Sky Blues midfielder Jack Burroughs told how he is enjoying his loan spell with Scottish Premiership side Ross County.

Burroughs joined the SPL side for a season long-loan, as he looks to continue his development and earn some first team football.

The 20-year-old has made five appearances since moving north of the border and told how he is relishing his chance to play week in week out.

“I’ve had my first few weeks to settle in and ever since I’ve started playing games, I’ve really enjoyed it.

“I think it is the right time to prove I can hold myself in a first team environment and be trusted to play men’s football week in week out.”

The move to Ross County meant leaving the City of Coventry for the first time in his career, having risen through the ranks at the Sky Blues.

Despite a short loan-spell with Gloucester City last season, this move to Scotland was the first time Burroughs has left home and he revealed how it was an exciting time in his life.

“It’s a lot different to what I’m used to, everyone knows I’m from Coventry, so the contrast to what I’ve had, to what I’m experiencing now is literally the opposite end of the spectrum.

“It took a couple of weeks to get used to the daily routine but since I’ve settled in, I’ve really enjoyed it, I’ve integrated well into the group, and I’ve got no complaints.

“It was a step into the unknown going into a group of lads that I’ve never met before but obviously I had the excitement of going to play games at a really high level in stadiums in front of big crowds, so it was a mix of nerves and excitement but mainly excitement.

“Wherever you go you’re going to be treated well and the lads are going to be good with you, so I was more excitement than nervous.” 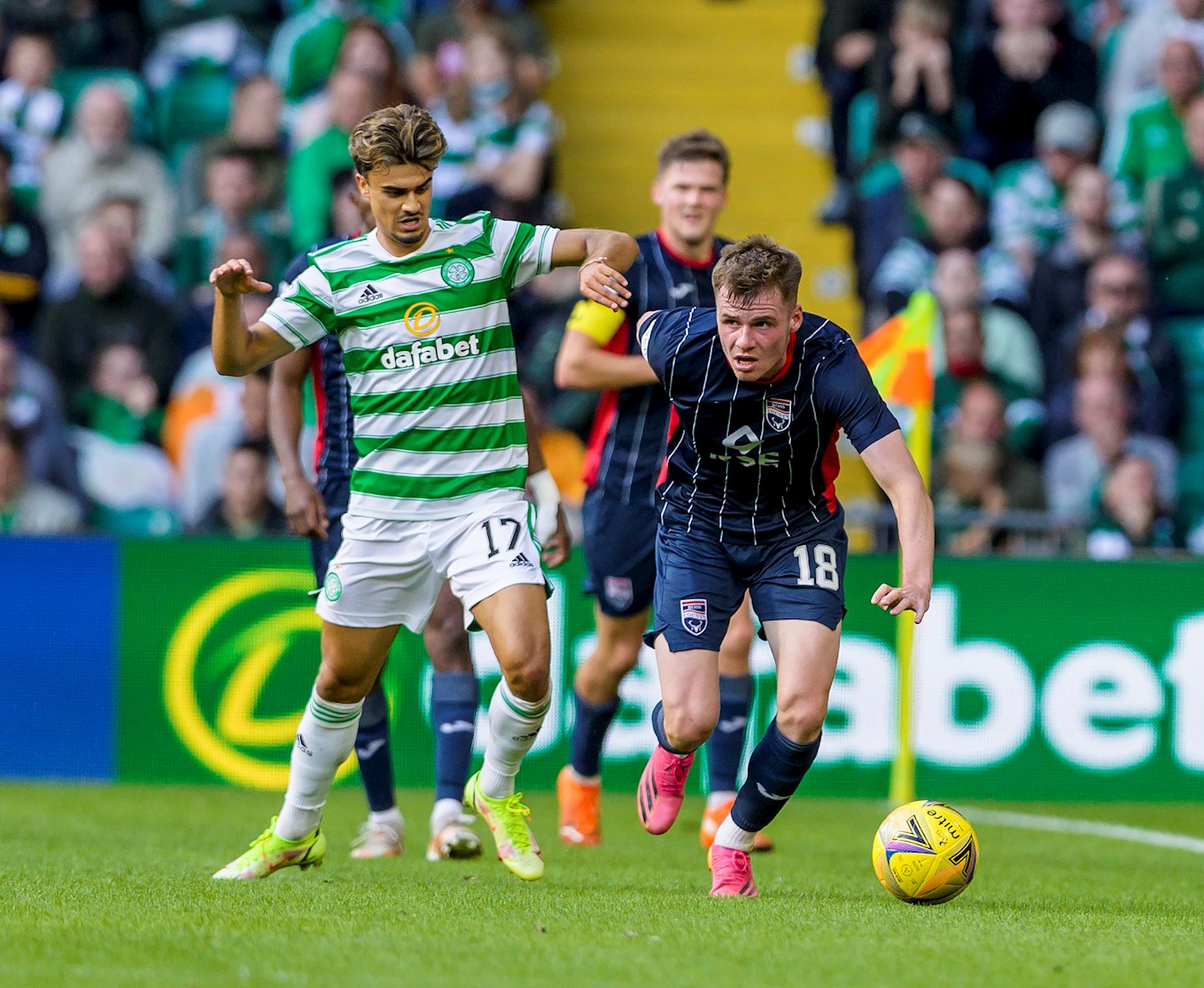 It hasn’t all been positive for Jack since his move to Ross County, as the midfielder unfortunately suffered an injury setback which ruled him out having made his debut.

“I had the set back of getting injured in my third or fourth week there but ever since I’ve come back from injury, I’ve been playing regular football which is what I’ve come here for so I’ve been really enjoying it.”

The move has also helped Burroughs and his pursuit on the international stage as he has once again been called up to the Scotland Under-21 side for their upcoming fixture against Denmark.

“That was one of the big things coming up here, the gaffer at Ross County worked with me when I was in the Scotland u19s so that was a big part in coming up.

“Playing in this league with people that are playing international football for Scotland you get to come up and prove you can hold yourself at that level and puts you in good stead in terms of call ups further down the road.

“Obviously you’ve got Celtic and Rangers in the SPL and you’ve got a load of teams in the league that were playing in Europe at the start of the season and even the teams at the bottom of the table play good football so every game is a real test no matter who you are coming up against home or away.

“It’s a real challenge playing in this league, playing different positions and coming up against experienced players so it’s all good learning for me at this stage.”

As Jack mentioned, since linking up with Malky Mackay and his side, Burroughs has been used in several positions, including centre-midfield, right-back and left-back.

“I played centre-midfielder in my first game against Hibs, and then at Celtic Park I played right-back and then the last three games I played at left back so I’ve been moved about quite a bit but no matter where it is I play, it is about being out there on the pitch and starting so I have no complaints.

“Any position I’ll play and give it my best shot as it’s good to show you are versatile and that the manager can trust you in a number of positions.”

Ross County currently find themselves 11th in the Scottish Premier League with three points on the board after eight games.

The Scottish side look set to be involved in a fight towards the bottom of the table, but Burroughs is confident in his sides ability to pull themselves away from danger.

“Ross County have one of the lowest budgets in the league, if not the lowest but we have been playing really good football and once we start getting the points on the board, we’ll be really good and start collecting points.

“It’s great having stuff to play for, because in development football it’s all about getting better but now it is about implementing it and using what you know to help the team getter results and further your career.”