Coventry City won the first encounter against Nottingham Forest, securing a 3-1 victory in the FA Cup in February 1910.

City have won 19 games overall against Forest, with the last win in October 2011 thanks to a sole Lukas Jutkiewicz goal. The matches have ended in a draw 28 times and Forest have won on 46 occasions.

Ahead of Tuesday night’s next game in the series between the two teams, this time at St Andrew’s, we look at three of the classic games… 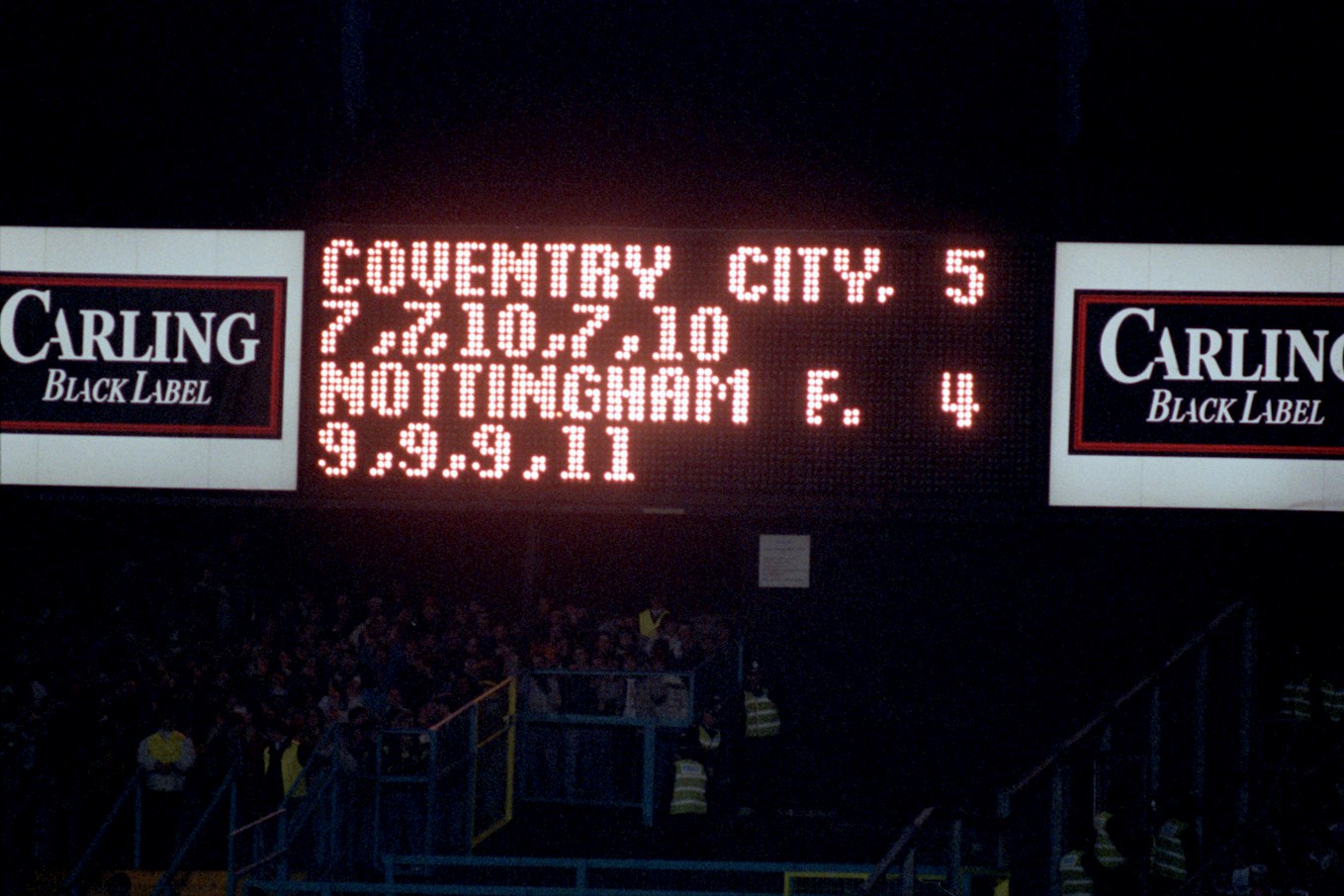 Winners of the trophy in 1989 and 1990, Forest were beaten 5-4 by the Sky Blues in a thriller at Highfield Road in the League Cup.

Terry Butcher’s City side were 4 goals to the good with only 35 minutes on the clock. Kevin Gallagher struck from close range after David Speedie's header had been blocked on the line by Steve Hodge before he added his second a minute later, when Cyrille Regis played him in and the forward's mis-hit cross looped over Mark Crossley and into the far corner to make it 2-0.

The scoring continued as Steve Livingstone crashed home after a mix-up in the Forest defence and it was soon four as Gallagher completed his first half hat-trick with a close-range shot after Forest failed to clear the ball.

With City four goals ahead and seemingly in the hat for the next round, Nigel Clough, son of Forest boss Brian, netted a hat-trick of his own before Garry Parker scored to bring the tie level at 4-4. Just after the hour mark Livingstone would net what would turn out to be the winner. Micky Gynn's corner was volleyed back in by Cyrille Regis and as the ball came out, Livingstone headed home.

City progressed to the Quarter Finals but would be knocked out to eventual winners Sheffield Wednesday. Despite that, Sky Blues fans will remember this incredible clash with Forest for many years to come.

Ahead of tomorrow, we go back to 1990 for this classic League Cup tie against Forest - the Sky Blues winning 5-4! #PUSB pic.twitter.com/KIjwwiaVYb 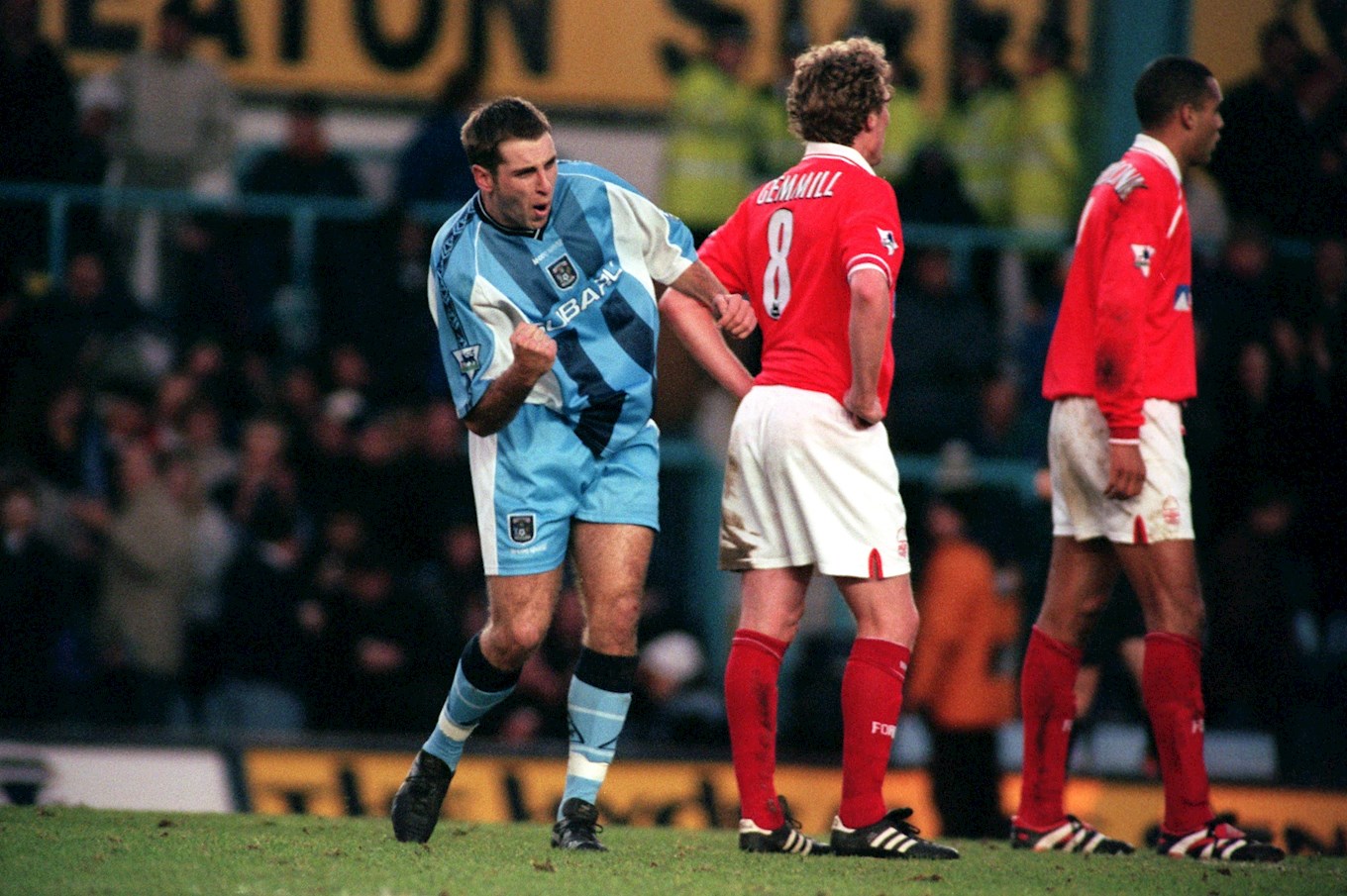 Darren Huckerby was in scintillating form as the Sky Blues tore apart Forest at Highfield Road. Having netted a hat-trick against Macclesfield in the FA Cup a week earlier, the striker was at it again as the away side simply couldn’t cope with him – and he was unlucky not to net more.

For his first just before half-time, a cross into the box was flicked on by Noel Whelan to Huckerby who hit a rasping angled shot into the net. For the second, he picked up the ball just outside the centre circle and went out towards the right wing, hitting the ball from the right hand edge of the box and over Dave Beasant into the Forest goal.

Paul Telfer got in on the action to make it 3 with a superb volley from the edge of the D after Forest failed to clear a Sky Blues cross.

Huckerby completed his hat-trick on 75 minutes. He got the ball just inside the Forest half, embarked on a mesmeric run through the opposition defence before calmly slotting the ball home to complete the rout.

For Darren Huckerby's birthday we go back to January 1999, when he was on top form and got a hat-trick in a 4-0 win over Nottingham Forest! #PUSB pic.twitter.com/BbhPfCQ2NT 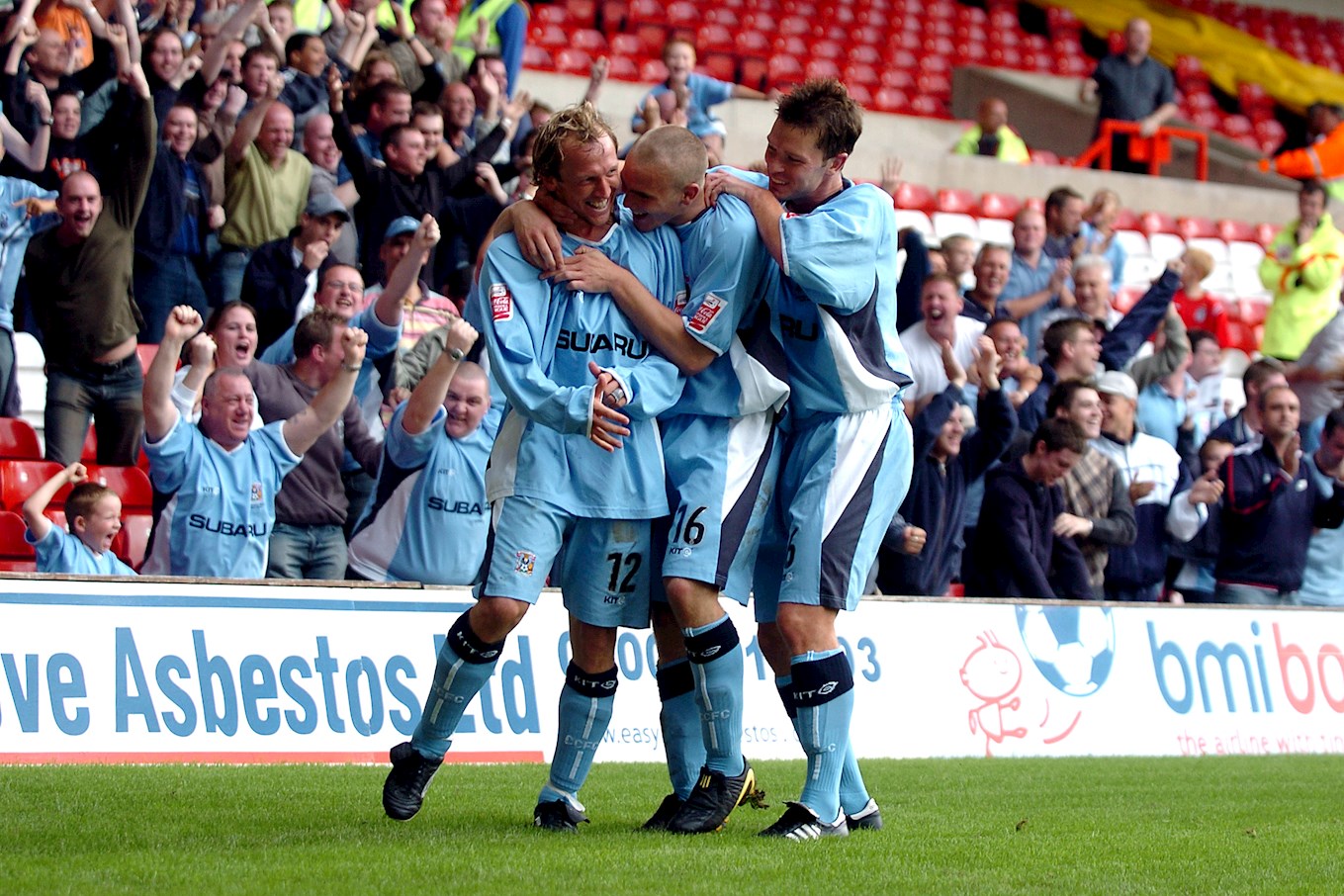 A memorable away day for Sky Blues fans, as City came back from the East Midlands with all three points.

Peter Reid’s side went ahead at the City Ground when Andy Morrell headed home a corner after 41 minutes. Morrell doubled the lead seven minutes after the break when goalkeeper Barry Roche's clearance cannoned off him and into the net following Andy Impey’s poor back pass,

In-between Morrell’s goals, Forest had striker Gareth Taylor sent off for violent conduct after he elbowed Tim Sherwood. It got better for the Sky Blues when striker Eddie Johnson nodded in Graham Barrett's centre after 59 minutes to make it 3-0.

Stephen Hughes' smart finish made it 4-0 on 70 minutes before David Johnson's header from Andy Reid's cross gave Forest a consolation.