The Sky Blues bowed out of the FA Youth Cup in the Third Round after suffering defeat to Leeds United at the Coventry Building Society Arena.

City forced the Leeds United ‘keeper, Harry Christy, into the first save of the match after Justin Obikwu found Jayden Smith who ran into the box and fired the ball towards goal, but Christy caught it at the near post.

Evan Eghosa then collected the ball on the edge of the box and beat his man only for shot to be blocked with Shay Young collecting the rebound, but he couldn’t get his shot away as the Sky Blues built up some early pressure.

Leeds responded by creating a chance of their own when the ball was cut back from byline to Charlie Allen, but his shot was straight at Charlie Callaghan, with the young City keeper dealing with it comfortably.

Sam Rodber then latched onto a backpass but Christy denied the Sky Blues forward but the ‘keeper couldn’t keep hold of the ball with Obikwu finding Young on the edge of the box, but he fired over.

The visitors won a free kick, but Jeremiah Mullen could only head Allen’s set piece wide of the target.

As City pushed for an hour, Obikwu was played in and found himself one on one with Christy, but he was denied by the ‘keeper’s chest.

Young then whipped in a cross that found the head of Rodber and the striker was unlucky to see his effort hit the bar and go over.

Obikwu then played in Ryan Howley but his shot towards the near corner was saved by the diving Christy.

The hosts went close again when Rodber ran across the box before crossing the ball to the back post for Callum Perry but his header off balance went wide.

Lui Bradbury then set up Keenan Carole, but Callaghan was equal to the winger’s shot.

In what was an initial quiet start to the half the only piece of meaningful action saw Howley have a shot blocked.

However, the visitors found a breakthrough when Bradbury curled an effort in off the far post from just inside the box eight minutes after the restart.

As City went in search of an equaliser, they found the woodwork again when Young’s cross was deflected onto the crossbar before being scrambled away.

Howley then ran at the defence and got a shot away however Christy caught his effort mid-flight.

At the other end Max Dean forced Callaghan into a good save down to his right but as City struggled to clean the corner, and after the Whites recycled the ball Dean managed to fire the ball past two defenders to find the back of the net.

With the home side trying to half the deficit Obikwu slid in Howley, but he was unable to get his shot away.

Dean then managed to work another opportunity, but he could only drag his effort wide of Callaghan’s near post.

The Yorkshire side netted a third when Mullen crossed to the backpost for Marley Wilson to head in.

Obikwu headed across goal, but Mullen cleared before Archie Gray’s first time shot was saved by Callaghan at the other end.

Tristen Batanwi then forced Christy into a good save as the substitute shot across goal with the ball heading for the corner.

With three minutes remaining City got on a deserved goal when Howley drove into the box, with his cross pushed away by Christy into the path of Obikwu who converted from close range.

Leeds re-established their three-goal lead on the stroke of 90 minutes with Dean grabbing his second of the game when a long ball over the top was controlled by the striker who fired past Callaghan. 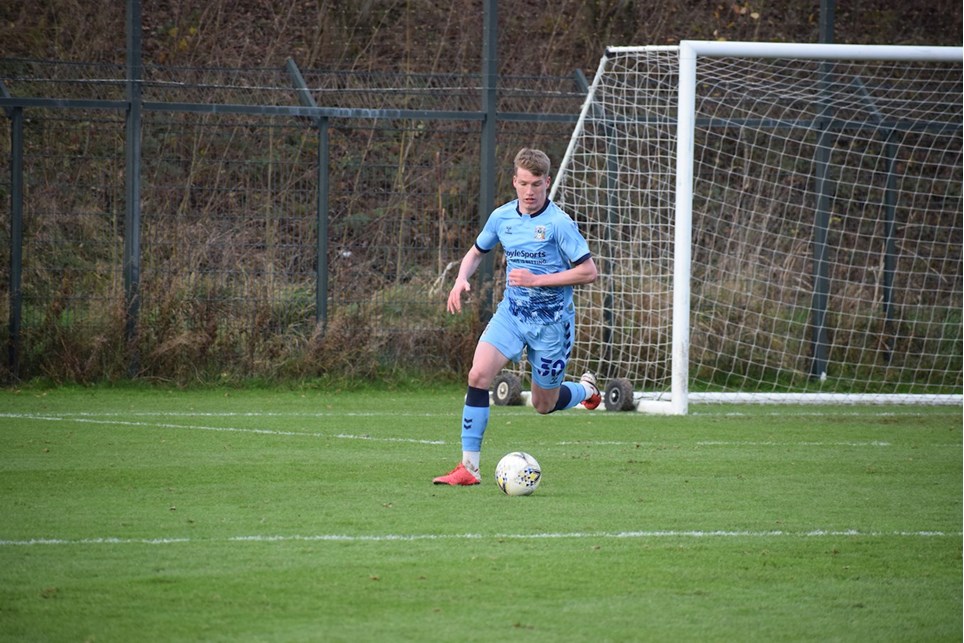