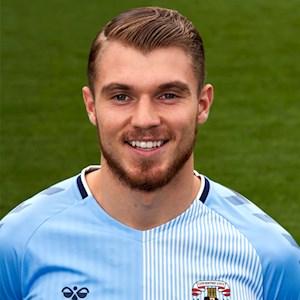 Wakefield joined the Sky Blues on Deadline Day of the January Transfer Window in 2019.

Wakefield started his career in the youth set-up with hometown club Brighton & Hove Albion, but after impressing at Under 12 level he alerted the attention of Chelsea.

After working his way through the youth system, Wakefield would go on to sign his first professional contract with Chelsea in 2017, before being sent out on loan to Stevenage.

Wakefield would then join the Sky Blues on a one-and-half-year contract, making his debut two days later against Gillingham.

The winger struggled with injuries during the 2018/19 campaign and went on to make eight appearances off the bench.