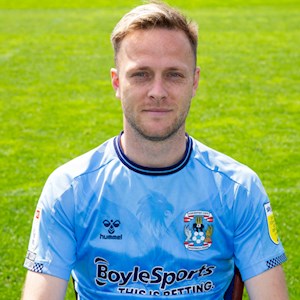 Todd Kane joined the Sky Blues from Queens Park Rangers for an undisclosed fee in 2021.

The defender, who can play at right-back or left-back, joined QPR in 2019 and had played 65 games for the club, scoring three goals, when he made his exit.

While at the Blues, Kane enjoyed a number of loan spells away from Stamford Bridge, most notably in the Championship with Blackburn Rovers and Hull City.

During his debut season with the Sky Blues, Kane made 31 appearances. He also scored one goal and registered four assists.

His one goal came against Bournemouth in a 2-2 draw at the Vitality Stadium, while his assists came against Peterborough, West Brom, QPR and during an FA Cup clash with Derby County.


Following Todd Kane’s first start of the season, the defender provided his thoughts on a hard-earned 1-1 draw away at Millwall this afternoon.