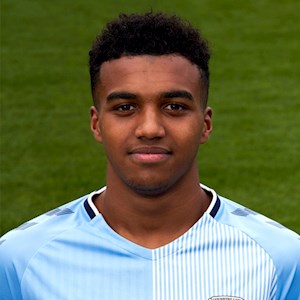 In On Loan
Norwich City

Sam McCallum joined the Sky Blues in a three-year deal on Deadline Day back in August 2018.

The defender originally linked up with Under-23s coach Jason Farndon ahead of the new season, as he looked to continue his rise in recent years.

Sam spent the 2017/18 season with Herne Bay Football Club and was also part of the England Schools’s Under-18s at the start of the year.

The defender would go on to achieve a season of firsts during the 2018/19 campaign.

He made his debut against Cheltenham Town in the Checkatrade Trophy, before making his football league debut against Southend United.

McCallum didn't have to wait long for his first start, as that would come against AFC Wimbledon in January of 2019.

Overall, Sam would make eight apperances in his first season with the Sky Blues.

The following season would become the defender's break-out campaign as impressive performances earned him a run as first choice left-back.

However, these didn't go unoticed and in the January window of 2020, McCallum departed the Sky Blues to join Premier League side Norwich City, heading back to City on loan until the end of the season.

And McCallum couldn't seem to stay away, as once more he returned to City for the 2020/21 Championship season, on a season-long-loan.