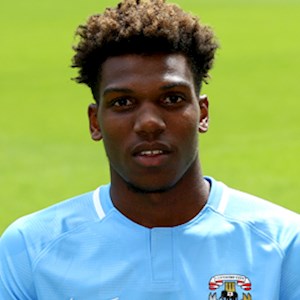 In On Loan
Chelsea

Sterling has been at Chelsea since he was eight-years-old, having joined the Blues in 2007. He scored in both the semi-final and final of the FA Youth Cup during the 2015-16 season as Chelsea won the competition, earning promotion to the U23 squad for the 2016-17 season aged just 16.

He would quickly become a key figure for the U23s appearing in 24 games and scoring 4 goals. In October 2016, Sterling signed his first professional contract with the club on his 17th birthday. He would make his debut as a substitute just under a year later as Chelsea beat Nottingham Forest 5-1 in the third round of the EFL Cup.

In order to gain more first-team experience, Sterling joined the Sky Blues in June 2018 on a season-long loan.