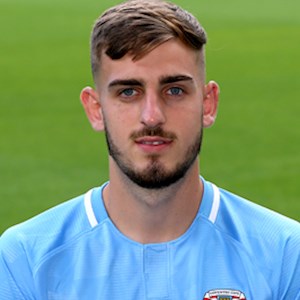 Chris signed his first professional contract with City last summer, following his rise through the ranks within the youth set-up.

Following his experience in the first team, Camwell joined Solihull Moors on loan during the 2017/18 season, in order to gain a taste of more football.