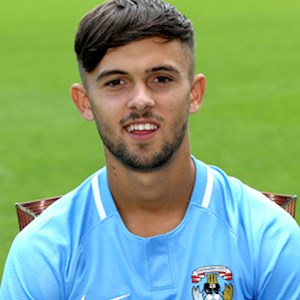 Winger, Billy Stedman signed his first professional deal with the Sky Blues at the end of the 2017/18 season.

The exciting talent impressed on numerous occasions for the Under-23s last season, scoring several goals during his run-outs.

Stedman made his debut for Coventry City after he came off the bench against Arsenal Under-21s in the Checkatrade Trophy.