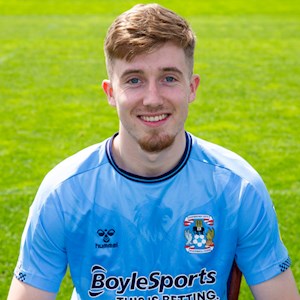 Josh Eccles continued the proud history of the academy promoting youth players into the first team when he signed his first deal with the club.

The midfielder then signed a new deal, months after his first following an impressive run of displays.

He then made his debut for the Sky Blues when he started in midfield at the Jonny Rocks Stadium against Cheltenham Town in Checkatrade Trophy action.

The 18 year-old has also been a regular for Jason Farndon's Under-23s, as they reach the Professional Development League semi-final in the 2018/19 campaign.