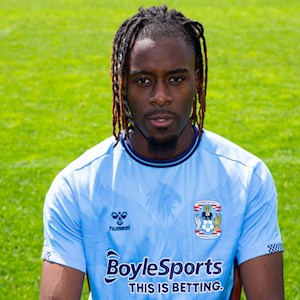 At only 16 years of age, Jonny Ngandu is the youngest member of the Under-23s side, having been promoted at the start of the season.

Jonny signed his Under-18s deal at the end of last season, having risen through the ranks at Coventry City.

However, after a string of impressive performances, Ngandu has featured heavily for Jason Farndon’s Under-23s games all season.

The winger was also part of the first team matchday squad that faced Arsenal Under-21s in the Checkatrade Trophy at the Ricoh Arena.