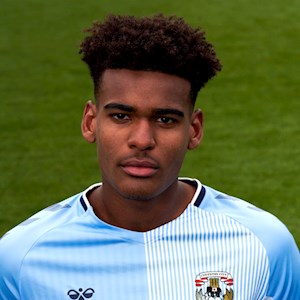 Coventry City confirmed the signing of defender Morgan Williams from Mickleover Sports for an undisclosed fee.

Williams was on trial with City's Under-23s towards the back end of the 2017/18 season and impressed during his spell with the club.

The centre-back put pen to paper on a two year-deal with the Sky Blues.

Morgan was a key figure for Mickleover before joining City and was named in the 2017/18 Northern Premier League Team of the Season.

Williams made his debut for the first team in the Checkatrade Trophy Group fixture against Arsenal Under-21s.

The centre-back would go on to make his first football league start in 2019, as he partnered Tom Davies against Fleetwood Town in a 2-1 win.