The Sky Blues slipped to defeat against Bristol City in the Professional Development League.

Fabio Tavares had the Sky Blues first real chance when he was on the end of Will Bapaga’s cut back, but he couldn’t get the connection he would’ve like and his shot was blocked.

Bapaga himself created his own opportunity when he beat one man and then another before looking for goal, only to see his shot saved by the Robins ‘keeper.

It was the hosts who came closest to opening the scoring when Sam Bell latched onto a loose ball inside of the box and saw his shot come back off the woodwork.

Cian Tyler kept City on level terms five minutes later, as he was quick off his line to deny Janneh who had reached Benarous' through ball.

Tyler could do nothing to prevent Bell giving Bristol the lead when he was on the end of a ball over the top and fired past Tyler to put the Robins 1-0 up.

The Sky Blues pushed for an equaliser and they had their best chance of the half when some good work down the left by Ryan Howley saw the midfielder pick out Bapaga inside of the box, but he fired wide from close range.

City would be left to rue that missed opportunity when Bristol doubled their lead after Sam Bell played the ball across goal for Janneh and he slotted home.

There was still a chance for City to get one back before half-time, but Fabio Tavares saw his shot saved by the Robins ‘keeper.

After the break, the hosts were awarded a penalty after the referee spotted a handball inside of the Sky Blues area. Tommy Conway stepped-up to take the spot-kick and he converted past Tyler.

Conway didn’t have to wait long to find his second of the game, as moments later he dribbled his way into the box and found the back of the net once more.

City did eventually get one back and it came through an outstanding free-kick from Ryan Howley, which may or may not have crossed the line, but it didn’t matter as George Burroughs was there to head the ball home regardless.

The Sky Blues added to the tally with five minutes to go and this time it was Burroughs’ centre-back partner, Jay McGrath who rose highest from a corner to halve the deficit from ten minutes earlier.

City continued to push for another, but ultimately they fell to defeat in their final fixture of the Professional Development League.


The Sky Blues secured the Professional Development League title for the first time after beating Bristol City at Ashton Gate.


The Sky Blues wrapped up their second consecutive Championship season with a 1-1 draw against Stoke City at the bet365 Stadium. 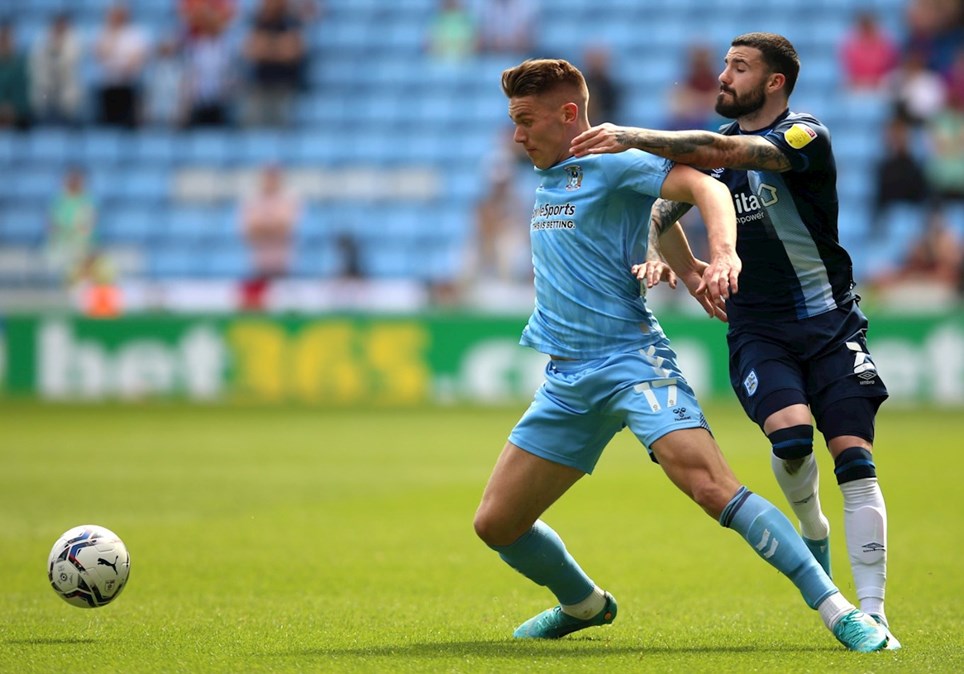 
The Sky Blues' final home game of the season ended in a 2-1 defeat against Huddersfield Town this afternoon, as Viktor Gyökeres struck late to halve the defecit from Harry Toffolo’s curling effort and...