Mark Robins is the latest in a long line of Sky Blue Supremos, the men who have tried to bring success to City. In the return of this series, first published in matchday programme PUSB, writer Rob Mason reflects on the highs and lows on those who have occupied the hot-seat.

Taking over from Noel Cantwell, who had been sacked having led City in their first five seasons as a top flight club, Bob Dennison answered the call, taking charge of a dozen City matches at the end of the 1971-72 season.

With two points for a win, he steered City to a position of 18th out of 22 clubs, eight points clear of Nottingham Forest and Huddersfield who were the two who went down in an era when you could be 20th and stay safe.

Perhaps it was ironic that Dennison was asked to take over. Having been Chief Scout at Highfield Road since December 1967 it could be argued he could have done more to provide Cantwell with playing talent, but that would not tally with the calibre of footballers he unearthed for the Sky Blues. Danny Thomas, Mark Hateley, Andy Blair and Garry Thompson were all Dennison discoveries and having had an extensive playing and managerial career himself he knew the game inside out.

A 1-0 defeat against Elland Road against Leeds United had been the last straw for the Coventry board who dismissed Cantwell a day later. Their minds must have already been made up. A single goal defeat to a rampant Leeds side who had won their two previous home games 7-0 and 5-1, against Southampton and Manchester United, seemed harsh. In between those victories Leeds had won at Cardiff to reach the FA Cup quarter-finals. It was a trophy they would go on to win that season but they would miss out on the league title by a point – to Derby under Brian Clough and Peter Taylor, a duo Dennison had brought together for the first time at Middlesbrough.

It had been a cup defeat for Coventry against second division Hull a month earlier that had signalled the curtains closing on Cantwell. Since that beating Coventry had drawn away to a struggling Palace side coming off the back of a 4-1 defeat (albeit at Anfield), followed by a tame goalless draw at home to Wolves who had conceded five in their previous away game. They had also trailed 2-0 at home to Sheffield United when they were saved by an abandonment. 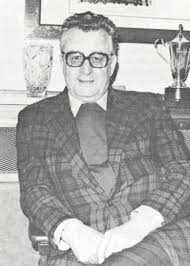 Entertaining West Brom five days after taking over, Dennison saw goals from John Wile and Ally Brown bring a 0-2 defeat at the hands of a Baggies side managed by future Sky Blues supremo Don Howe. A midweek meeting with West Ham brought a point from a 1-1 home draw but three defeats with eight goals conceded left Coventry plummeting in the wrong direction at Easter.

Without a league win since New Year’s Day, only four points had been taken from 11 games when Everton came to Highfield Road on a Tuesday evening. Fortunately, The Toffees were also without a win in 11 games, although most of those had been drawn. It proved to be the turning point as two goals from Ernie Hunt, one a penalty, inspired a handsome 4-1 win. It was the first time home fans had enjoyed a four goal haul in over two years.

Despite a 3-1 reverse away to the red half of Merseyside the win over Everton restored belief. Hunt’s fourth goal in three games secured a crucial win at Huddersfield. When this was followed by a decent draw with Manchester City and a 3-2 win over Sheffield United; both at home, suddenly City had registered three wins a draw and a defeat at Liverpool from five games.

While the season petered out with 1-0 defeats at Leicester and at home to Arsenal, Dennison had done his job and kept Coventry up. Having turned 60 a week before taking over at Highfield Road, Bob had made it clear he did not want the job full time. Clearly though he was an asset to the club and when the managerial duo of team manager Gordon Milne and General Manager Joe Mercer were installed Dennison remained as assistant manager. Although he retired six years later he retained a part-time scouting role.  Retiring to Kent, Bob Dennison died in Margate on 19 June 1996 at the age of 84.

Coming from a Scots family Dennison was the only one of 11 children born south of the border, although only just, in Amble, Northumberland on 6 March 1912.  Beginning his football career with Radcliffe Welfare the exchange of ten pounds secured his signature for Newcastle United in May 1929. 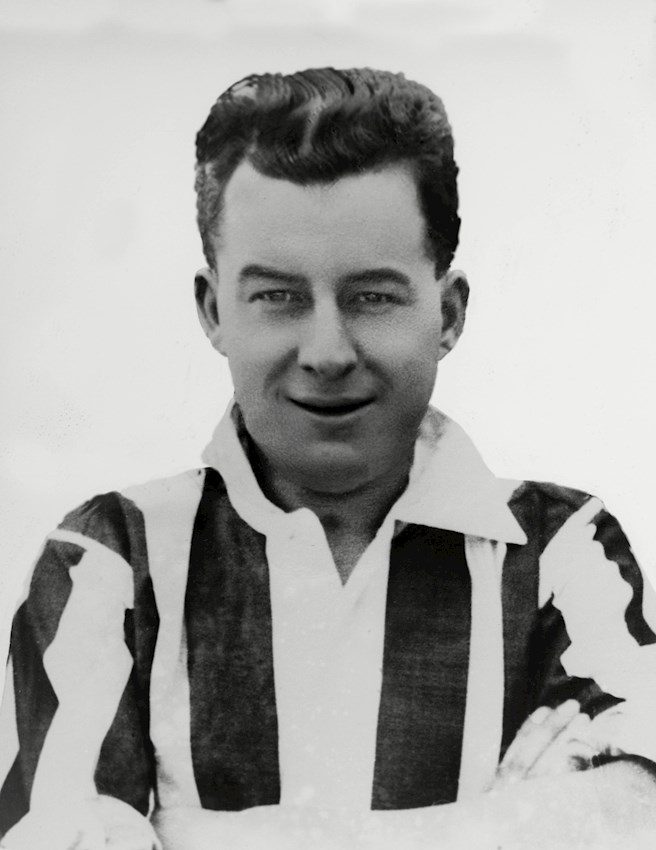 By the time of his debut for The Magpies, at home to Sheffield United on 18 February 1933, Bob had been converted from an inside left to a left half. The following season he got nine games and a couple of goals against Sheffield United and Aston Villa (In his final home appearance) but suffered the ignominy of being part of the first ever relegation side of the Tynesiders who were FA Cup holders at the time of his debut.

A fee of £1,400 took Dennison to Nottingham Forest in May 1934 but after just one season he was on the move again, this time to Fulham, making his second appearance back at Newcastle where his new side were thrashed 6-2. Bob remained at Craven Cottage until the outbreak of World War Two in 1939 but he was very much a fringe player, never playing more than a dozen games in a season.

During the war Bob played as a ‘Guest’ for Northampton with the club subsequently paying a post-war fee of £450 for a player by then well into his thirties. Dennison’s role with The Cobblers saw him also become assistant manager before taking over as boss in March 1949. Unable to avoid having to apply for re-election having taken over at the same point of the season as he would later do at Coventry, the following season Dennison took them to runners up spot. In the days of the regionalised Division Three this wasn’t sufficient for promotion and the following year Northampton struggled and again finished in the re-election zone. The yo-yo experience continued with a lift to eighth in 1952. With Coventry relegated that season the sides met the following season, with City losing away and drawing at home, the latter coming 65 years ago today.  Dennison’s free-scoring side netted 109 times in finishing third, three places ahead of City.

Northampton couldn’t score against Coventry in what was Bob’s final season as his side finished fifth. Unlike many a club employee he didn’t need to depend on his job in football. Simultaneously employed in the timber business he insisted on having control of team affairs, a stance which led to him leaving the club in the summer of 1954.

Moving from Northampton to the north, Bob’s next stop was on Teesside with Middlesbrough where he would stay until January 1963, doubling up as club secretary between 1955 and ’61.

In this day and age Dennison probably wouldn’t have survived his first couple of months at ‘Boro who had just been relegated from the top-flight. A good draw at Plymouth on the opening day of the season preceded eight defeats in a row, a run that included a 6-1 hammering at Ipswich. Things turned around when five wins out of six culminated in a 6-0 win over West Ham -  only for Boro to lose 9-0 seven days later at Blackburn!

A first season finish of 12th was followed by seven seasons where the club hovered between 14th and fifth, but at a time when it was top two or nothing in the promotion stakes.

At Coventry Dennison did well with the players he brought through. Amongst the players he introduced at Ayresome Park was Brian Clough. Now known as a fantastic manager with enough character to make Jose Mourinho seem dull, Cloughie was even better as a striker!  The fastest player ever to score 250 league goals, Bob gave Brian his debut 63 years ago this weekend and then watched him score 204 goals in 222 games before selling him to Sunderland in 1961.

Clough scored against Boro for The Wearsiders in a 3-3 draw Dennison’s last home game before Dennison departed in January 1963 even though his side were unbeaten in five, during which they had scored 15 times. 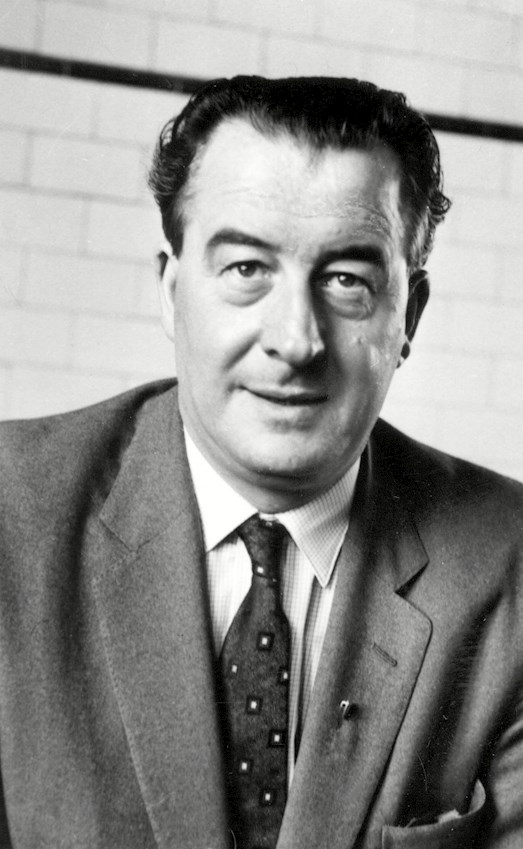 A bleak winter meant no football was played by Boro in January 1963. On the 10th of that month a bombshell reached Bob when he was told to clear his desk and leave the club despite having 19 months left on his contract. In due course Dennison won his case for unfair dismissal but it was an unhappy ending for a man who remains Middlesbrough’s longest serving post-war manager.

Re-surfacing later that year at Hereford United who were in the second tier of the Southern League he led them to their league title in his first full season and third in the higher tier before coming to Coventry.  Dennison already had a family connection with the club, one of his brothers having debuted for Coventry when Bob was only 10. Jack Dennison had played four games for City in the early twenties while in later years Bob’s own son Richard would serve City as Secretary, a role he also held at Port Vale and Gillingham.

The Dennison stamp is firmly on CCFC and while Bob was only briefly the Sky Blue supremo he served the club honourably -  and in introducing Brian Clough and Peter Taylor left an indelible print on the wider game. 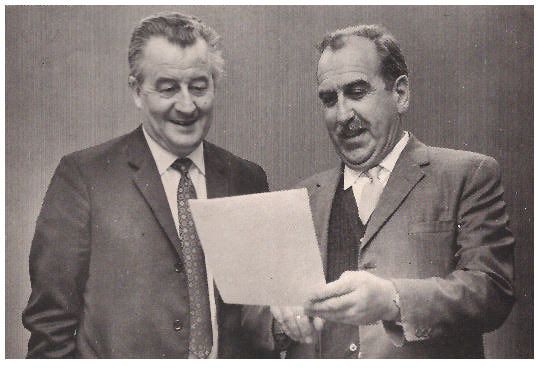 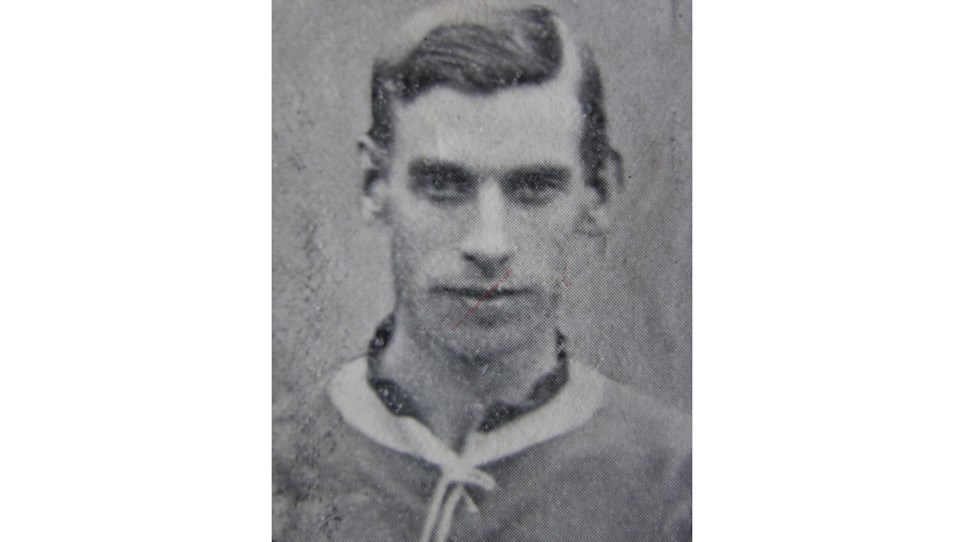 SUPREMOS: A profile of Harry Buckle 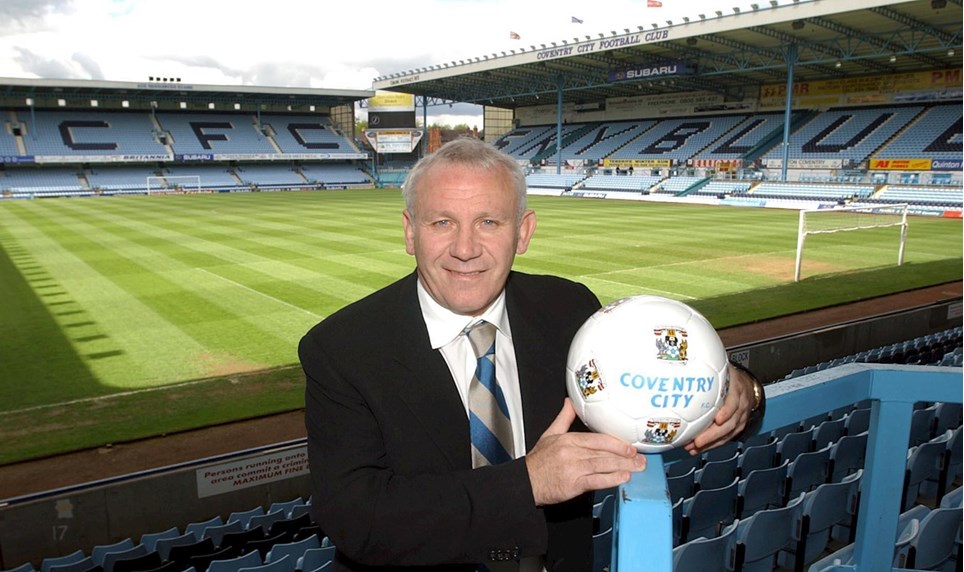 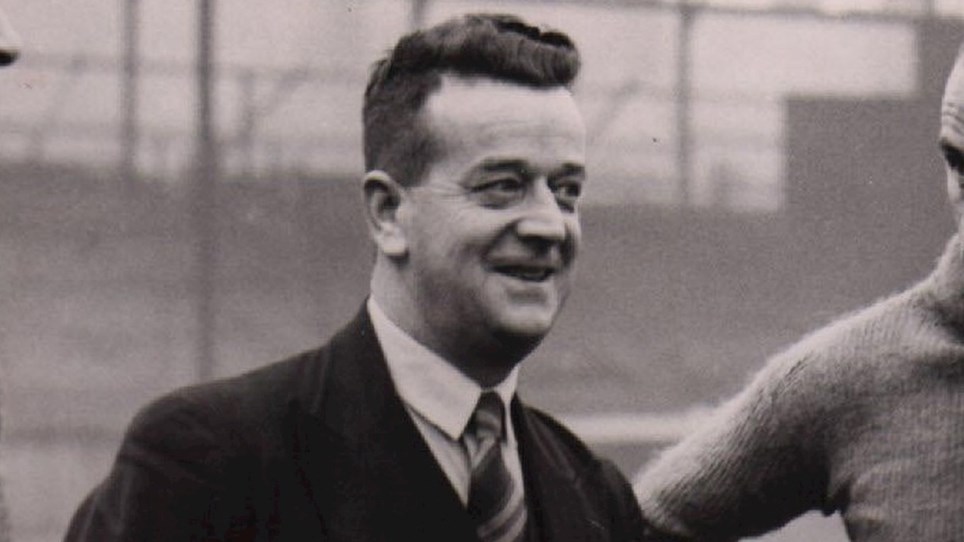 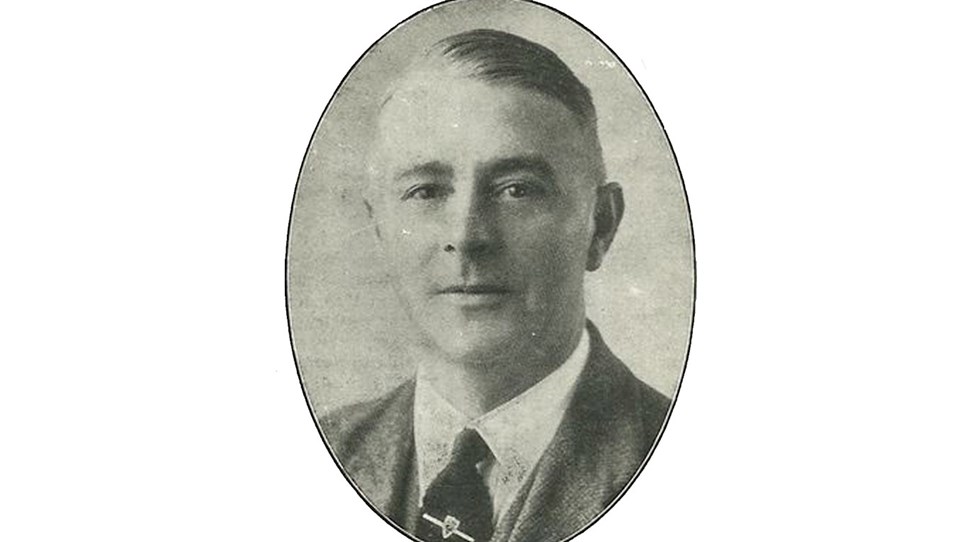 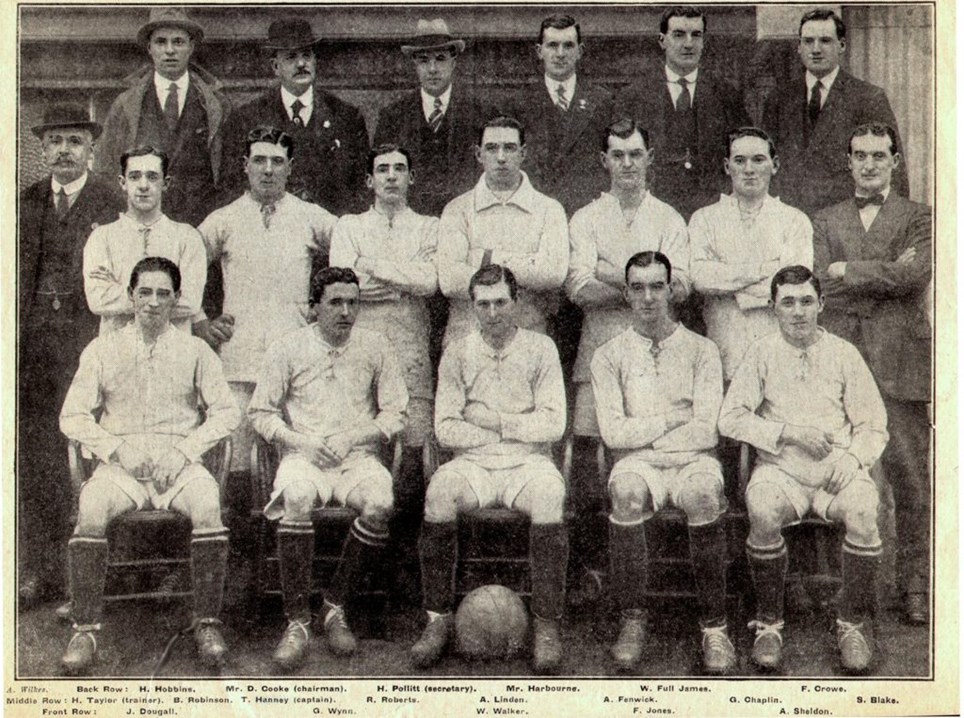 SUPREMOS: A look at the controversial career of Harry Pollitt 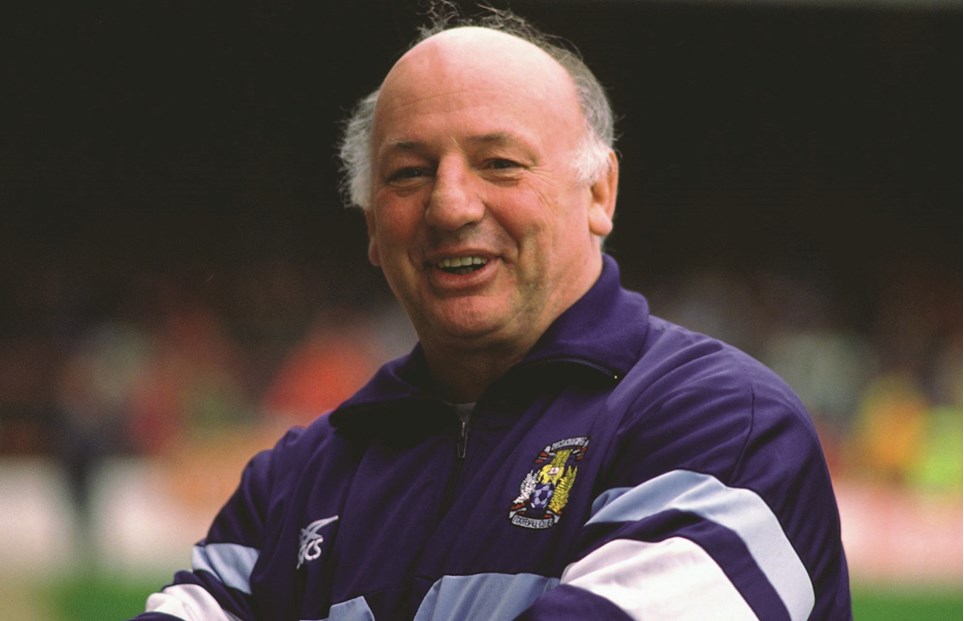 
John Sillett, who has sadly passed away at the age of 85, is a truly legendary figure in Coventry City’s history. 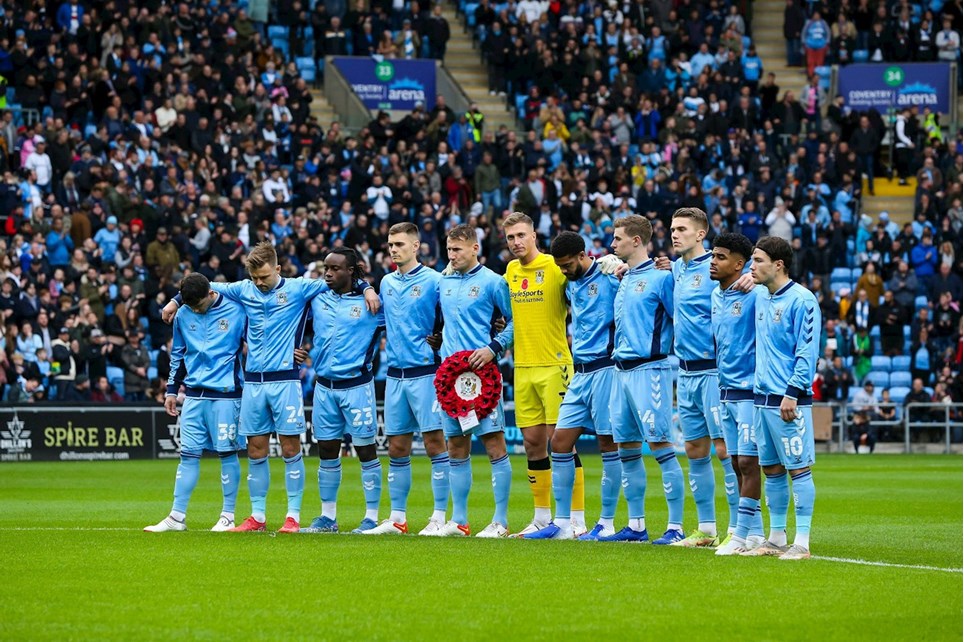 
Today is Armistice Day, when the country pays tribute to those who have fought and died for our country in our Armed Forces, and those who still serve today. 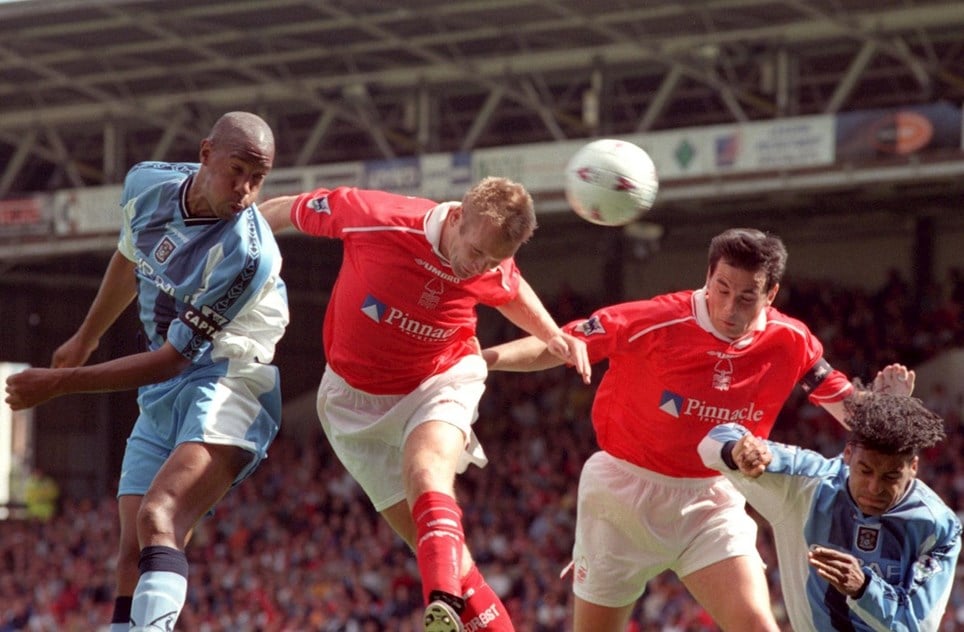 
After looking back on some of our players from the 1980s as part of Black History Month, today we turn our attentions to two of our stars from the 1990s.