The Sky Blues secured the Professional Development League title for the first time after beating Bristol City at Ashton Gate.

It was the perfect start for the Sky Blues as they took the lead inside the first four minutes of the game.

Fabio Tavares picked up the ball wide right and cut inside to get a ball back across goal for Marco Rus to fire home and make it two in two for him.

Then just a few minutes later, the lead was doubled for City and it was Ricardo Dinanga who picked up the ball on the edge of the area and forced his way into the box, before the ball broke for Ryan Howley and he slotted the ball into the back of the net from a tight angle.

City almost had a third ten minutes later, but Bristol City were saved by the woodwork when Will Bapaga’s shot from a tight angle came back off the post.

The hosts grew into the game as the half went on and Cian Tyler was called into action multiple times to deny the Robins.

Firstly, a free-kick from Marley Rose saw Tyler get down low to his right, before he produced a splendid stop to deny Tommy Conway from around seven yards out.

However, Cian could do nothing to prevent Owura Edwards firing in a goal for Bristol City from close range, as the hosts pulled one back.

The Sky Blues looked to restore their two-goal lead and they almost did through Bapaga, but his shot from the edge of the area was well saved by Will Buse.

City had the first chance of the second half and it was Dinanga who beat his man on the right, before being tackled and the ball breaking for Howley, but his shot from the edge of the area went wide of goal.

Howley was involved again minutes later when he was on the end of Josh Reid’s ball into the box, but Buse produced a fine save to deny his header.

City would be left to rue those missed opportunities as just on the hour mark, Tommy Conway fired Bristol City level with a low-drilled strike from just inside of the area.

The Sky Blues didn’t let that setback derail them and they came out fighting and were rewarded for their efforts when Jay McGrath’s shot deflected off his centre-back partner, George Burroughs, and found it’s way past Will Buse to put City back in front.

The hosts pushed for an equaliser, but the Sky Blues stayed strong and saw out the game to win the Professional Development League. 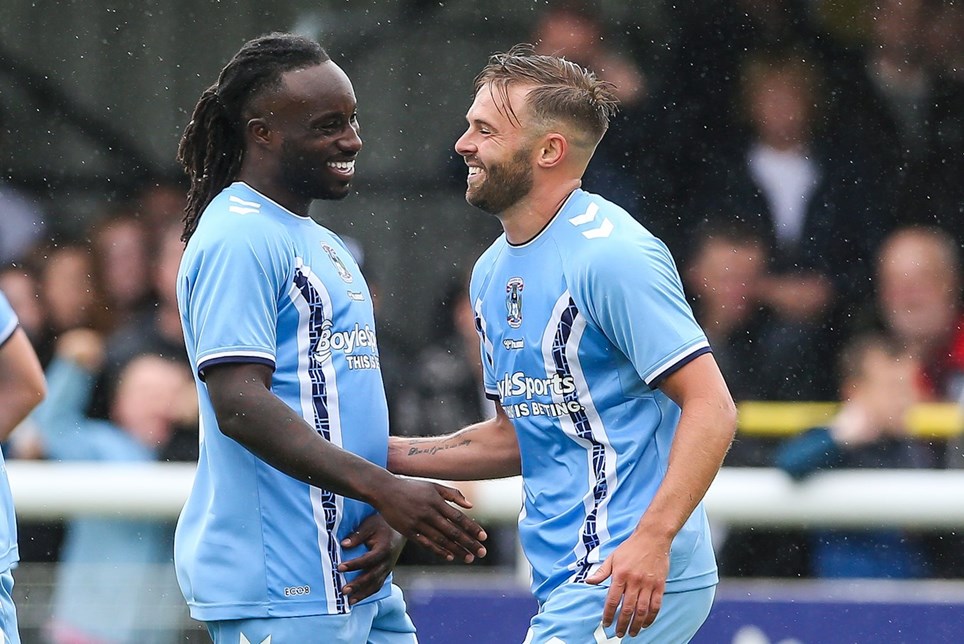 
The Sky Blues came out 3-1 victors against Leamington in their first game of pre-season.


The Sky Blues wrapped up their second consecutive Championship season with a 1-1 draw against Stoke City at the bet365 Stadium.


The Sky Blues slipped to defeat against Bristol City in the Professional Development League.