Sky Blues club captain Liam Kelly reflected on an injury-hit year, but one that he evaluates positively due to City’s success on the field.

The Sky Blues skipper reflected on what’s been a challenging season on his part after making his full recovery to return to the side.

“It’s nice to be back in amongst it, back training and in the match-day squad." He said.

“I missed the whole of last pre-season and the first three months of the season which was difficult trying to play catch-up, but I still managed to play a fair chunk of games and contribute to a good run of results.

“On the plus side, I’m back fully fit and strong now and just looking to get some game time and get a full pre-season in and be competitive heading into the start of next season to have a successful year again next year.”

Nonetheless, Kelly shared his delight at the progress the club have achieved this season on the field, but also off the field with the fans’ return to Coventry.

“When you look at the improvement from last year, the football club’s moving in the right direction.

“I’m pleased that the lads have done well and the football club has had a good season with the fans at the games and the atmosphere and we’ll be looking to finish it off strongly tomorrow.

“For both teams we’ll be going out looking to try and win the game, we need to make sure we play well and do what we’ve done all season, one final performance to go out there, play well and try and attack the game to come away with three points to finish off what’s been a good season and a season of progression for Coventry City.

“People look back at the league table and see where we finished, but I think you have to take confidence in how we performed and how long we stayed in that top six.

“The Championship is a difficult league, you’re going to have teams coming down from the Premier League, big clubs with big budgets who are going to be desperate to get themselves into the top six and get promoted back up.

“We just need to keep doing what we’ve been doing, which is working incredibly hard on the training ground, playing positive football and try to win games and if we do that, we’ll keep on improving and there’s no doubt that we can go on and have another successful year.” 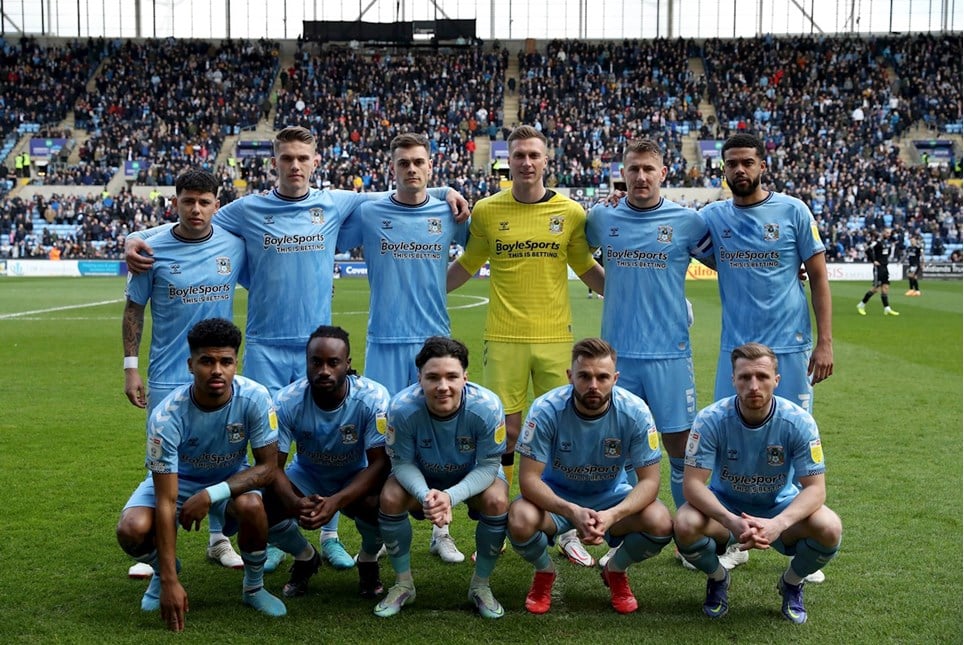