Coventry City reached finals in the Under 16s and Under 18s Professional Development League Cups for the first ever time, and Academy Manager Dan Bolas has reflected upon the achievement.

Both teams had the opportunity to play at the Coventry Building Society Arena during the campaign too, an experience that, alongside the competitive nature of the matches, Bolas believes will hold the young players in good stead going forward.

“It's been fantastic to have the opportunity to play stadium games with our boys this season,” said Bolas.

“We had the Under 16s Final there against Ipswich, which was a fantastic journey for them to get to that stage. Going through a competitive group stage, they got through a quarter final against Millwall on penalties having been 2-0 down, and then had a semi-final against Barnsley. They were 1-0 down with a minute to go and won 2-1 in added time, replicating the first team a little bit.

“The Final was at the CBS Arena, playing in front of fans. A lot of boys don’t experience that until they are Under 18s, so to have already experienced that as an Under 16, Under 15 or in some cases 14, that’s only going to stand them in good stead for their development.”

Though the result did not go the way of the young Sky Blues, it is an experience that they will be able to look back on as they progress through their careers.

“While the result wasn’t what we wanted in that cup competition, the experience that those boys have had – using the changing rooms, warming up on the pitch, having a bit more structure in terms of fans being there and the noise and all of that stuff - is only going to help in their development.

“Players in grassroots football do tend to play more competitive games than Academies, because of the emphasis on development at an Academy – playing in different positions, coaches having a more holistic approach to developing the player long term rather than just winning a competition.

“We do get into those competitions at older age groups, and it’s nice to spike them from a competitive point of view.”

The Sky Blues Under 18s also reached their Final, as well as putting in a strong showing in the FA Youth Cup, and excelled in the league too.

“The Under 18s do get the league competition so they are playing in the league consistently and they are getting that competitive football,” said Bolas.

“They had a really good season in the league and sat top or second throughout the season. but just fell away at the end when the games in hand caught up a little bit.

“We finished third in the league which has been the best season for a number of years and that is credit to John Dempster, Chay Thompson and the staff around who have been working with that group on a daily basis and providing that programme, not neglecting development and not neglecting challenging those players and pushing them.

“The cup competition was initially an opportunity to play people in different positions and get players some minutes, then we got a couple of good performances early on which got us into a really good position to qualify from the group.”

The Sky Blues dispatched Millwall in the Quarter Final in extra time, in a match which ended up being 10 versus 9. That saw them reach the semi-final against Charlton Athletic, and City came out on top to book the Final place.

“Charlton are a very strong Category 2 team who won their league and to beat them one nil at the Higgs was a really good hard-working performance and thoroughly deserving to getting us to a Final,” said Bolas.

The Final saw a trip to face Ipswich at Portman Road, and a game which turned on its head when the Sky Blues were reduced to 10 men early in the first-half, as well as a penalty being conceded in the same incident.

“The score line didn’t probably represent the hard work that had gone throughout the season and didn’t reflect the hard work of the players,” Bolas said.

“Again, these boys got the opportunity to play at the CBS Arena against Leeds, which is a tough game against a good side, and to play at Portman Road against Ipswich another good side with some very good players, and it was a fantastic experience for them as some of the players in that group are 15-16 years of age.


Coventry City Academy Manager Dan Bolas has been looking back on the season for the Sky Blues youngsters. 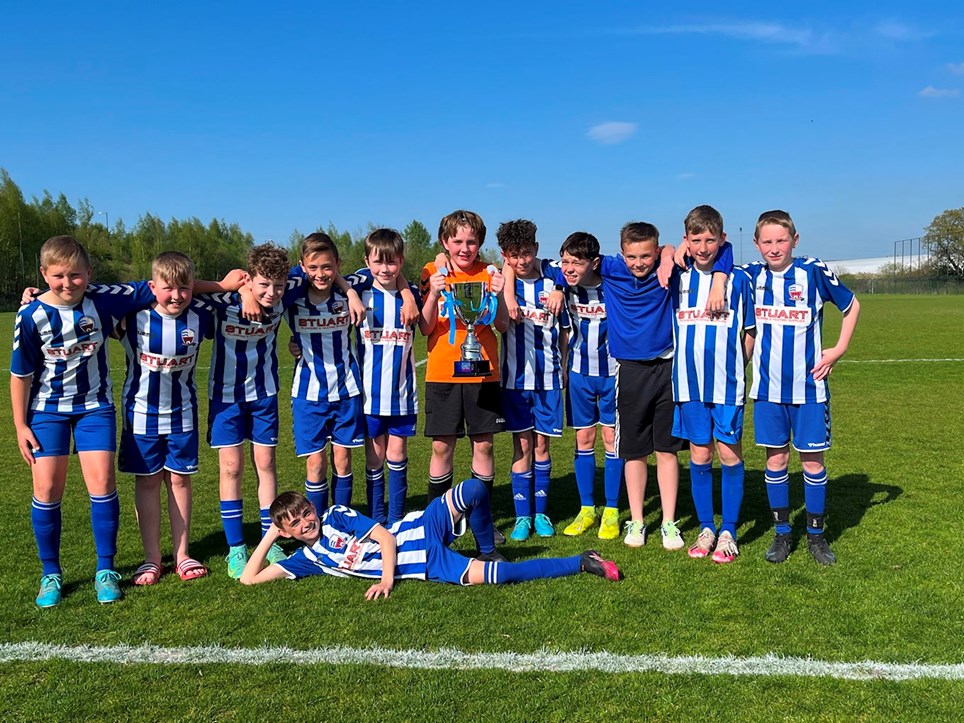 
As a part of the Academy’s Life Skills Programme and their Sporting Excellence Professional Apprenticeship course, the Coventry City Under 18 players hosted an event which raised money for a local... 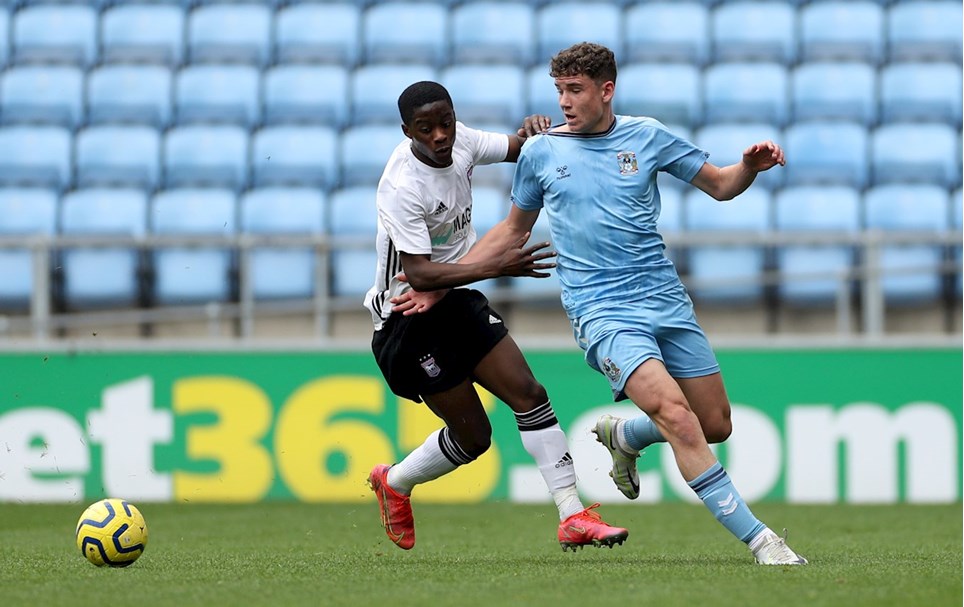 
The Sky Blues Under-16s fell to a narrow defeat to Ipswich Town in the Professional Development League Cup Final at the Coventry Building Society Arena.