Matty Godden says the Sky Blues could not have asked for a better way to start their 2022/23 season than a trip to face Sunderland at the Stadium of Light.

A bumper crowd is expected in the North East on Sunday, including a loud and proud Sky Blue away following.

It will be the first time the two sides have met since Godden's goal fired City to the top of League One, and on their way to promotion.

Two years on, Sunderland have now joined them in the Championship, setting up an opening day fixture that promises excitement.

"I can't wait," said the forward. "Our pre-season is done and dusted now. It was difficult but the big stuff starts on Sunday.

"It's probably the best fixture we could have asked for to start the season, really. It will be a full house up there with over 40,000 fans. We'll aim to go up there and quieten them all down.

"We will be going into the game the same as we did in every game last season: we'll be going there to dominate the football, like we so often do. That tends to quieten the fans down."

Godden scored 12 goals last season in all competitions, double the total he achieved in the club's first year back in the Championship. 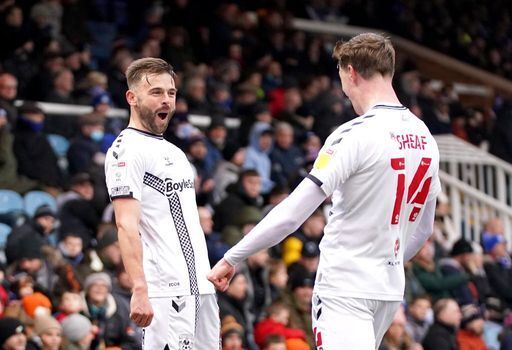 And his third season in the second divison is his most important, he says, as he looks to build on the impressive form he has shown since returning from injury.

"I think this is a big season for me," he continued. "I look back on last year and I had a really good year, if you take out the appendix injury.

"I was fit for every game until then - and there was nothing I could do about that. It was a health issue that suddenly arrived.

"I'm trying to pick up on where I left off from last season. My confidence never goes away and I back myself to score all the time.

"It's a big part of my game and I will always back myself, no matter what."


Hear what Sky Blues defender Jake Bidwell had to say following his side's defeat on the road.


Watch what Mark Robins had to say after the final whistle yesterday afternoon at The Den.


Sky Blues defender Jake Bidwell emphasised the upside of the performance, despite the narrow 3-2 loss to Millwall.


Sky Blues boss Mark Robins insists his side must learn from the errors that saw them lose 3-2 to Millwall.