Ahead of the meeting between the Sky Blues and Sunderland, we take a look back at a classic match from the past...

On the 13th of April 2019, the Sky Blues moved to 8th in League One after an extraordinary victory over the Black Cats at the Stadium of Light.

Mark Robins side took the lead just after the ten-minute mark when some neat footwork from Wolverhampton Wanderers loanee Bright Enobakhare saw the attacker slot the ball past Jon McLaughlin.

The hosts drew level for a matter of minutes through George Honeyman’s deflected effort, but City’s lead would not only be restored, but would be doubled thanks to goals from Amadou Bakayoko and Jordy Hiwula. 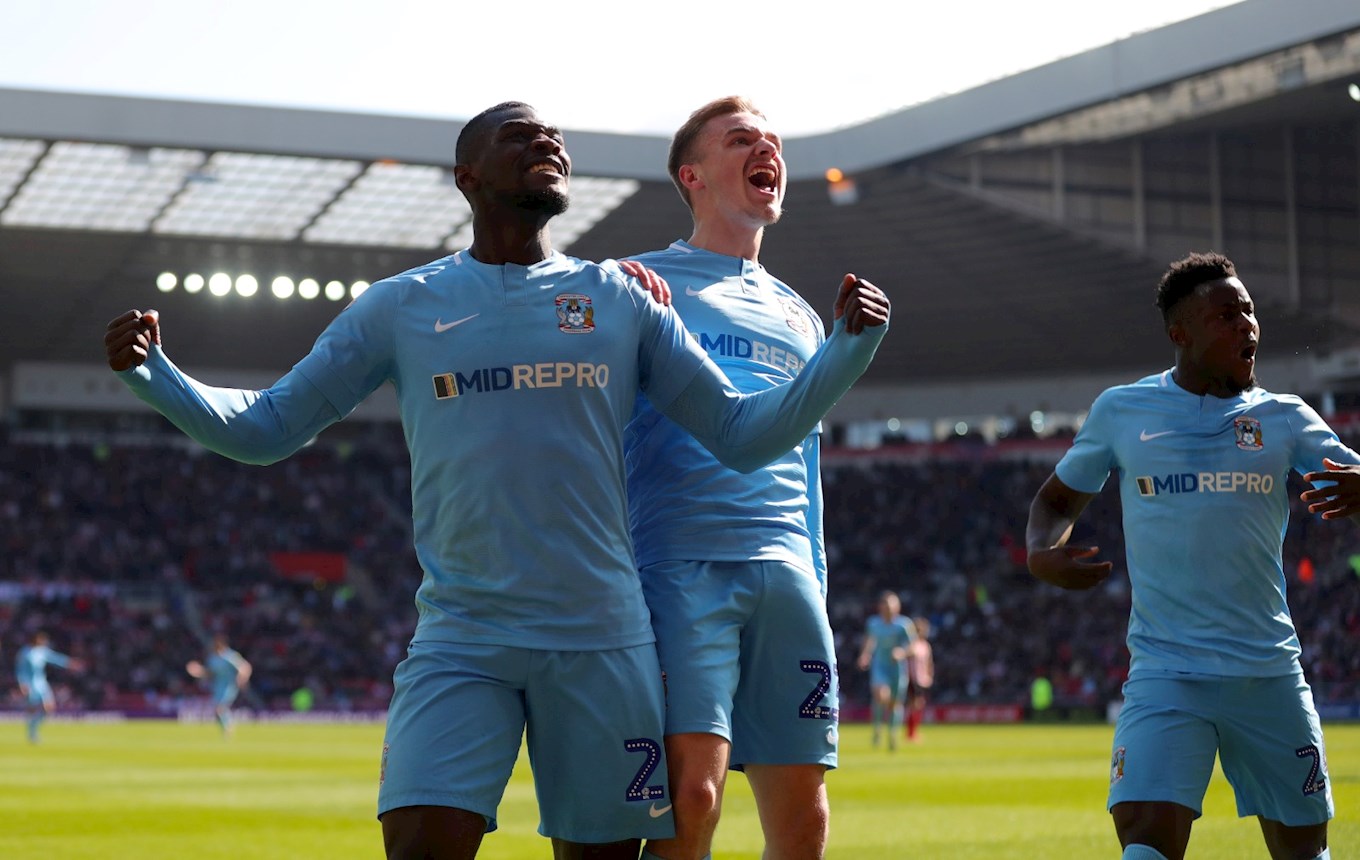 However, just before the break, Sunderland were level again with Charlie Wyke and Will Grigg scoring in the final ten minutes of the half.

After the restart, City took the lead for the third time in the game and with arguably the goal of the game from Jordan Shipley, who’s powerful low driven strike from distance left McLaughlin with no chance.

But again, the Black Cats were left to be grateful for another deflected shot, this time from Max Power on the edge of the box.

Sunderland may well have thought they were in a position to kick-on and regain their place in the automatic places, but the Sky Blues never say die attitude ensured that it would be them who would leave with all three points.

Just two minutes after coming off the bench, substitutes Charlie Wakefield and Conor Chaplin combined to score City’s fifth goal of the game and the final one of the afternoon, to cap off a memorable victory at the Stadium of Light.