A rainy Coventry Building Society Arena failed to dampen City’s afternoon as the Sky Blues progressed into the Emirates FA Cup Fourth Round today, courtesy of Dom Hyam's header in a 1-0 victory versus Derby County.

Ben Wilson was called into action within two minutes when Tom Lawrence latched onto a dangerous low ball into the box, the Derby captain fizzing a powerful shot and forcing an emphatic save from the Sky Blues goalkeeper in the opening moments.

City had a flurry of chances on the quarter-hour mark, as Godden had a golden opportunity to open the scoring when a misplaced pass in the Derby midfield allowed the striker to have a shot from the edge of the box, however the effort was fired over the bar.

Hamer hoped to get his name on the scoresheet just shy of the half-hour mark when he received the ball on the edge of the box from a corner, however the midfielder’s shot was blasted into the sea of Derby bodies in the box, only to roll into the hands of Allsop before the onrushing Godden.

The Sky Blues got the Coventry Building Society Arena off their seats on 30 minutes when Sheaf played Kane through on the right flank, when the full-back pulled it back for Allen who smashed a shot off the post from the edge of the box.

However it was not long afterwards when City broke the deadlock in the contest, as Hyam rose highest from Kane’s floated corner to nod the ball across the path of Allsop and into the back of the net for the defender’s first goal of the season.

City had the momentum upon the restart; the tireless efforts of Godden and Shipley pressurising the Derby midfield when the Sky Blues were out of possession. Despite a late Ebosele cross with no teammate ready in the box, City went into the changing rooms at half-time with the advantage.

As both sides battled for possession at the beginning of the second half, Allen burst forwards and played an impressive one-two with Shipley before playing the ball back to Shipley once inside the box, but his strike on goal was deflected for a corner which Derby defended.

Derby’s best chance of the game so far fell to the feet of Ebosele on 63 minutes, whose effort to place the ball into the top corner of the net at 12 yards out was denied by a fine save from Wilson when the Derby man found space in the centre of the box.

The visitors looked to ramp up the pressure when manager Wayne Rooney opted to make the maximum of five substitutions in quick succession in the late stages of the game, with the fresh introductions influencing a period of possession for Derby in the final minutes.

The height of Derby’s pressure culminated in two consecutive blocks from the Sky Blues in the box, as the second effort from substitute Sam Baldock forced a corner which was defended well by City on 87 minutes.

Following the referee’s announcement of four additional minutes, a corner from the visitors saw goalkeeper Allsop connect with a header. However, the effort sailed over the bar and the referee brought the contest to a close moments later, as the Sky Blues’ FA Cup journey continues. 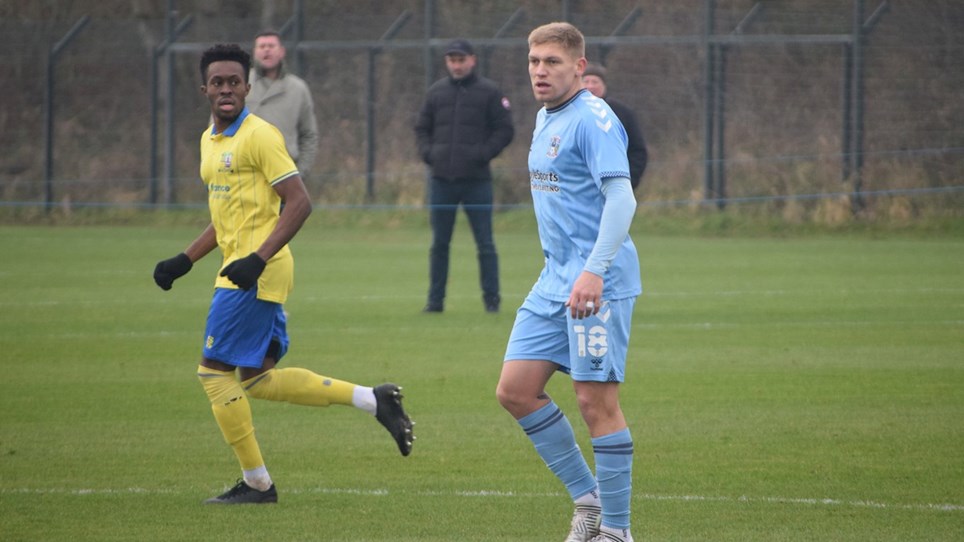 
Coventry City were 9-0 winners over Solihull Moors B as members of the City squad got some important minutes in the bank. 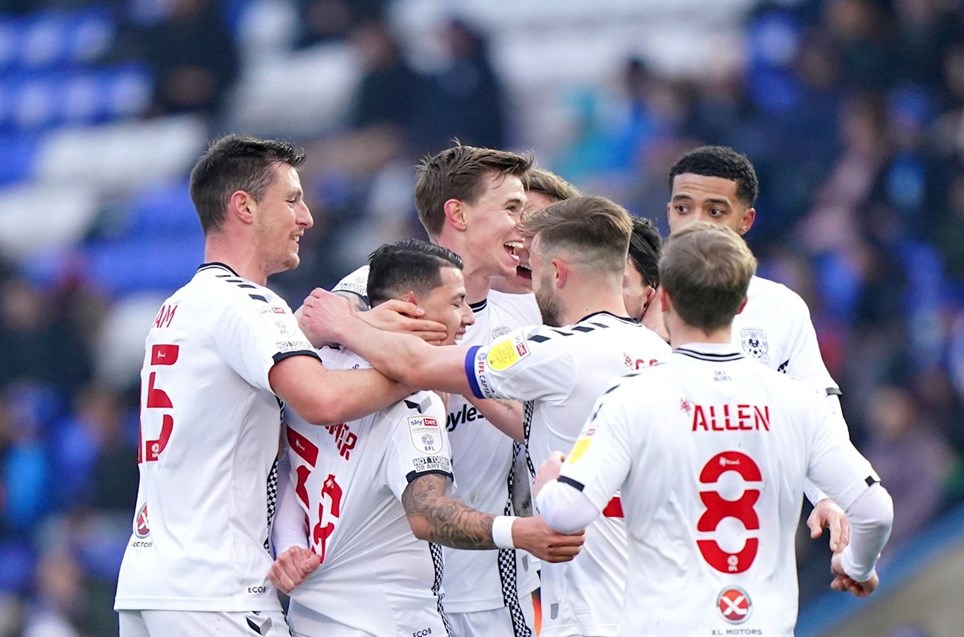 
The Sky Blues ran out 4-1 winners against Peterborough United at the Weston Homes Stadium, after a resounding team performance. 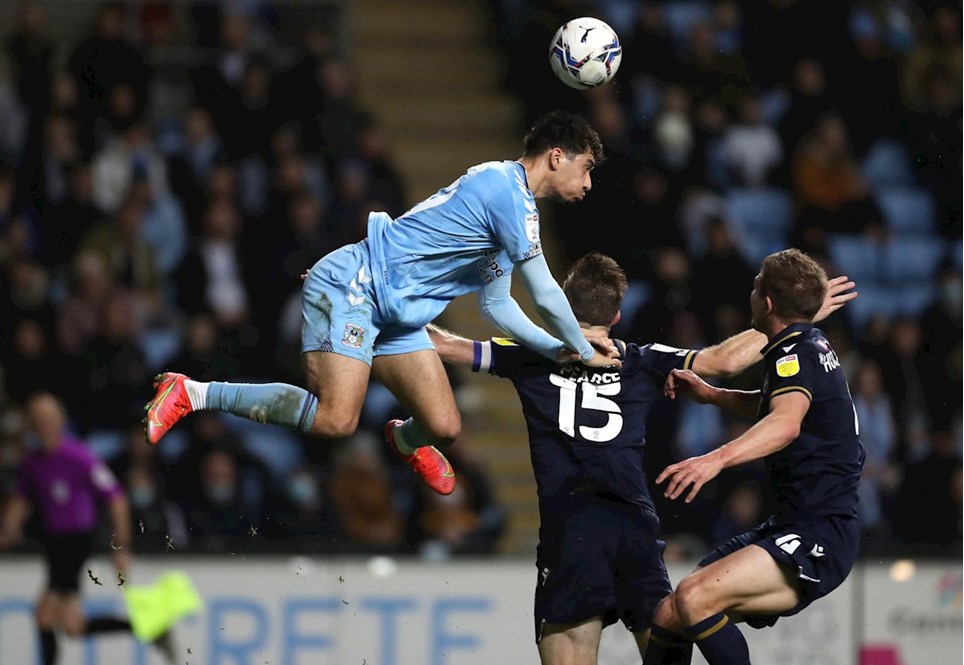 
The Sky Blues fell to defeat against Millwall at the hands of a Tom Bradshaw goal. 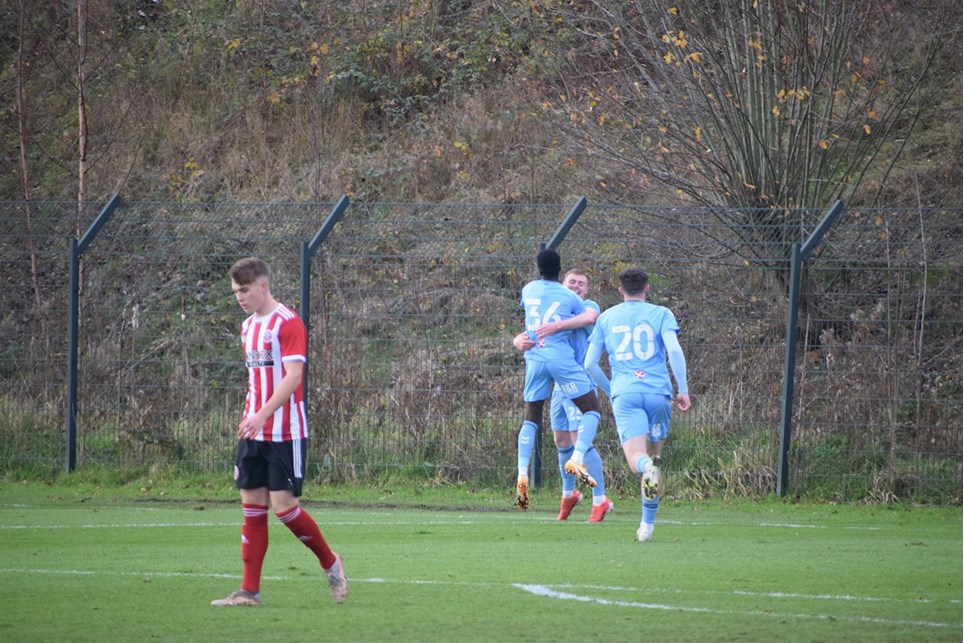 
In the battle of the top two, Luke Tisdale’s side came away as 2-0 winners against Sheffield United at the Alan Higgs Centre this afternoon.