Sky Blues boss Mark Robins is looking forward to City’s first fixture of 2022 this weekend, as they take on Derby County in the FA Cup Third Round.

City have played just one fixture in the last four weeks, a 1-0 defeat to Millwall last time out at the Coventry Building Society Arena, something Robins is eager for his side to bounce back from. 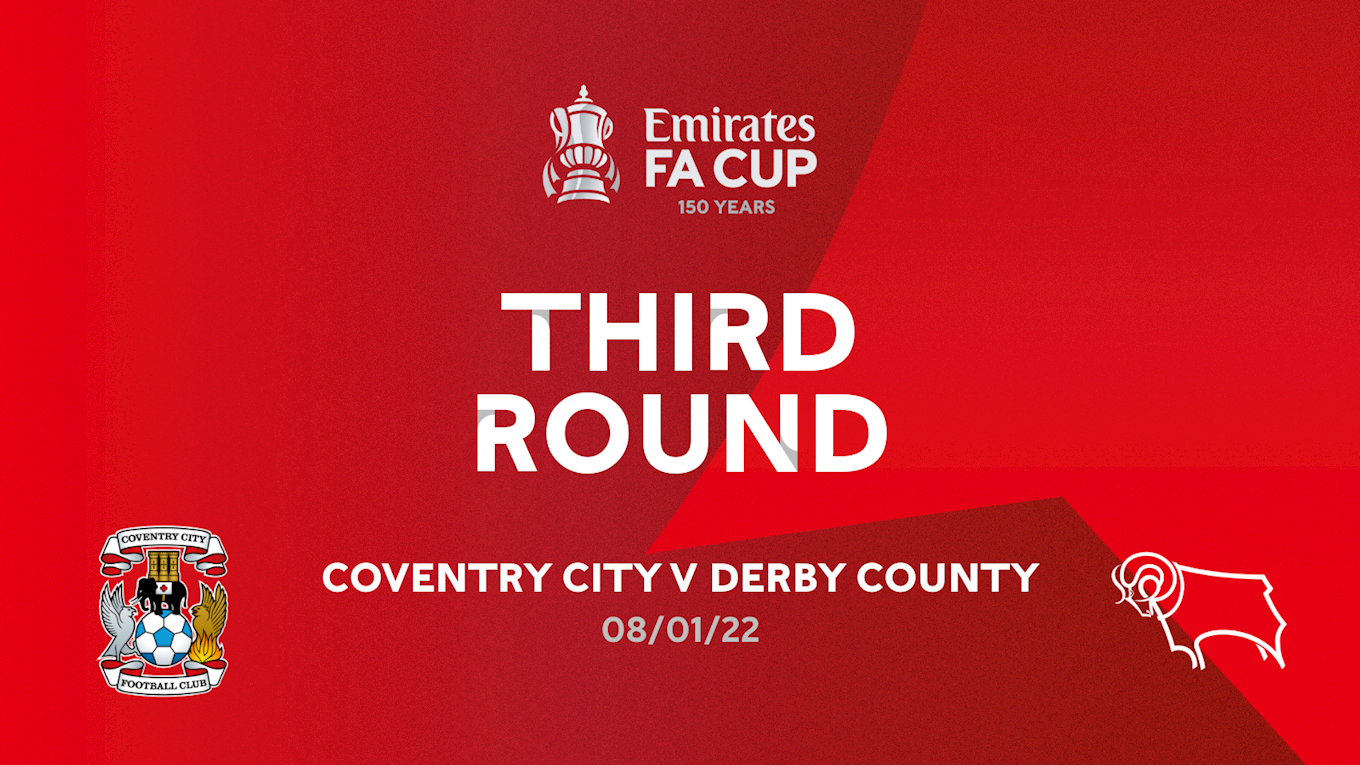 “It’s too long without games, especially after the last game against Millwall, you wanted a game as quickly as you could because the last game before that was 18 days.

“So again, it’s now been 10 days since we last played and it’s been a bit sporadic to say the least, so it will be nice to get the games in.

“The ones that have been postponed will be rearranged soon, so we will have a different fixture list to look at.”

The Sky Blues will return to action against a Derby side who have enjoyed positive results on the pitch this season, despite their off-field situation, which saw them deducted 21 points.

“They’ve got some good players and some good young players as well and the two centre-halves have been absolutely outstanding, Curtis Davies and Phil Jagielka, they’ve been outstanding.

“We played against them a couple of months ago and it was a tough game. We had a fair amount of the ball and did ok, we had chances to finish the game off and we were unlucky with some of those.

“Matty Godden had a goal ruled out for offside which must’ve been bionic eyes from the linesman, but besides from that it was a fairly tight game and they got their equaliser in the second half and we felt a bit unfortunate not to get all three points.

“But like I said, they’re a good side and without a 21-point deduction they would only be three points behind us in the league.”

Tomorrow’s fixture will be the first time City have been away from league action since August when they took on Northampton Town in the Carabao Cup.

The chance to play in a special competition such as the FA Cup is one Robins is excited for.

“It’s no different in terms of our attitude, it’s a game we want to win and a competition we want to progress in as far as we can do.

“What is different is the preparation that goes into it, that’s the difficult part. The game we can’t wait for, it’s what you live for and we just want to get back to playing on a regular basis and then you get that rhythm going again.

“The majority of teams have been through it the last few weeks and for those who have played through it they’ve benefitted from that, especially where they’ve won games.

“We need to make sure whatever team we put out goes to win the game, clearly and whatever team goes out to start the game will be determined by the circumstances we’re in at the moment.

“We’re looking forward to the game and the team that’s going out tomorrow, hopefully, is a good side that is exciting that can cause them problems and we’re aware of what they’re capable of as well and whatever happens I think it will be a good game.

“I can use five subs from nine tomorrow, so hopefully I can get nine on the bench and we can utilize that as we go along and I think that can be important at this stage and it’s something I’m grateful for.”