The Sky Blues are set to face Southampton at St Mary's Stadium in the FA Cup Fourth Round. Here's everything you need to know about our opponents. 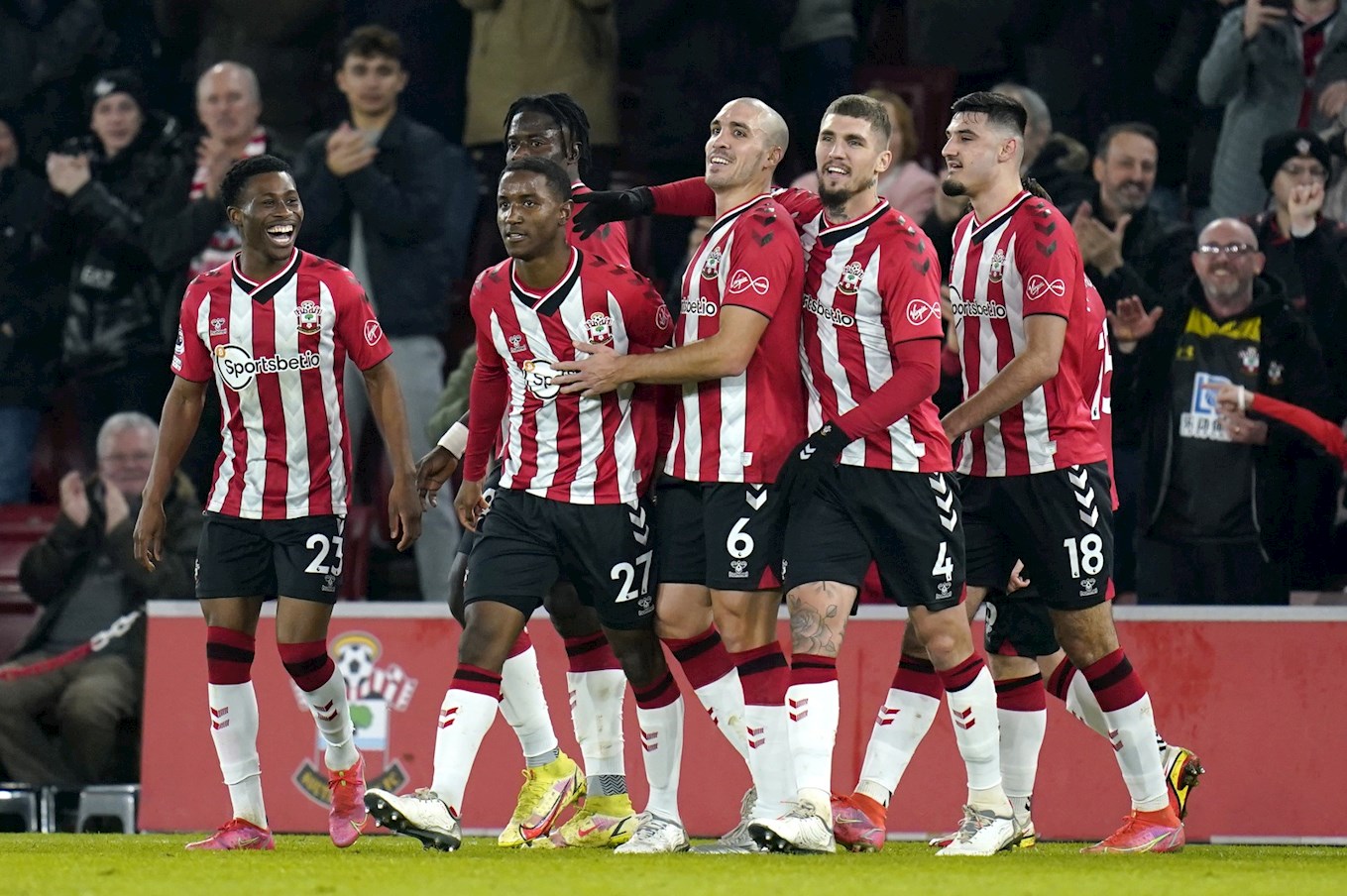 The Saints current sit 12th in the Premier League, just over half-way through the league campaign.

Southampton’s only January transfer addition was ex-Manchester City and Chelsea goalkeeper Willy Caballero, signed to play between the sticks whilst the Saints were without other first team ‘keepers unavailable. 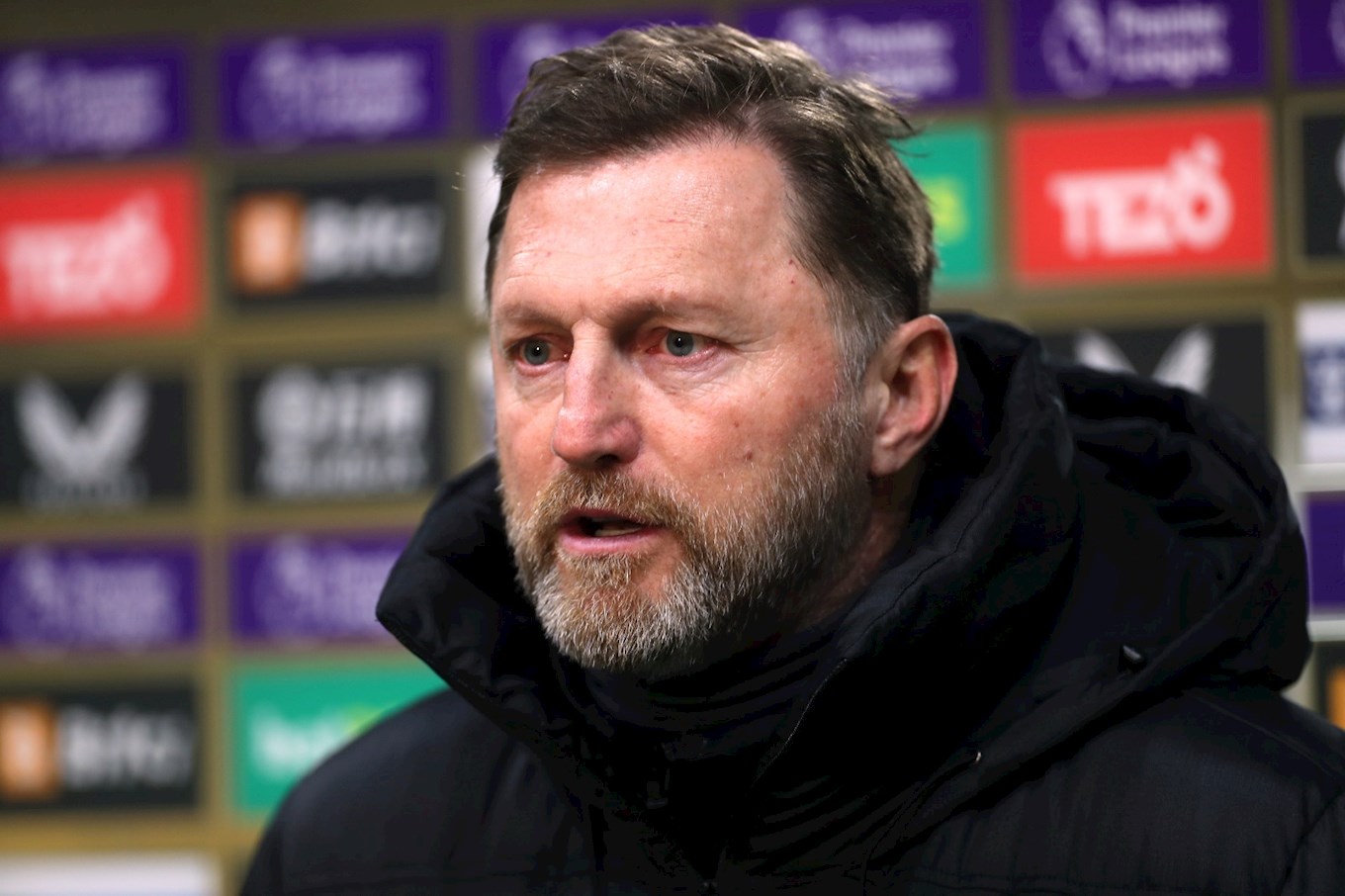 Austrian-born Ralph Hasenhüttl started off his career in his home country with spells at Grazer AK, Austria Wien, and Austria Salzburg.

The centre-forward moved to Belgium afterwards, turning out for KV Mechelen and Lierse, where he continued to bag goals in his two-year Belgian trip.

A move to Germany followed, signing for FC Koln and appearing for Greuther Furth and Bayern Munich II thereafter, rounding off his 19-year playing career.

Hasenhüttl was also capped for his country 8 times, scoring 3 goals for Das Team.

Management was Hasenhüttl’s next step, as he continued in Germany with SpVgg Unterhaching, VFR Aalen, and FC Ingolstadt 04, between 2007 and 2016.

In May 2016, Hasenhüttl was appointed manager of newly-promoted RB Leipzig and led the Red Bull side to a second-place finish in their first Bundesliga season, followed by a sixth-place run the following year.

In December 2018, Southampton announced Hasenhüttl as their new manager, succeeding Mark Hughes, with the club in the Premier League relegation zone.

The Austrian has managed to maintain The Saints’ top-flight status since his appointment, winning Premier League Manager of the Month for July 2020 along the way. 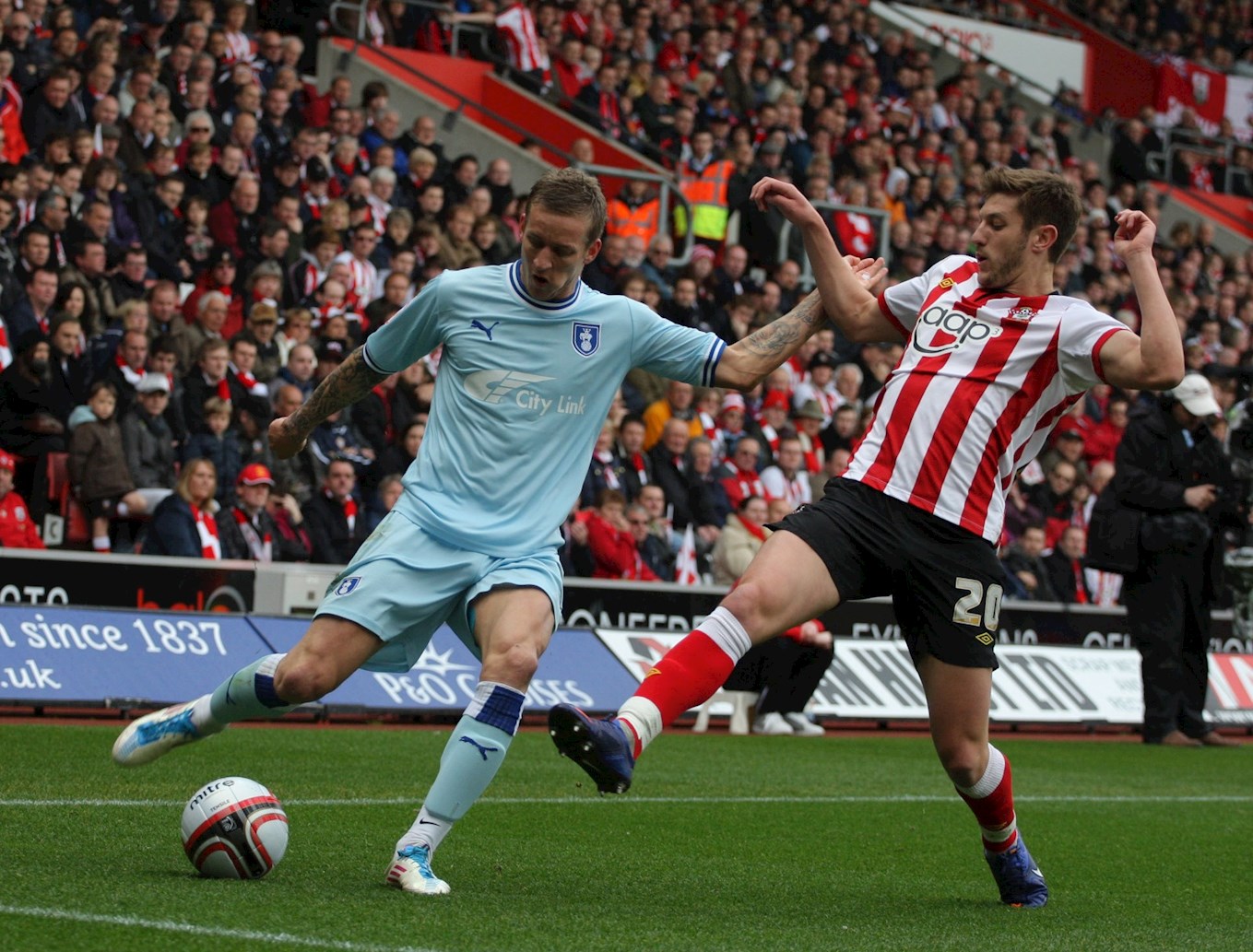 This weekend’s meeting will be the first between the sides in nearly ten years.

The last time the Sky Blues met the Saints dates back to April 2012, where the two clashed in the Championship on the final day of the season.

An Adam Lallana double, with other goals from Billy Sharp and Jos Hooiveld sealed a four-goal win for Southampton, confirming their promotion to the Premier League, as they secured a second-place finish. 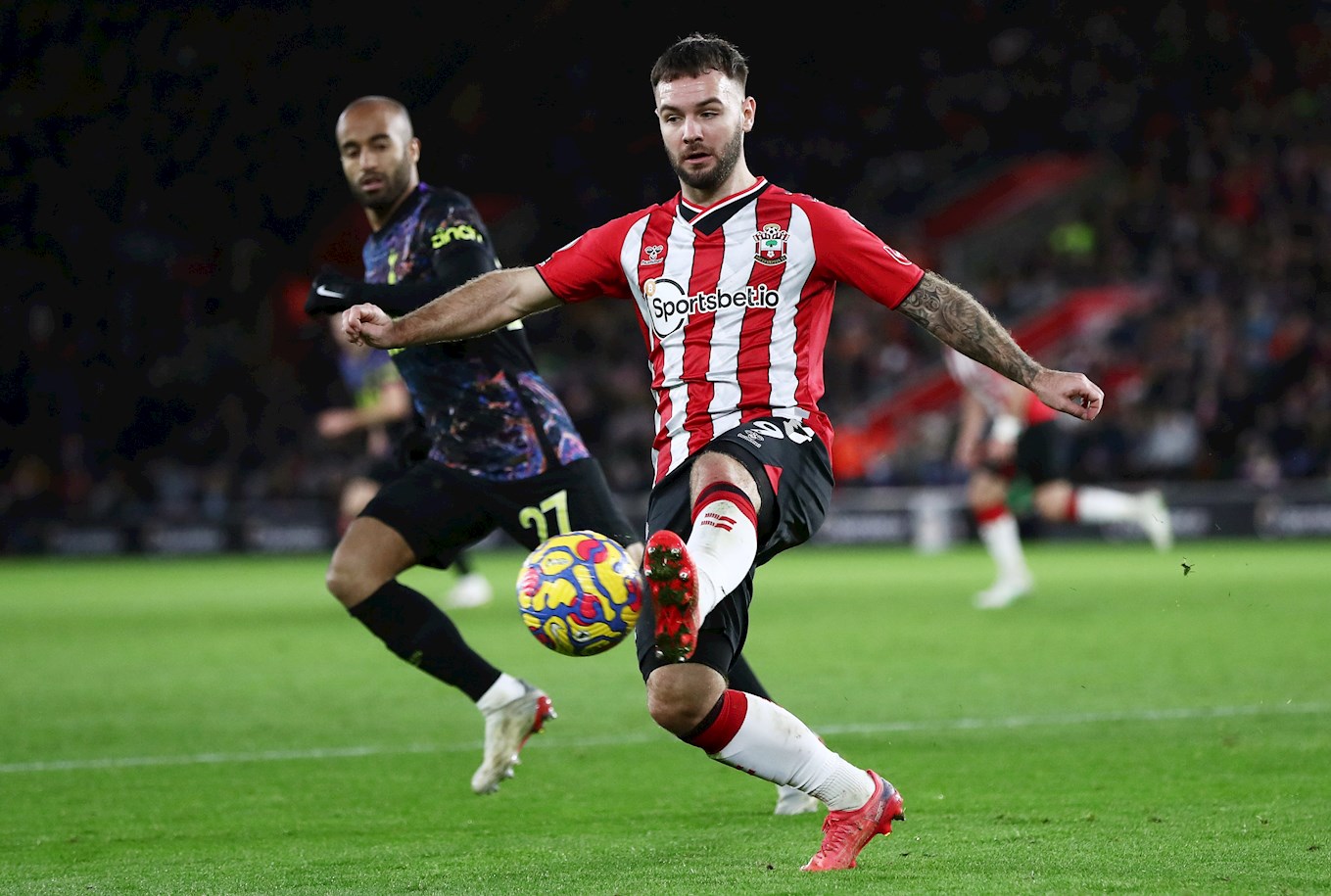 24-year-old Adam Armstrong enjoyed a fruitful loan spell with the Sky Blues during the 2015/16 season, hitting the back of the net 20 times in 40 goals.

Newcastle-born Armstrong started off his professional career at his hometown club, with loan spells at Coventry, Barnsley, Bolton Wanderers, and Blackburn Rovers over a four year span until 2018, where he then left Newcastle United on a permanent deal to Blackburn.

In three years with Rovers, the Geordie scored 64 goals in 160 games, across League One and the Championship, before earning a move to Premier League side Southampton.

The forward has been a live wire for the Saints, since joining at the start of the season, contributing to five goals in the top-flight. 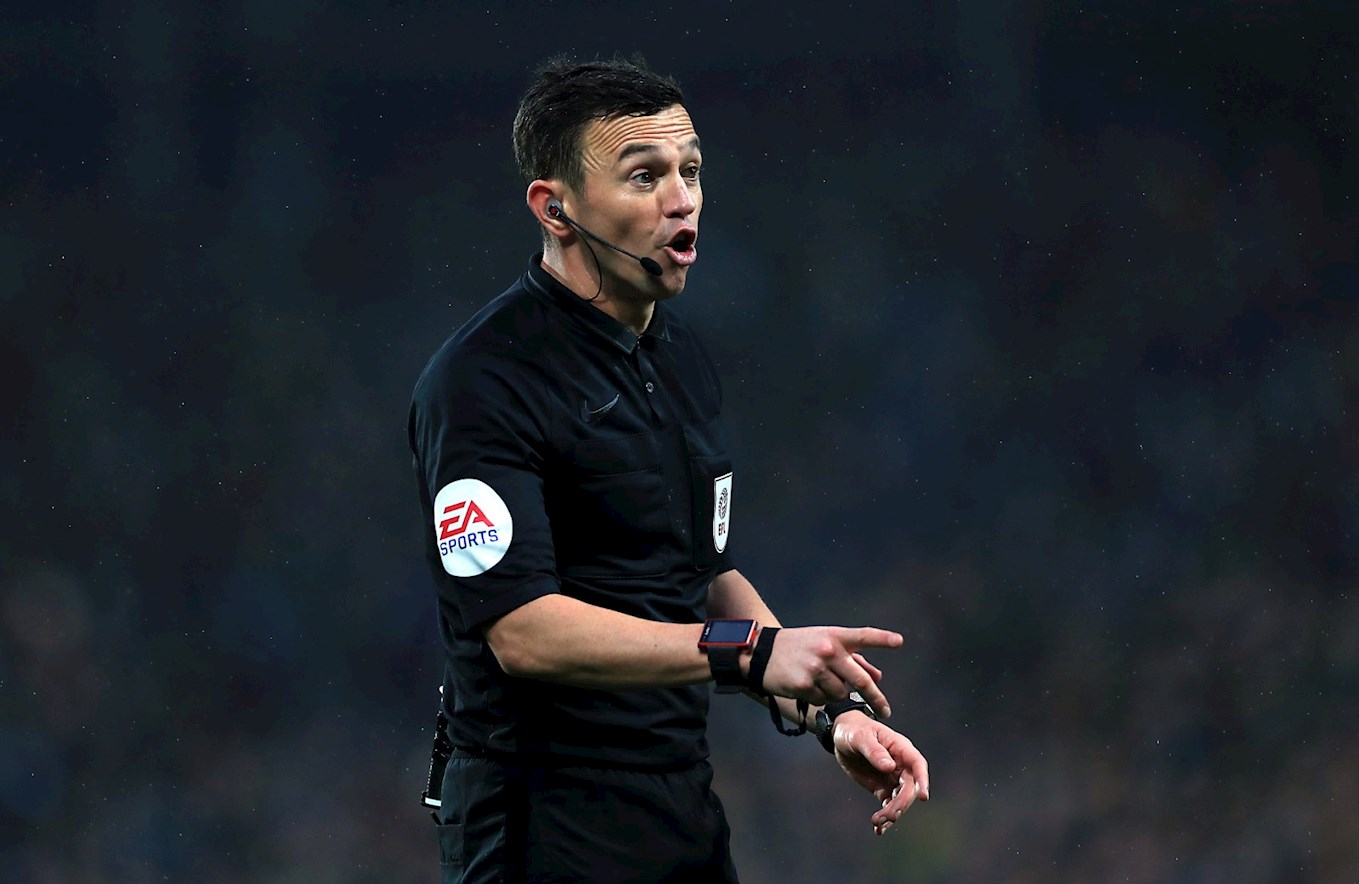 Tony Harrington is the referee for the weekend’s clash and is yet to officiate the Sky Blues this season.

Simon Beck and Matthew Wilkes will assist as linesmen, with Matthew Donohue as the fourth official.

With the game taking place at a Premier League ground, VAR will be in operation with Kevin Friend in charge of the system.