Sky Blues in the Community (SBitC) are looking for Paid coaches as well as volunteer assistants to support our lead staff for our Player Development Teams for the 2022-23 season.

For the 2022-23 season Sky Blues in the Community will have 36 league teams from U7 through to U18 who will all play on Saturday mornings in the Mid Warwickshire, MJPL & JPL leagues. SBitC are currently looking for several staff who can take on a lead role and become a head coach for one of these teams. This will involve planning and delivering training sessions on an evening as well as taking the team and managing them on a Saturday morning. SBitC lead coaches are a paid position.

In addition to this SBitC are also looking for some volunteers to support the lead staff to gain experience and potentially develop into a lead coach themselves in the future. We have a very experienced team of coaching staff from all types of backgrounds.

Below is a case study on two of these coaches...

Jamal started with SBitC in 2022 initially through the government Kickstart scheme on a 6-month placement. Although Jamal had limited experience coaching, he has played a good level of football and his knowledge of the game was excellent. In this period Jamal assisted one of our more experienced coaches as well as completed his FA Level 1. He is now booked on his Level 2 and is going to lead with our U7 Elite team this season.

Jamal Adams (Coach) – “My time at SBitC so far has been positive. I’ve managed to meet some great people and in the exact field that I want to progress in which is good & I’ve learnt loads of new things too of more experienced coaches”

Shaun Pierce (Football Development Manager) – “I remember the day Jamal first started and I was due to have a 5-minute chat with him during his induction. 45 minutes later we were still talking about football and his enthusiasm was clear to see. As soon as I seen him deliver a session, I could see his enthusiasm rub off on the players and they all had a great bond with him. Jamal will be perfect for our U7 team this season and I have high hopes for Jamal as a coach moving forward.” 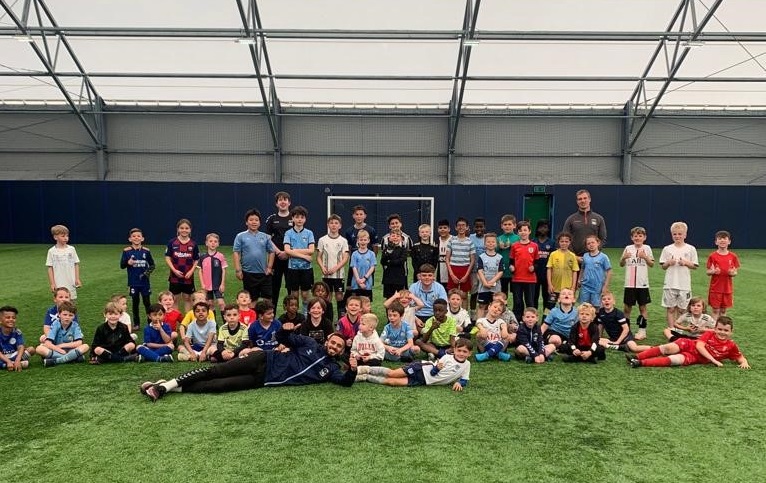 Sandy journey has been a bit of a longer one! He was first involved with SBitC in the 2009/10 season when his son Callum joined our Player Development Centre as an U8 player. As well as being a supportive parent to Callum, Sandy always shown he had a good knowledge for the game and wanted to ask for feedback and advice at every opportunity.

Sandy's passion continued to grow and in 2013 he took his first step to becoming a coach and completed his level 1 coaching badge in Telford. Then in 2015-16 season he became the assistant for our U14 team, which was a role he continued in for the next 3 seasons while Callum still played in our PDC’s. Sandy also completed his FA Level 2 in August 2018 and has spent the last 3 seasons managing our U14-16 age groups as a lead coach.

Over the last 12-18 months Sandy has also been on his Level 3 “UEFA B” award which he completed in July 2022. Sandy has just been offered and accepted a role in Coventry City Academy coaching the U14 team this season which is a fantastic achievement and one everyone at SBitC is sure he will be very successful in.

Shaun Pierce (Football Development Manager) – “As I was Callum’s coach for his first few years with SBitC I have known Sandy for a long time now. As a person he is very committed to Callum and as soon as he shown an interest in coaching himself, I thought he would be a great addition to our team.

"We have a rule that lead coaches cant coach their own child. As Sandy wanted to continue to support and watch Callum play this allowed him to assistant two of our more experienced UEFA B coaches and I feel this really supported Sandy learning in this period. As a lead coach over the last 3 years, Sandy has been fantastic, and I don’t think he has missed a game in that period! I am sure Sandy will be successful at the academy and I am pleased SBitC have played a part in his journey to get him there.” 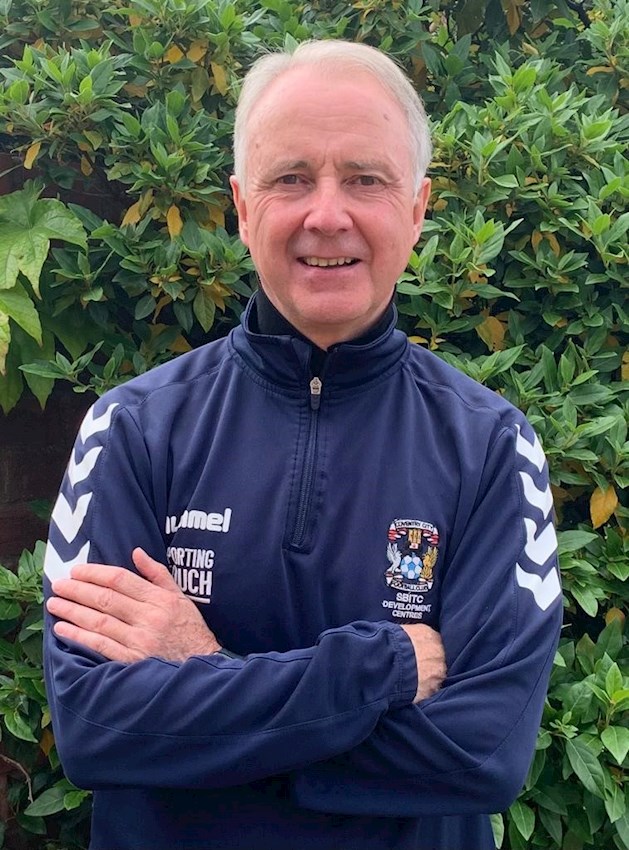 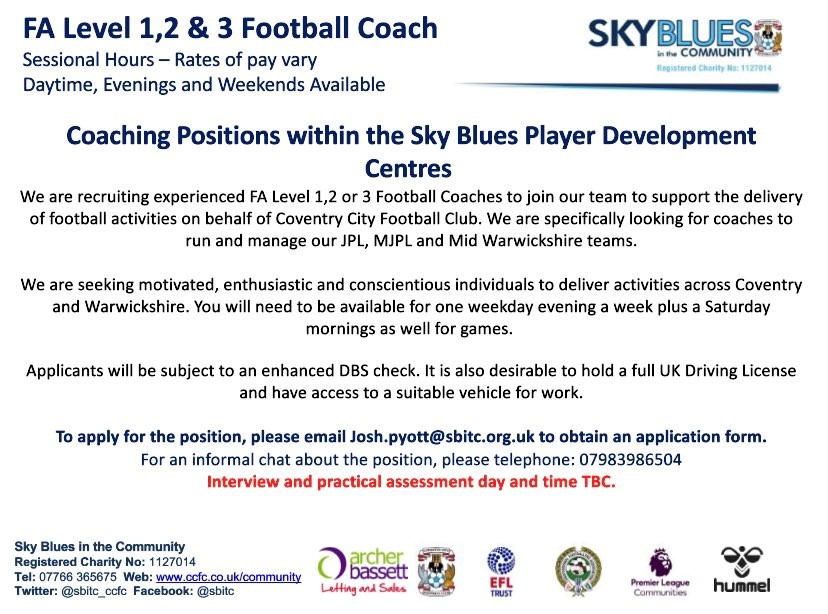 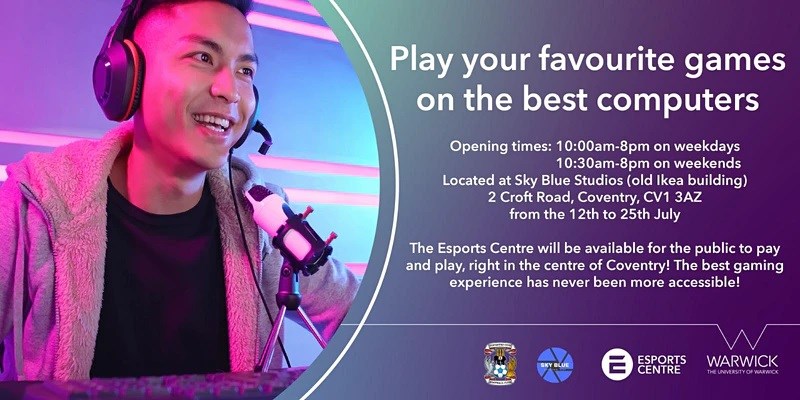 
The University of Warwick Esports Centre is on tour at Sky Blues Studios (old IKEA building) this week, giving you the chance to come and play your favourite games on the best computers in Europe! 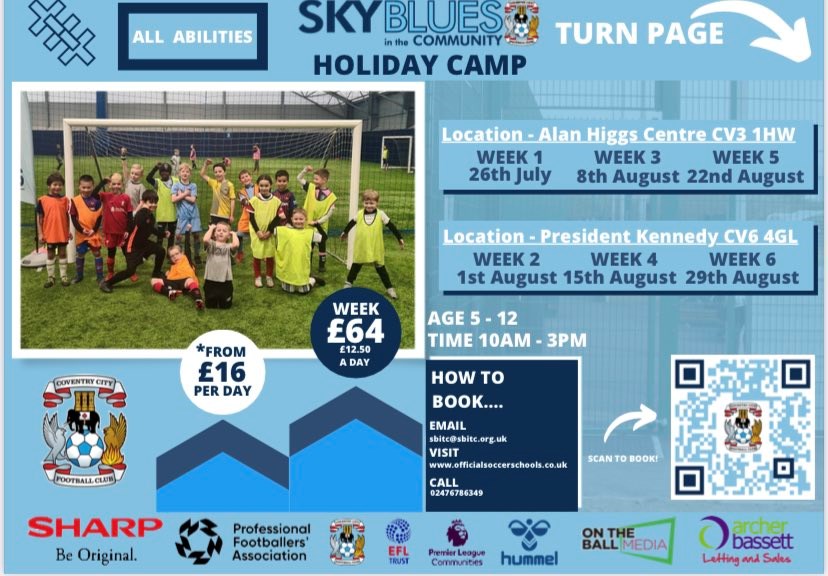 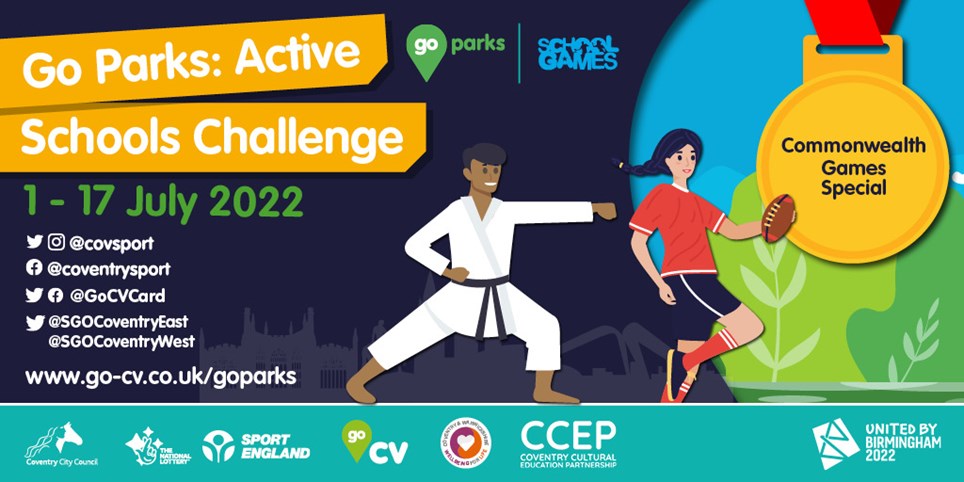 
Coventry City are pleased to be supporting the Go Parks: Active Schools Challenge, which takes place in July.

COMMUNITY: On The Ball Media and Sky Blues in the Community media partnership announced for Player Development Centres


On The Ball Media has a strong history and reputation for supporting local grassroots sports in Coventry and Warwickshire.