The Sky Blues host Cardiff City at the Coventry Building Society Arena this evening. Here’s everything you need to know about our opponents. 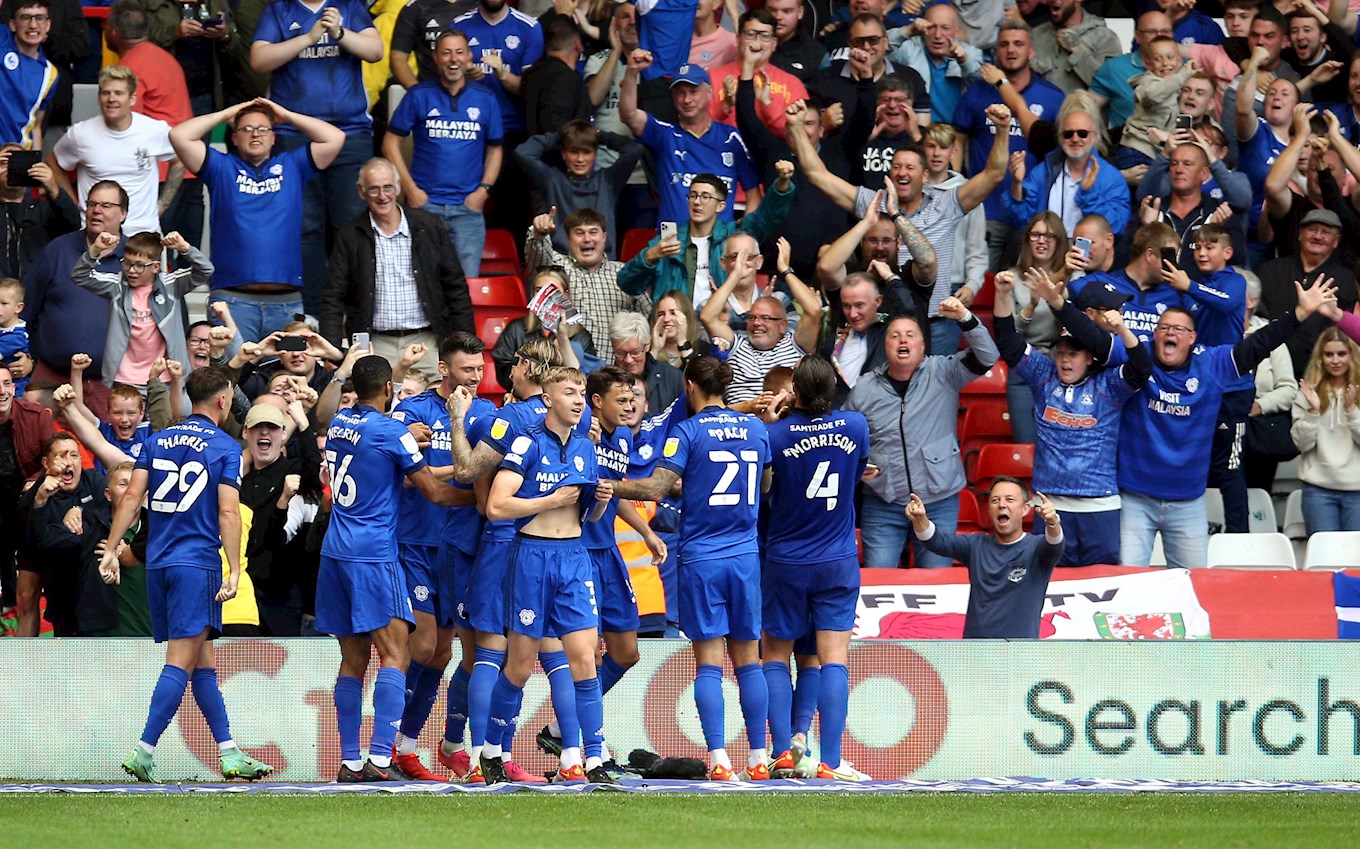 Cardiff currently occupy 8th spot in the Championship table, which is coincidentally where the Bluebirds finished in the last campaign.

After making the play offs in 2019/20 expectations were high in South Wales last season, however a run of five successive defeats over the Christmas period saw an end to Neil Harris’ time in charge with former Republic of Ireland boss Mick McCarthy taking over in January 2021.

A run of only three defeats in the last 22 matches of the season saw the Irishmen take the Bluebirds from 15th to 8th in the league which included a six game winning run.

This summer has seen the arrival of four first team signings in the Welsh Capital in the form of defender Mark McGuinness from Arsenal, midfielder Ryan Wintle from Crewe Alexandra, winger Ryan Giles on loan from Wolves and Luton Town forward James Collins.

Cardiff have only lost one of their opening six league matches, to Severnside rivals Bristol City, with centre back Aden Flint leading the goalscoring charts on four followed by youngster Ruben Colwill, who netted his first two goals for the club in Sunday's win at Nottingham Forest.

The win at the City Ground was their third league win of the season and leaves McCarthy’s side a point outside the play-offs going into tonight's game. 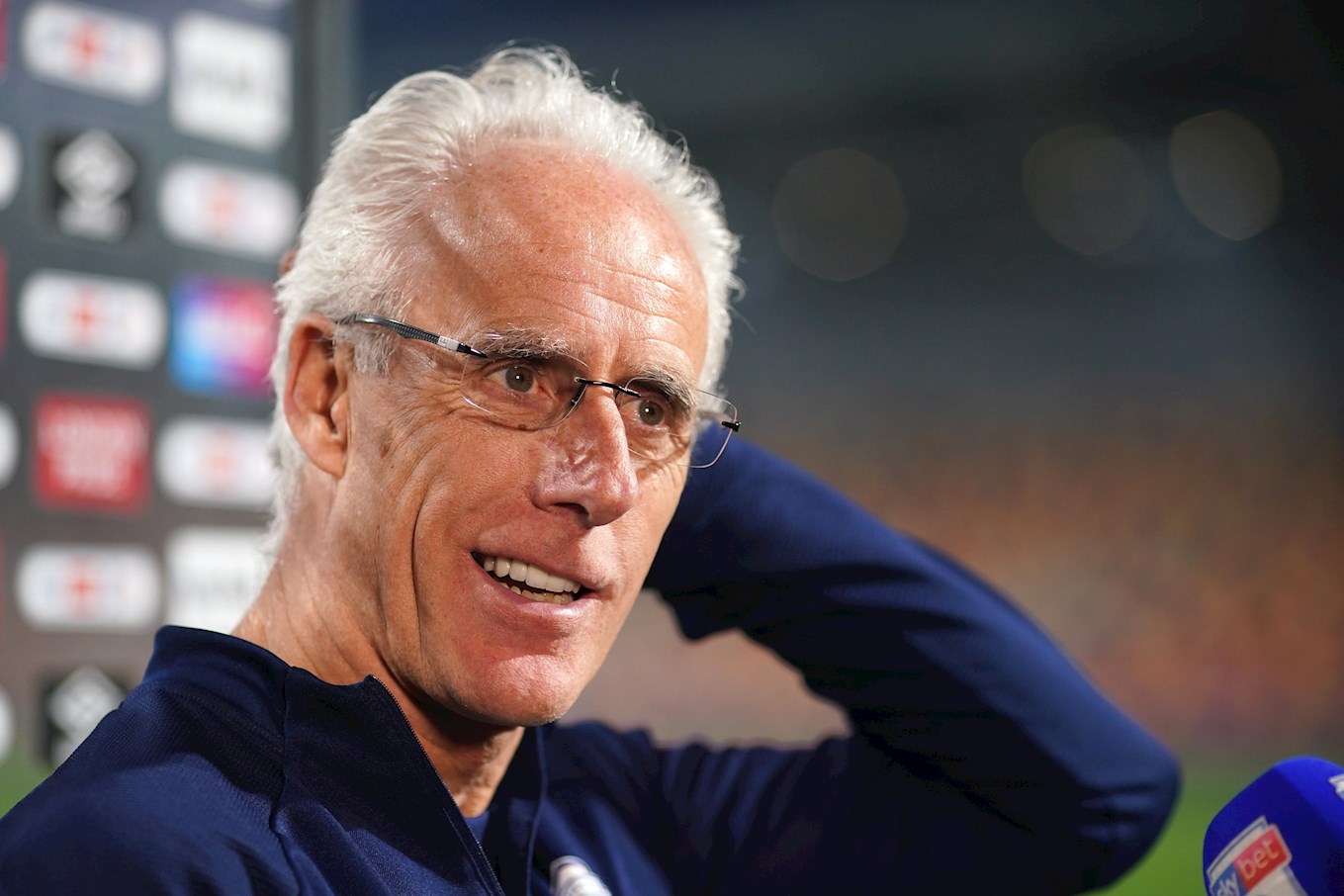 There are not too many managers more experienced than Cardiff boss Mick McCarthy, with the clash with the Sky Blues being his 1,020th match in management.

He was initially appointed player-manager of second tier Millwall in March 1992 and after just missing out on the play-offs in his first full season in charge he led the Lions to third place in his second, before they were eliminated by Derby County.

The fine work McCarthy had done in South London had not gone unnoticed by the Football Association Ireland and he was offered the opportunity to replace Jack Charlton as Republic of Ireland boss in February 1996.

Ireland would qualify for the 2002 FIFA World Cup Finals where draws with Cameron and Germany coupled with a win over Saudi Arabia saw the Boys in Green progress to the last 16 where they would lose on penalties to Spain.

McCarthy left the role in November 2002 with his next spell in the dugout seeing him join then Premier League Sunderland, but he was unable to keep them in the division and they were relegated in 2003.

The following season Sunderland reached the FA Cup Semi-Finals but lost to McCarthy’s former side Millwall followed by play-off heart break at the hands of Crystal Palace on penalties. 2004/05 would see McCarthy lead the Wearsiders to the Championship title.

In the summer off 2006 McCarthy took charge of Wolverhampton Wanderers and after fifth and seventh placed finishes, McCarthy would win his second Championship title in 2009.

McCarthy ensured three seasons of Premier League football whilst at Molineux, their longest top flight stay since the early 1980’s but a 5-1 derby day thrashing saw his time in the Black Country come to an end in February 2012.

Ipswich Town would be McCarthy’s next destination in November 2012, credited with bringing much needed stability to the Suffolk club, he led them to three top half finishes as well as the Championship play offs in 2014/15 before departing in April 2018.

McCarthy answered the FAI’s call once again to return as Ireland boss in late 2018 and oversaw just one defeat in ten matches that saw them narrowly miss out on qualification for Euro 2020.

Before taking the Cardiff job McCarthy spent two months in charge of Cyprian outfit APOEL Nicosia, but in January 2021 the Irishman returned to the Championship and the turnaround in form in the Welsh Capital came as no surprise to those that have followed his career, where he will be hoping for a third crack at the Premier League after their solid start to the season.

The two sides last met in February 2021 when the Sky Blues went down to a 3-1 defeat to the Bluebirds in the Sky Bet Championship at the Cardiff City Stadium.

In snowy conditions, a double from Wales striker Kieffer Moore put the Bluebirds two ahead at the break.

Josh Murphy added a third early in the second half but the Sky Blues battled on and made a deserved breakthrough with nine minutes remaining when Dom Hyam getting his first of the campaign, stabbing in from close range. 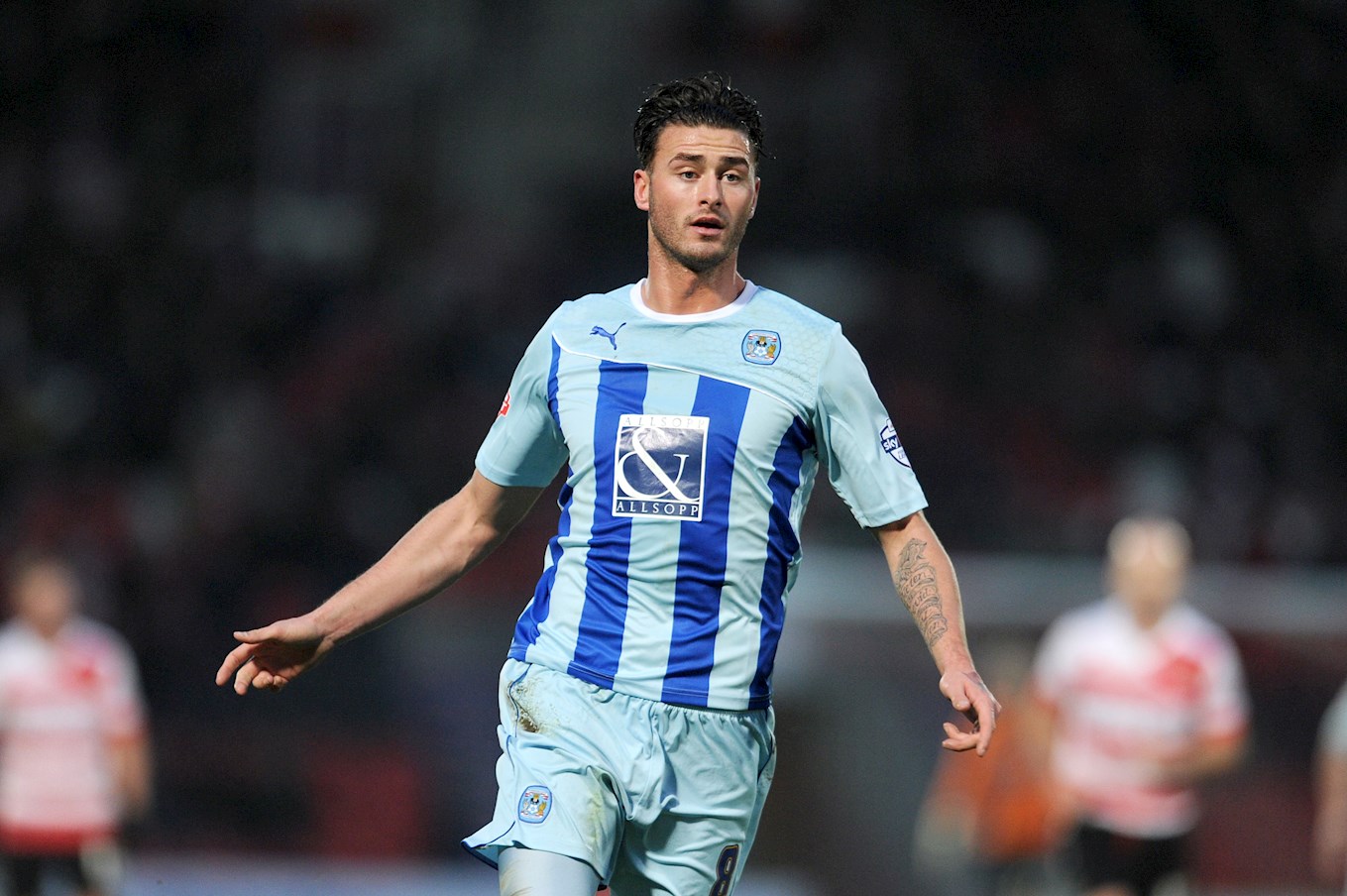 Gateshead born striker Gary Madine has had two spells with the Sky Blues, initially joining on loan in late 2009 and returning during the 2014/15 season before a two-year spell in Welsh capital between 2018 and 2020.

Beginning his career at Carlisle United, he would net 22 goals in 85 appearances overall for club but would spend time away from Brunton Park on loan, first at Rochdale before joining Coventry in October 2009.

He made nine appearances in his first spell, debuting in a 0-0 home draw with West Bromwich Albion and featuring in victories over Peterborough United and Doncaster Rovers.

A fine first half to the 2010/11 for the Cumbrian club attracted the attention of Sheffield Wednesday where he would score 18 goals the next season to see the Owls promoted back to the Championship.

He was loaned back to Carlisle United in Spring 2014, before re-joining the Sky Blues on loan in 2014 that saw him find the net in victories over Plymouth Argyle, Colchester United, Port Vale as well in defeat down at Gillingham.

He would end the campaign at Blackpool before scoring ten goals in successive seasons for Bolton that would help earn the Trotters promotion, with his ten in the second tier earning him a move to Cardiff in January 2018.

Premier League promotion would follow but after five appearances in the top flight he joined Sheffield United on loan where scored three goals as the Blades earned promotion back to the top flight.

Returning to Blackpool, last season Madine contributed eight goals to the Tangerines promotion through the play offs last season, although he didn’t feature in City’s 1-0 victory at Bloomfield Road earlier this campaign. 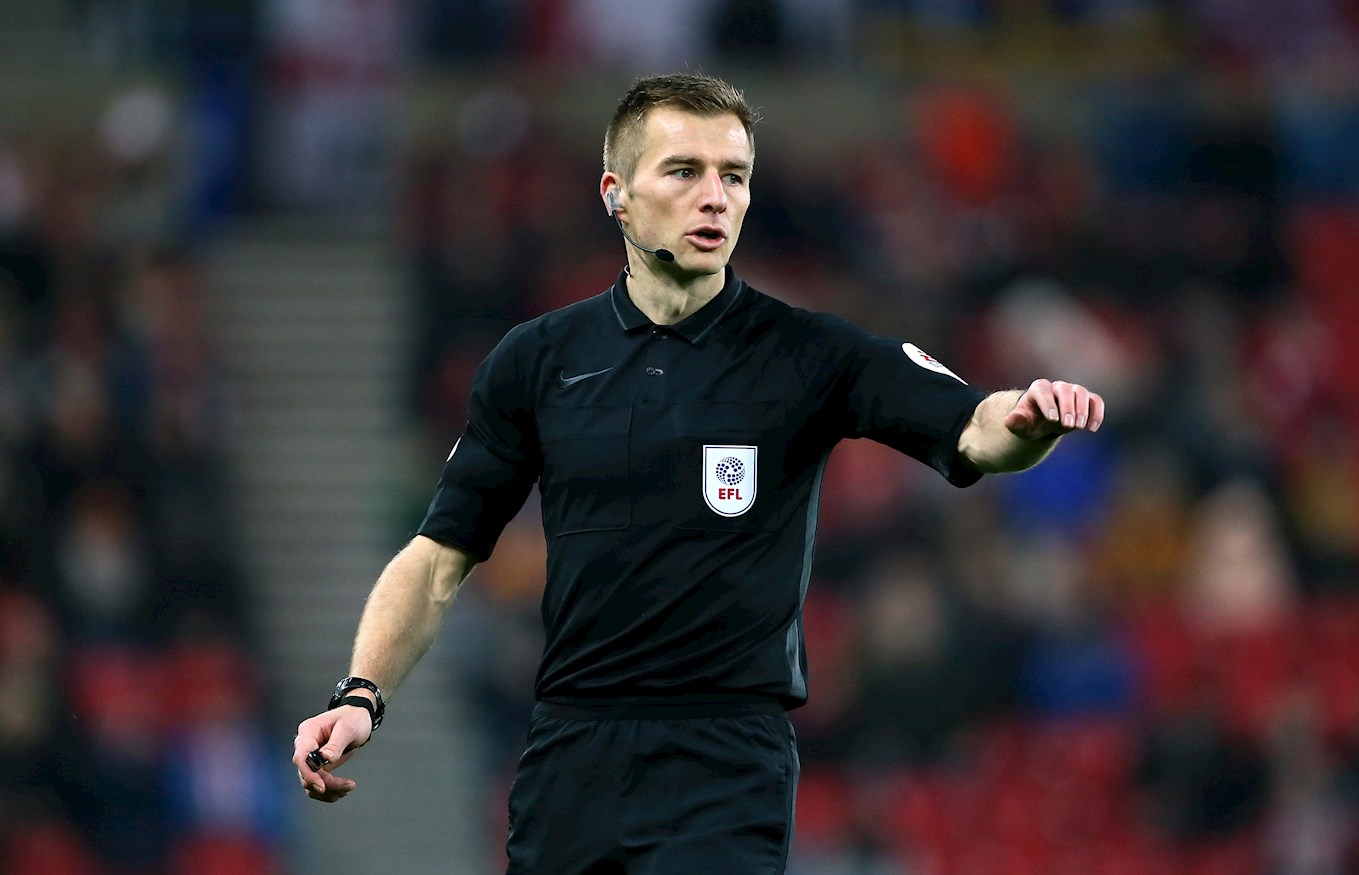 Michael Salisbury will be the man in the middle this evening, taking charge of his third game of the 2021/22 season.

He has overseen 12 previous Sky Blues matches, with his most recent officiating the 6-1 win over Millwall on the final day of last season.

So far, Salisbury has awarded seven yellow cards and two red cards across his two matches in the Sky Bet Championship this season.

He will be assisted by Constantine Hatzidakis and Marc Perry with Stephen Martin acting as fourth official.