The EFL have confirmed that Geoff Eltringham will be the man in the middle of the Sky Blues clash with Peterborough United on Friday night.

Mark Robins side take on Peterborough United in Sky Bet Championship action at the Coventry Building Society Arena with kick-off scheduled for 7:45pm.

It will be the first time that Geoff has taken charge of a game involving the Sky Blues this season, with his last outing coming during City's 1-1 draw with Birmingham City last season.

This year will mark Geoff's 13th season as a referee in the Football League and over that time period he has officiated five Sky Blues fixtures.

With Eltringham in the middle, City have a record of:

This season so far, Eltringham has awarded 33 yellow cards and one red card in the seven games he has officiated across the Championship.

Eltringham will be assisted by Robert Merchant and Matthew Jones whilst Matthew Donohue will act as the fourth official. 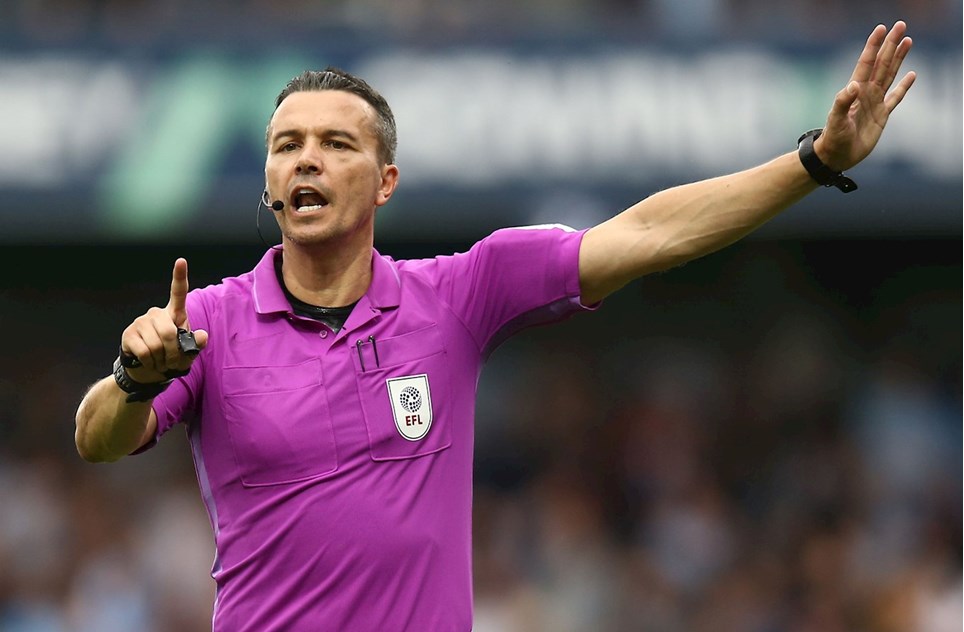 
The EFL have confirmed that Dean Whitestone will be the man in the middle of the Sky Blues clash with Derby County tomorrow.