Coventry City’s Diamond Club has returned and is going from strength-to-strength!

Originating in the early 90s, the Diamond Club is an independent supporters club for fans who have followed Coventry City for 50 years or more.

The events also include guest speakers from Coventry City past and present, including former players and managers, plus entertainment too.

Membership of the Diamond Club is only £10 for life.

At the most recent event in October, Diamond Club Chairman Alan Ludford explained:

“Everyone here has been following the City for 50 years or more – it’s good for them. They come along and have a chat, talk about the old times, talk about the present times.

“It started in 1993 with a small gathering of around 40 members, and now we have almost 300 and it has grown and grown.

“The members come back event after event and really enjoy it. It’s great to meet the former players.” 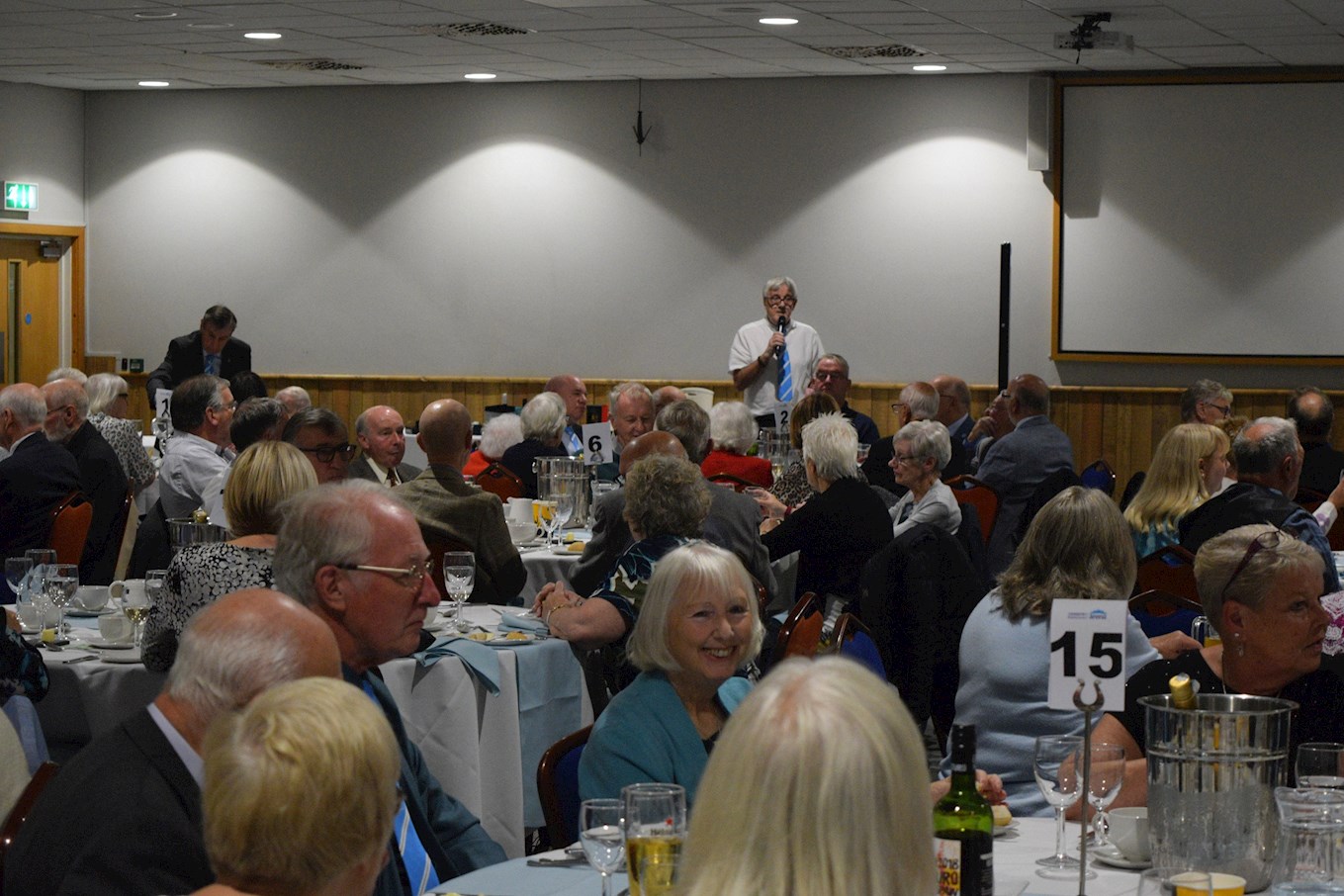 Lynn Hills has been attending the Diamond Club for around 15 years, and agreed, also enjoying the social aspect of the Club.

“We get to see people who we maybe see once every three months. Especially after the 18 months we’ve all been through, it’s been really good to see everyone. It’s great hearing from the former players and managers too.”

The most recent lunch saw Jenny Poole, the manager’s secretary at Coventry City for 42 years, and former Sky Blues midfielder Barry Powell who, alongside wife Tina, the Club’s Football in the Community scheme in the 1990s, which became Sky Blues in the Community. 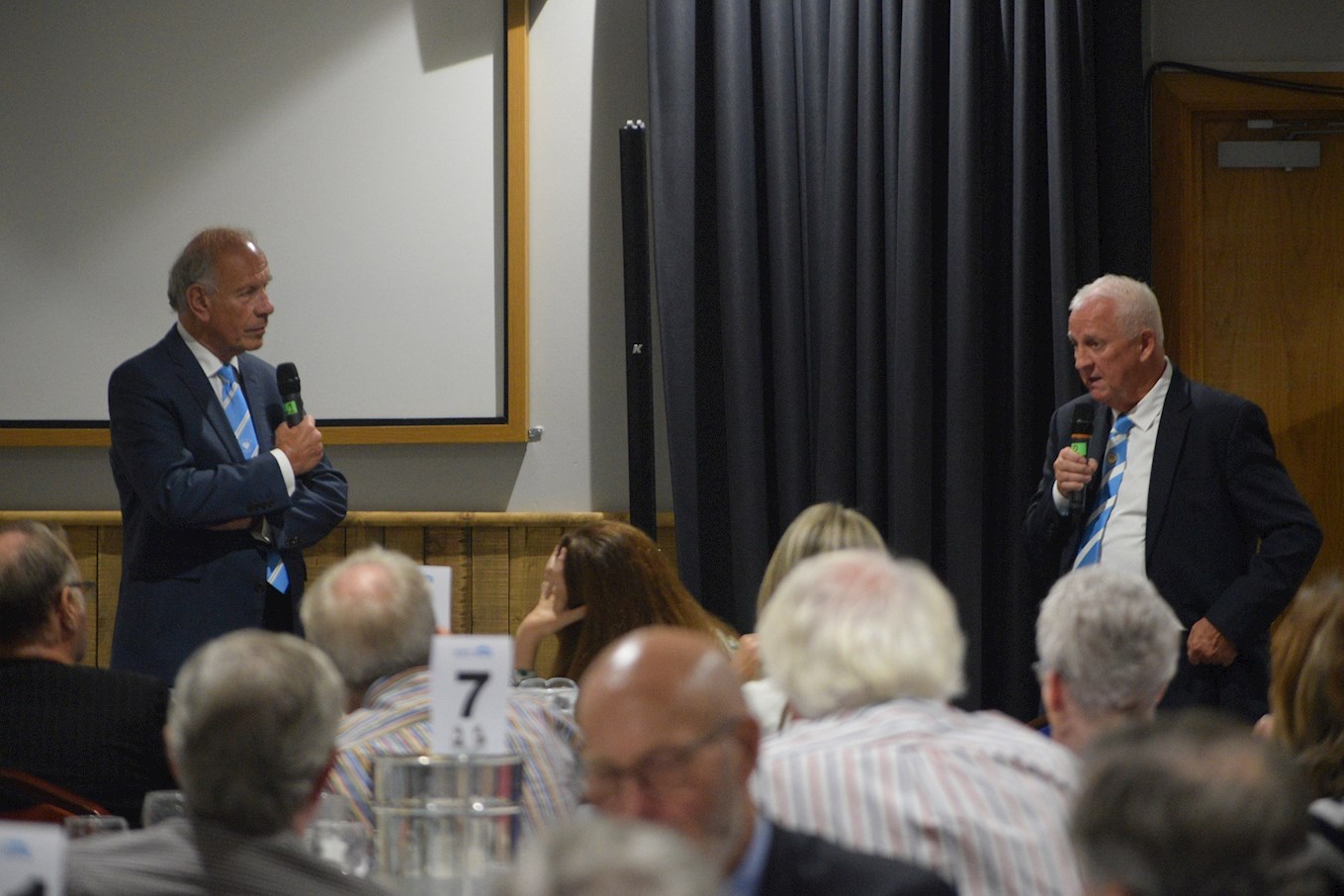 Prior to the pause in events due to the pandemic, recent guests had included former players Steve Ogrizovic, Dave Jones, David Speedie and Dele Adebola.

Joe Elliott, former Chairman of Coventry City, is President of the Diamond Club.

“It’s so good to see Coventry City supporters of many years here enjoying themselves, renewing memories from people like Barry Powell and Tina of course”, said Joe.

“We’ve had some great speakers – Ron Atkinson, Gary Newbon, Alan Brazil, Noel Whelan – it just goes on and on and on.

“We’ve had some great guests and we’ve got more lined up – I think Gordon Milne’s one of the next ones, a fantastic manager at Coventry City through the 70s.”

The range of guest speakers reflects the amount of time that Diamond Club members have been supporting the Sky Blues – or the Bantams, as they were for some members attending events.

Barry Chattaway, a member of the committee and also the London Supporters Club, saw his first game back in 1948 aged 8, attending at Highfield Road alongside his father who was on leave from the RAF.

“It’s a good buzz,” Barry said. “Everybody is friendly and likes a nice chat. It’s been 18 months since we saw each other and have missed one another, and football, but now things are looking better.

“We try to help lots of people come into our meetings, whether they’re in wheelchairs or less mobile, and make sure it is accessible for all.” 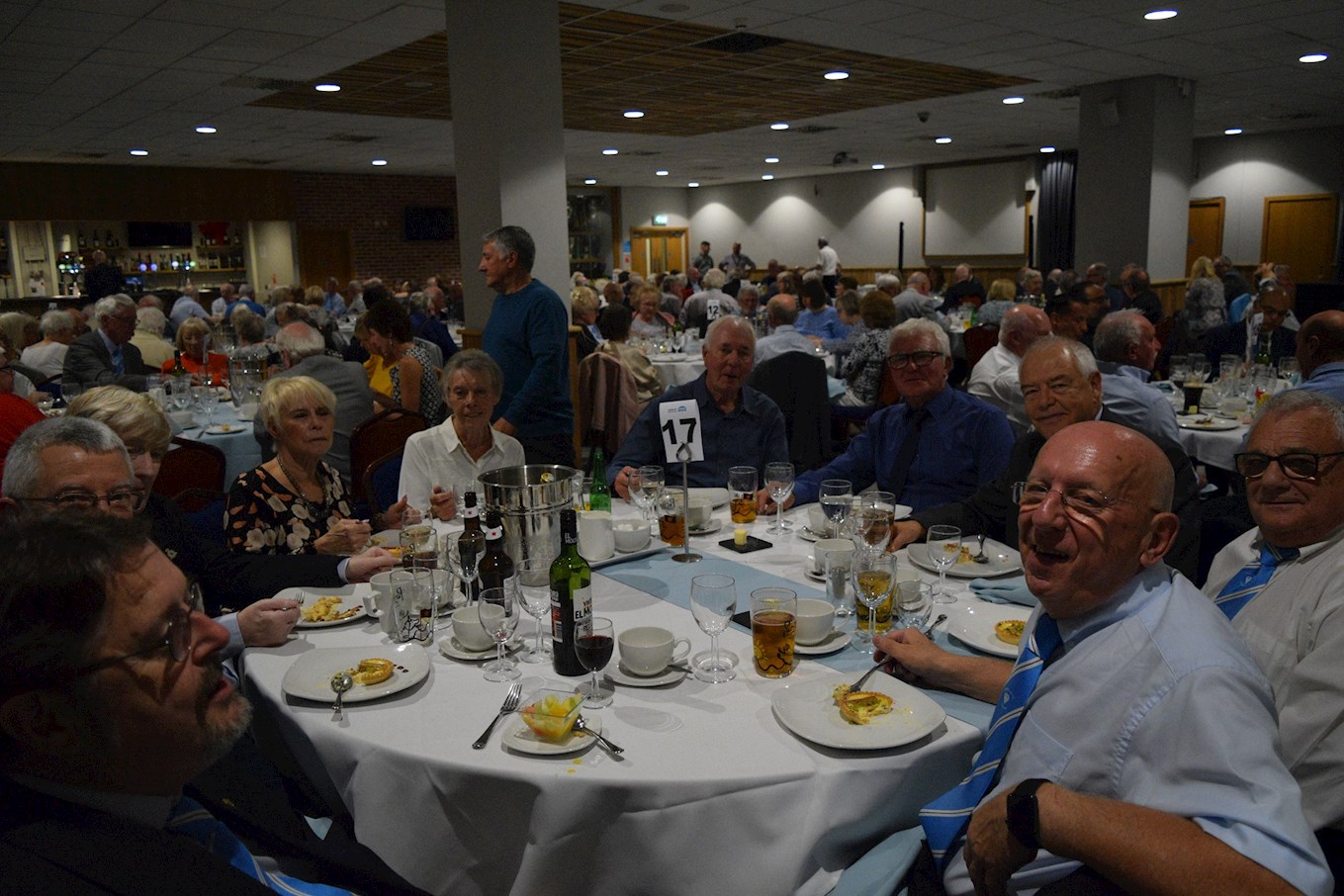 As well as reminiscing about old times, there is much excitement about the current Sky Blues side, now back in Coventry and playing at the Arena.

Ray Stephens is the registrar for the Diamond Club and attends meetings alongside his wife Carol, the pair having supported Coventry City for a combined 116 years.

“The football we’re seeing now is as good as we saw in the 90s, I’d say better,” Ray said.

“You can feel the buzz amongst these people here today. People are amazed at the feeling that’s within the Club – I’ve never experienced it at the Diamond Club. It is the same sort of feeling as in the 60s, without a doubt.”

“Where else would get a meal like you do here for £23? For non-members it’s £25.50 – they only come once as a non-member, next thing I’ve got an application to become a Member. It’s that popular.” 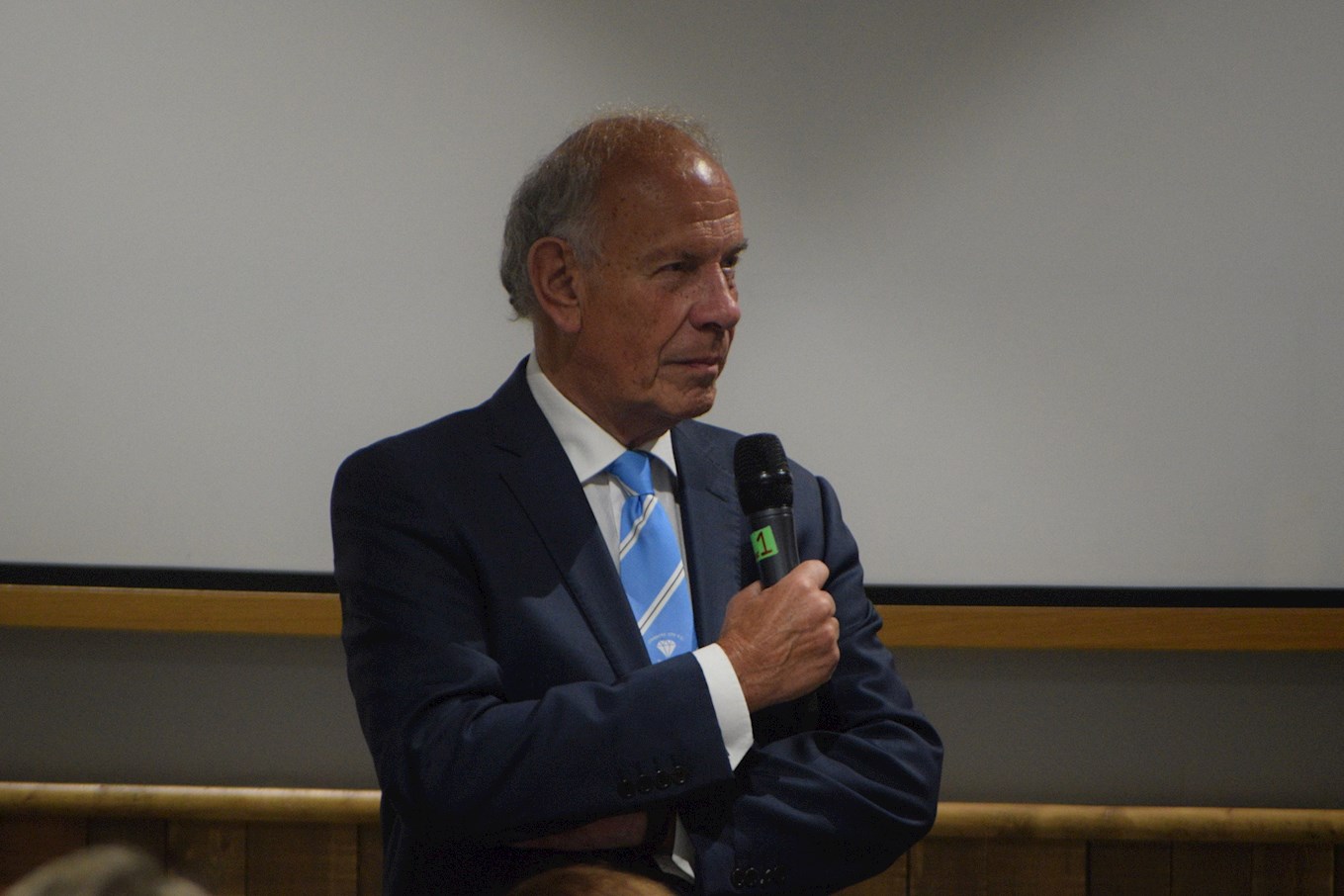 As the meeting ended with a raffle and also bingo, Diamond Club President Joe Elliott concluded:

“The Diamond Club is well worth joining.

You can also visit the Diamond Club website here: http://ccfcdiamondclub.homestead.com/index.html