The minutes from the latest meeting of the Supporters Forum have been published.

The meeting was held on Thursday 30th September at the Sky Blue Tavern.

Notes from the meeting can be seen here.

Notes from the Q&A section with Dave Boddy can be seen here.

The next meeting is due to be held before during December. 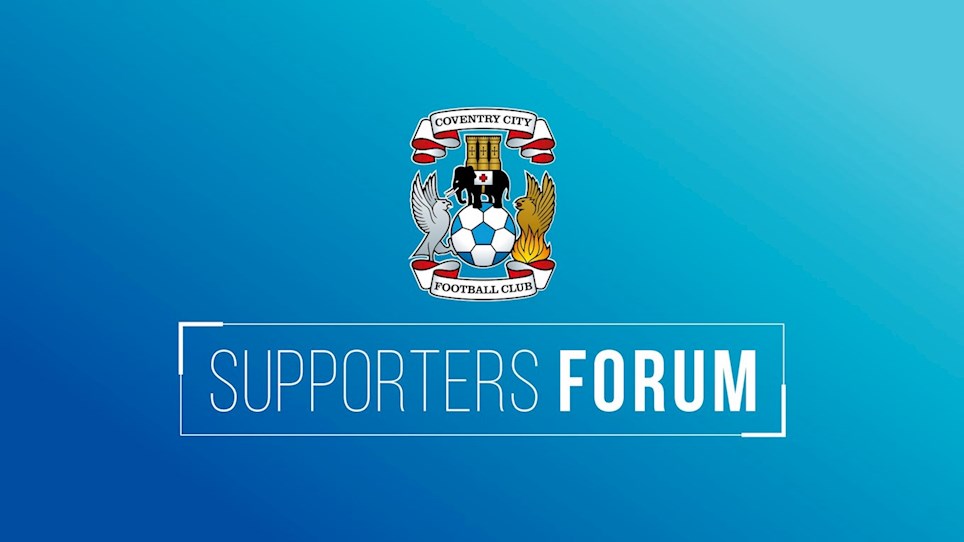 
The minutes from Thursday's Supporters Forum meeting have been published.


The minutes from Thursday's Supporters Forum meeting have been published.


Following feedback from members of the Supporters Forum group, the next meeting of the Forum has been postponed.


Minutes from the latest Supporters Forum meeting are now available to view.


On Callum O'Hare's landmark appearance, Mark Robins makes three changes to the side that beat Fulham with Michael Rose, Todd Kane and Tyler Walker coming into the side today at Ewood Park.

NEWS: Coventry City to wear 21/22 away kit for the first time on Saturday!


Coventry City will wear the 21/22 away kit for the first time this Saturday against Blackburn Rovers!

SKY BET EFL REWARDS: A signed City shirt has to be won this matchday!