In our latest feature of the Loan Watch series, we caught up with another one of our young players that have temporarily left City to gain some invaluable experience in their budding careers.

We caught up with Danny Cashman to find out how his loan spell at Rochdale is going with the North West outfit hoping to bounce straight back after last season’s relegation from League One.

The 20-year-old attacker made his football league debut whilst on loan at the Dale as a substitute on the opening day of the season and Cashman explains how he has to bide his time before becoming a fixture in the side.

“It’s been good, to get senior football and get games under my belt.” Cashman said.

“Since moving here the boys have been class and I’m just learning everyday under the gaffer (Robbie Stockdale) and Jimmy (James Shan) and it has been a good experience so far.

“I think I only started one league game in about seven, but my stats were quite good but it’s just about being patient and proving to the Gaffer I was ready to start.

“Obviously four consecutive starts I had in a row and coming on every game is always a bonus so I’ve been really surprised by it but at the same time you’ve got to bring yourself down reality quick and switch on and make sure to be prepared.” 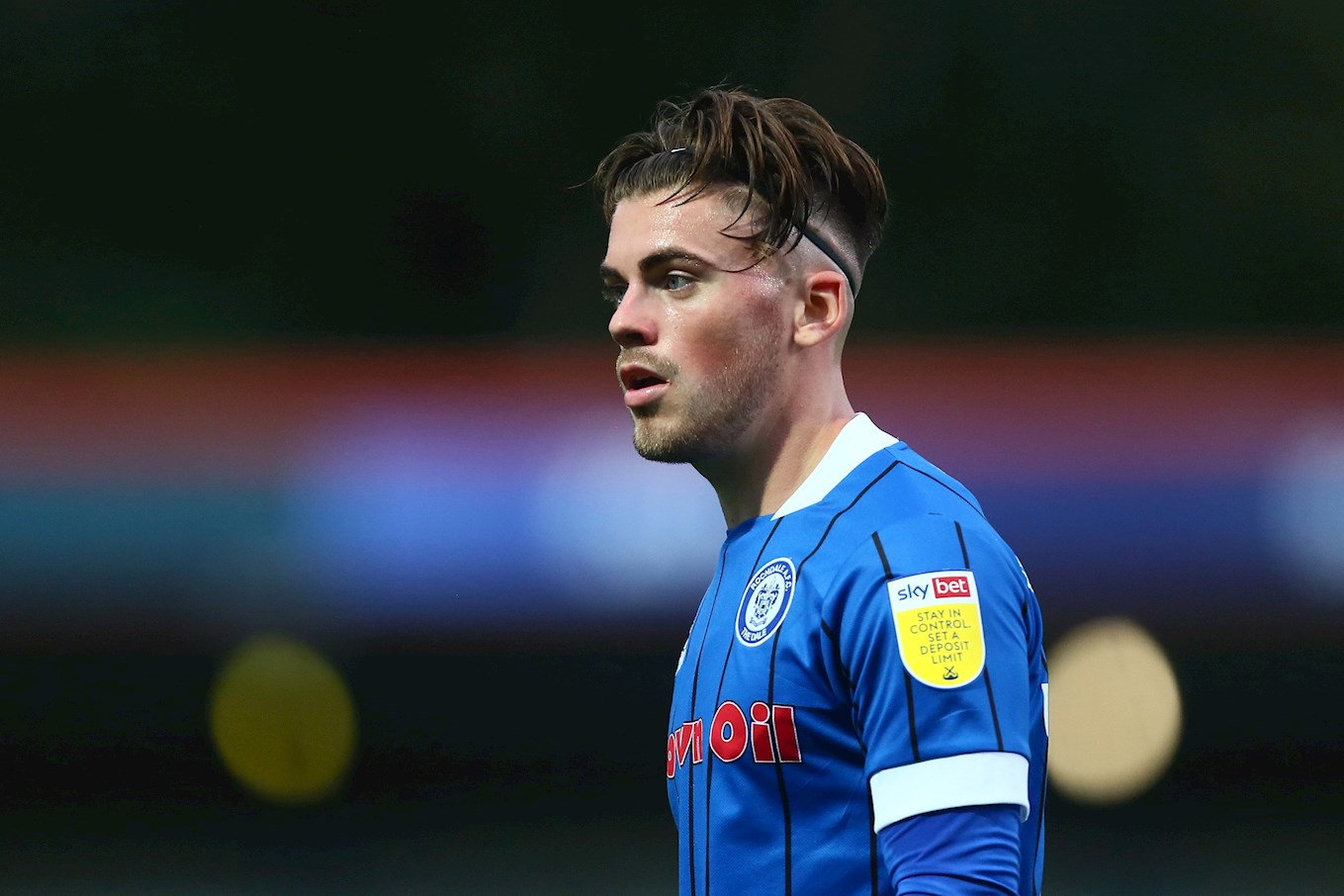 The Crawley born youngster spent nine years at Brighton before leaving this summer for Coventry and spoke of the difficulties of initially moving away and how he has overcome them during his two months away.

“Considering I have never moved club before in my career it wasn’t as bad as I thought it would be.

“The hotel wasn’t ideal, that was kind of the hardest part for me but ever since moving into my apartment I have loved moving up here in Manchester.

“For anyone that has been in a hotel alone, it’s obviously not your place and you know you are there temporary, and it’s that waiting for that moment to leave.

“There isn’t a lot you can do in a hotel, it’s not that big so it is quite claustrophobic, so I was kind of trying to think of ideas of what to do during the day after training just to get out.

“But the boys have been class and I couldn’t ask for anything better really.

“Now I’ve moved into the apartment you’ve got that freedom to do what you want and more space and more things to do if I need to.”

Cashman knows of the pressure for strikers to get off the mark early, so he was happy to find the back of the net in just his second start, the 2-0 win over Shrewsbury Town in the Second Round of the League Cup, and wants to get his team back up the league after a five-game unbeaten run ended at the hands of Oldham Athletic last month.

“Especially as an attacking player I am judged off my assists and my goals and obviously the quicker I did that and proved to the gaffer and the boys I can do that, it is a good feeling.

“Apart from the last few games, ever since the Burnley trip, we’ve been a bit unlucky with results. The performances have been there it’s just that last part of the game we need to fix on but the four starts have been good.

"I’m not trying to look into anything too much. I’ll take it day by day and train hard and push myself every day as I like to set myself high standards.

“I want to be known as someone who is probably performing as one of the best in the league and being talked about and help the team as much as I can and play as much as possible." 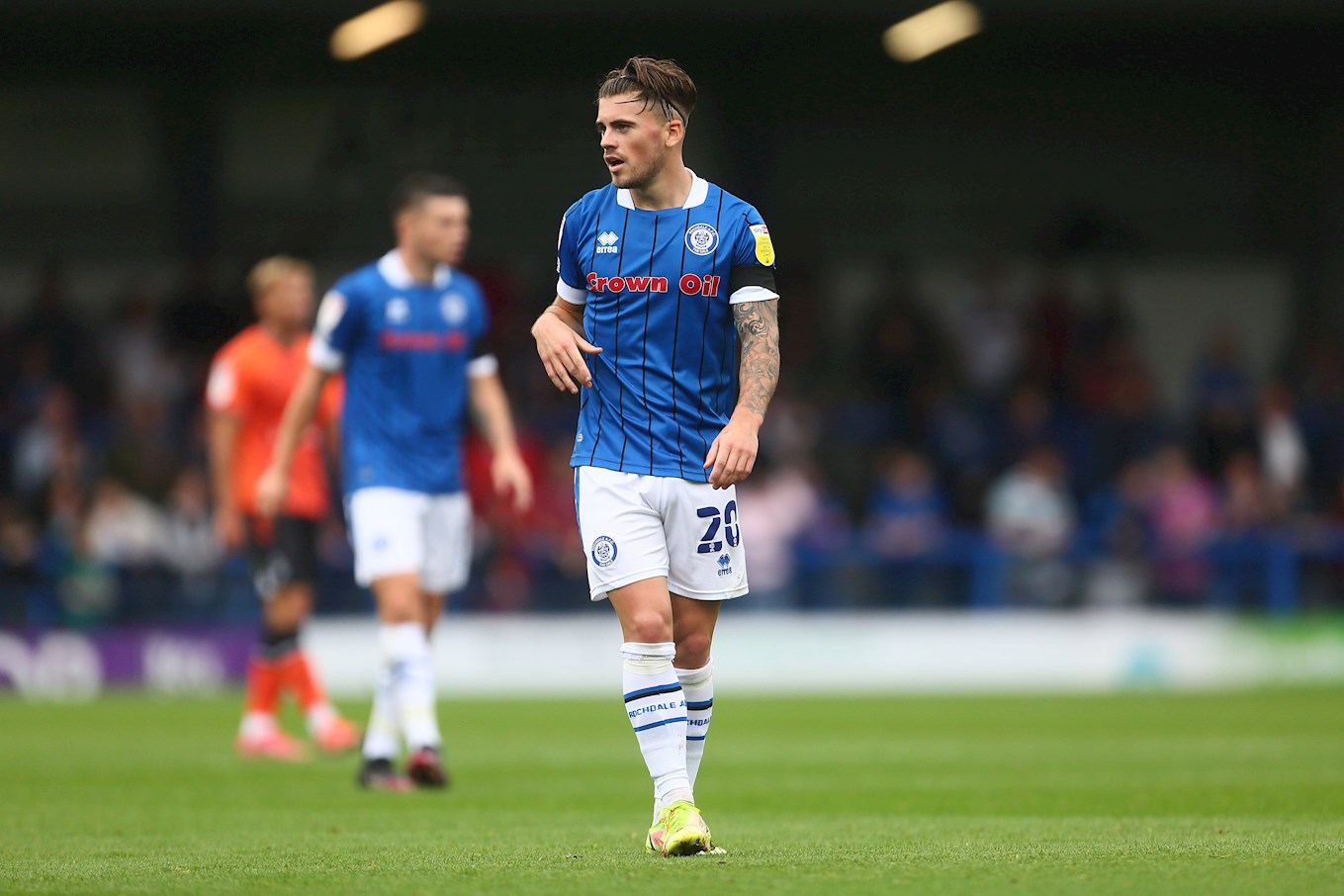 Cashman spoke of his joy of joining the Sky Blues and hopes his performances at Spotland will catch the eye of the staff at Ryton as he hopes to feature in the manager's plans next season.

"As soon as my agent said Coventry were interested I was like ‘I want to be there, in the Championship, a very good team with they way they play and they bring through a lot of good players' so there were many things that added up to me wanting to be there and push that move.

“I think it (the loan) gives the manager at Coventry a chance to see me in a first team environment and hopefully I am handling it well.

"It is a long season so by the end of it I hope I have good some good minutes under my belt and numbers under my name to show him I have had that experience.

“Without being disrespectful we know League Two isn’t probably the standard of the Championship but you do see a number of players making the jump so I don’t think that would be a problem.

“I think it is benefitting me, obviously I am not around the building at Coventry so I hope they are seeing my progress and that can only excite them for when I come back.

“I think stats in this day and age are very important and I want my stats to be good so that the gaffer and the staff at Coventry see that and then when I go back I am ready to take on whatever anybody asks of me.”

Finally, despite only joining City in the summer and yet to appear for the Sky Blues with him going out on loan, Cashman explains how grateful he has been to the supporters and how he has been able to build a rapport with them so soon.

“On social media you’ve got to sit back a bit and not read to much into it and get carried away, but the certain thing with my mum really helps me as a person with how I’m feeling and more importantly my mum as I know she would have read that and felt a lot better about herself which is probably the biggest thing for me, I was blown back a bit with how together the club really is."