The Sky Blues host Swansea City this evening at the Coventry Building Society Arena in the Sky Bet Championship. Here’s everything you need to know about our opponents. 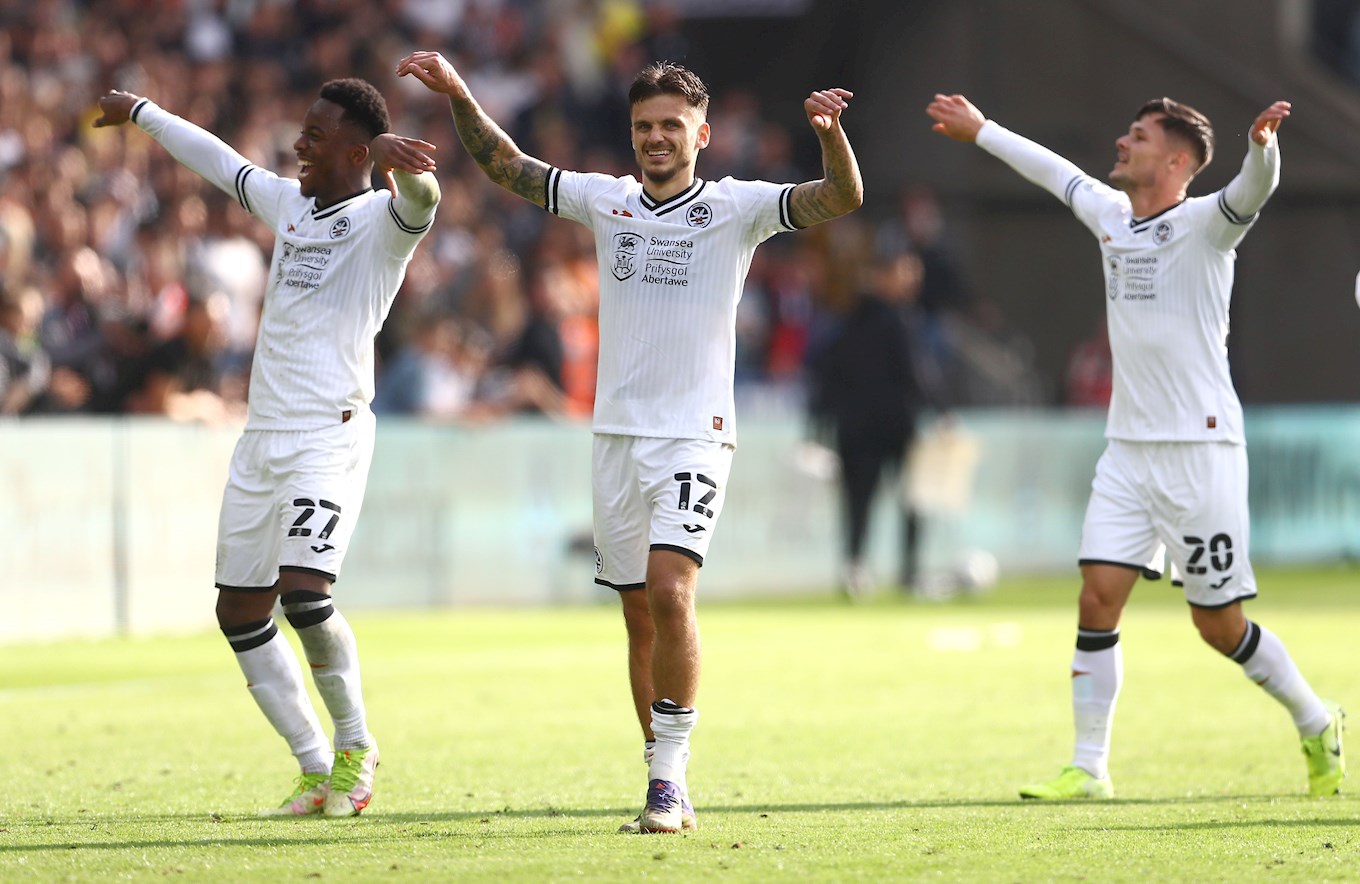 Going into tonight’s match Swansea City currently find themselves 13th in the Sky Bet Championship having come into form of late.

The Swans pre-season was disrupted by the late departure of Steve Cooper after a two year spell in South Wales where he had led them to successive Play-Off campaigns, with Russell Martin coming in.

The long serving duo of Nathan Dyer and Wayne Routledge departed after two decades of service between them this summer as well as last season’s top scorer Andre Ayew who joined Al Sadd after a 17 goal haul last term.

In mid September Swansea found themselves as low as 21st in the table but after only two defeats in the last seven games they have risen up the league of late and beat promoted Peterborough 3-0 on Saturday, with Piroe scoring his ninth of the season in the win.

The Dutchman is the Swans top scorer so far with Paterson next on five then Morgan Whittaker on three goals. 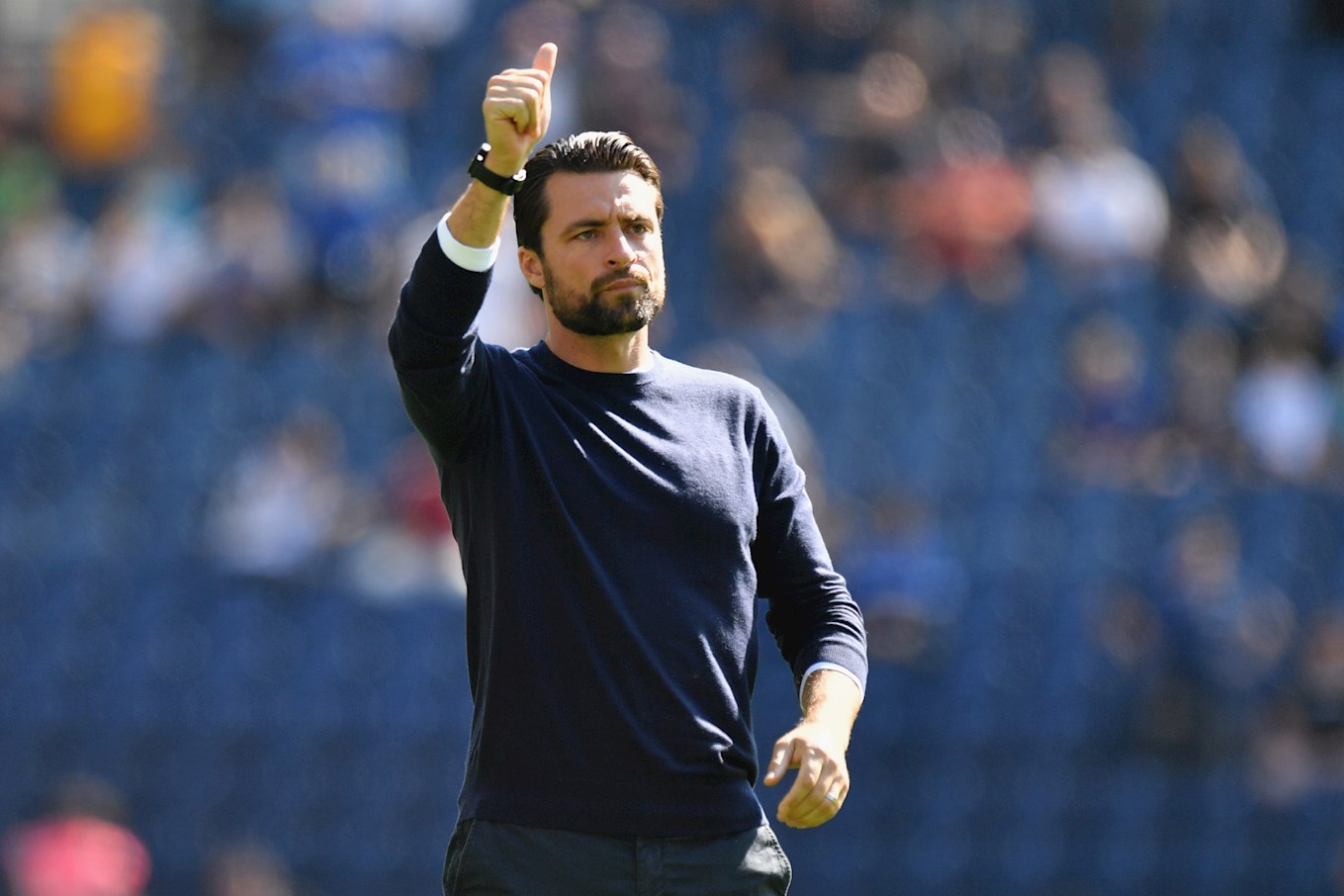 After 142 appearances in Buckinghamshire, he joined Peterborough United in 2008 and played in every league game as Posh earned promotion to the Championship.

He departed halfway through the next season for then League One Norwich City and earned promotion for a second successive season from the third tier, winning the 2009/10 League One.

Martin then played every minute of the following season as the Canaries’ finished runners up to QPR to give Carrow Road top flight football for the first time in six years.

Goals in wins against fellow promoted sides Swansea City and QPR helped see the East Anglia outfit finish 12th and he was announced as club captain in 2013, featuring 95 times before Neil Adams’ men were relegated in 2014.

A Wembley victory over Middlesbrough saw Martin captain his side back to the top flight but they went straight back down with the full back making his 300th club appearance in April 2017.

After a half season on loan at Rangers in early 2018, he departed Norwich spending time with League One Walsall before arriving in Milton Keynes in January 2019.

A fifth promotion of his career was earned at Stadium MK and after 34 appearances for the Buckinghamshire club he was made caretaker manager after the departure of Paul Tisdale and led them to a 19th placed finish in their first season back in the division before a 13th place finish last season.

This summer he took over Swansea City and after a one win in the first eight in the league he has led the Swans to three wins in their last four, including a 3-0 win over Cardiff City in the South Wales Derby.

During his time at the Swansea.com Stadium, Martin has managed 18 matches recording 7 wins, 5 draws and 6 defeats. 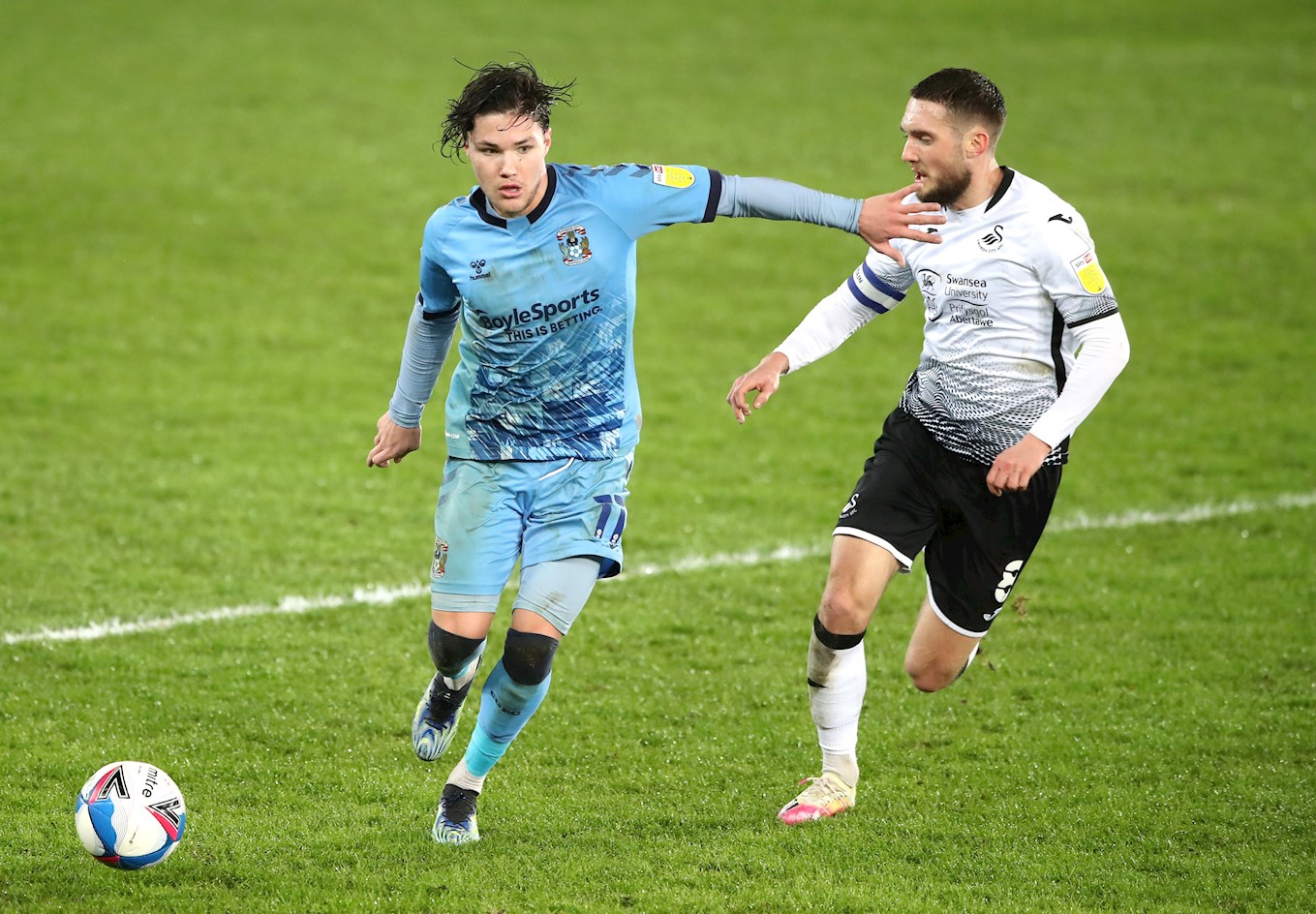 The two sides last met in February 2021, with the Sky Blue losing 1-0 at the Swansea.com Stadium in the Sky Bet Championship.

City ‘keeper Ben Wilson was called into action early on to deny Jamal Lowe before Max Biamou fired just wide for the visitors.

Liam Kelly shot over the bar before Connor Roberts cut the ball back to Lowe, but he couldn’t get his shot on target.

Just before the break Biamou went close again when the ball rebounded to him, but his half volley couldn’t find the target.

Ten minutes into the second half saw the deadlock broken when Conor Hourihane’s cross was headed in by Ben Cabango from close range.

The Swans went in search of a second through Lowe then Matt Grimes but the visitors fashioned a good chance when Matty James played in Kyle McFadzean but he shot wide. 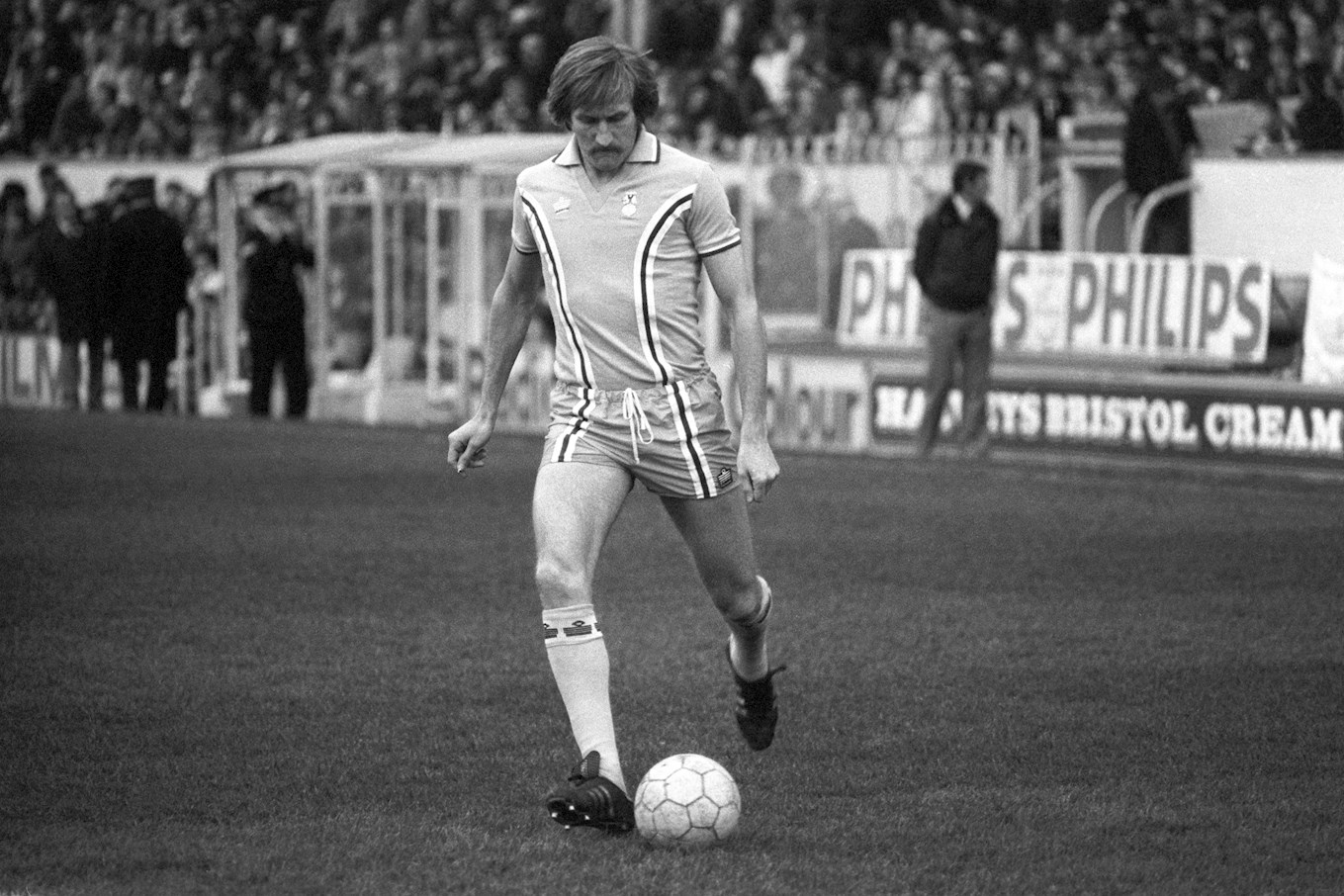 Scotland midfielder Tommy Hutchison spent almost a decade with the Coventry during the 1970s before later joining Swansea City in 1985 in a staggering 29 year playing career.

Born in Cardenden, near Kirkcaldy on the 22nd September 1947, he began his professional career with Alloa Athletic in 1965, spending almost three years there before joining Blackpool, who were managed by Tangerines legend Stan Mortensen at the time.

In 1970, after Les Shannon took over, Hutchison got the chance to play top flight football as the Lancashire outfit earned promotion back to the First Division but went straight back down.

Tempted by the desire to play top flight football again Hutchison joined the Sky Blues for a £140,000 plus Billy Rafferty in October 1972, making his debut in a 3-1 home win over Manchester City.

He scored in a FA Cup Third Round win at Leyton Orient as City reached the Quarter Finals in his first season at Highfield Road in 1973, the same year he won the first of his seventeen caps for Scotland

That August saw him score the only goal against Liverpool in a season City reached another Quarter Final, this time in the League Cup, before he represented Scotland at the 1974 FIFA World Cup getting an assist against Yugoslavia.

The following season, 1974/75, Hutchison was an ever present and scored four goals in the league, his most, finding the back of the net against Newcastle United, West Ham United, Chelsea and Stoke City.

A winner of the club’s Player of the Year Award he was named club captain for the 1979/80 season, but briefly joined Seattle Sounders on loan in April 1980 before departing permanently for Manchester City in October 1980 after 355 appearances and 30 goals for the Sky Blues.

Whilst at Maine Road he managed to score at both ends in the 1981 FA Cup Final in a 1-1 draw before losing 3-2 to Tottenham Hotspur in the replay.

He then spent a year in Hong Kong with Bulova winning the Hong Kong FA Cup and Hong Kong Viceroy Cup in 1983 and after two years at Burnley he arrived in South Wales in 1985.

Becoming manager of Swansea City that year he then returned to playing the following year and went on to play 178 times, scoring nine goals for the Swans.

In 1989 he won the Welsh FA Cup which gave him the opportunity to make his debut in European Competition, at the age of 41, against Panathinaikos.

The Greek side scraped through 6-5 on aggregate, after a 3-3 draw at Vetch Field and became the oldest player to represent the Swans in their history at the age of 43, playing against Southend United in the spring of 1991.

He crossed South Wales to Merthyr Tydfil the same year and continued his playing career until he was 46 in the Southern League after having made played than a thousand first team games and is a member of the Coventry City Hall of Fame. 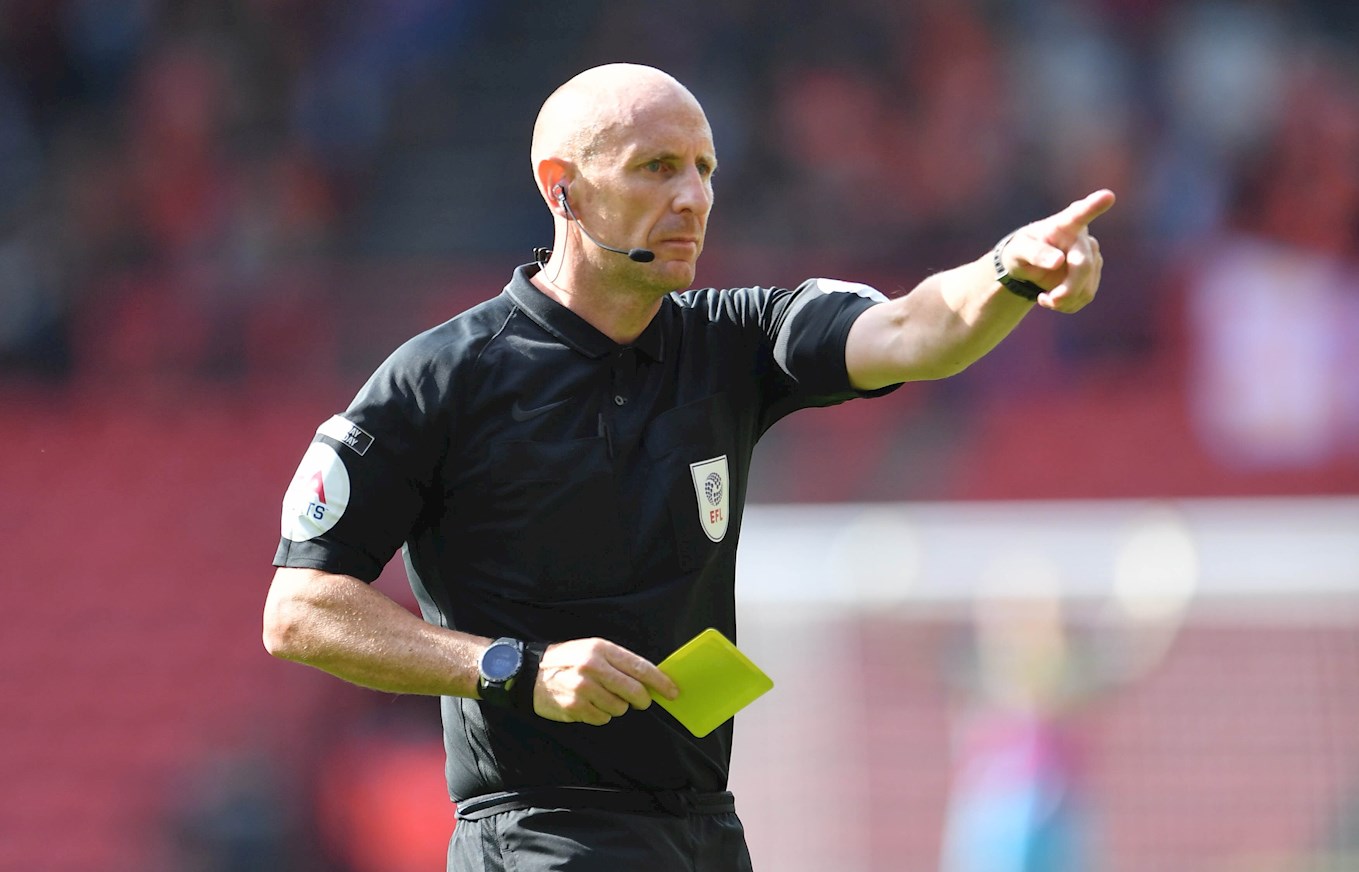 Andy Davies will be the man in the middle for the match with the Swans.

It will be the first time this season he will officiate a Sky Blues match, last officiating City in the 2-1 win at Wycombe Wanderers last December.

So far this season, Davies has awarded 33 yellow cards in his 10 Sky Bet Championship, 2 Sky Bet League One and 1 Carabao Cup matches.

Davies will be assisted by Mark Dwyer and Ian Cooper whilst Joshua Smith will act as the fourth official.