The Sky Blues host Birmingham City at the Coventry Building Society Arena in the Sky Bet Championship this Tuesday. Here’s everything you need to know about our opponents. 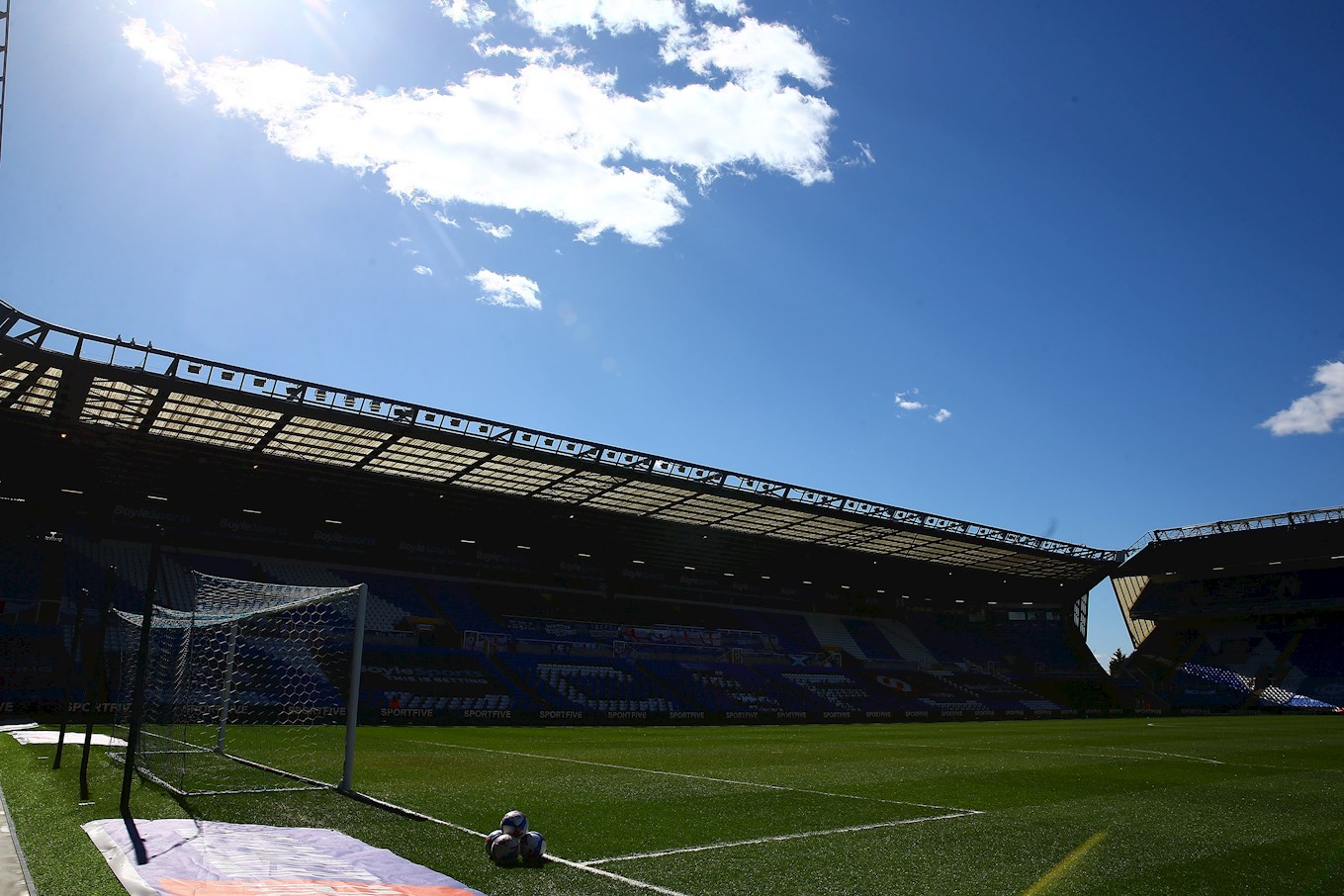 Two-time League Cup winners Birmingham City are currently in their eleventh successive campaign in the second tier since their relegation from the Premier League in 2011.

During that time Blues have lost in the Play-Offs once and avoided relegation on the final day on four occasions with Lee Bowyer’s side finding themselves 15th in the Championship at the moment.

An 18th place finish will be one Bowyer hopes to improve upon this term after his spring appointment and this summer he welcomed eleven new faces to the club including experienced striker and boyhood fan Troy Deeney as well youngsters Manchester United loanee Tahith Chong and Wolves duo Dion Sanderson and Matija Sarkic, who have gone to become regulars.

After winning their first game of the season away to Sheffield United, their most impressive win so far came in their fourth game of the season at Luton with Bowyer’s side winning 5-0. However, a seven-game winless run was ended at the end of October with victory at St Andrew’s against Swansea City.

Scott Hogan netted in their next match at Middlesbrough, and he is Blues’ top scorer with six goals overall and that goal on Teesside started his current three match scoring run. Deeney has netted twice, against Fulham and Swansea, since joining as well contributing three assists with Riley McGree, Gary Gardner and Marc Roberts also finding the back of the net on two occasions. 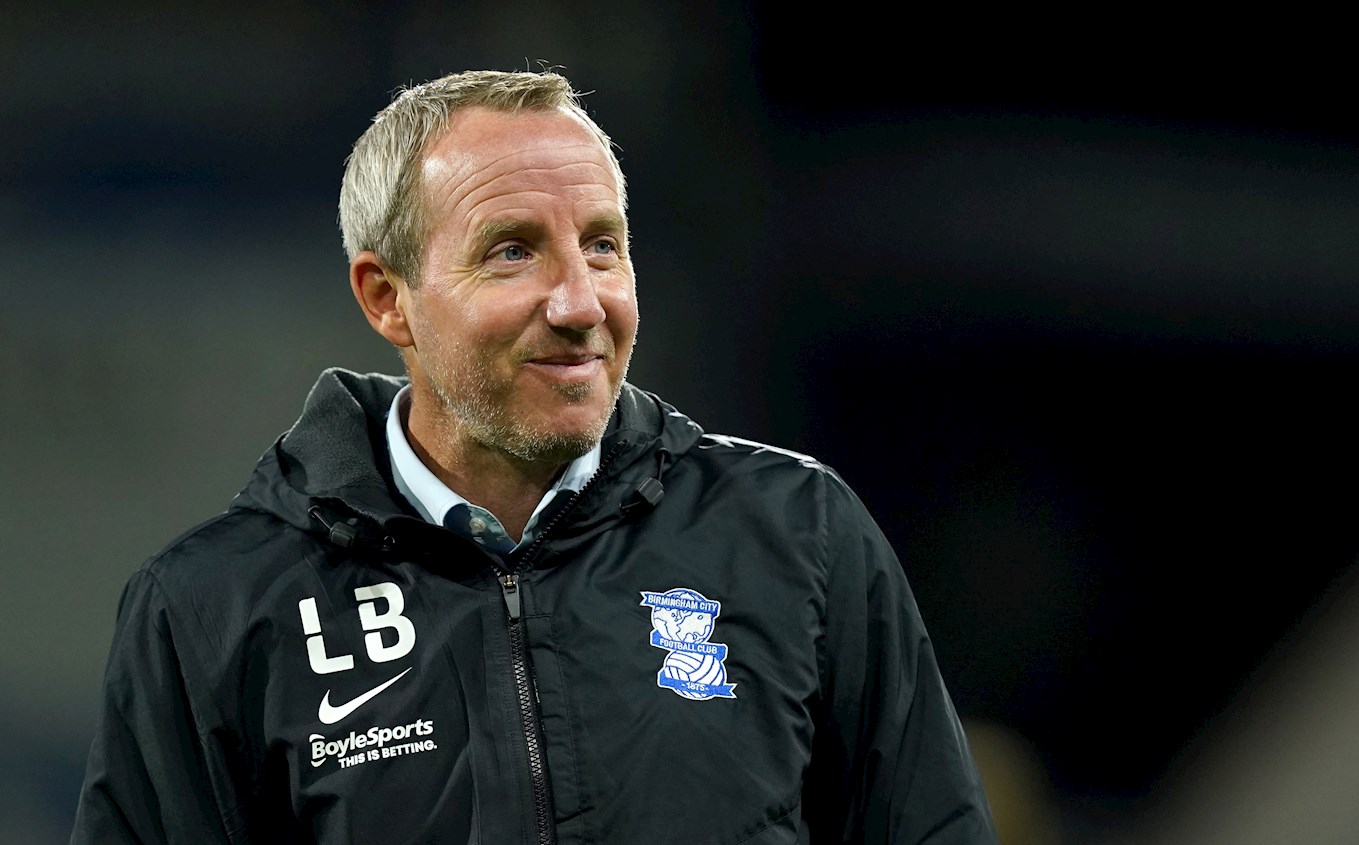 Canning Town born Lee Bowyer had an eighteen yearlong playing career, spending most of that time in the Premier League before entering management in 2018.

After coming through the ranks at Charlton Athletic Bowyer joined Leeds United in 1996 for a then record fee for a British teenager, and became a key man whilst at Elland Road, featuring heavily as the Whites achieved five successive top five Premier League finishes and made it to subsequent UEFA Cup then UEFA Champions League Semi-Finals, scoring against the likes of AC Milan and Barcelona in the latter as well as earning an England cap in 2002.

Departing West Yorkshire in January 2003 for West Ham United, Bowyer made only eleven appearances as the Hammers were relegated and moved to Newcastle United that summer.

Spending three years on Tyneside and helping the Magpies reach the Quarter Finals of the UEFA Cup but returned to the Boleyn Ground in 2006 and made 60 appearances.

After falling out of favour under Gianfranco Zola he joined Birmingham City on loan and featured 17 times as Alex McLeish’s side earned promotion back at the first attempt to the top flight.

2009/10 was a successful one for promoted Blues who achieved a club record unbeaten run of 12 in the top flight, earning a 9th place finish however despite winning the first trophy of his career, the 2011 League Cup, they were relegated on the final day after a 2-1 defeat at Tottenham.

The next season was Bowyer’s final as a player, scoring twice in 29 games, including a winner at West Ham for Paul Jewell’s Ipswich Town, retiring at the age of 35.

He returned to Charlton to begin his coaching career on a full time basis before being names assistant manager to Karl Robinson in the summer of 2017 but by the end of the season he would be the man in the dugout, leading the Addicks to a 2-0 victory over Plymouth Argyle as caretaker in March 2018.

He led the South London club to the League One Play-Offs at the end of the season although they lost to Shrewsbury Town, not named permanent manager until that September he would achieve a third place finish in his first full season in charge beating Sunderland at Wembley in the Play-Off Final to secure Championship for the first time in three years for the Addicks.

A bright start to the season saw them sixth at the end of August however one win from late October to the start of February, with off field issues affecting the club, saw Bowyers side in a survival fight and despite winning the first two games after lockdown they would lose the fight on the final day of the season back at Bowyer’s former club Leeds.

Bowyer departed The Valley in March 2021 for another former club in the form of Birmingham, with the South London side 8th in the third tier, to take charge of a side deep in relegation trouble after Aitor Karanka departed with the side fourth from bottom.

Winning his first game in charge against Reading, he went on achieve four more wins to guide the West Midlands side to 18th in the table, ending the campaign nine points clear of the bottom three.

This campaign saw Bowyer start off with victory at Bramall Lane and then go on a three game unbeaten run starting with the 5-0 win at Kenilworth Road which saw his side go fourth in the table. After falling to 17th in the table Birmingham responded with three wins in a row however they go into the match with the Sky Blues on the back of successive defeats. 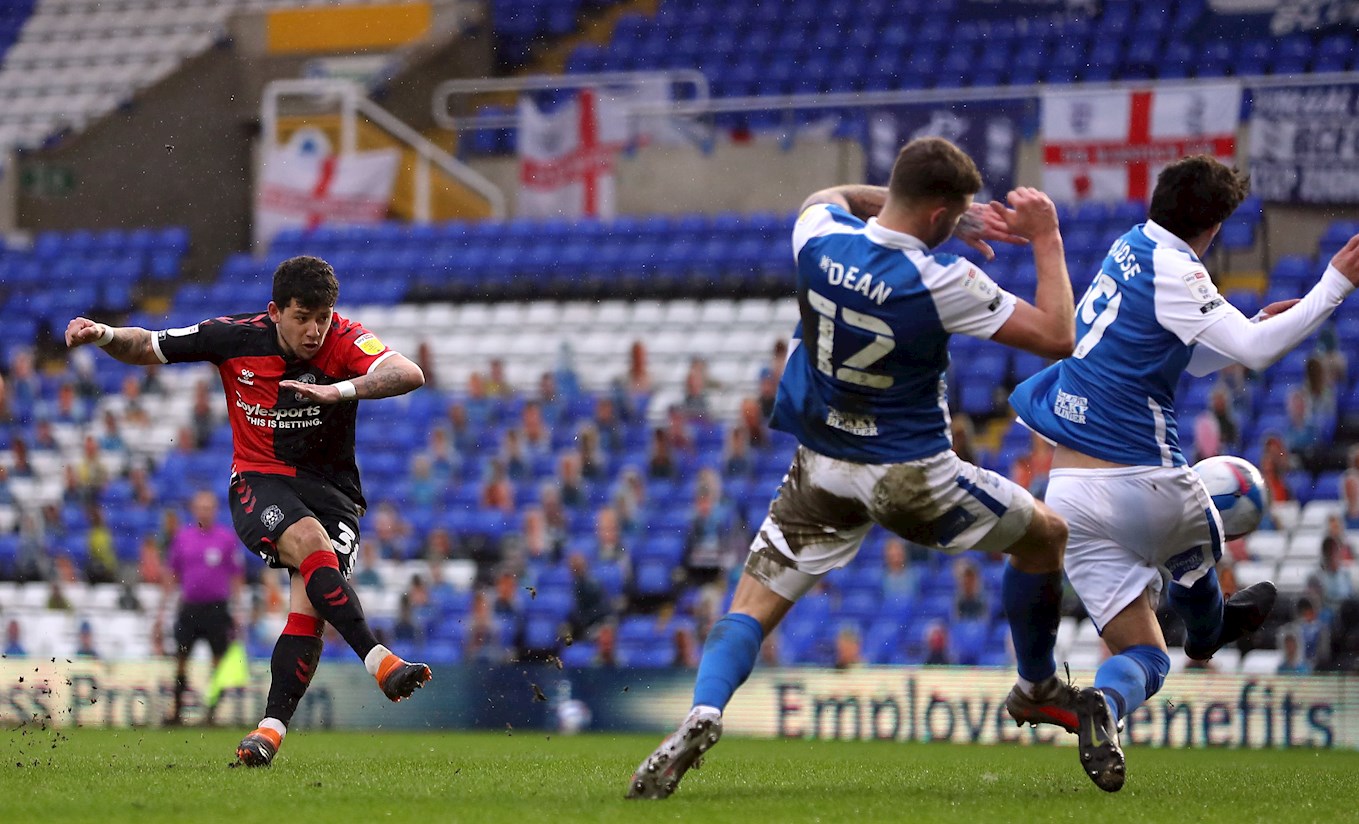 The two sides last met in January 2021 in the Sky Bet Championship at St Andrew’s, with the two teams sharing the spoils for a third successive league game.

Mark Robins’ side started well with Viktor Gyökeres having an effort diverted narrowly wide in the opening five minutes however the home side were awarded a penalty in the 18th minute with Jeremie Bela despatching the spot kick to give Blues the lead.

The Sky Blues wouldn’t be behind for long though as Callum O’Hare stole the ball off Birmingham skipper Harlee Dean and passed to Ben Sheaf who was waiting in the area.

Sheaf then set up Gustavo Hamer to fire the ball into the far corner and get City back on level terms just before the half hour mark.

Birmingham wasted a good opportunity after the break to retake the lead when Ivan Sunjic found Scott Hogan in the box, however the forward headed the ball over the bar.

Coventry created chances of their own and when Max Biamou couldn’t quite bring a cross under his control Hamer was there to fire a half volley, a bit just off target.

Biamou then played Gyökeres but his effort was saved by Blues ‘keeper Neil Etheridge.

Both sides had chances in the injury time with Ben Wilson in the Sky Blues’ goal excellently denying former City striker Lukas Jutkiewicz before Jordan Shipley’s header was clearly by some last ditch defending to see both sides leave with a point. 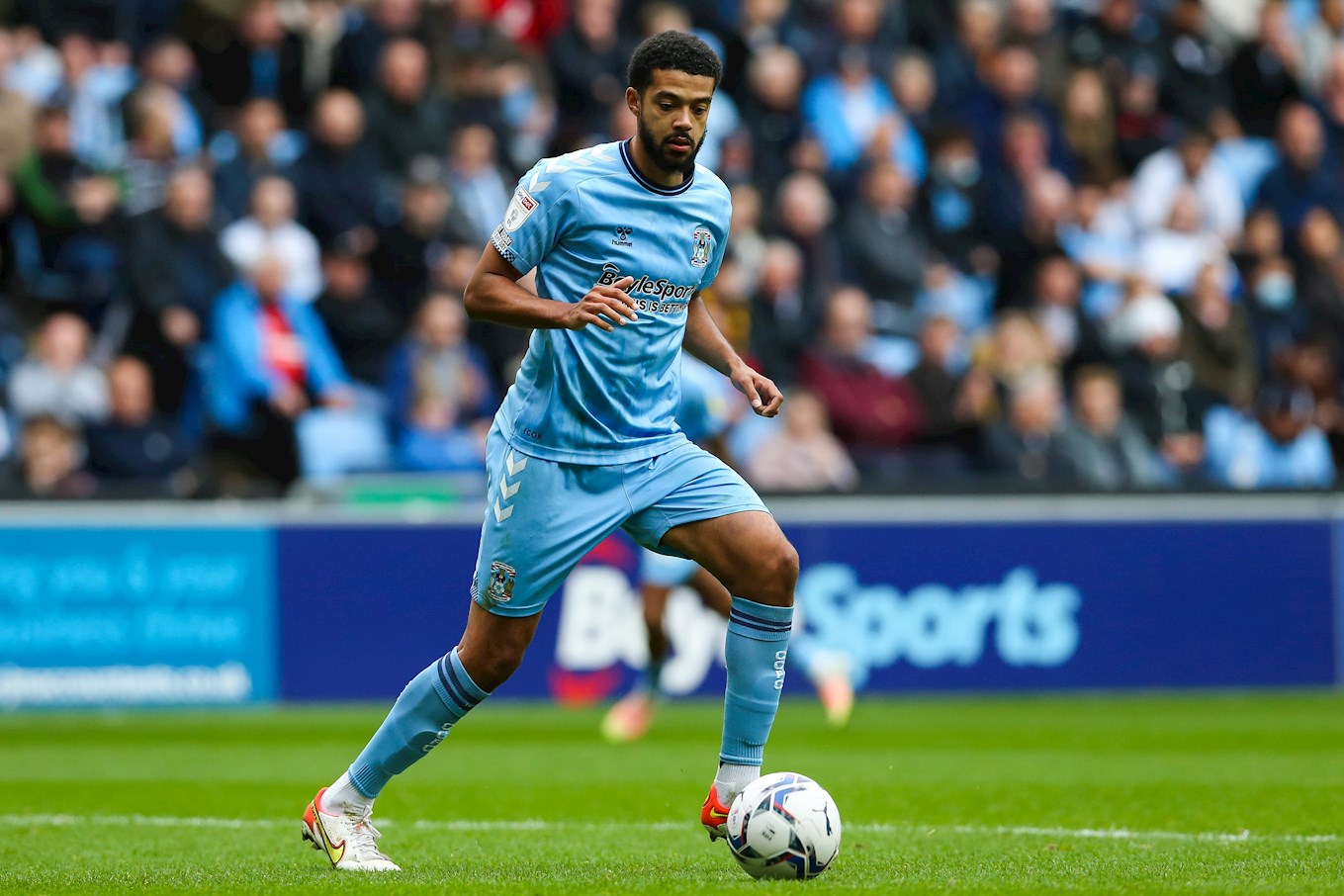 Carshalton born defender Jake Clarke-Salter joined City on loan from Chelsea in August 2021 and has made 13 appearances so far for the Sky Blues after spending the last two seasons on loan with fellow Championship side Birmingham City where he played 35 times in total.

Clarke-Salter joined Chelsea’s academy initially in 2006 but after spending the 2007/08 season at Sutton United he returned to the West London club, winning the FA Youth Cup three years in a row from 2013/14 as well as winning successive UEFA Youth Leagues in 2014/15 and 2015/16.

It was during the latter season he made his first team debut for the Blues when came on as a substitute in a 4-2 win against Aston Villa at Villa Park in April 2016.

At the end of the following August, he joined Bristol Rovers on a season long loan and made his debut at Bramall Lane against a Sheffield United side that included future Sky Blues teammate Simon Moore.

In his second match for the club, he got his first assist at professional level when he set up Matt Taylor for the second of what would be a hat trick as the Gas fought from 3-1 down to earn a point against Milton Keynes Dons.

That Saturday he then scored the second goal for Darrell Clarke’s side, as well as ensuring a clean sheet, in a 2-0 win at Boundary Park against Oldham Athletic

He would make another 10 appearances for the West Country club before returning to Cobham at the end of the season.

2017/18 saw Clarke-Salter make his second appearance for Chelsea, again off the bench, in a 5-1 win over Nottingham Forest in the League Cup but he would leave on loan that January for Sunderland where he gained his first experience of the Championship.

Whilst on Wearside Clarke-Salter made 11 appearances and was given the first red card of his career against Middlesbrough, departing at the end of the season after a second successive relegation for the Black Cats.

A third loan spell for the defender saw him spend a season with Vitesse Arnhem of the Netherlands and he got off to the prefect start by scoring the fourth in a 5-1 home win over FC Groningen and he helped Vitesse to five clean sheets during his time there.

July 2019 saw the start of a two-year association with Blues of the West Midlands as opposed to the Blues of West London when he signed for Pep Clotet’s side for an initial season long loan with is first goal earning a point against Millwall that November.

He added 19 more Championship appearances to his name plus four in the cups that saw him keep a clean sheet against Coventry in the FA Cup Fourth Round.

The then 23-year-old returned to St Andrew’s in October 2020, now led by Aitor Karanka and made 11 more appearances in the dark blue of Birmingham before joining the Sky Blues on loan in August.

His first start for Mark Robin’s side came in the win at Blackpool, with City earning their first clean sheet of the season and Clarke-Salter has gone on to feature in six further victories, playing a big part in the Sky Blues’ strong start to the season so far.

In addition to this, on the international stage Clarke-Salter won the 2017 U20s World Cup with England and has earned 12 caps, scoring once as an U21s international for the Three Lions. 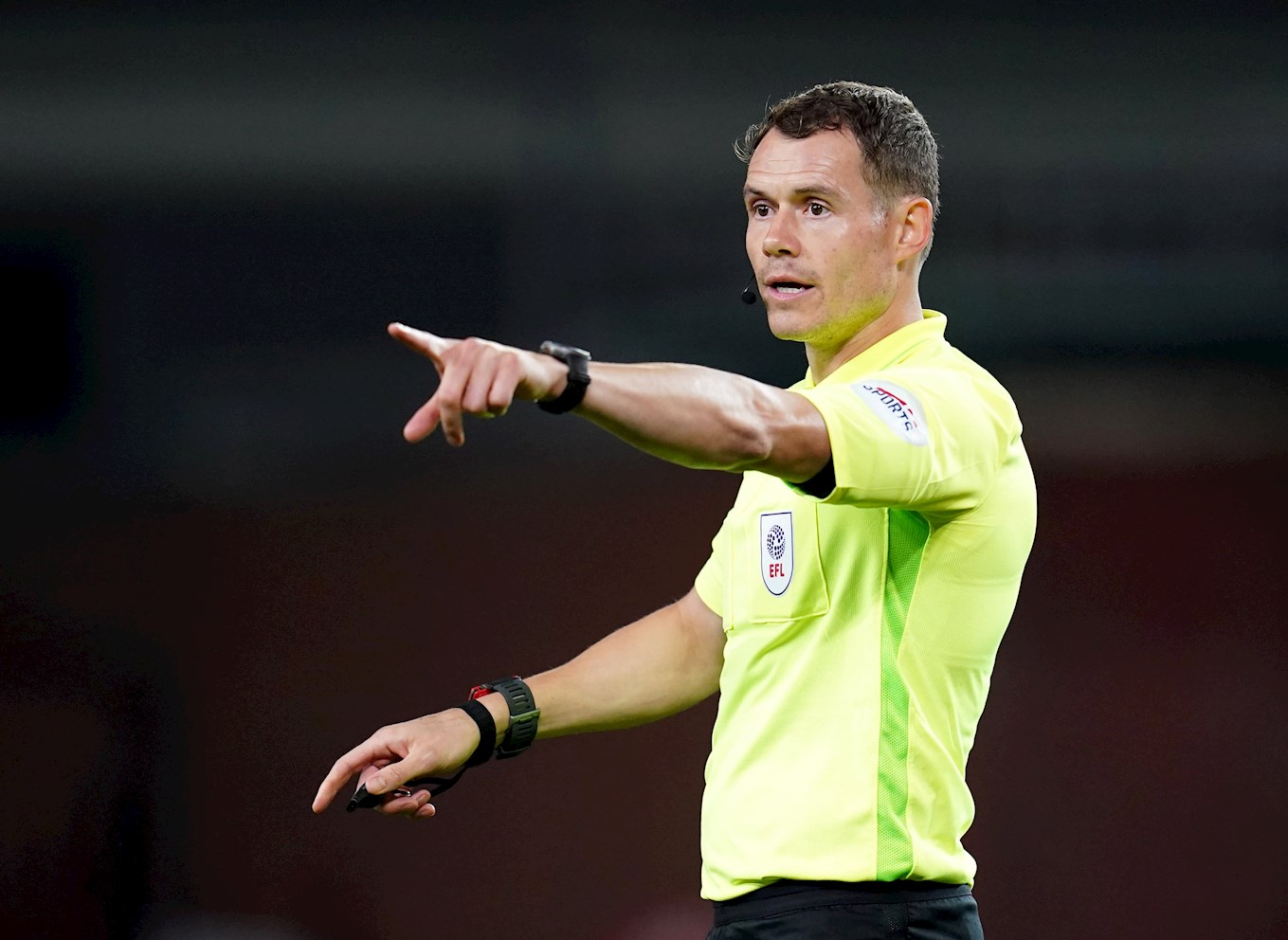 Leigh Doughty will be the man in the middle for the clash at the Coventry Building Society Arena against Blues.

This fixture will be the second Sky Blues' match Doughty has officated this season after overseeing September's 2-0 home win over Middlesbrough.

So far this season, Doughty has awarded 53 yellow cards and 1 red card across the 13 fixtures in the Sky Bet Championship, Sky Bet League One, Sky Bet League Two and Carabao Cup he has officated.

Doughty will be assisted by Robert Merchant and Richard Wild whilst Joshua Smith will act as the fourth official.