Ahead of Coventry City’s game against Birmingham City, local authorities and the two clubs are strongly advising supporters not to travel by train post-match from Coventry Arena station.

The match takes place at the Coventry Building Society Arena on Tuesday 23rd November 2021, with kick-off at 7:45pm.

There is a very limited service running after the game from the Coventry Arena station, restricted to only one scheduled train back to Coventry Station due to COVID-19 measures.

While this will be supplemented by rail replacement buses, we strongly urge fans to make alternative plans and not to travel by train when leaving the Arena.

A big crowd is expected at the Sky Bet Championship game, with over 18,000 tickets sold already, as the two sides meet again back at the Coventry Building Society Arena following the Sky Blues’ groundshare at St Andrew’s.

When travelling to the game, fans are asked to keep the below in mind:

For live updates and travel info, fans are advised to visit wmr.uk/plan 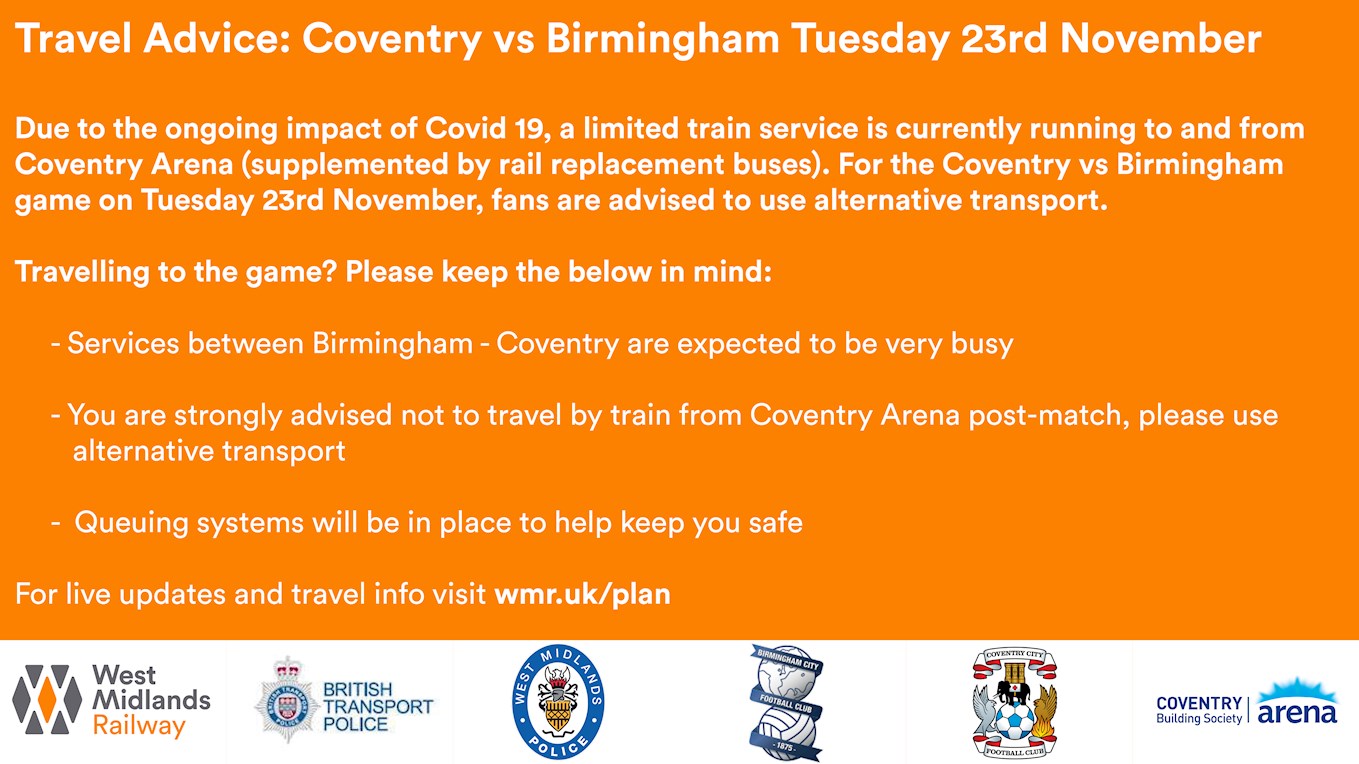 On site parking for this game is no longer available.

To book off site parking, a short walk from the stadium, click here

Birmingham City fans who have organised a coach or mini buses to the game must contact the Coventry Building Society Arena directly to book a parking space at the ground - please e-mail christopher.otoole@apcoa.com