After the game, Michael thanked the support of the Sky Blues faithful as well as looking back on the 90 minutes.

“A bit frustrating, but positives to take, definitely,” Rose reiterated.

“The crowd were so loud, especially in the second half, pushing us on. We could feel it building and building, and we got into some really good areas in the final third, but we just didn’t take the right option in the end, which was a bit unfortunate.

“I think it was just that last pass, we were choosing the wrong option and then in the second half we weren’t playing it quick enough.

“Birmingham are good at what they do, they make the game very difficult and frustrating, they slow it down and especially once they got their man sent off, they just slowed the game right down and got their point.

“It just shows you how far we’ve come, playing against Birmingham and disappointed with a point in the end. There’s been a lot of positives over these last two games.”

Amid a run of appearances for the defender, Rose highlighted how his good relationship with his fellow centre-backs is proving to be a benefit in recent games.

“We all get on really well; the three of us are always laughing and joking and stuff, and we all know each other’s game now.

“That’s been two or three seasons now which we have played together, so we know what to expect of each other. We all push each other on as well, which is good.”

Rose also looked ahead to the rest of the league campaign, emphasising his desire to continue improving individually and as a team to help pick up the points.

“We’ll just keep doing what we’ve been doing; personally, for me to just stay in the team for as long as I can, to keep improving every day and especially as a team as well, we just need to keep improving.

“I think that we can get better as well, which is not a bad thing to say, especially being fourth or fifth in the league. So just always improving every day, pushing each other on.

“We’ve got a tough game now, Bournemouth away, who are probably one of the best teams in the league, so we will get ready for it.”


Ahead of the match with AFC Bournemouth this afternoon, Sky Blues boss Mark Robins gave an injury update on two of his first team players.


Sky Blues defender Dom Hyam praised the defensive resilience of the side ahead of the trip to Bournemouth this weekend.


With the Sky Blues travelling to the South Coast this weekend, City boss Mark Robins is under no illusions the challenge AFC Bournemouth pose as he expects a tough challenge. 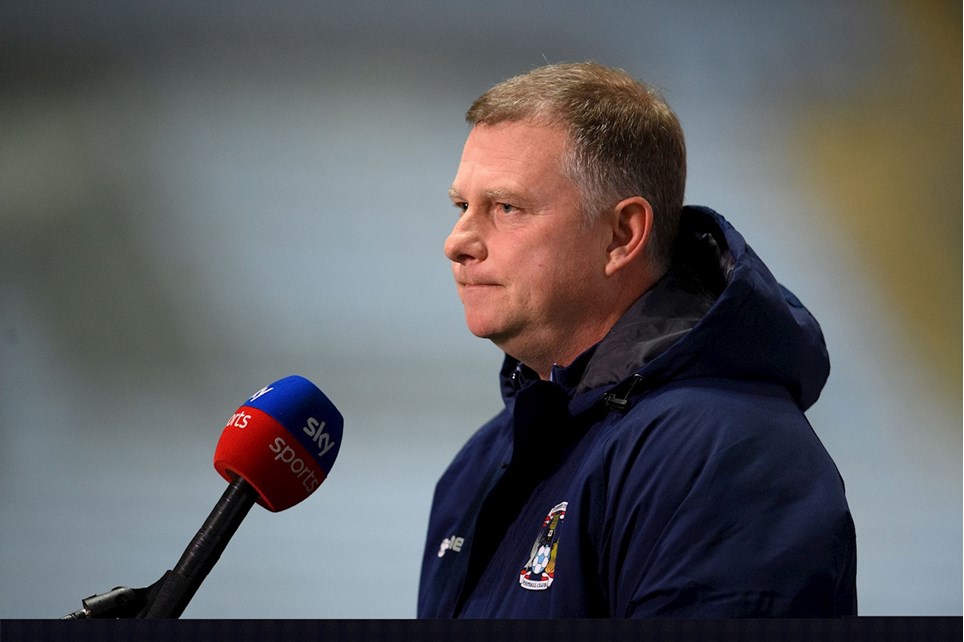 
City boss Mark Robins believed his side just lacked that cutting edge in the match with Birmingham City tonight.