Coventry City have confirmed prices of Season Tickets for the 2021/22 campaign.

Season Tickets will be priced at £375 for Adults, which works out at just over £16 per game. Meanwhile Concessions will be £289 (around £12.50 per game), with Young Adults £175 (£7.60 per game) and JSB Under 16s at £90 – Season Tickets will remain FREE for Junior Sky Blues Members who are aged Under 13, when accompanied by a paying Adult/Concession. 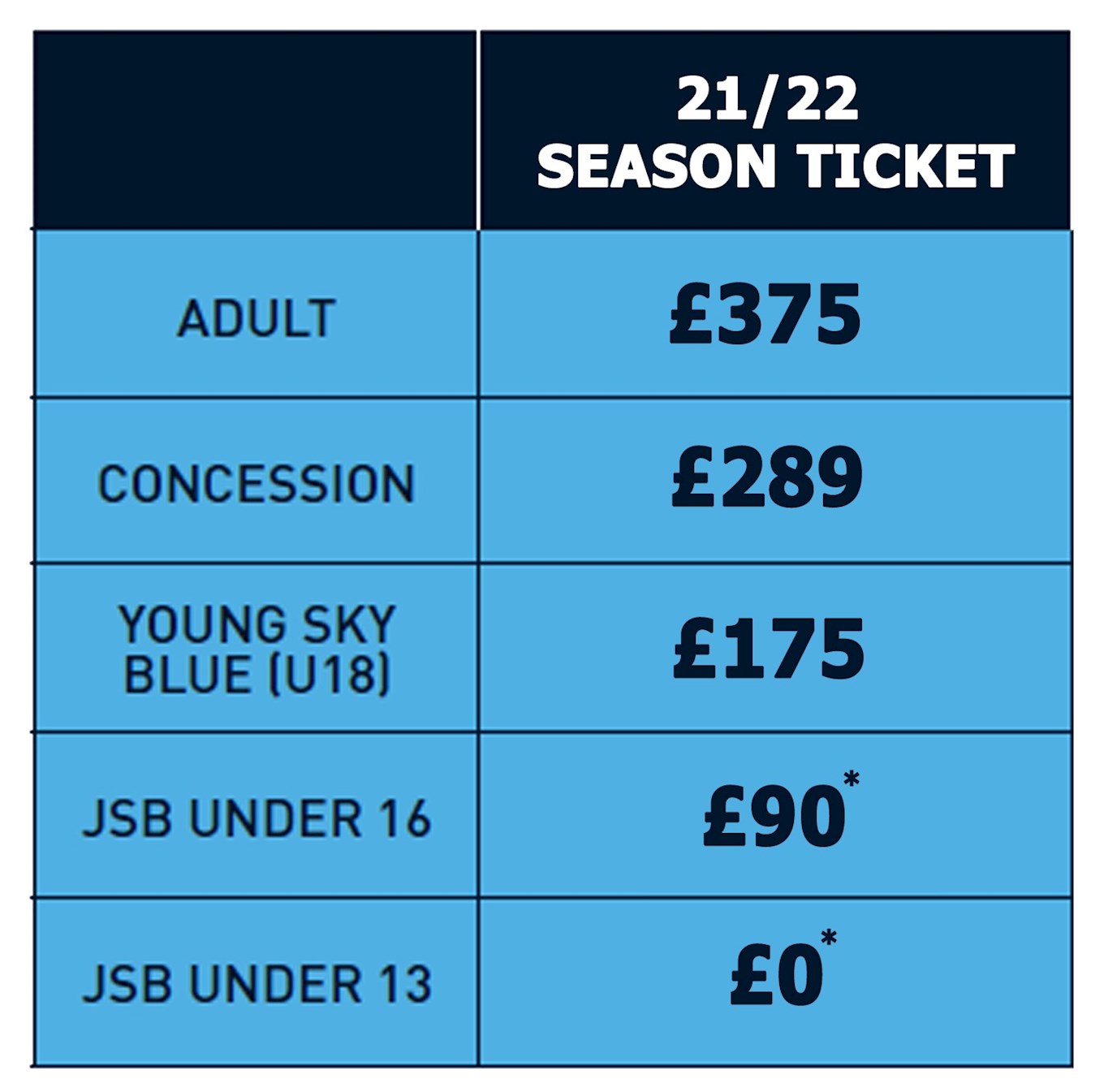 * Must be a JSB Member, accompanied by a paying adult/concession

“We’re pleased to confirm our regular Season Ticket prices for the upcoming campaign, as the 2021/22 season draws closer.

“As we have said previously, a Ricoh Return Membership and Season Ticket is the cheapest way to support the Sky Blues back in Coventry in the Championship next season, and we would urge fans to buy before 31st May to take advantage of this fantastic offer.

“We’re pushing for 10,000 sold, and there’s only 1 year in the last 50 where the Club has reached that figure, so it would be a great achievement and show of support for Mark Robins and the team.

“The on-sale date for these regular Season Tickets will be confirmed once we have more information from the Government about how the roadmap and easing of restrictions will progress for fans returning to stadiums, but we felt it best to let fans know what the prices will be now so that they can make a more informed decision.

“The Season Tickets are still really good value and we’re sure that many fans who haven’t purchased a Membership yet will be keen to secure their seat one way or another to support Mark Robins and the team back in Coventry next season.”

Fans are reminded of the upcoming key dates applying for Memberships/Season Tickets:

21st June – Earliest date for 18/19 Season Ticket holder seats to be released – this is subject to Government easing of lockdown, and may be later. Other fans will then be able to move into newly available seats. Details will be on our website once confirmed.

“This is quite a complex process, due to the Coronavirus situation and also coming back to the Ricoh Arena at the same time, so we thank fans for their patience.

“Seats continue to be reserved for fans from the 18/19 season until further notice and until at least 21st June – once these seats are released, there will be more available for other fans who may wish to change their seats at a later date.

“If anyone has any queries about their specific circumstances, please do contact the Ticket Office on ticketoffice@ccfc.co.uk who will be happy to assist.”