The Sky Blues fell to a 2-0 defeat against Luton, following first-half goals from James Bree and Elijah Adebayo.

Bree scored his first-ever senior goal with a side-foot volley at the back post, midway through the half, before Adebayo doubled the Hatters’ advantage from the penalty spot. City played with 10 men for more than 45 minutes, after Kyle McFadzean was adjudged to have used his arm in a goal-line clearance.

Mark Robins’ side more than played their part in an end-to-end first-half and attempted to rally after the break but failed to get on the scoresheet, despite their best efforts.

In a lively start at Kenilworth Road, it was the home side who looked to have earned themselves an early lead inside ten minutes. Kiernan Dewsbury-Hall’s free-kick caused a scramble in the box, with the ball twice striking the woodwork before the Sky Blues got the ball clear.

With an almost instant reply, Callum O’Hare fed the ball through to Max Biamou in a swift City counter-attack. Clear of the Luton defence, the striker looked to have kept his composure, slotting the ball past Simon Sluga and into the far corner, but his shot was cruelly denied by the post.

In an entertaining first 20 minutes for both sides, the Sky Blues first showcased their resolute defence to block shots from Ryan Tunnicliffe and Glen Rea, before again threatening the Hatters’ goal. Winning the ball back in midfield, Matty James found Biamou in a central position on the edge of the box, but the striker couldn’t quite direct his shot on target from a promising position.

Luton opened the scoring midway through the half through James Bree. Meeting Harry Cornick’s cross from the left first-time, the wingback hit a side-foot volley from the far side of the box, sending the ball underneath the diving Ben Wilson.

It was James and Biamou who combined once more as the Sky Blues hunted for an equaliser. Controlling the ball out of the air, Biamou played James through, with the midfielder bearing down on goal. Running out of room, James smartly cut the ball back for Biamou, whose shot was deflected and looped over the bar.

Despite a strong performance in the opening 40 minutes, the Sky Blues faced double despair shortly before the interval. Believing Kyle McFadzean had used his arm when attempting a goal-line clearance, the referee awarded a penalty and showed the centre-half a red card, before Elijah Adebayo fired the ball into the corner from 12 yards.

City started the second-half the brighter of the two team, attempting to ignite a comeback against the odds. Though Luton went close to a third when Sam McCallum flicked the ball off the crossbar from a corner, Mark Robins’ side set the tone for the second-half, vrwating numerous opportunities as the home side looked to hold their lead.

The Sky Blues continually threatened Sluga in the Luton goal, who parried away Biamou’s header in the box shortly after the restart and was relieved to see Gus Hamer’s volley go wide, following a City corner.

However, Nathan Jones’ team did enjoy moments of respite as the game neared the hour mark. Receiving the ball from Cornick, Ryan Tunnicliffe unleashed an almost-spectacular effort that sailed narrowly over Ben Wilson’s goal from 30 yards.

Once again, for all the Sky Blues’ pressure, it was Luton who went the closest to extending their lead. A diving headed clearance found Cornick in behind McCallum on the left. The forward cut the ball back with the goal seemingly wide open, but a spectacular block from Leo Ostigard prevented what looked to be an inevitable goal. In a positive spell for the home side, Ben Wilson was quickly called back into action and produced an impressive save to deny Jordan Clark’s volley at the back post. 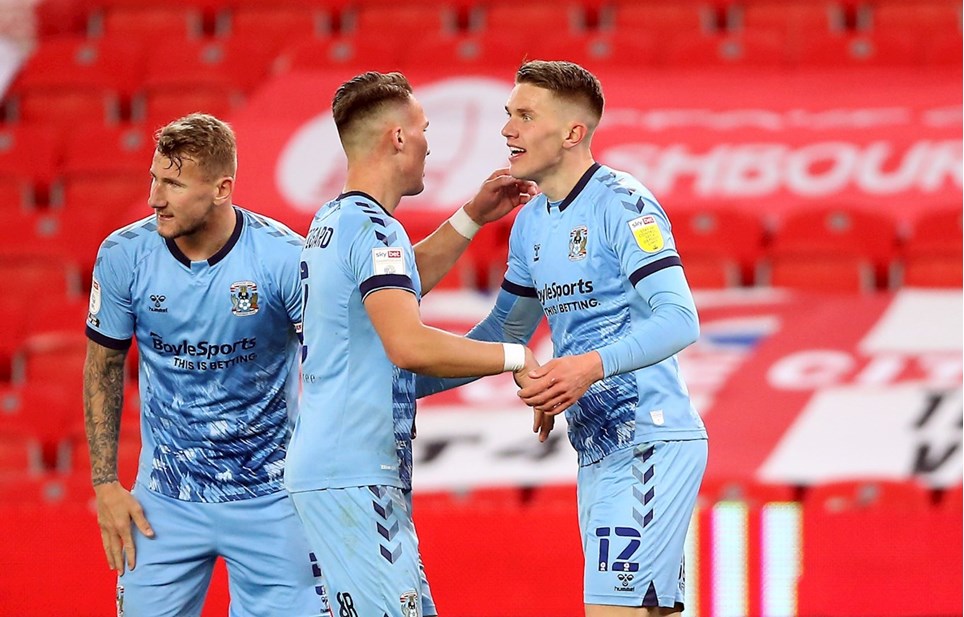 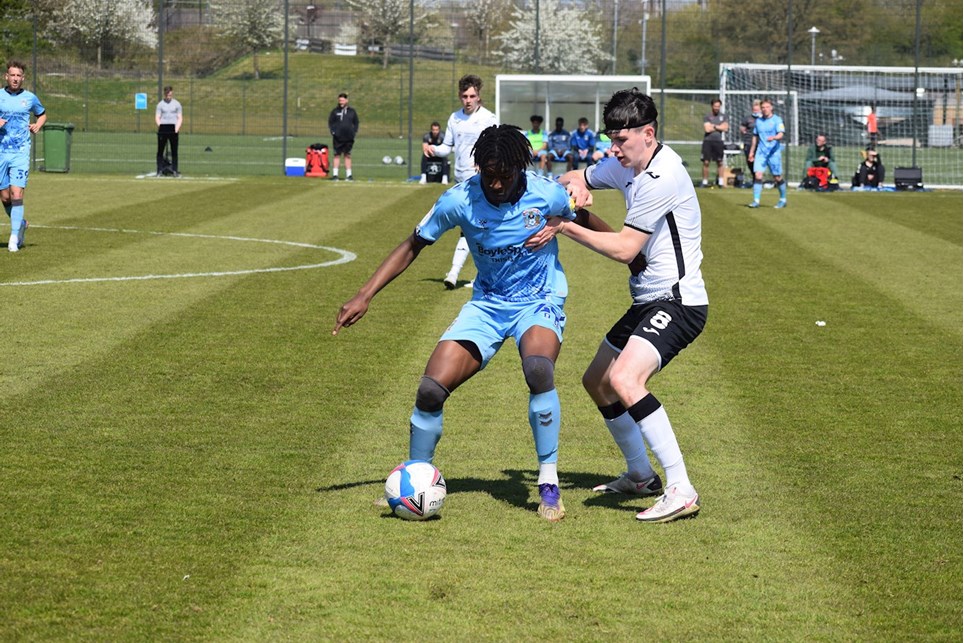 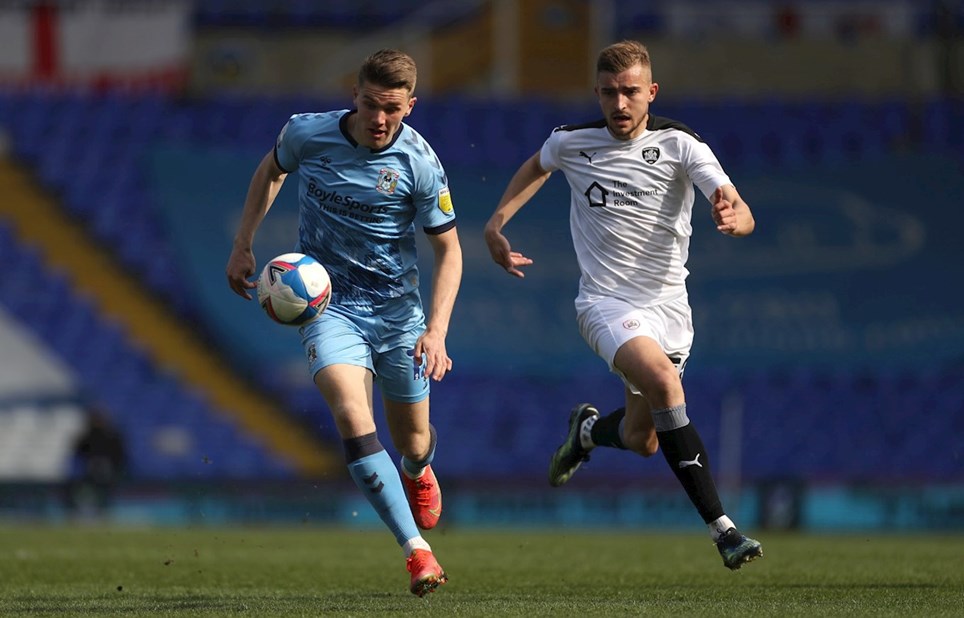 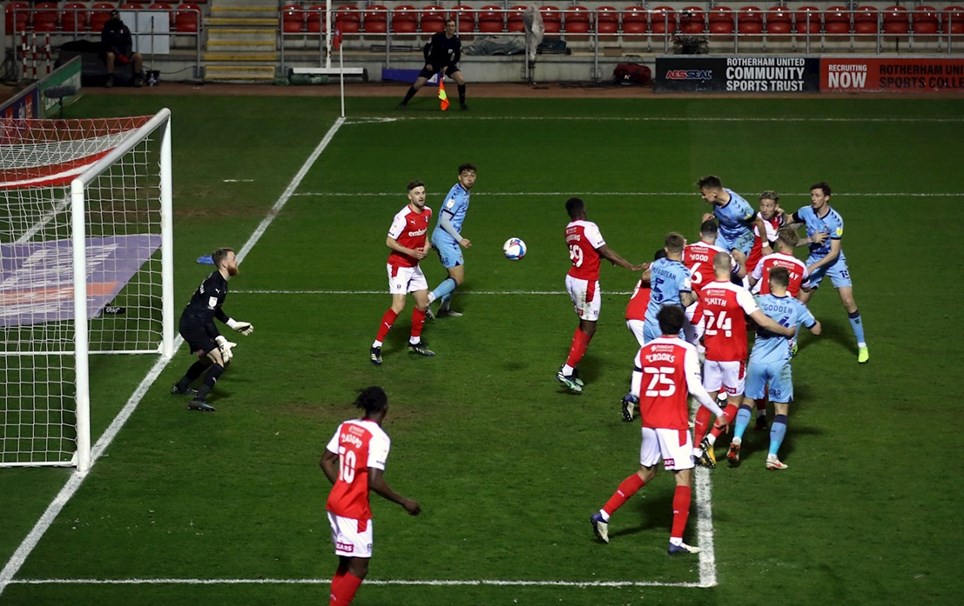