After each matchday programme this season, we publish the regular column from the Coventry City board on our website. You can read Coventry City Chief Executive Dave Boddy's column our game against Middlesbrough below:

I would also like to extend that welcome to the players, staff and officials who join us from Boro for this Sky Bet Championship game.

On a footballing note, for this first time all season we are getting close to having a fully fit squad of players. It never ceases to amaze me that the pundits keep banging on about the ‘big clubs’ in this division missing ‘big players’ for games we have played against them, when we have spent a large part of the season with five of our front-line players out injured.

Since my last programme notes in the Brentford programme ten days ago, the Prime Minister Boris Johnson announced his roadmap towards exiting lockdown on Monday 22nd February and the path to what will hopefully be a return to ‘normality’ for us all following the Coronavirus pandemic. As part of the pathway that he outlined, he has ruled out a return of supporters to football matches during the regular 20/21 EFL season, with the hope that potentially there could be fans at the Play-Off matches and beyond.

It is regrettable that Sky Blues fans will not be able to join us this season to play any part in person during our first season back in the Championship as we know how important fans in the stadium are to both supporters and players alike, and of course how vocal and passionate our fans are.

The Prime Minister went on to allude that life would return to normality in terms of restrictions on social distancing from 21st June at the earliest. Because there is still some uncertainty as to whether we will need to operate with restricted capacities next season, the Club is again planning initially to operate a Membership style scheme as we have done for this season.

We are in the midst of developing the scheme at present and we hope to be able to announce the details and on sale dates for the Membership in due course. We believe that although supporters have not been able to get back into stadiums this season, the Championship Club Membership package that we put together for the season has been extremely well received generally by Sky Blues fans and that the exclusive Membership shirt, which we wore last Saturday, has also proven extremely popular.

Part of the return to normal life for everyone and supporters hopefully returning to stadiums is the vaccines against Coronavirus. It is great news to see that the vaccine roll out by the NHS going so well, and that the uptake of vaccines by people on the whole has been very good. We as a Club would urge all those who are invited to have the vaccine to accept the offer as soon as possible, and we will be supporting campaigns that are urging the public to do so. I have been fortunate enough to be offered and to have received the vaccine already and have no qualms at all in supporting this campaign.

Thank you as always for your support – Play Up Sky Blues.

PUSB: 'From The Board' versus Norwich City

PUSB: 'From The Board' versus Wycombe Wanderers

PUSB: 'From The Board' versus Bristol City 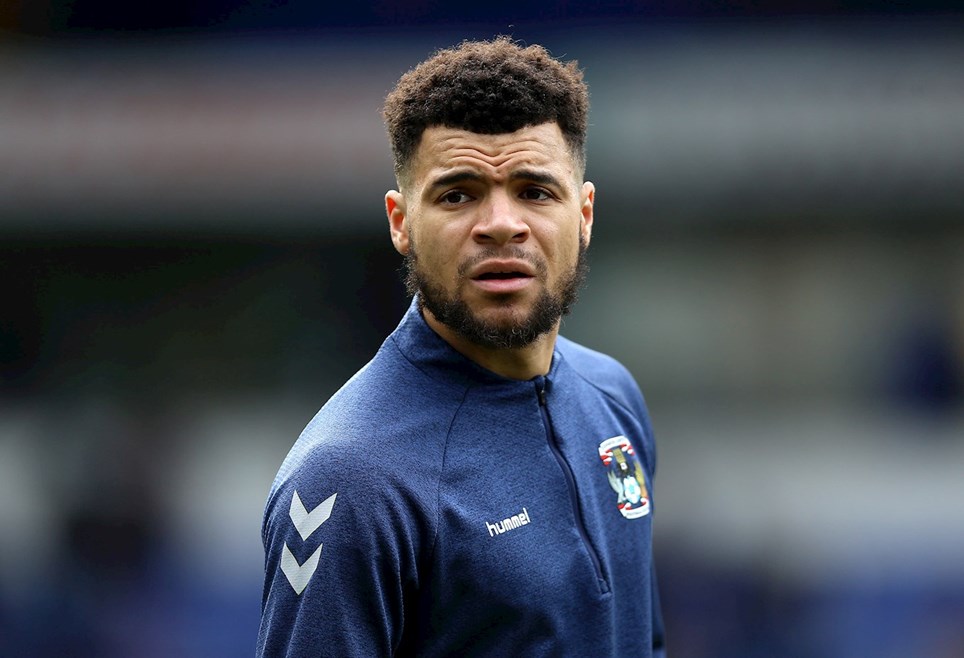 
Max Biamou and Gus Hamer return to the starting line-up as Mark Robins makes two changes for this afternoon’s clash with Barnsley. 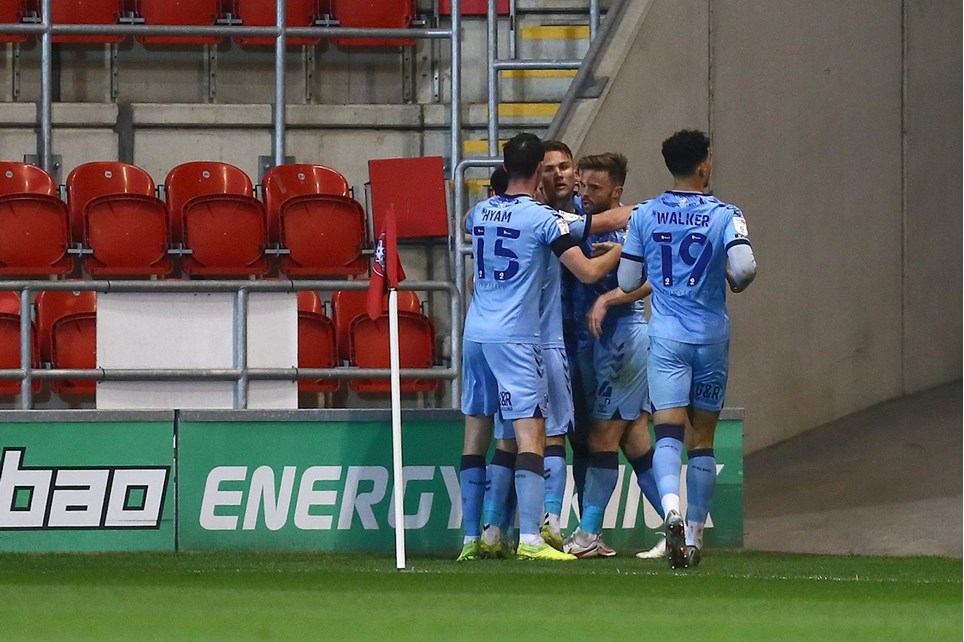 
Coventry City host Barnsley this afternoon and you can watch the action exclusively live on iFollow! 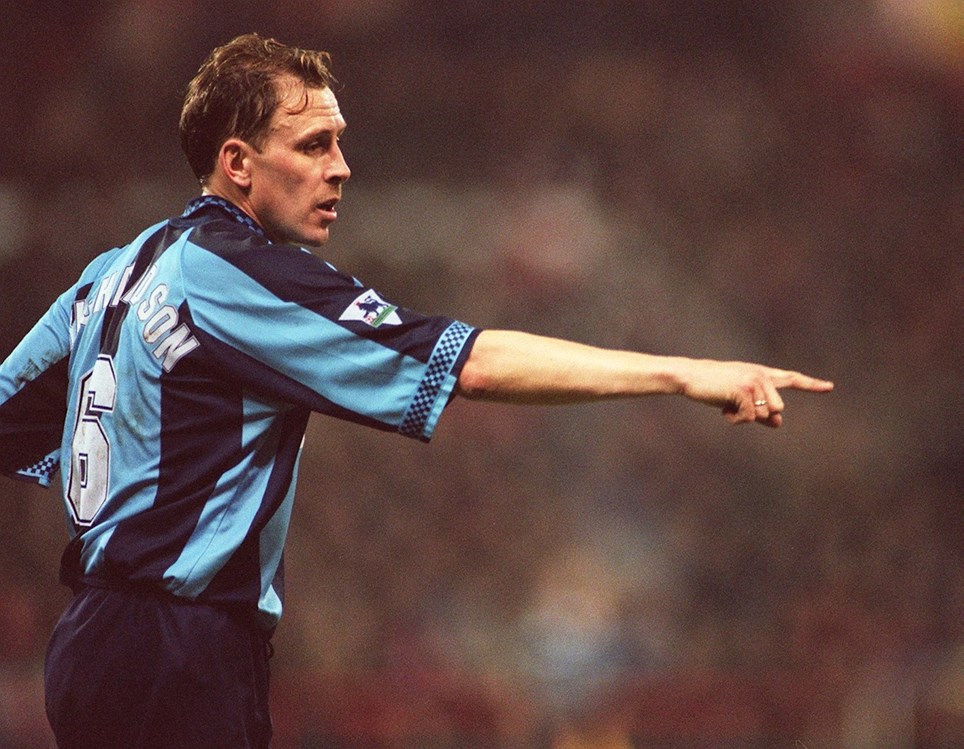 
Ahead of tomorrow's clash with Barnsley, we take a look back at some of those players to have represented the two sides. 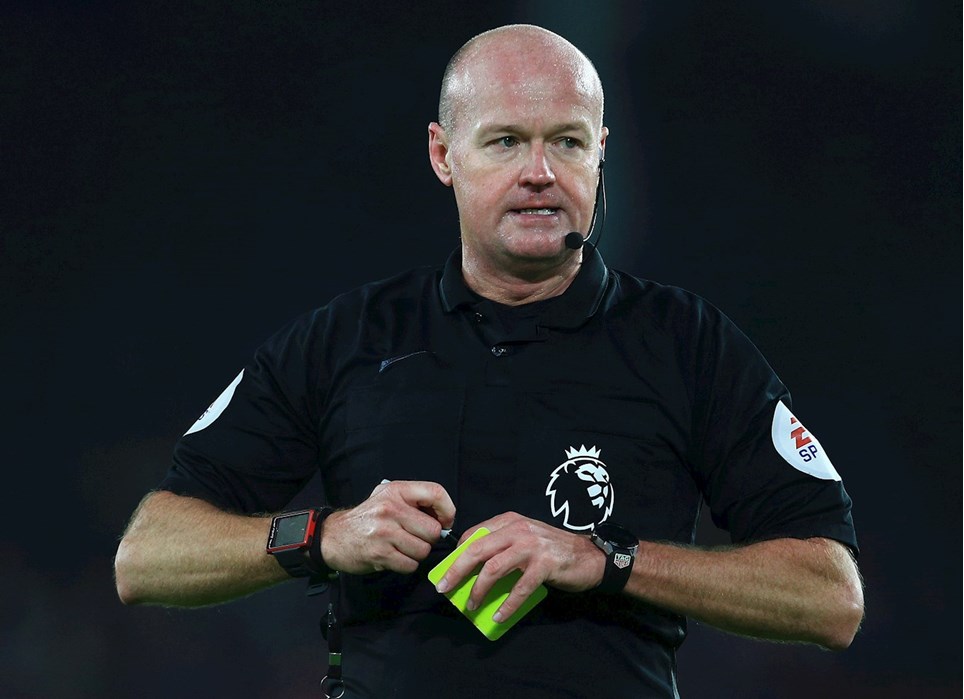 
The EFL have confirmed that Lee Mason will be the man in the middle of the Sky Blues clash with Barnsley this weekend.