The Sky Blues host Derby County at St Andrew’s on Saturday afternoon. Here’s everything you need to know about our opponents. 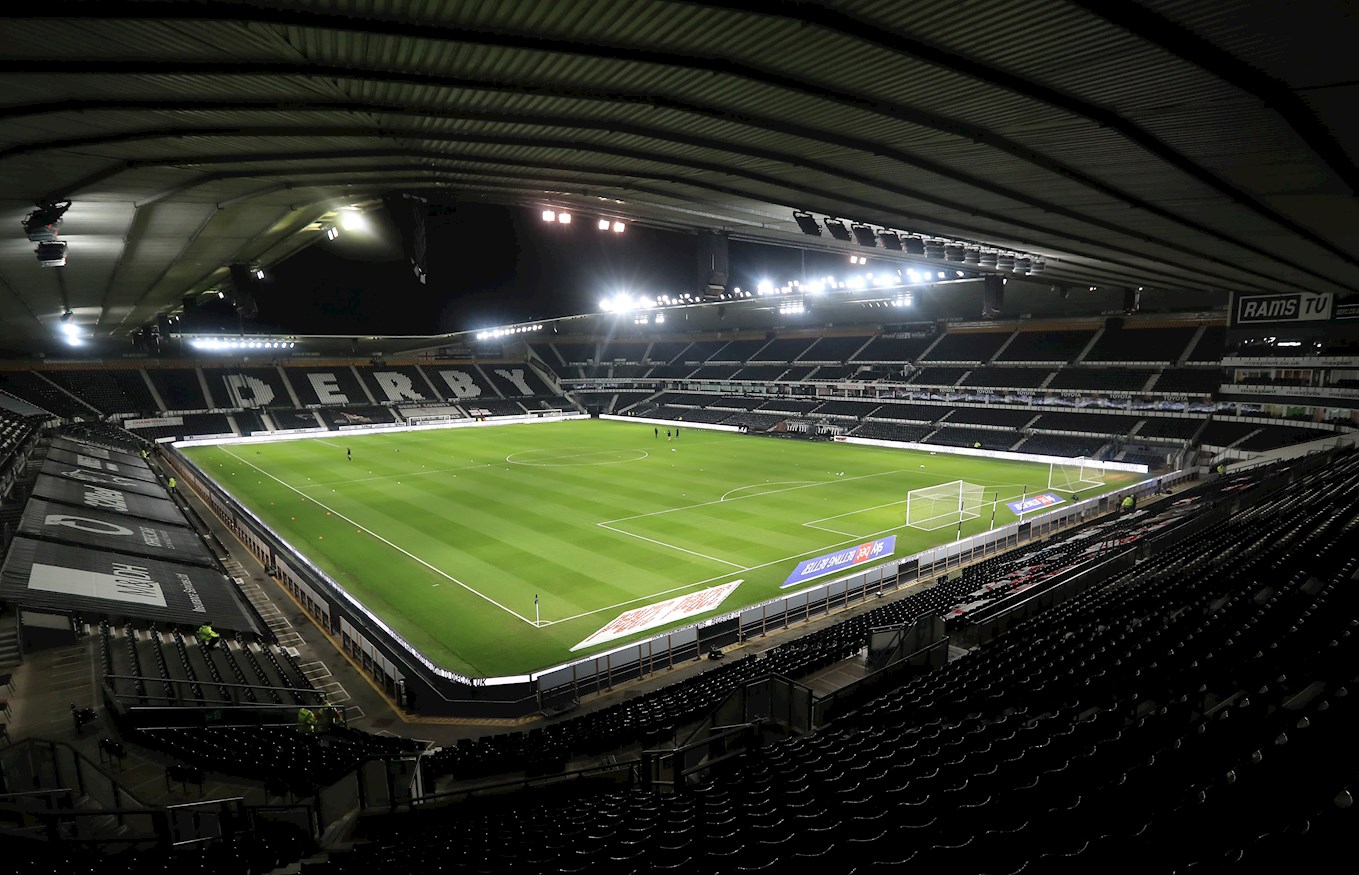 Derby are currently 18th in the Championship table, two places and three points above the Sky Blues, as they look to maintain their status in the second tier.

The Rams top scorer is Colin Kazim-Richards who has scored seven goals this season, one of which came against the Sky Blues earlier this season, whilst also providing two assists.

The Derbyshire club have won just one of their last four matches and were beaten heavily away at Cardiff City in midweek leaving them six points above the relegation zone. 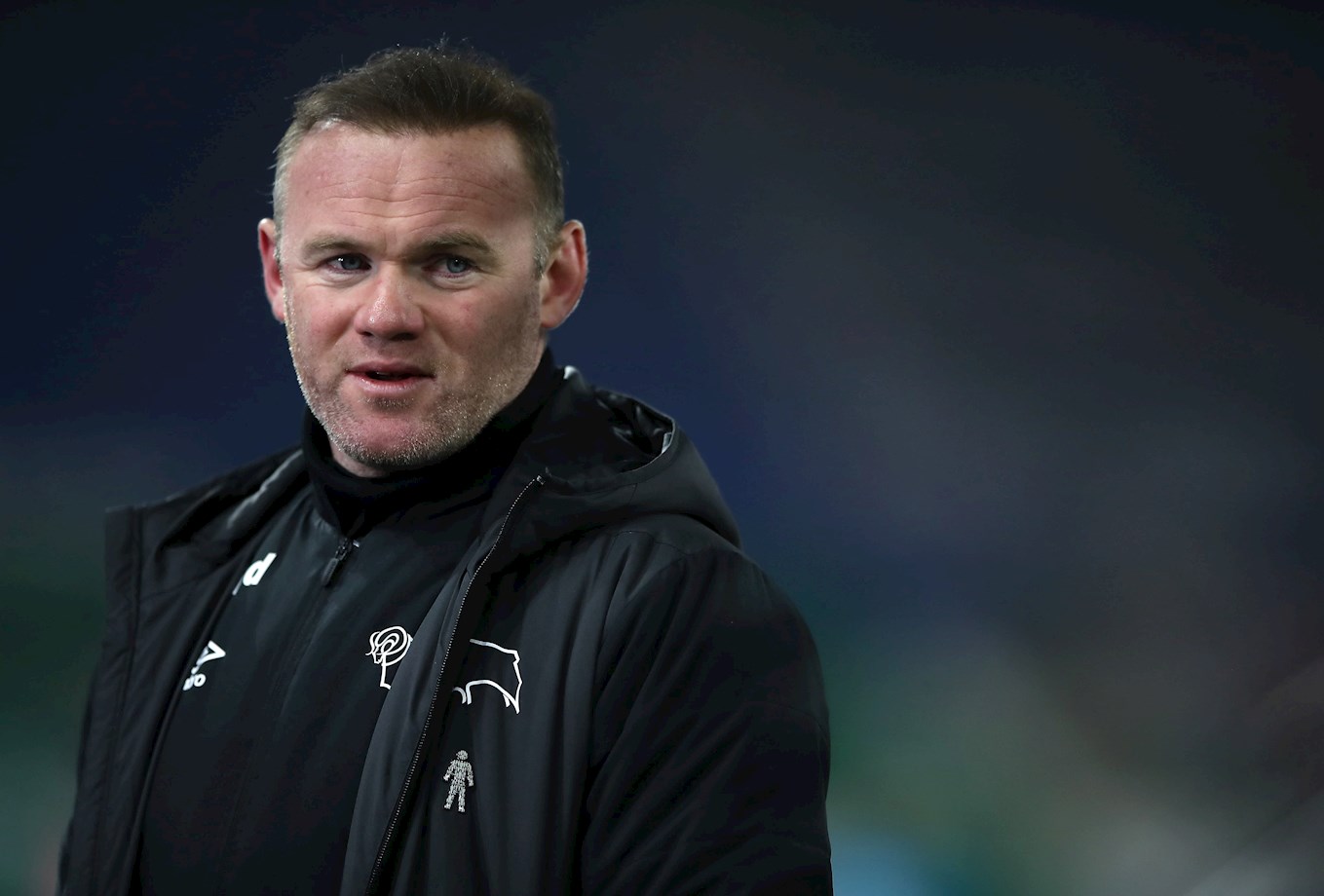 Wayne Rooney was named as Derby’s permanent manager in November last year, taking on his first role in management.

He also became the club’s record goalscorer with 253 goals, surpassing the likes of Bobby Charlton, Denis Law and George Best, and is England’s all-time top scorer with 53 goals in 120 international caps.

He sensationally returned to England with Derby in January 2020 and scored five goals in 20 appearances last term as the Rams finished six points off the play-off places. 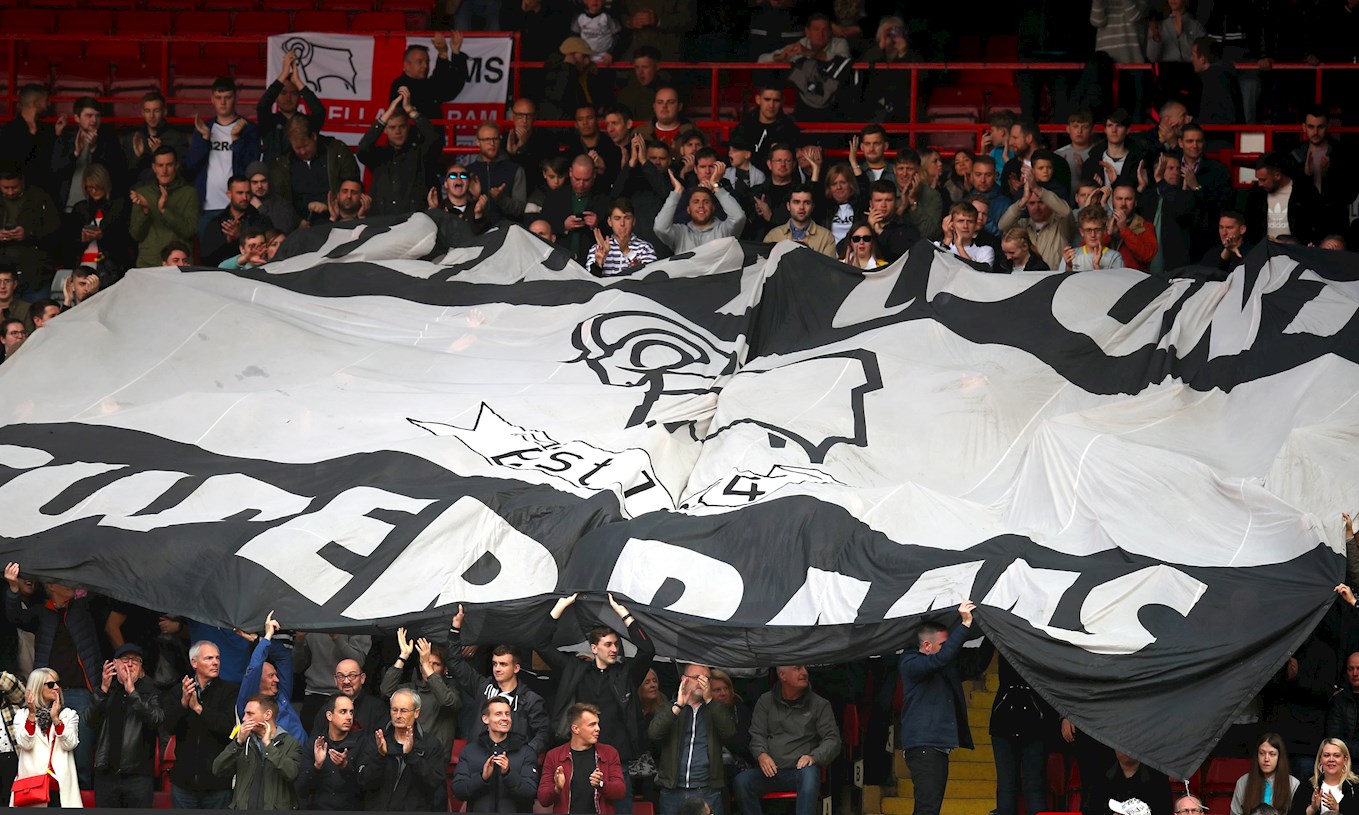 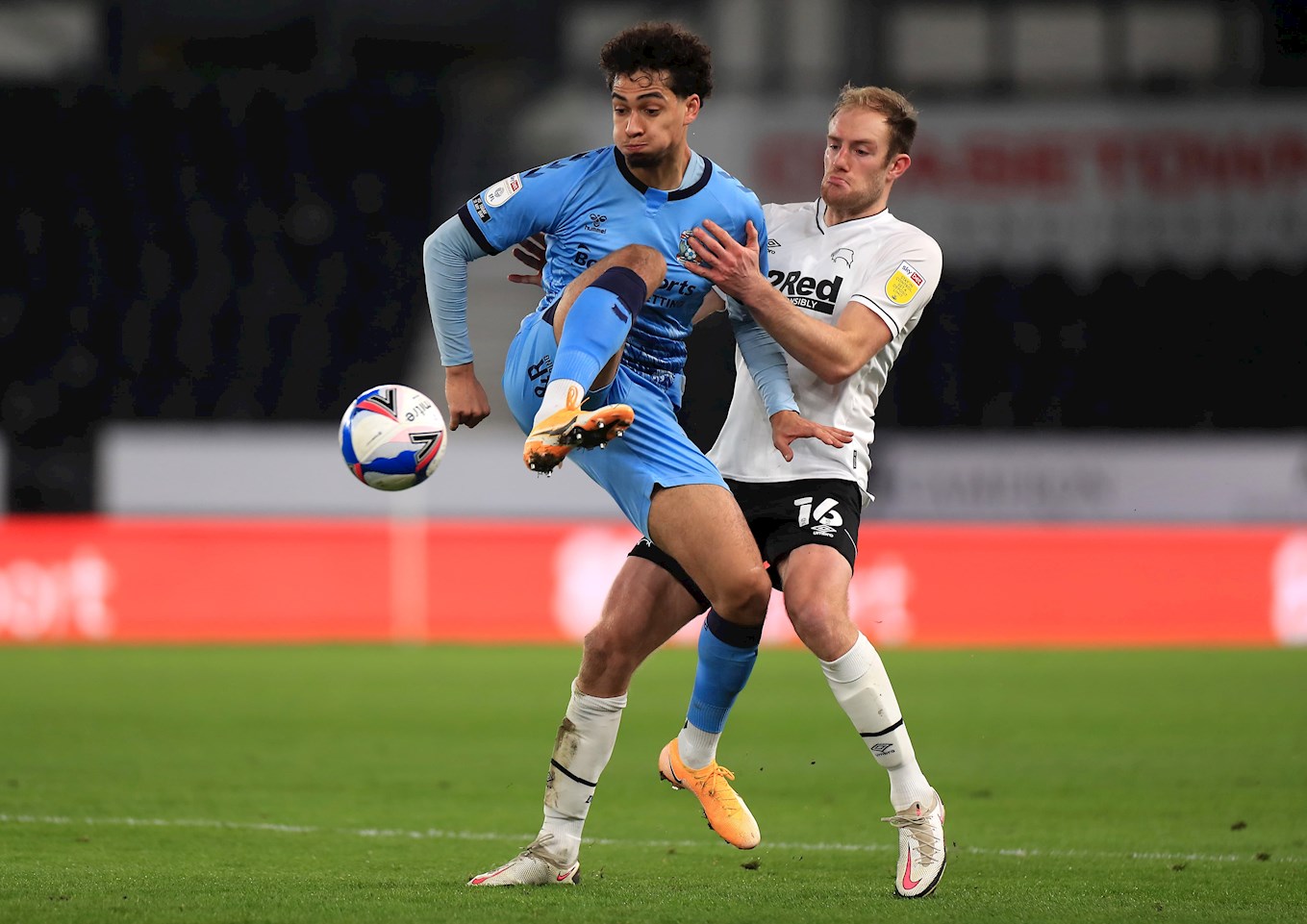 The two sides last met earlier this season when the Sky Blues scored a late equaliser to secure a 1-1 draw at Pride Park.

City almost took the lead when Callum O’Hare looked to capitalise on Matt Clarke’s short back pass and appeared to be caught as he touched the ball beyond Derby goalkeeper David Marshall only for referee Dean Whitestone to award a goal kick.

Sky Blues keeper Ben Wilson then made a fine save to deny Max Bird the opening goal before Tyler Walker’s header from Gus Hamer’s free-kick found the back of the net only to be ruled out for offside.

Derby took the lead on 83 minutes when Colin Kazim-Richards nodded home Nathan Byrne’s cross from the right into the bottom left corner from close range.

The hosts had a chance to double their lead minutes later when some good work from Kazim-Richards who set up Jack Stretton for a strike at goal with the youngster’s effort hitting the top of the crossbar.

City equalised in injury time when Derby failed to clear a cross from the right with the ball dropping down to Hamer on the edge of the penalty area who fired a superb volley past Marshall to secure a point for Mark Robins side. 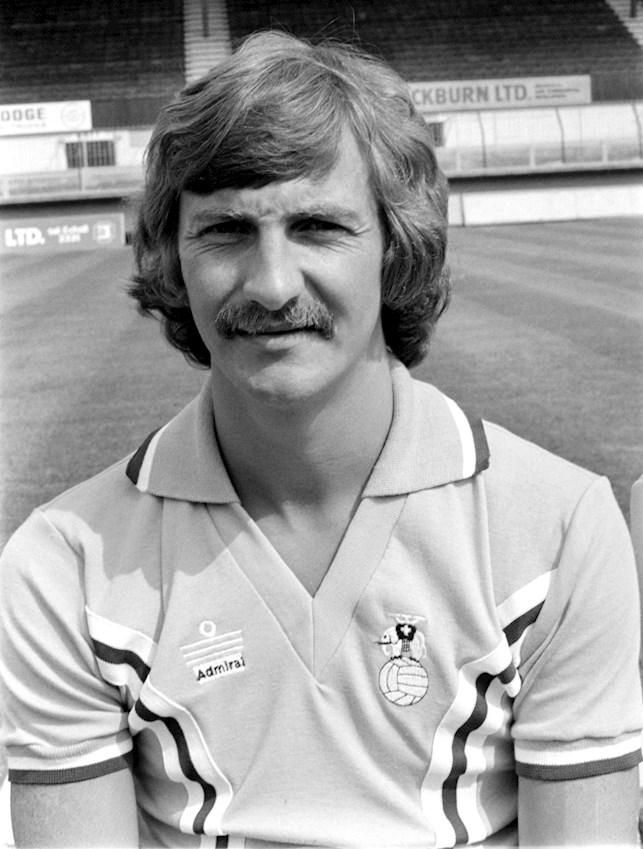 Midfielder Barry Powell made over 150 appearances for the Sky Blues in the 1970’s before then spending three seasons with the Rams.

Powell began his career with Wolves where he won the League Cup in 1974 and spent three seasons at Molineux before joining Portland Timbers in the United States.

After a brief spell in the US, Powell moved to the Sky Blues in September 1975 and formed a good partnership with Terry Yorath under the management of Gordon Milne.

He made 164 appearances for City over the next four seasons scoring 27 goals before making the switch to Derby in October 1979.

The midfielder made more than 80 appearances for the Rams, also taking in a loan spell back at Portland during his time with the club, before moving to Hong Kong based side Bulova.

Short stints with Burnley and Swansea City would follow, as well as a spell with South China, before returning to Wolves to finish his career. 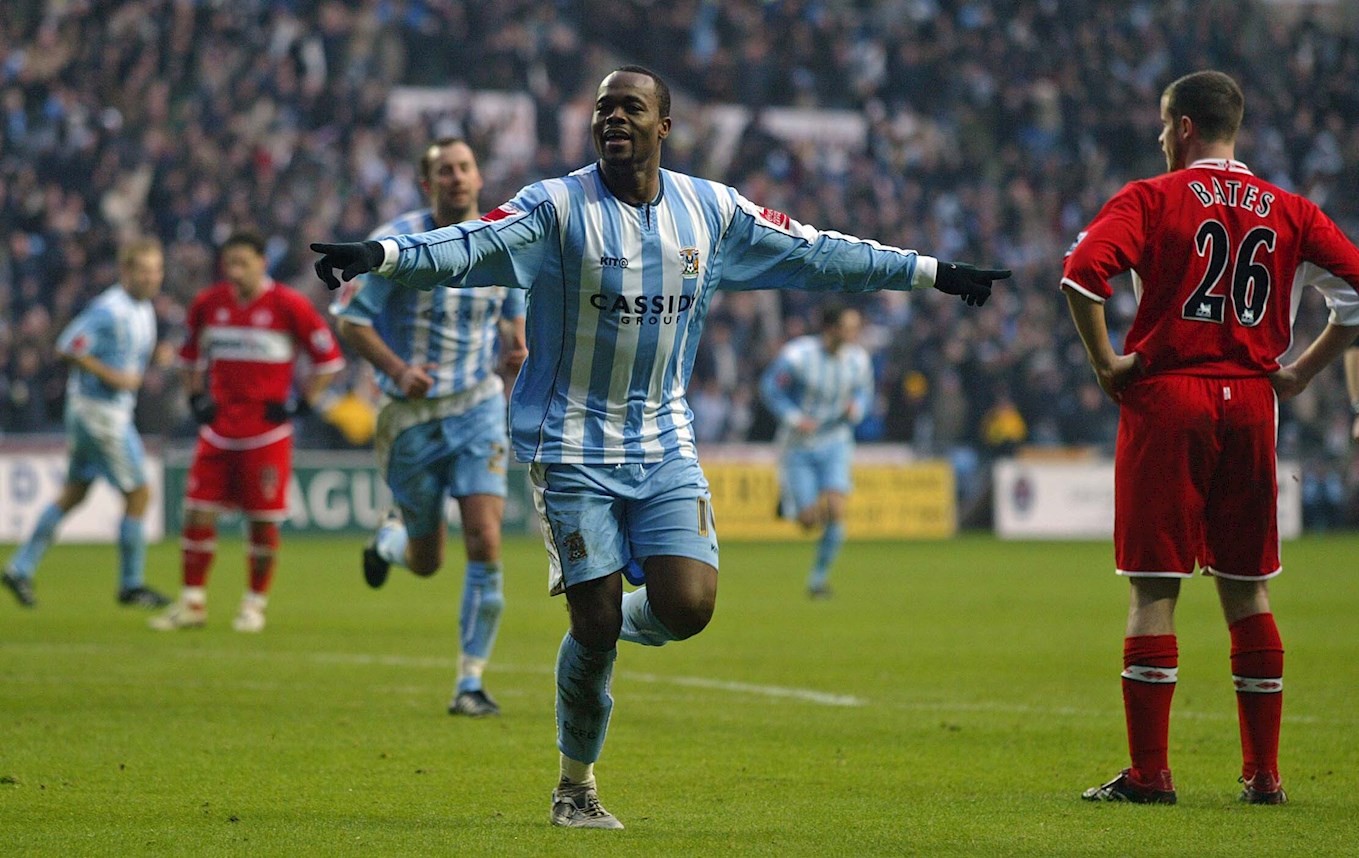 The former Trinidad and Tobago international enjoyed a fine three-season stint with the Sky Blues which also took in a loan spell with Derby.

John began his professional career in the United States with Columbus Crew where he scored 44 goals in just 55 appearances to earn a move to Nottingham Forest in 1999.

After three season at Forest he was sold to Birmingham City where, after helping the club earn promotion to the top-flight, he managed nine goals in the Premier League before once again being sold after three seasons in the West Midlands, joining the Sky Blues in September 2004.

The striker hit double figures in each of his first two seasons with City, the second of which saw him make seven appearances for the Rams during a loan spell, and departed the Sky Blues having scored 29 goals in 88 appearances.

He joined Sunderland in January 2007 and helped the club gain promotion to the Premier League before moving to Southampton later that same year, enjoying a prolific first season on the South Coast.

John, who earned 115 caps international caps for his country and scored 70 goals, was loaned to Bristol City for the majority of the 2008/09 campaign before making a permanent switch to Crystal Palace where he was loaned out again this time to Ipswich Town. 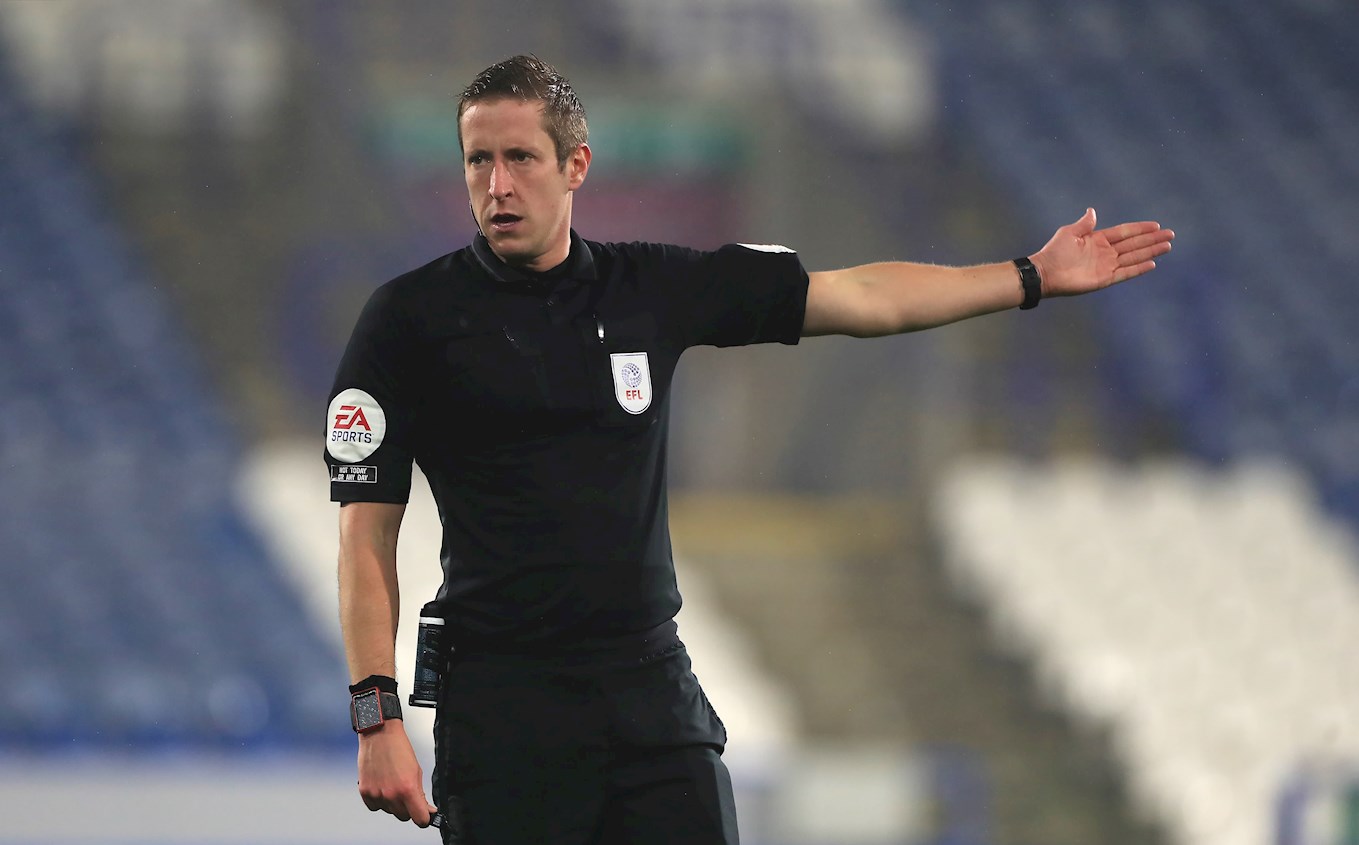 John Brooks will be the man in the middle on Saturday afternoon, taking charge of his 24th game of the 2020/21 season.

He last refereed the Sky Blues back in December last year when City were beaten 1-0 by Sheffield Wednesday at Hillsborough.

This will be Brooks’ fifth season as a Football League referee and he has officiated the Sky Blues on five previous occasions, with City winning zero, drawing one and losing four of those matches.

So far, Brooks has awarded 75 yellow cards and three red cards across 23 matches in the Championship, Emirates FA Cup and Carabao Cup.

He will be assisted by Nick Greenhalgh and Akil Howson with Karl Evans acting as fourth official.