The shirts of defender Josh Pask and striker Viktor Gyokeres are now up for auction on our ebay store.

Both Pask and Gyokeres appeared from the bench as the Sky Blues beat Brentford 2-0 while wearing these shirts, each of which included the names of every City fan who was a Championship Club Member last season. 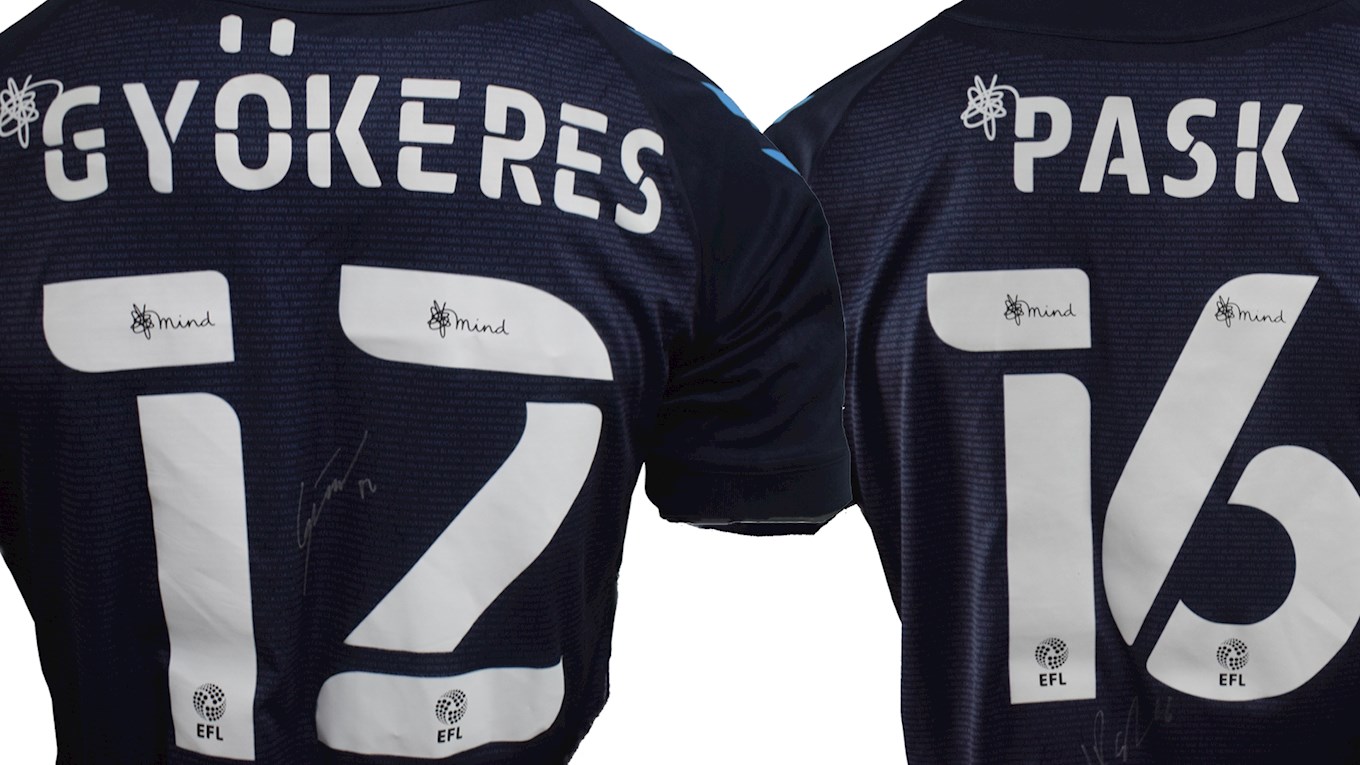 With only a limited amount of CCM shirts created, this unique opportunity allows supporters to get their hands on an amazing piece of Sky Blues memorabilia, which is signed front and back by Pask and Gyokeres respectively.

The shirts will be live on the club’s official eBay account for the next ten days, with bidding starting at £1 and the highest bidder walking away with their shirt.

You can head over to make your bids by following the links below: