New signage has been installed at the Wall of Fame at the Ricoh Arena!

As the Sky Blues get set for their return to Coventry at the start of the 2021/22 season, the Wall of Fame sections which are named after legends of Coventry City's past have had new signage installed.

Each wall contains the bricks purchased by Sky Blues fans when the stadium opened in 2005.

Rather than just the names of the legends that were shown before, photos and key statistics of each player/manager are now proudly displayed.

The blue surround and each of the Walls will also be cleaned too.

You can see some photos of the work in our gallery above. 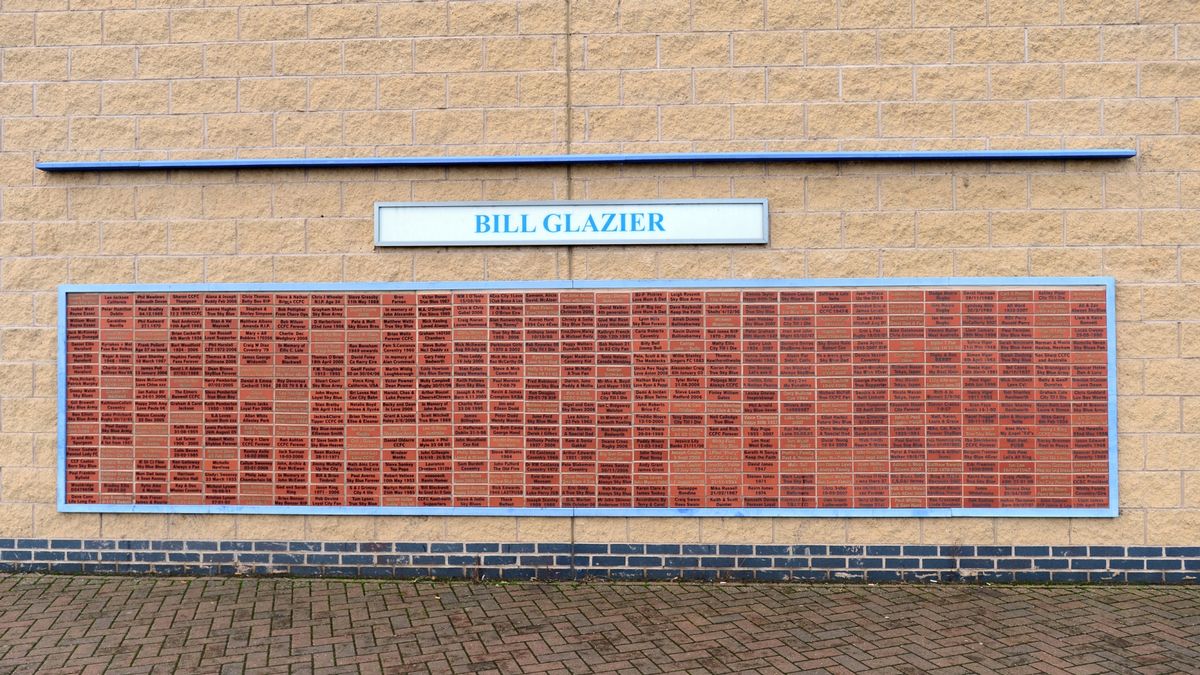 How the wall signage used to look...

The legends displayed on the East Stand side of the stadium, soon to be known as the Coventry Building Society Arena, are as they were previously:

"It's great to see the new signage replacing the old signage around the Wall of Fame, which had been in place for some time and was looking tired.

"The signage is resplendent in Sky Blue and more reflective of the contribution each of these club legends have made to Coventry City.

"There will be further work going on around the stadium in the next few months, and we will bring fans photos as the work progresses."