Supporters have the opportunity to bid on a signed Jonson Clarke-Harris match-worn FA Cup Shirt.

The club have had the shirt in storage and we are now giving supporters the chance to bid for the signed match-worn jersey in another online auction.

The striker wore the shirt during City's FA Cup First Round clash with Walsall back in November 2018, scoring in the game at the Banks's Stadium. 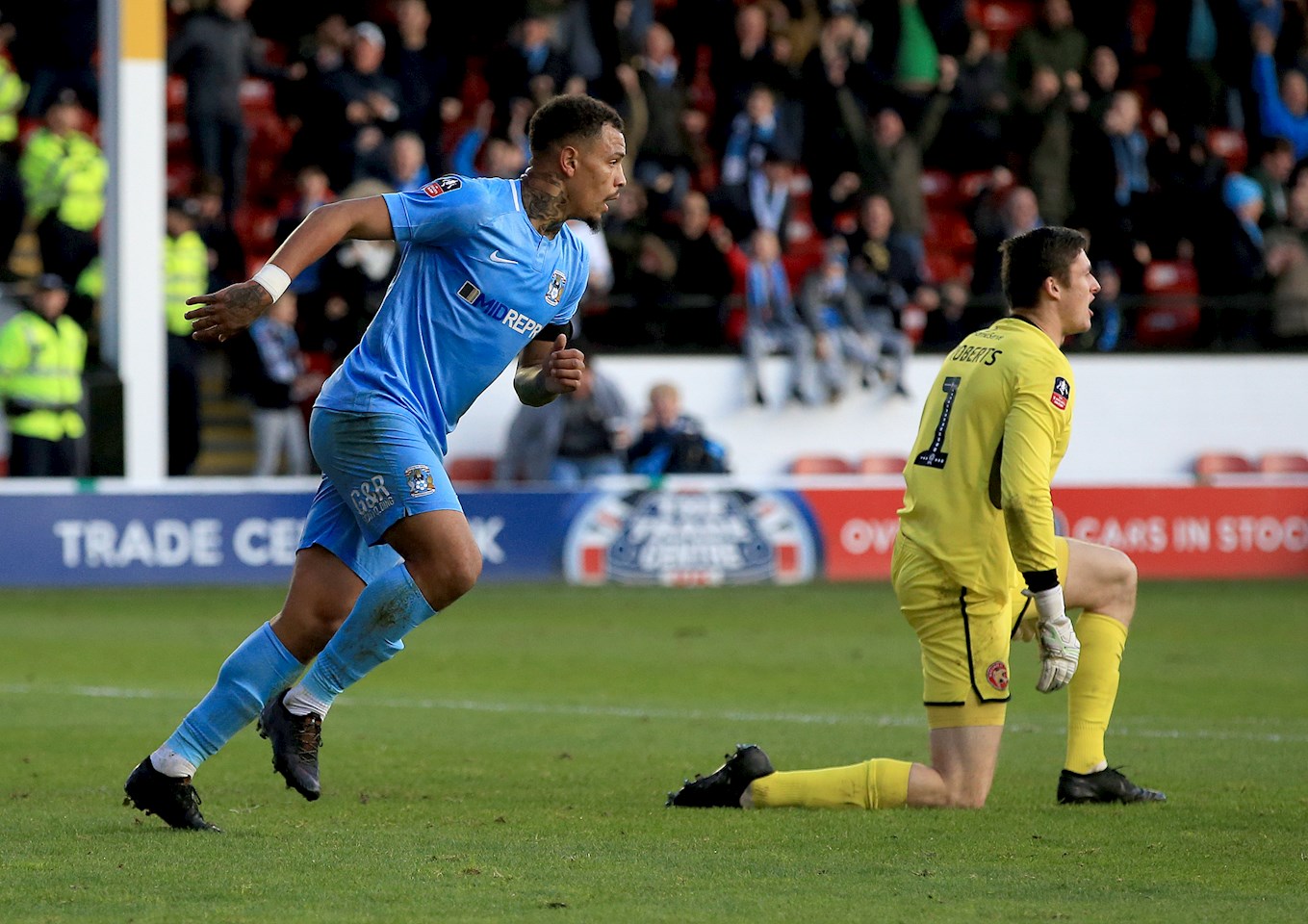 Jonson made his debut for the Sky Blues when he was 16 during the 2010/11 campaign, becoming the youngest ever player to play for Coventry City.

The striker departed City, before returning in January of 2018, adding another 50 appearances to his singular appearance in 2011, scoring ten goals.

The auction for the 26-year-old's signed match-worn shirt began yesterday evening and will come to an end on Sunday 27th June at 8pm.

You can bid for Jonson's shirt here.