The Sky Blues got another hour under their belt as they faced MK Dons in the first of two one-hour friendlies at St George’s Park.

It took less than a minute for the Sky Blues to open the scoring and it was Ricardo Dinanga who raced through on goal and slotted the ball past the ‘keeper.

Simon Moore was called into action a few moments later as he had to be alert to tip Charlie Brown’s header over the bar from a corner.

A set-piece from the Dons Scott Twine went inches over the bar, similar to Dinanga effort which came out to him after a corner was cleared for City.

It was the Dons who had the first chance of the second 30 minutes and it was Jay Bird who struck an effort low towards the far post, but Moore pushed it away.

However, he could do nothing to prevent Bird heading home an equalizer from a ball whipped in from the left-hand-side, as he made it 1-1.

Russell Martin’s side took the lead heading into the last ten minutes and it was Twine from the penalty spot who beat Moore and made it 2-1.

It was MK who started the game on the front-foot and it was a fantastic save by Ben Wilson to keep the scores level as he made a save from a yard out to deny the striker.

However, a few minutes later Jay Bird put the Dons in front, as he fired the ball past Wilson from close range.

City almost found an equalizer and it was superb work by Declan Drysdale who stepped inside and played a magnificent ball over the top for Viktor Gyokeres, but his shot went inches past the post.

Max Watters put the Dons two-up as he latched onto a ball brought down in the box and beat Wilson from a few yards out.

Gyokeres went close to pulling a goal back, as his free-kick from range whistled over the bar.

Dons scored a third just before the break and it came through Matt O’Reilly, who ran at the City defence and found the bottom corner from the edge of the area.

The Dons grabbed a fourth ten minutes into the second half and it was O’Reilly who scored a second of the game from the penalty spot.

It was five with 15 minutes to go and it was a spectacular strike from Harry Darling to beat Wilson from distance.

Gyokeres came close to finding the back of the net, as he was on the end of an O’Hare ball into the box, but his header was well saved.

O’Hare was next to try his luck from the edge of the area, but his shot took a deflection on it’s way through and the ‘keeper was able to gather.

Again, Viktor was causing the Dons defence problems and this time he raced through on goal and took it past the ‘keeper, but the angle was tight, and his shot went narrowly over the bar.

City ended the game on top and some good work from Jodi Jones down the right saw him create space to get a shot away, albeit from a tight angle once more, but his shot was saved. 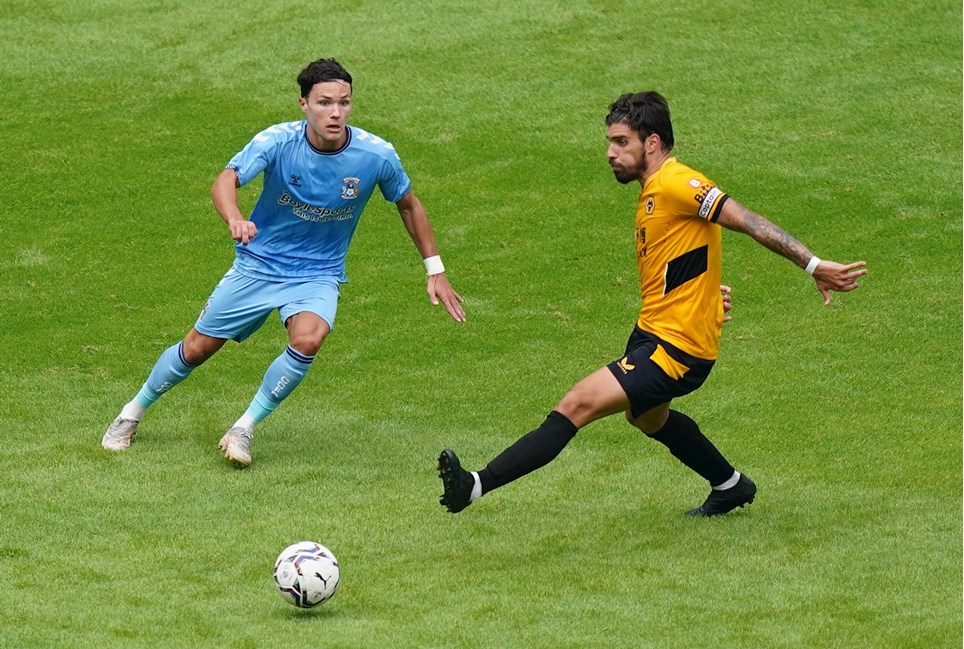 
The Sky Blues took another big step in preparations for the season opener, as they wrapped up their pre-season campaign against Wolverhampton Wanderers at the Coventry Building Society Arena on Sunday... 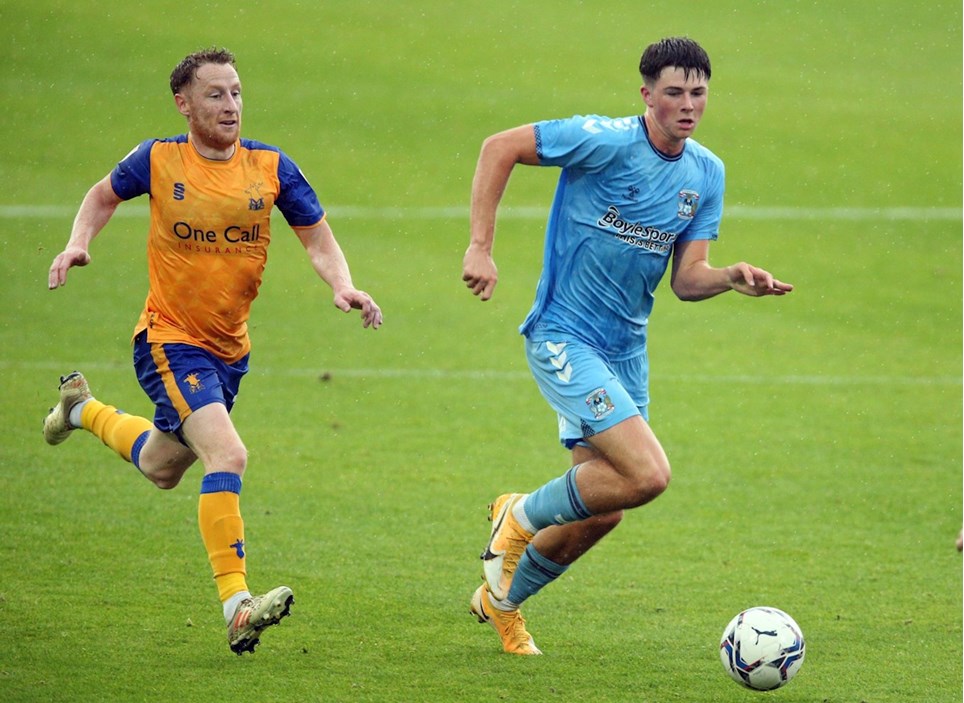 
The Sky Blues took another big step in preparations for the season opener with Nottingham Forest against Mansfield Town. 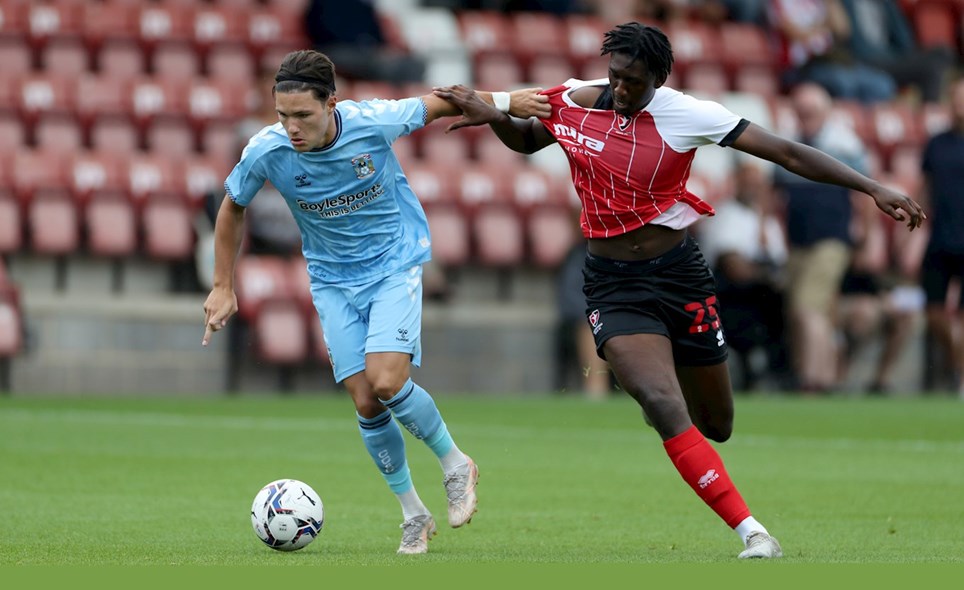 
The Sky Blues got another 90 minutes in the tank this afternoon at the Jonny-Rocks Stadium against Cheltenham Town.


Coventry City were defeated 4-0 by La Liga giants Sevilla in their opening pre-season fixture this evening.