Coventry City are delighted to unveil the new Sky Blues home kit for the 2021/22 season!

The Sky Blues’ new Hummel kit is available to pre-order, with dispatch of deliveries now expected to begin on 23rd July and kit expected to be with fans by 30th July at the latest* – visit ccfcstore.com to pre-order yours now!

The kit will go on general sale on Friday 30th July in the new Club Shop at the Coventry Building Society Arena.

The home shirt is completely bespoke to Coventry City, after the Club has worked closely with Hummel on the kit again to create a design which we hope will again be hugely popular with Sky Blues supporters. 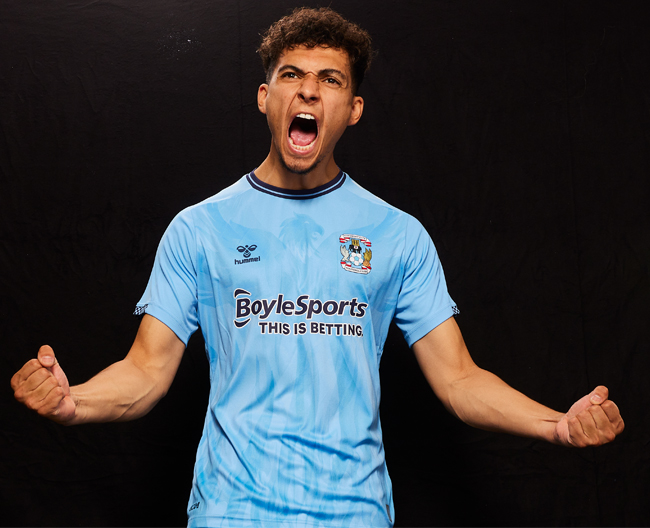 The shirt shows the Phoenix prominently on the chest, rising from flames at the bottom of the shirt. The Phoenix is a famous symbol of Coventry, representing New Coventry reborn out of the ashes of the old, and added to the City’s Coat of Arms in 1959.

The shirt also features a classic round collar, harking back to the style used in the 1960s. 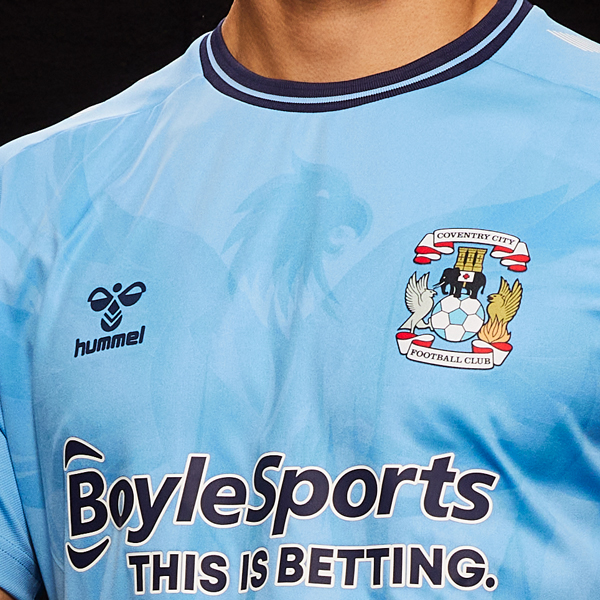 Again, the famous Hummel chevrons feature prominently on the sleeves while distinctive touches include CCFC slogans and branding: 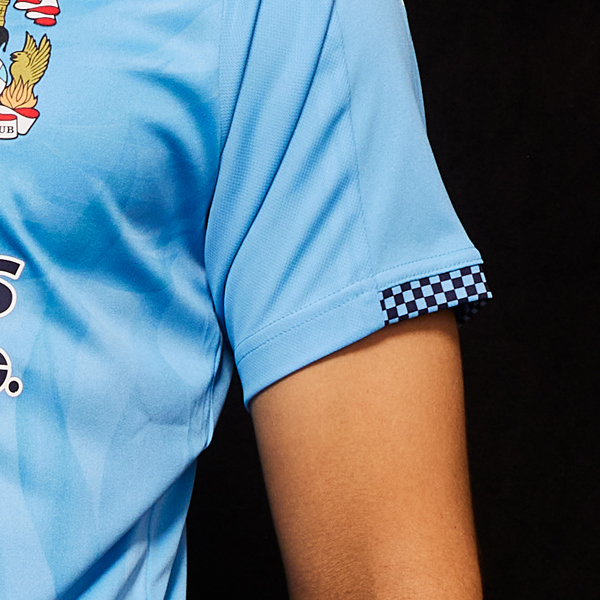 Coventry City’s sponsor BoyleSports is on the front of the shirt too and is in keeping with the overall design of the kit. The BoyleSports logo will be on all retail shirts, except for Junior and Infant sizes.

Meanwhile ‘PUSB’ is included on the cord of the shorts, while on the shorts themselves the Sky Blue and Navy Blue Two Tone pattern is also featured. 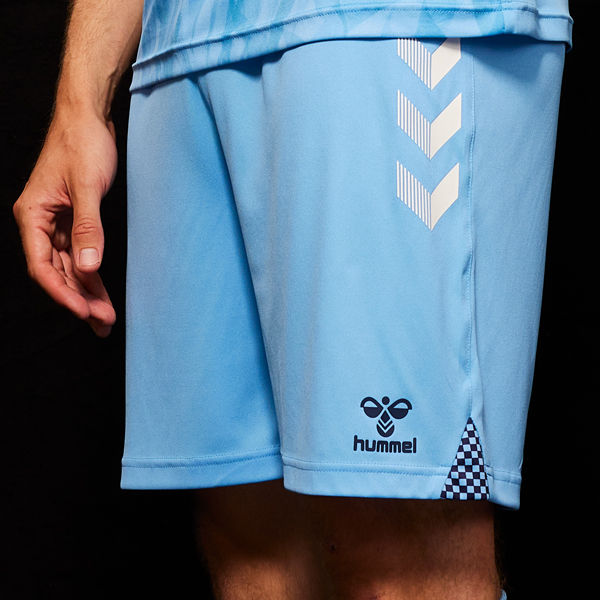 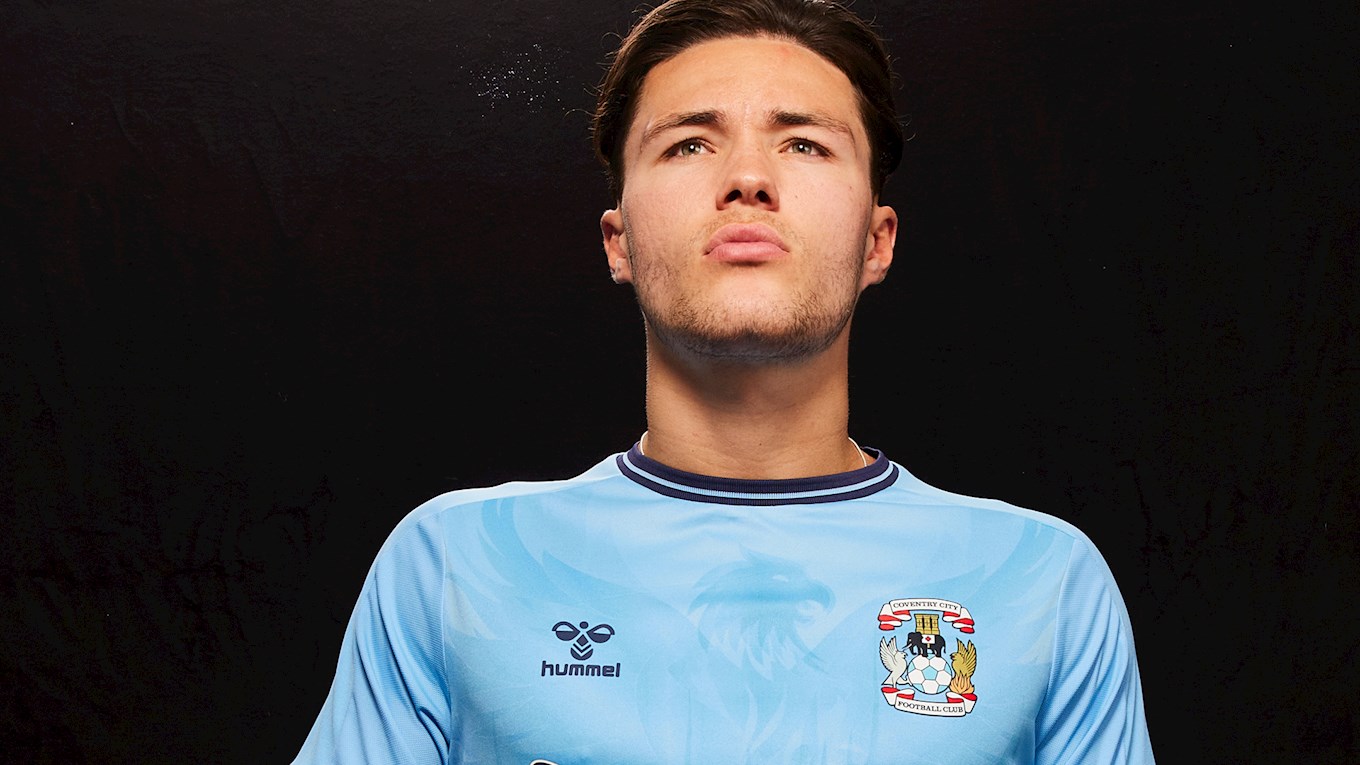 “This is a superb design once again, as it is testament to the team at Hummel and the work put in behind the scenes at the Club too. This is a fresh and exciting style that will hopefully prove popular and memorable for fans this season and for years to come.

“It prominently features the Phoenix, a famous symbol of Coventry, as we return to the City. Of course, as football and the wider world looks to recover from the effects of the pandemic, the Phoenix rising from the flames is entirely appropriate.

“The kit has again sold extremely well on pre-order already. We’re sure that will continue now that fans have seen how excellent the kit is.

“There will be details regarding our away kit in the coming weeks.”

The home kit will be worn for the first time as the Sky Blues Under 23s face Leamington FC on Saturday afternoon. 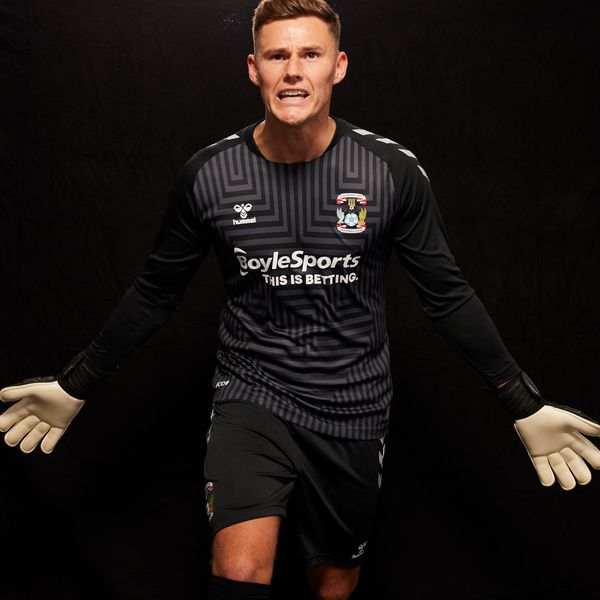 PRE-ORDER YOUR KIT NOW AT CCFCSTORE.COM

* This has been moved forward from the date previously published on Thursday, and is subject to orders being placed prior to 23rd July.