Coventry City have faced Birmingham City on 58 occasions, the first meeting being back in September 1919.

Coventry City have been winners on 17 occasions, with 17 draws and 24 defeats.

The next match between the two sides is this Saturday afternoon as the Sky Blues visit St Andrew's as the away team in the Sky Bet Championship, so we look back on three of the classic games between the teams…

Sir Alf Ramsey was in charge of Birmingham when they came to Highfield Road in the spring of 1978 but the Blues were struggling and were well beaten, with the Sky Blues moving up to 7th after this emphatic win.

Mick Ferguson’s hat-trick took the headlines but Terry Yorath had a hand in three of the goals. Coventry took the lead after only 29 seconds - Yorath’s ball inside the full back released Alan Green whose low cross was clinically despatched at the near post by Ferguson. The lead doubled ten minutes before half-time, Tommy Hutchison’s shot ricocheting to the feet of Ferguson to slot the ball into an open net.

The Sky Blues went further ahead before the break after more great work from Yorath. His alertness enabled him to win the ball in midfield and once in possession Terry drove forward and fed the ball into the path of John Beck to score with an angled drive. Beck went on to add an assist to his goal when his right-wing cross was headed home by Ferguson, who duly completed his third hat-trick of the season.

This remains the highest scoring game between the two teams, as the Sky Blues drew 4-4 with The Blues at Highfield Road just under 35 years ago.

It was thriller of a match on a Sunday lunchtime, with chances and misses galore. The visitors were two goals in front after only 20 minutes under new manager John Bond and well on top. Dave Bennett got City onto the scoresheet after 51 minutes, then former Sky Blue Harry Roberts fouled Bennett to give Brian Kilcline the chance to bring the score level on 58 minutes.

Just a minute later, Martin Kuhl put the visitors in front again only for Bennett to make it 3-3. With 9 minutes remaining Andy Kennedy made it 4-3 to Birmingham City.

However with only 2 minutes of normal time to be played, the future Coventry City chairman Ray Ranson brought down Nick Pickering inside the 18 yard box. Kilcline stepped up again to score his second penalty of the encounter and make it 4-4, giving Don Mackay’s side a share of the points. 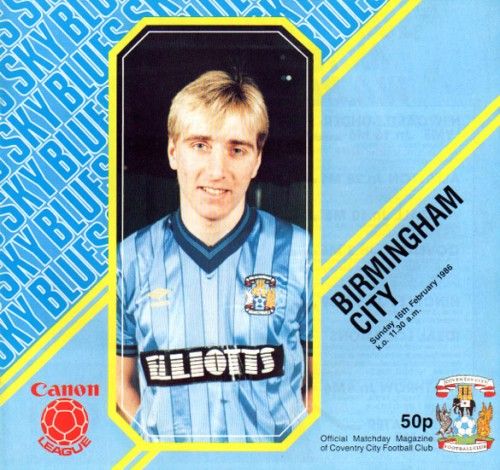 Carl Baker's extra-time goal proved to be the winner for Coventry City, as the Sky Blues knocked Birmingham out of the League Cup at the second-round stage.

The visitors had taken the lead when Peter Lovenkrands headed a Darren Ambrose free-kick past Joe Murphy after only 4 minutes.

A Cody McDonald strike on 20 minutes and Kevin Kilbane's rifled shot after 27 put the Sky Blues ahead before Jonathan Spector drove in an equaliser just before half-time to make it 2-2.

With no goals in the second half, extra time was needed to decide the fate of the tie. Blues failed to clear a cross in the 97th minute and Carl Baker swivelled on the ball and hit the winner to prompt wild celebrations and send the Sky Blues through to face Arsenal in the next round. 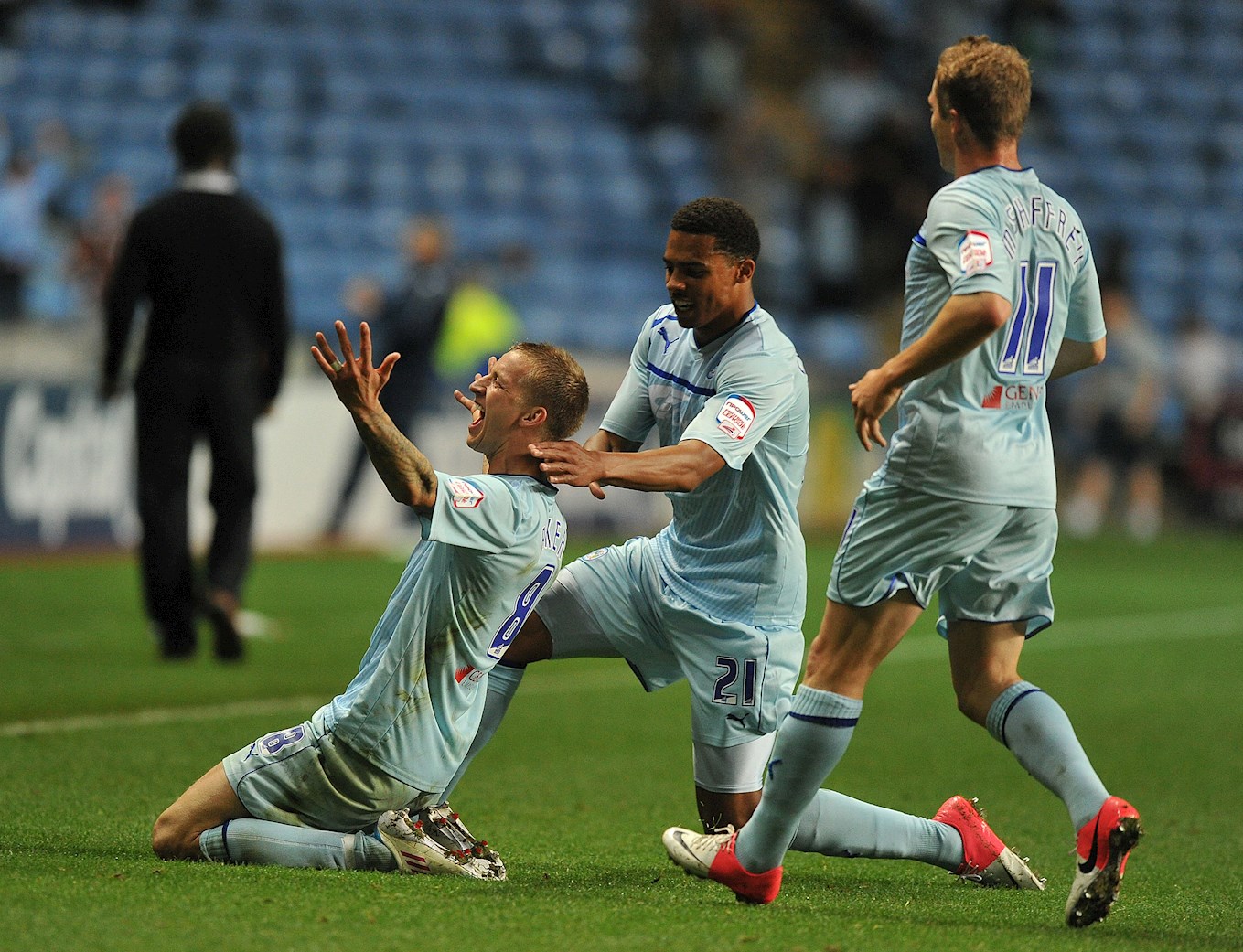