Coventry City face Sheffield Wednesday on Wednesday night in the latest encounter between the two clubs.

In 83 matches, Coventry City have come out on top on 31 occasions compared to Wednesday winning 29 games.

23 of the previous matches have finished as draws, with the first match being an FA Cup clash back in 1911 where City were 2-1 winners at Hillsborough. 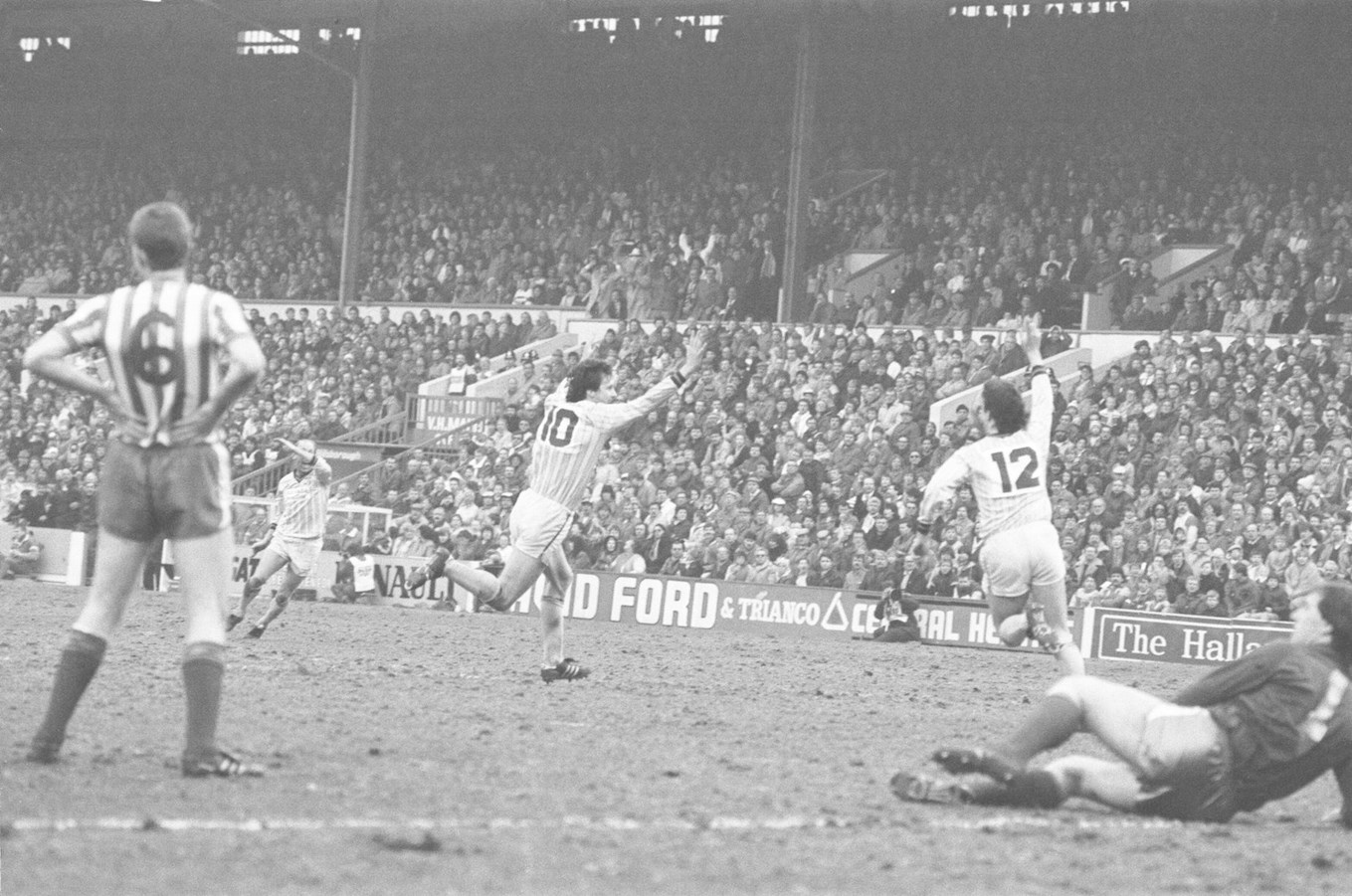 Coventry City advanced to their first FA Cup Semi-Final with this 3-1 win over Wednesday at Hillsborough.

Cyrille Regis opened the scoring with a brilliant goal. Released after a one-two with Dave Bennett, Regis drove towards the Wednesday defence and hit a low effort into the net from the edge of the box, with 16 minutes played.

City had to soak up huge pressure from the hosts, and Gary Megson eventually equalised after 66 minutes. However, Keith Houchen scored in the 78th and 83rd minute to secure City's place in the next round and sent the 15,000 travelling Sky Blue Army into delight. 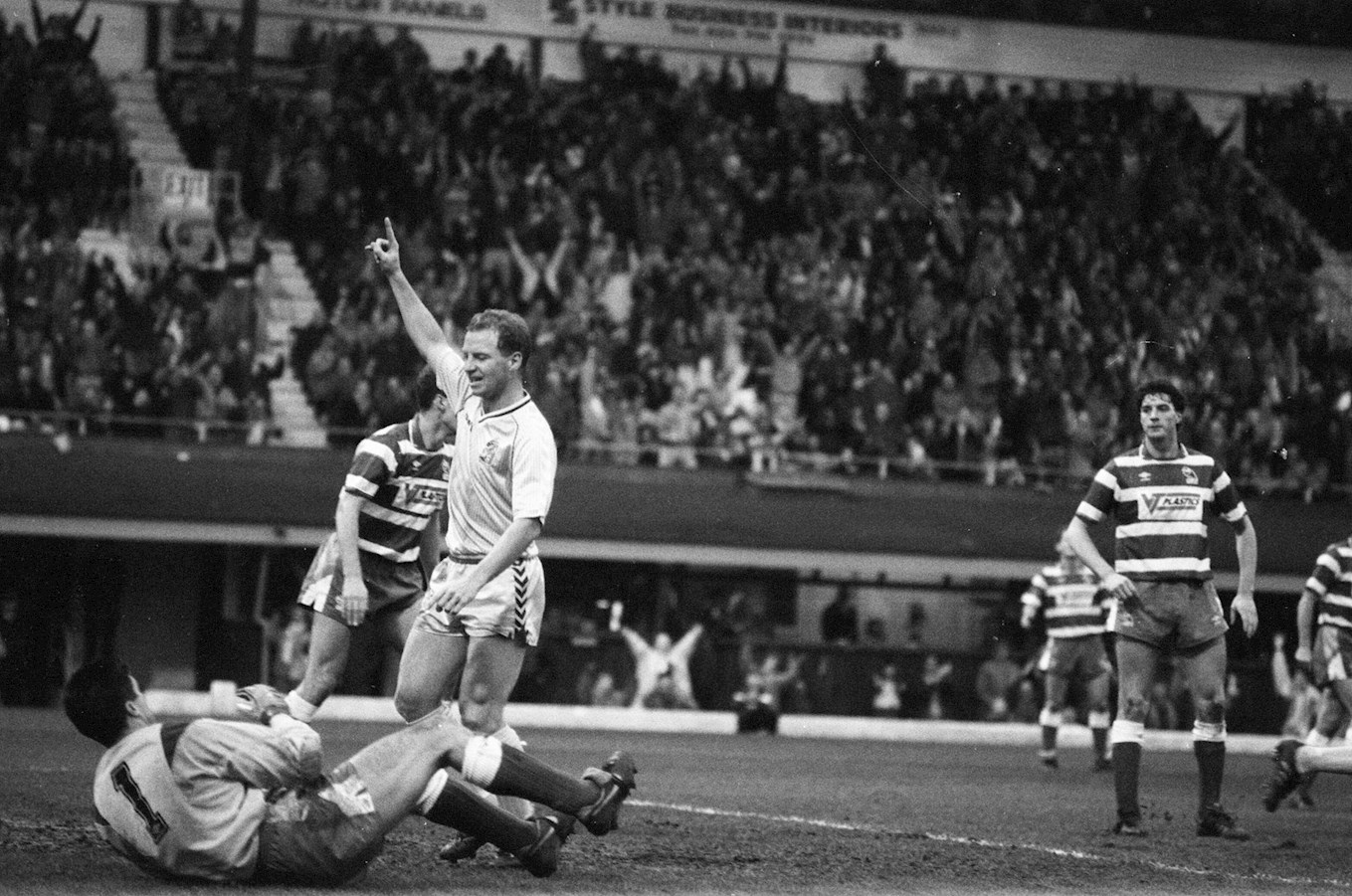 David Speedie netted a hat-trick as the Sky Blues were emphatic winners at Highfield Road in this top-flight clash. Cyrille Regis, Dave Bennett and Lloyd McGrath were back in the City side and the Sky Blues were resounding winners.

Steve Sedgley opened the scoring for John Sillett’s men with a header after 38 minutes. Speedie’s hat-trick of headers followed to put the game beyond doubt. The striker netted in the 41st and 46th minutes before Wednesday were reduced to 10 men, and the Speedie completed his trio of headed goals in the 77th minute.

Brian Kilcline scored with a trademark emphatic penalty in the 88th minute after a Gary Megson handball to complete the rout. 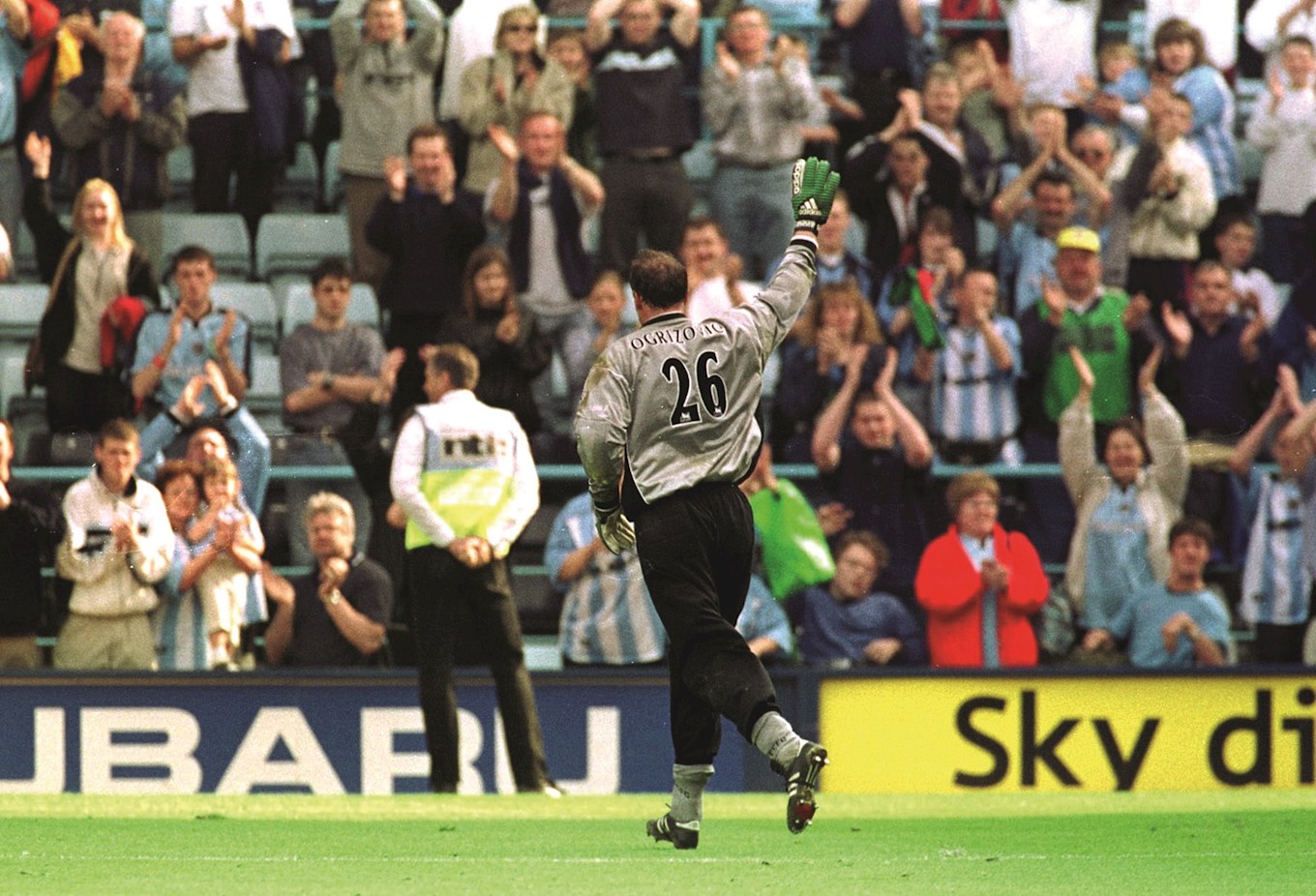 Legendary goalkeeper Steve Ogrizovic made his final appearance for the Sky Blues in this victory in 2000. It was his 601st appearance for City before taking up roles on the coaching staff at the Sky Blues, including as goalkeeping coach, a job from which he retired in 2019.

It was in 1986 that Oggy actually scored against Sheffield Wednesday at Hillsborough, his kick going from one end to the other and over the head of Owls keeper Martin Hodge to put the name Ogrizovic into the Sky Blues scoring stats.

Skipper Gary McAllister scored two goals as he dominated proceedings prior to moving to Liverpool that Summer, while Peruvian striker Ysrael Zungia and Moroccan midfielder Mustapha Hadji also found the net to put City four goals up. In the 82nd minute Gilles DeBilde netted a consolation for Wednesday, who would be relegated at the end of the campaign, to prevent Oggy a clean sheet.

At full-time, Ogrizovic received the deserved appreciation of all four sides of Highfield Road as he took the plaudits on a lap of honour.