Tyler Walker scored a brace to help the Sky Blues record three points after a 2-0 win over promotion chasing Brentford.

The Sky Blues put in a solid display as Walker scored a first half penalty before he was able to find his second goal in the second half.

Walker was encouraged that City were able to perform well and felt like the team’s hard work helped them to beat last season’s Championship play-off finalists.

He said: “It was a great win and good to get the three points and it was a difficult spell of fixtures, we needed to keep plugging away and was a good start today.

“It is about getting points on the board and we worked really hard to a man and got a deserved three points against a top team.

“It is one of them (on Penalty kick), the keepers do their homework, sometimes they guess and know where you are going and I am glad it went in.

“A good bit of play (on his second goal) and I think Callum (O’Hare) was a bit upset, I was going to pass to him but I just turned and shot, fortunately it went in.”

He also acknowledged that City attempted to play on the front foot and there is a strong belief in the squad that they can give any team a game.

He said: “We took the game to Brentford instead of letting it come to us, we have got to build on it now and go again.

“Anyone can beat anyone and they are a top team and are up there for a reason, we have got to be not scared and I believe in the team, I think we should believe in ourselves; we are good players and we can mix it with anyone.

“In a couple games I will be 100 percent and it is just good to get the minutes in and points on the board.

“It’s not the way I pictured it and has been a bit stop and start, hopefully I can get a run of games now and help to get some points on the board.”

He was also full of praise for Max Biamou as the pair have linked up top before this season and believes their styles of play suit each other well.

He said: “I have played with Max before and he is a really good player, he brings so much to the team and I am happy to play wherever, whenever.

“It is proved in some of the games we have played well together and probably complement each other in our styles of play but it is all about the three points and making sure we got them.

“They don’t get any easier and we have got to have belief in ourselves we can mix it with the big teams in this league and we will go there (Swansea City) trying to bring the three points home.” 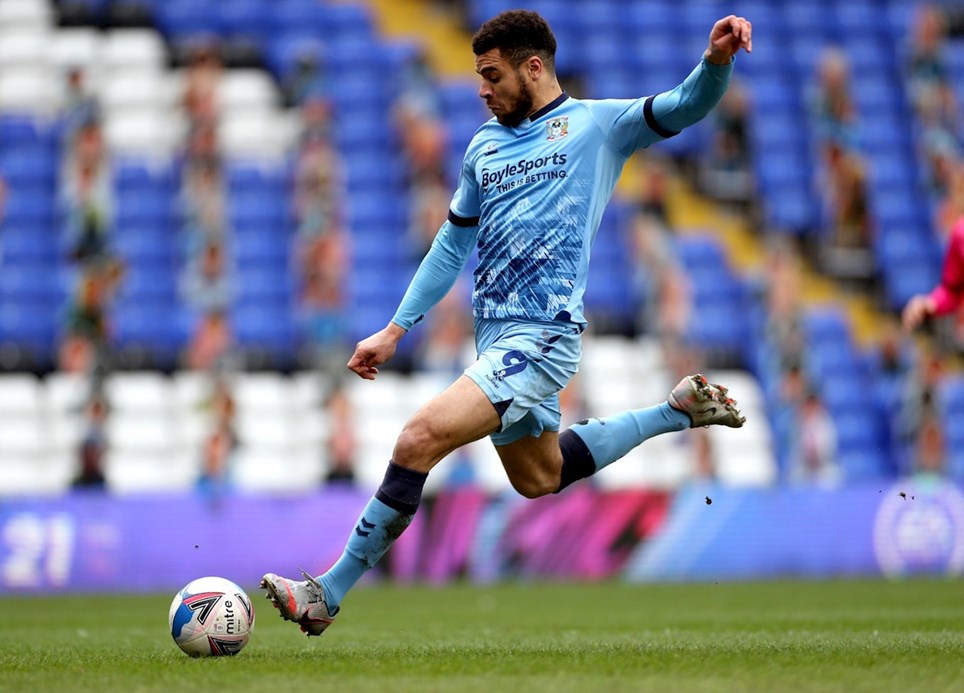 
Max Biamou was on the scoresheet after the Sky Blues secured a 1-0 victory against Derby County at St Andrew’s. 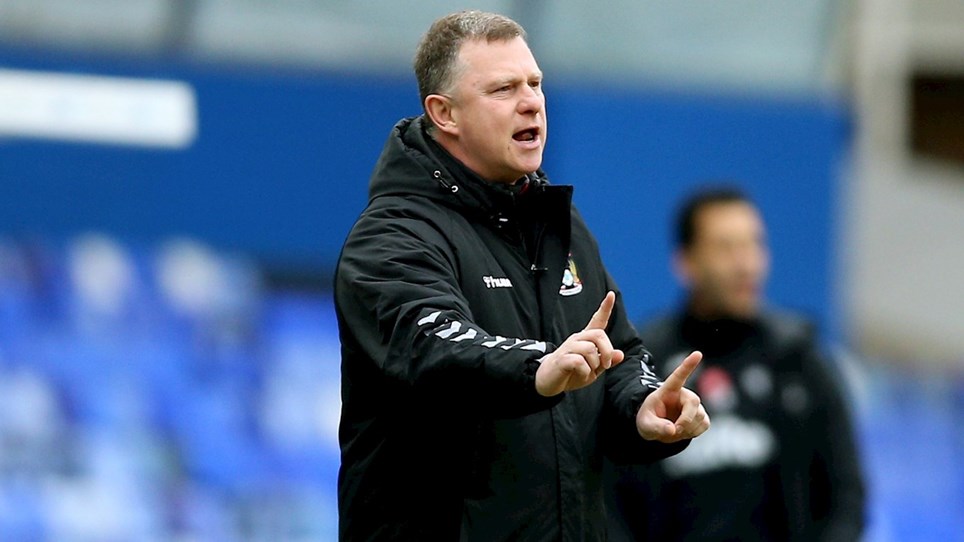 
Mark Robins praised the “spirit, desire and commitment” his side showed in their 1-0 win against Derby County on Saturday afternoon at St Andrew’s. 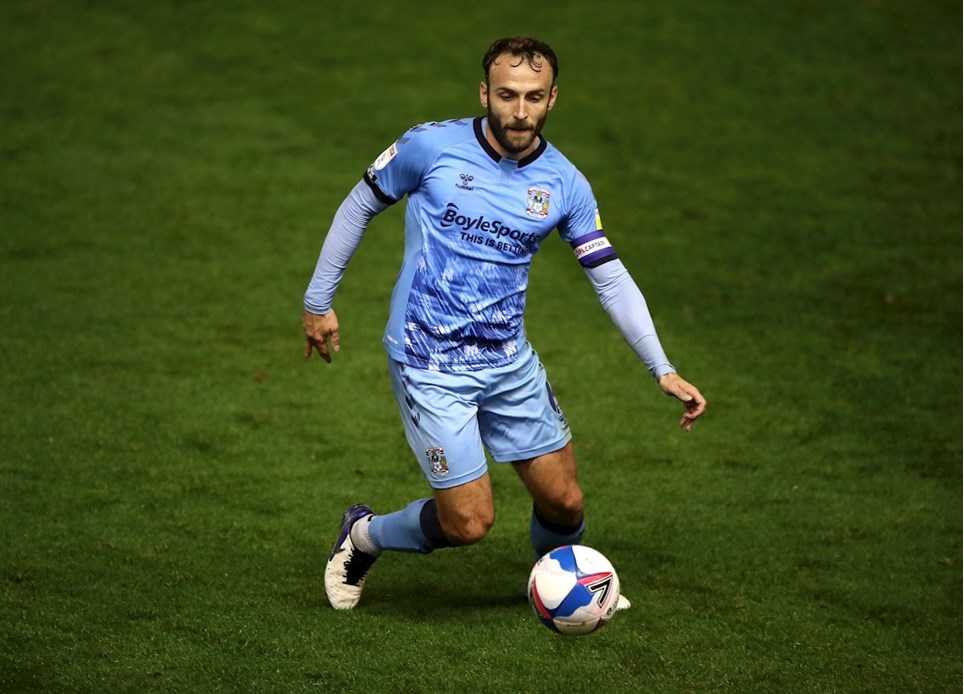 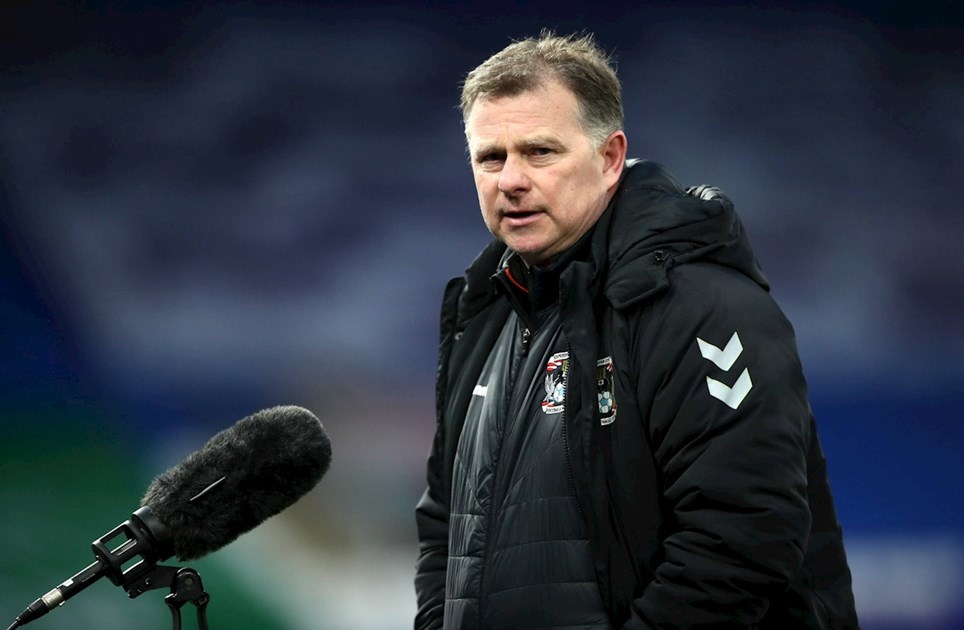