Ahead of Saturday’s trip to Cardiff, we’re looking back at past games between Coventry City and the Bluebirds.

There have been 52 meetings between the two teams, the Sky Blues winning 19 of the games, drawing 12 and losing 21. The first encounter was back in 1913, a 2-2 draw at Highfield Road in the Southern League First Division.

The two teams did not play each other at all from 1967, following the Sky Blues’ promotion, up until January 2003 when the sides met in the FA Cup.

Most recently, the Sky Blues were 1-0 winners at St Andrew’s last November when Tyler Walker scored the winning goal for Mark Robins’ side. 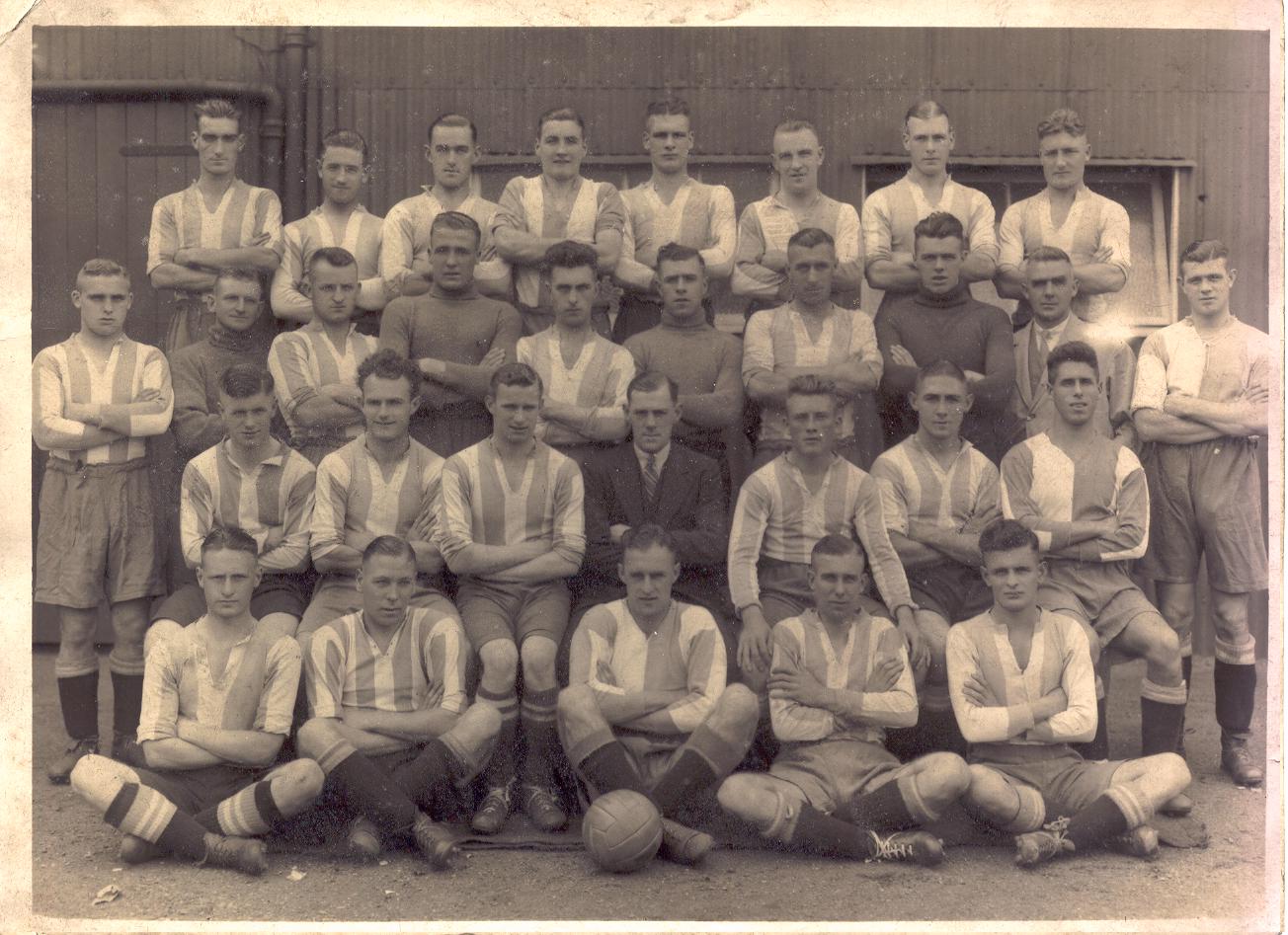 Winning in Wales on a Wednesday in a cold mid-January in 1935 took Coventry to the top of the Division Three South table on goal average ahead of Charlton Athletic.

The game was re-arranged from the previous Saturday and Harry Storer’s Coventry City were on a scintillating run of form. Incredibly, it was 2-2 after only five minutes in this game! Clarrie Bourton opened the scoring before Reg Keating equalised for Cardiff, and he did so again after Les Jones instantly restored the lead.

The home side were no match for a rampant Coventry for whom former Cardiff inside-forward Jones was on fire. In the 20th minute his second goal back on his old stamping ground came from a penalty and took his tally to 11 in his last six games. With Clarrie Bourton inevitably getting in on the act with a brace of his own, Coventry romped to victory with a sixth away win of the campaign in front of a gate of 7,235.

Looking probabilities for promotion, unfortunately Coventry couldn’t keep it up, eventually finishing third, 10 points behind champions Charlton, however the following season Coventry would win the league. 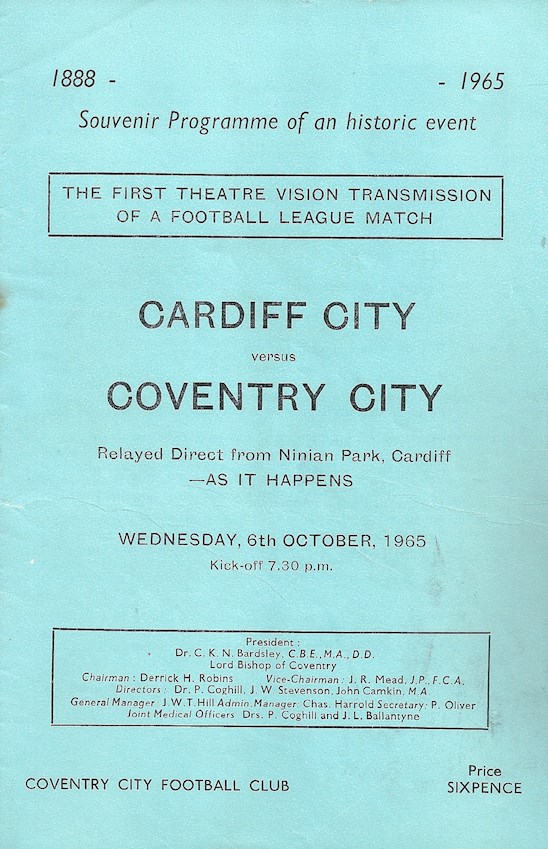 This was the Sky Blues’ last win in the Welsh capital before the break in meetings between the two teams – the next away win would come nearly 40 years later in March 2004.

There were 12,639 in Ninian Park, but 10,295 watching back at Highfield Road too for the first ever CCTV broadcast of a UK football game on the big screens. While by today’s standards it was a very flickery and blurry, black and white picture, it was another of Jimmy Hill’s pioneering innovations.

The Sky Blues ran out 2-1 winners in Wales, although they were wearing red and white striped shirts, borrowed from Stoke City, to help them show up better on the screen. George Curtis scored for JH’s side just before the break, with Welsh winger Ronnie Rees netting the winner three minutes from time after Gareth Williams had equalised for Cardiff.

Fans are of course having to watch remotely again due to the COVID-19 pandemic, although now from the comfort of their own homes and on their laptops and mobiles – you can take a look back at the coverage of the game, and what Sky Blues fans thought of the innovation, by clicking here.

The Sky Blues enjoyed their last league win at Cardiff in August 2007, with the only goal of the game coming from Jay Tabb in the first-half.

Cardiff had dominated much of the opening period but were caught out through a swift Sky Blues counter-attack as the visitors took the lead after 34 minutes. Dele Adebola played in Leon McKenzie, who raced down the flank to send a perfect pass across the six-yard box for Jay Tabb to steer the ball home.

Coventry City had chances to extend their advantage in the second half but Iain Dowie’s side looked like they would squander that lead in the final minute, when Cardiff were awarded a penalty following Michael Doyle’s challenge on Warren Feeney. However, Bluebirds captain Darren Purse slammed the ball against the crossbar from the spot in the 90th minute to mean the Sky Blues would return to England with all three points. 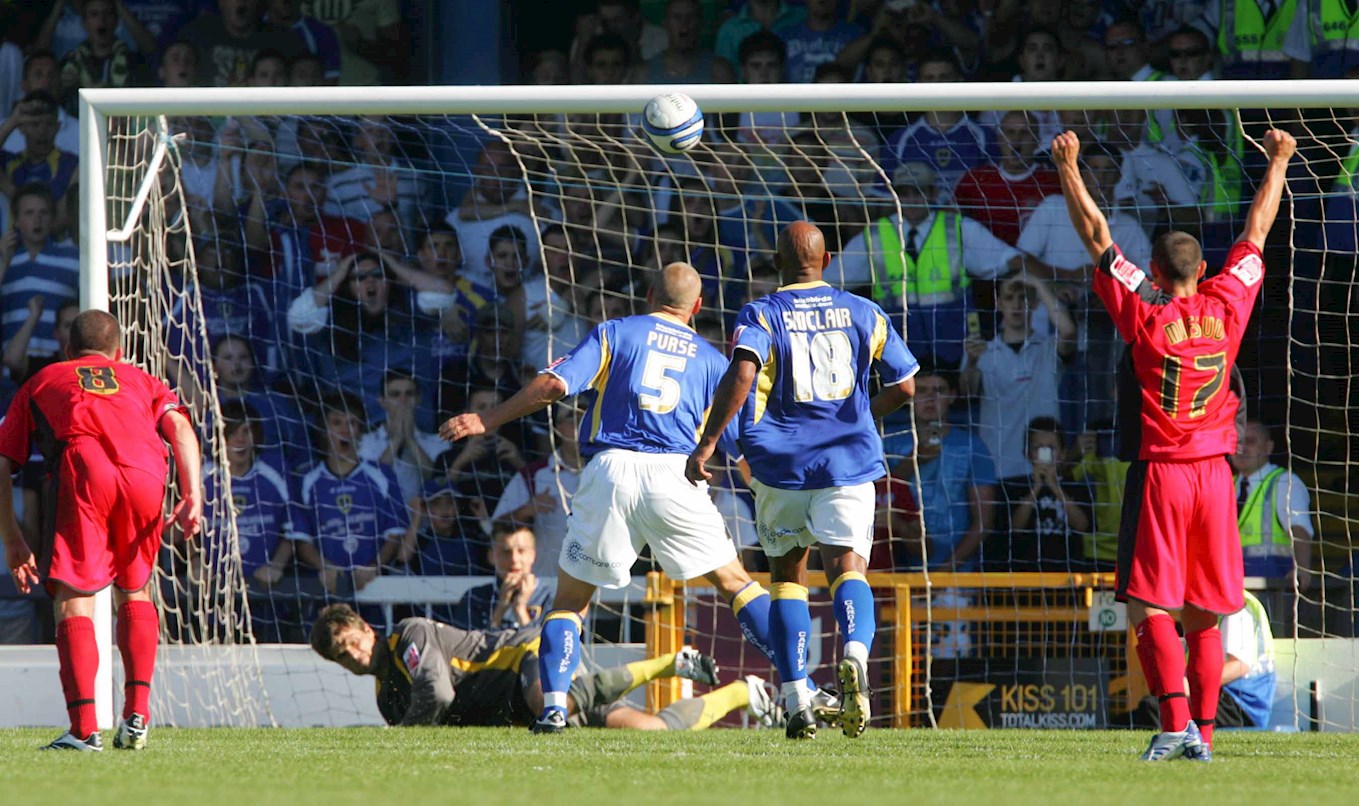