It is only the 2nd time since 1969 that the Sky Blues have reached five figures.

The excitement is building as City fans prepare for the start of the Sky Bet Championship campaign, with the side playing games back in Coventry at the Coventry Building Society Arena.

Since last playing at the Arena, City have secured another promotion under Mark Robins – the second achieved with the Club by the City boss – and are now in the second tier of English football, and buying a Season Ticket is the best value way to secure your seat for all 23 of our Championship games this campaign, ahead of Sunday's opener against Nottingham Forest.

Season Tickets are priced at £375 for Adults, which works out at just over £16 per game.

Season Tickets will remain FREE for Junior Sky Blues Members who are aged Under 13, when accompanied by a paying Adult/Concession.

“It’s an incredible milestone for the Football Club to surpass 10,000 Season Tickets.

“I would like to thank everyone who has purchased theirs, as their support makes a huge difference to the Football Club.

“I have no doubt that difference will continue on matchdays in the support that our fans will provide to Mark Robins and the team back at the Coventry Building Society Arena.

“If fans haven’t bought yet, there is still time to purchase and watch their team in the best value way. Those fans who have already bought are scheduled to receive their Season Card or paper tickets this week, ahead of the Sunday’s game.

“We’re all really looking to the match against Nottingham Forest, which will be a brilliant occasion for the City, the Club and our supporters.” 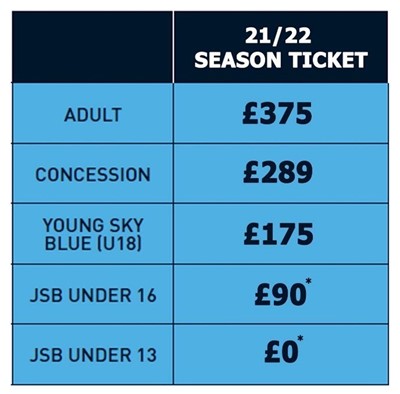 * Must be a JSB Member, accompanied by a paying adult/concession

Season Tickets will remain on sale until Midnight on Friday 6th August, prior to the Sky Blues’ opening home league game against Nottingham Forest on Sunday 8th August. They will go back on sale on Monday 9th August.

Fans who buy a Season Ticket will receive a paper ticket for the first two games of the season. Details on dispatch can be seen here The process to dispatch is ongoing, with Phase 1 supporters scheduled to receive their cards later this week, ahead of Sunday's game.

Buying a Season Ticket is the cheapest way for Sky Blues fans to watch all of City’s 23 home league games in the 2021/22 campaign, offering considerable savings over buying match-by-match. Match Ticket prices can be seen here

Season Tickets are available to buy at eticketing.co.uk/CCFC and at the Ticket Office at the Coventry Building Society Arena during our regular opening hours – details on these and the location of the new Ticket Office can be seen here. 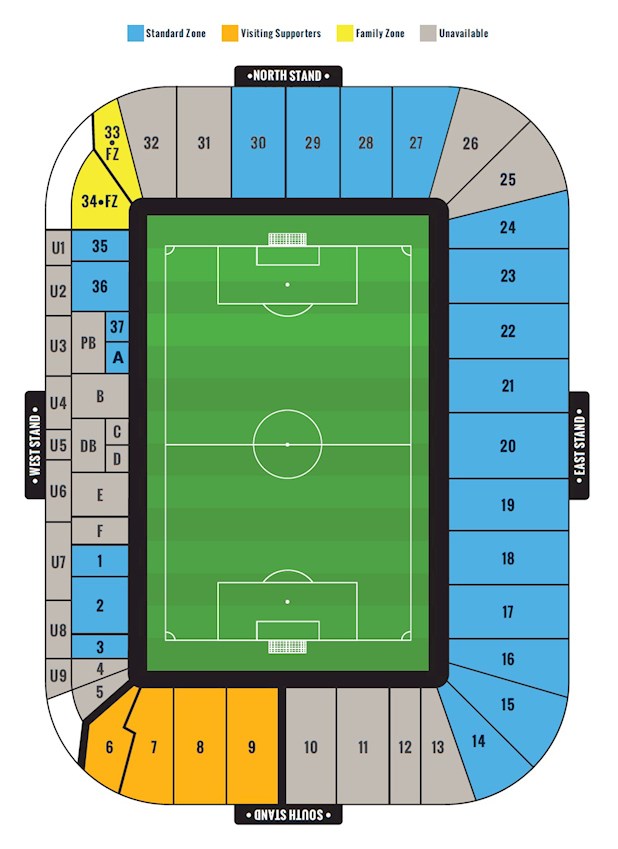 You can also pay in monthly instalments with V12 Finance

Disabled Supporters can be purchased online at eticketing.co.uk/CCFC or in person at the Ticket Office. Disabled supporters Season Tickets are charged at the age relevant price, with a carer going free if required.

If fans have any queries when purchasing Disabled tickets, they can contact TicketOffice@ccfc.co.uk or call 02476992335.

PUSB: 'From The Board' versus Cardiff City


The Sky Blues climb to 4th in the Championship following victory against Cardiff City last night.


Coventry City Academy is looking to recruit a Part-Time Analyst to assist the Lead Data Academy Analyst in the holistic development of players within the Club.