The Sky Blues host high-flying Barnsley at St Andrew’s on Sunday afternoon. Here’s everything you need to know about our opponents. 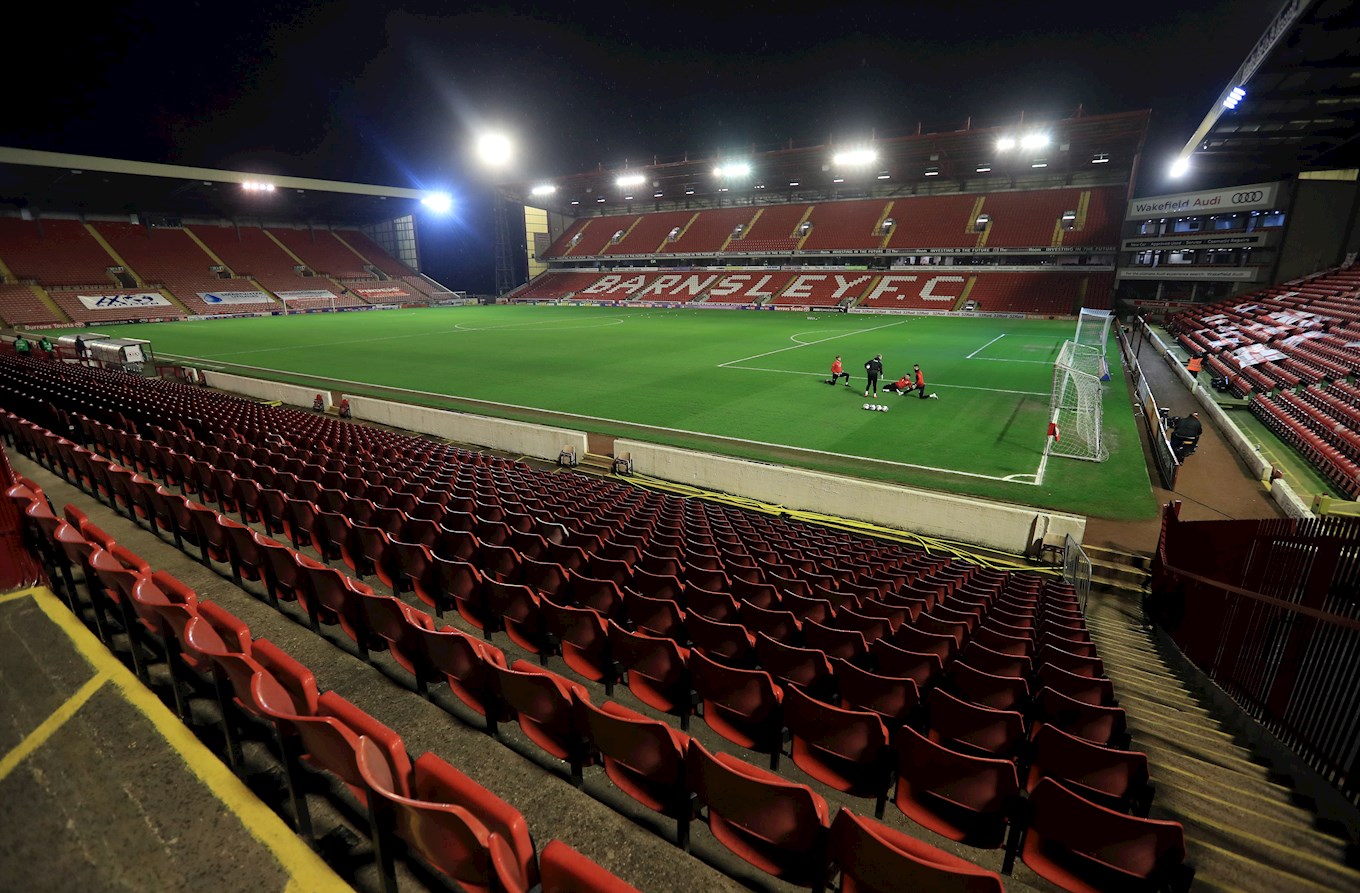 Barnsley are currently sixth in the Sky Bet Championship table and have been the surprise package in the second tier this season.

The Tykes top scorer is Cauley Woodrow who has scored 13 goals this season whilst Alex Mowatt has provided seven assists as well as chipping in with eight goals.

The Yorkshire club have lost just once in their last 16 league matches, which included a seven-game winning run, as they look to secure a top-six finish against the odds.

Ismael won the Bundesliga with both Werder Bremen and Bayern Munich as a player and began his coaching career in Germany, managing Hannover 96 II for two seasons.

He then led Wolfsburg II to the Regionalliga Nord title in 2013/14 before losing in the promotion play-off and was appointed as FC Nurnberg’s new manager in June 2014.

After just five months in charge, Ismael was sacked by Nurnberg and returned to Wolfsburg II the following summer, once again winning the Regionalliga Nord title and losing in the promotion play-off.

He eventually took over as first-team manager at Wolfsburg on an interim basis in October 2016 before being given the job on a permanent basis the following month.

Ismael was sacked by the German club after just four months in charge and returned to the dugout with Greek side Apollon Smyrnis where he managed just one game before departing after disagreements with the club’s president.

He next took charge of Austrian side LASK Linz and took the team to the UEFA Champions League play-off round before dropping into the UEFA Europa League where they were knocked out by Manchester United in the last 16.

The Frenchman was replaced at the end of the 2019/20 campaign following a fourth place finish in the league before his appointment as Barnsley boss earlier this season and has enjoyed an excellent tenure at Oakwell thus far. 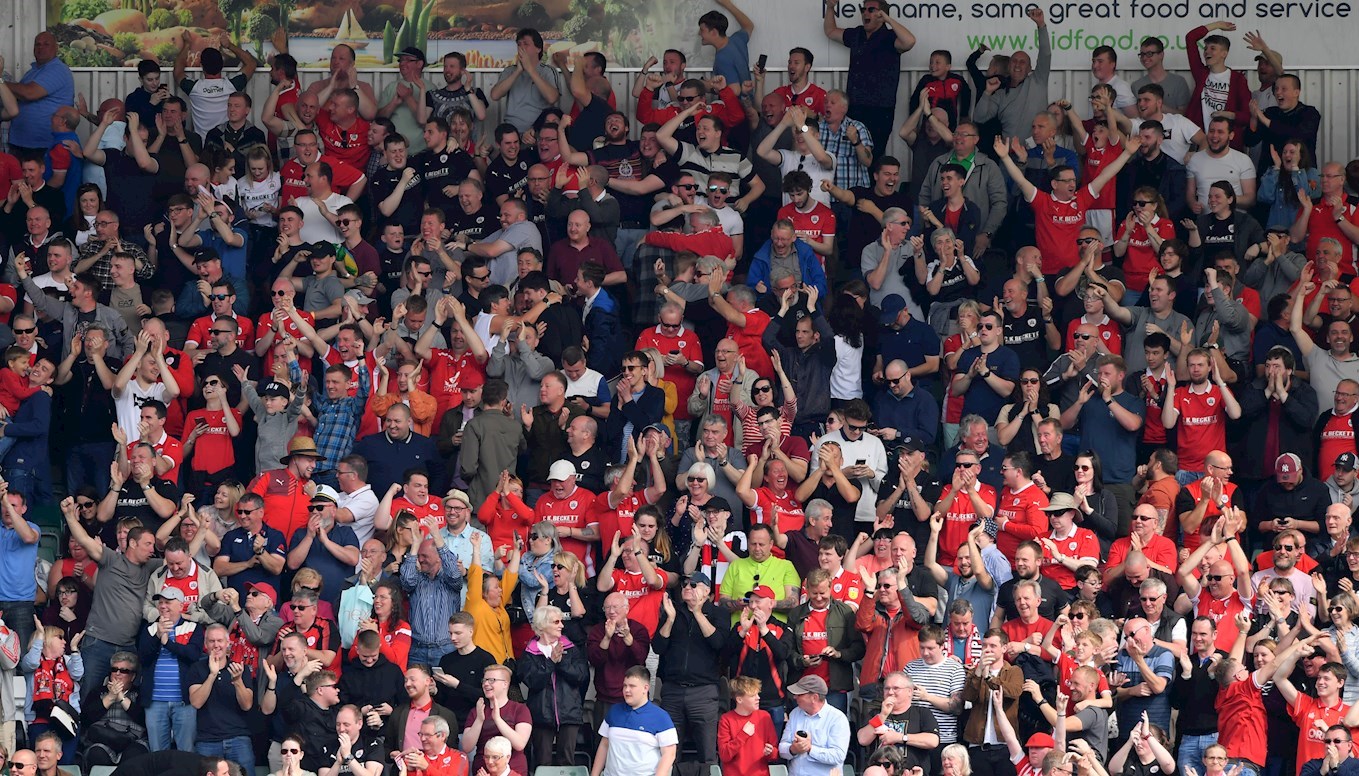 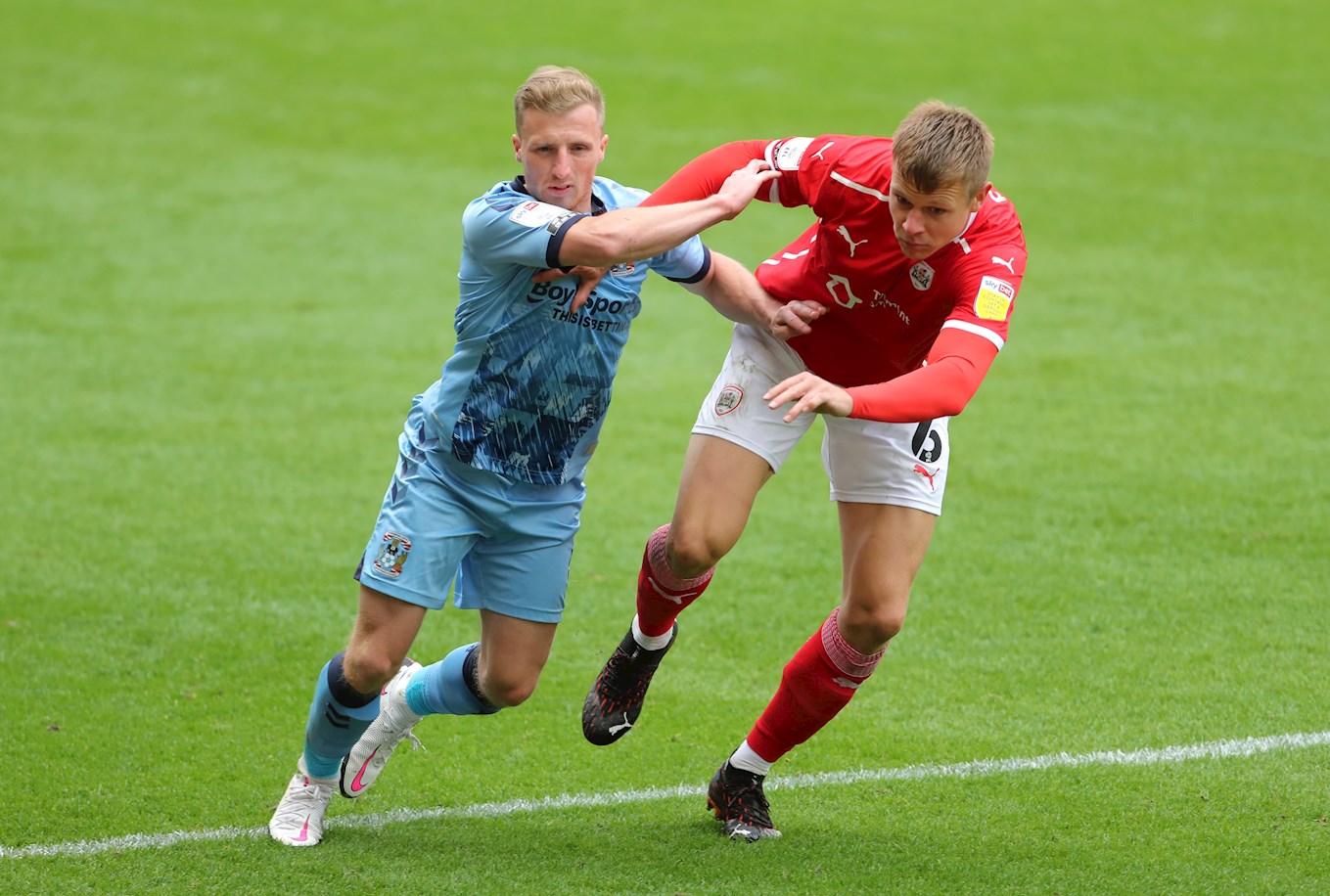 The two sides last met at the beginning of the season, playing out a goalless draw at Oakwell in difficult conditions.

The hosts created the first chance of the game when a free-kick was worked to Callum Styles on the edge of the penalty area who scuffed an effort straight at Marko Marosi.

City then came close to taking the lead when Gus Hamer’s corner from the right was met by the head of Leo Ostigard at the back post only for his effort to come back off the crossbar.

In a game of few chances, Cauley Woodrow found some space on the left-hand side of the penalty area only to see his shot superbly blocked behind by Kyle McFadzean.

The Tykes pushed for a winner late on with Elliot Simoes firing narrowly over from the edge of the penalty area and Woodrow shooting straight at Marosi when well-placed eight-yards from goal as both teams were forced to settle for a point.

Current Sky Blues midfielder Matty James began the season on loan at Barnsley before making the switch to City in January.

James came through Manchester United’s youth academy but never made an appearance for the first team and took in two separate loan spells at Preston North End before completing a permanent move to Leicester City in May 2012.

He helped the Foxes reach the Championship play-offs in his first season with the club, famously losing in the semi-finals to Watford, before playing a key role in their title success the following season.

The midfielder was a regular during Leicester’s first season back in the top-flight before rupturing his anterior cruciate ligaments in May 2015 which ruled him out for the entirety of the club’s remarkable Premier League title triumph.

He was loaned to Barnsley in January 2017 where he scored one goal in 18 appearances before returning to Leicester and once again being involved with the first-team.

The 29-year-old made a second temporary switch to the Tykes in October last year, where he made a further 15 appearances, before linking up with the Sky Blues on loan in January this year.

James has impressed in City’s midfield since his arrival and scored his first goal for the club against Blackburn Rovers before also netting in last weekend’s defeat away at Bournemouth. 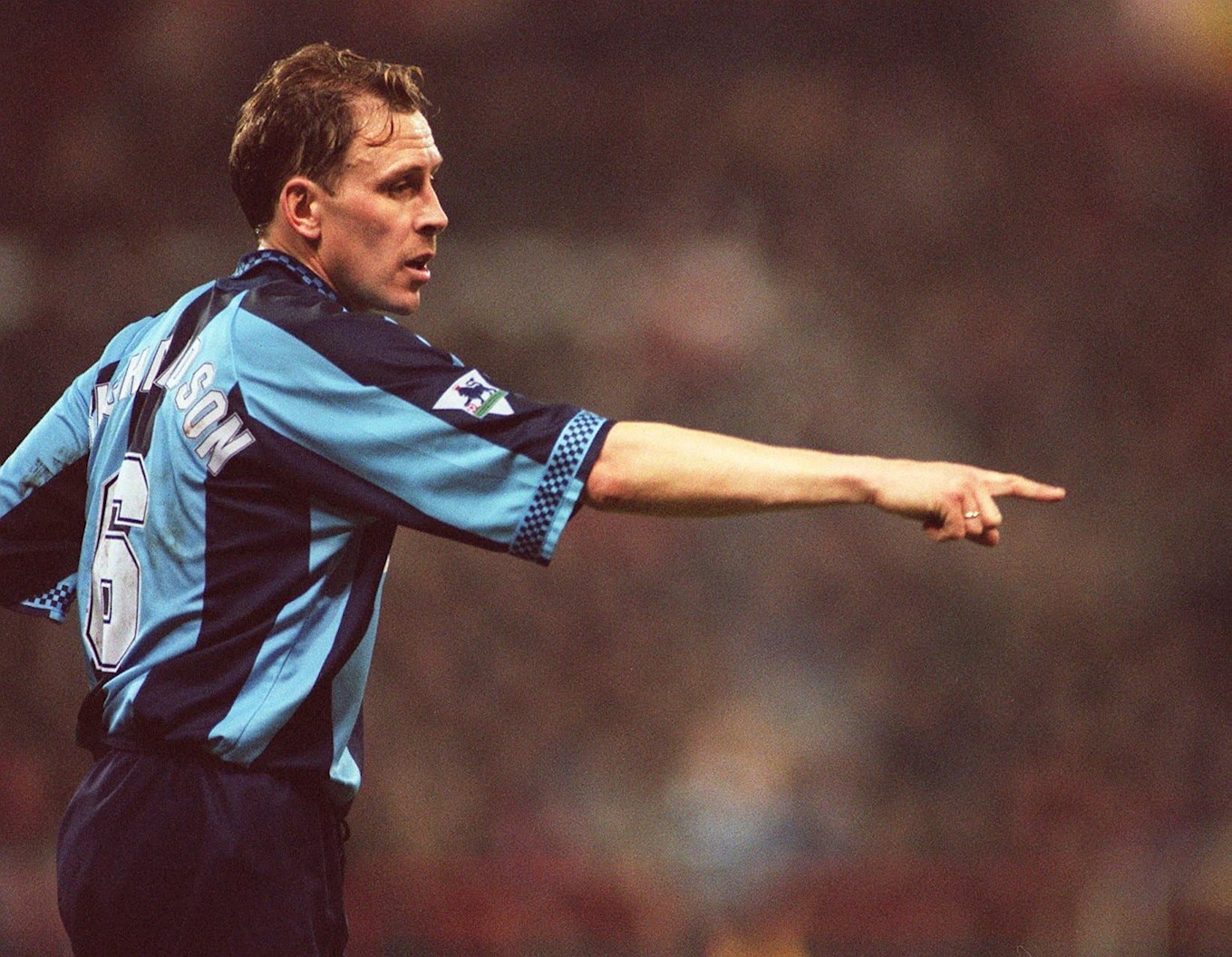 Former England international Kevin Richardson featured for both clubs towards the end of his playing career.

Richardson came through Everton’s youth academy and would go on to make over 100 appearances for the Toffees during his six seasons at Goodison Park winning the First Division, FA Cup, UEFA Cup Winners’ Cup and Charity Shield with the Merseyside Club.

He spent one season with Watford before joining Arsenal in 1987/88 helping the Gunners win the First Division in his second season with the club and started in their famous title clinching win at Anfield in the final game of the season.

After making just shy of a century of appearances for Arsenal, he was sold to Spanish side Real Sociedad where he would stay for one season before returning to England with Aston Villa.

Richardson captained Villa to League Cup success in 1994, turning in a man of the match performance to beat Manchester United 3-1 at Wembley as well as winning his sole England cap whilst at Villa Park.

He signed for the Sky Blues in 1995 under the management of Ron Atkinson, having made almost 150 appearances for Villa, and spent two and a half years with City making 78 appearances.

A short spell with Southampton would follow before joining Barnsley in 1998 where he made 30 appearances before finishing his career with Blackpool. 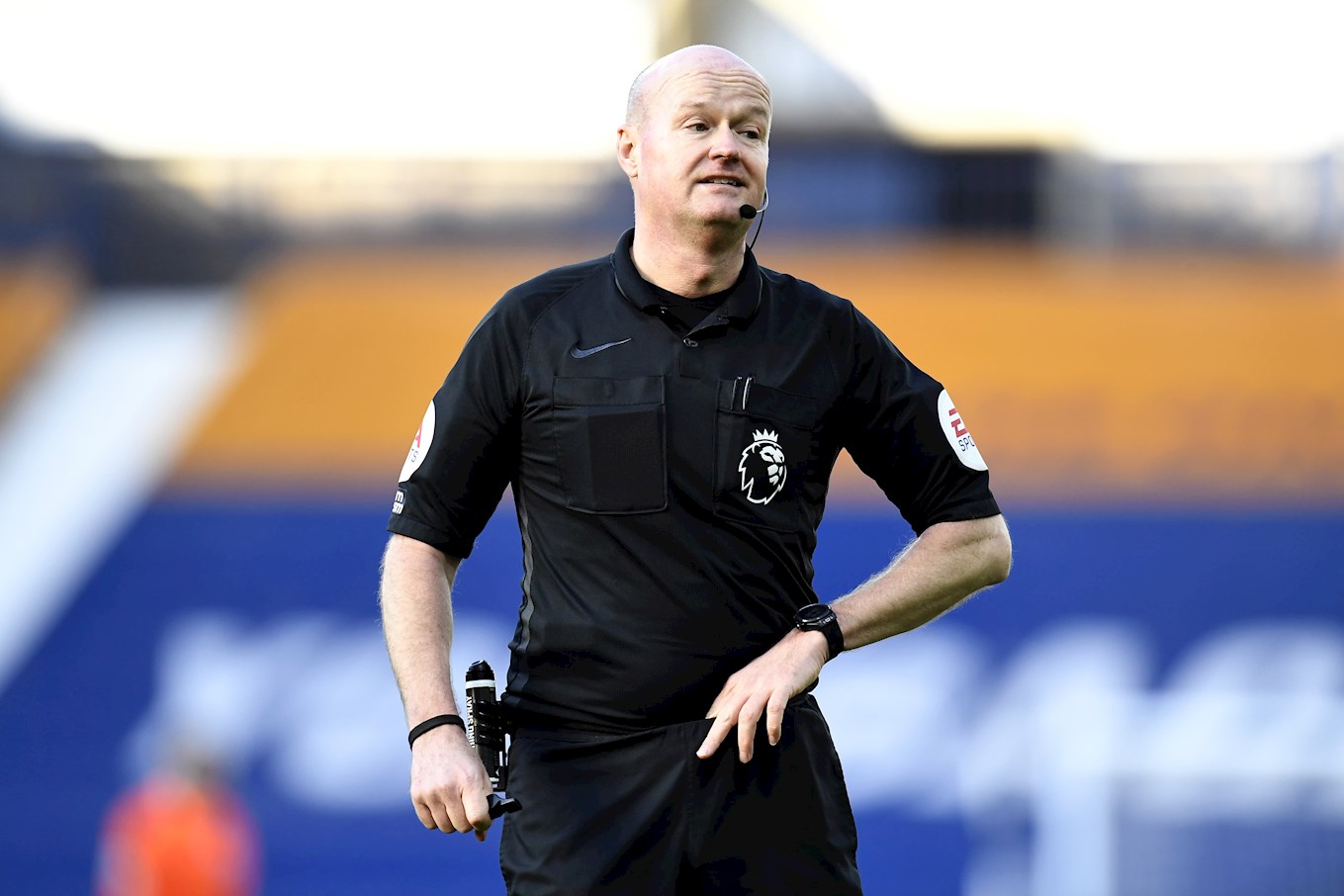 Lee Mason will be the man in the middle on Sunday afternoon, taking charge of his 20th game of the 2020/21 season.

He last refereed the Sky Blues in March 2010 when City came from two goals to secure a 2-2 draw against Leicester City in the Championship at the King Power Stadium.

This will be Mason’s 19th season as a Football League referee and he has officiated the Sky Blues on nine previous occasions, with City winning four, drawing two and losing three of those matches.

He will be assisted by Simon Long and Derek Eaton with Jeremy Simpson acting as fourth official.