The Sky Blues and Solihull Moors played out a score-draw at the SportNation.bet Stadium, in City’s final pre-season fixture.

An own-goal early into the second half and a Jack Burroughs strike late on were cancelled out by a Jake Beesley brace.

The first attempt of the game took ten minutes and it came from the Sky Blues and it was Marcel Hilssner who won the ball back for City deep inside the Solihull half and he saw the opportunity to get a shot away from distance, but his effort flew past the post.

The German was involved in City almost breaking the deadlock, as his corner found Eccles on the edge of the area and the midfielder shot came back off the crossbar.

Moors first attempt on goal was a comfortable one for Tom Billson as he had to deal with a free-kick from Jamey Osbourne, which he held with ease.

Marcel Hilssner continued to be involved in the Sky Blues attacking output, this time on the end of an intercepted Ben Sheaf pass, after the midfielder had won the ball back, but Marcel’s effort was deflected behind for a corner.

Good pressure from the hosts saw them create an opportunity for Kyle Storer, but his half-volley sailed over the bar.

Ryan Boot was called into action as he had to be alert to save well from Ben Sheaf, when the on-loan Arsenal man had a go from around 25-yards-out.

At the other end, Tom Billson was called into action just before half-time as he had to be alert to deny Jamey Osbourne’s shot from the edge of the area.

After the restart, it took the Sky Blues just 90 seconds to take the lead and it came down the left-hand-side and it was Marcel Hilssner who drilled a ball across the six-yard box and it was put into his own net by Jordan Piggott.

With the Sky Blues making several changes, chances came few and far between, but Billson was called into action when he made a save from six yards out to deny a Solihull Trialist finding a leveller.

However, the host would find an equaliser and it was another ball into the box, which this time fell at the feet of Jake Beesly and he found the back of the net.

City looked to restore their lead and they almost found it through Tyler Walker as his last bit of action before making way saw him turn and get a shot away, but his attempt went wide.

Jack Burroughs was one of those changes earlier on and he forced the Moors ‘keeper into a smart save, when he found space down the right and burst into the area, firing a shot towards goal.

Gervane Kastaneer was introduced with ten minutes remaining and within seconds of coming on the ball fell at his feet inside of the area, but his shot went over the bar.

City wouldn’t be left ruing their missed chances for much longer and they did regain the lead and it was Jack Burroughs who saw his strike deflect up and into the back of the net.

Although the lead wouldn’t last long and the Moors were level just two minutes later when Jake Beesley grabbed his and the Moors second of the game.

The striker almost found a winner moments before the final whistle, but Tom Billson produced a fantastic save to keep the scores level. 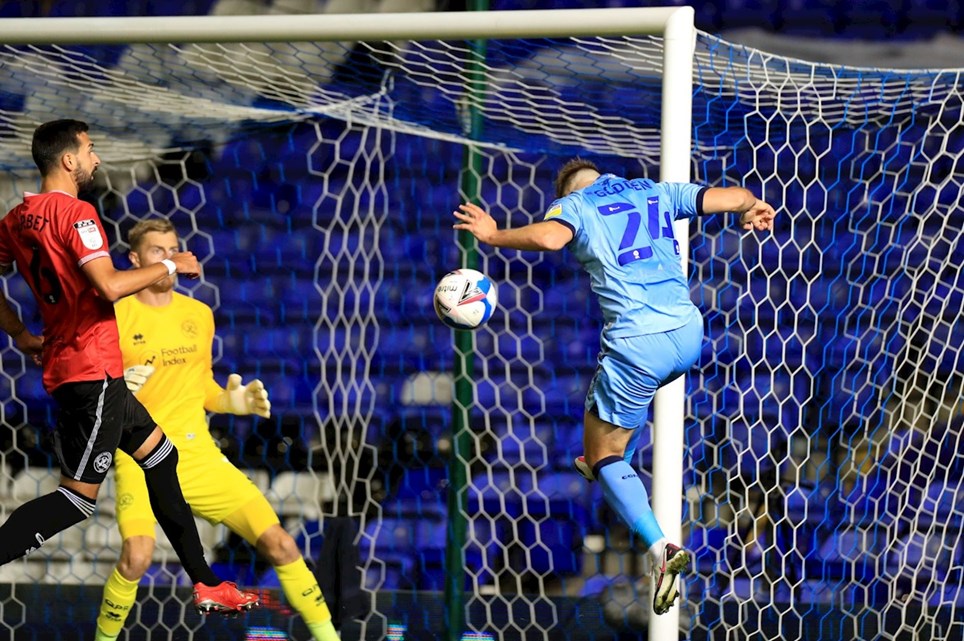 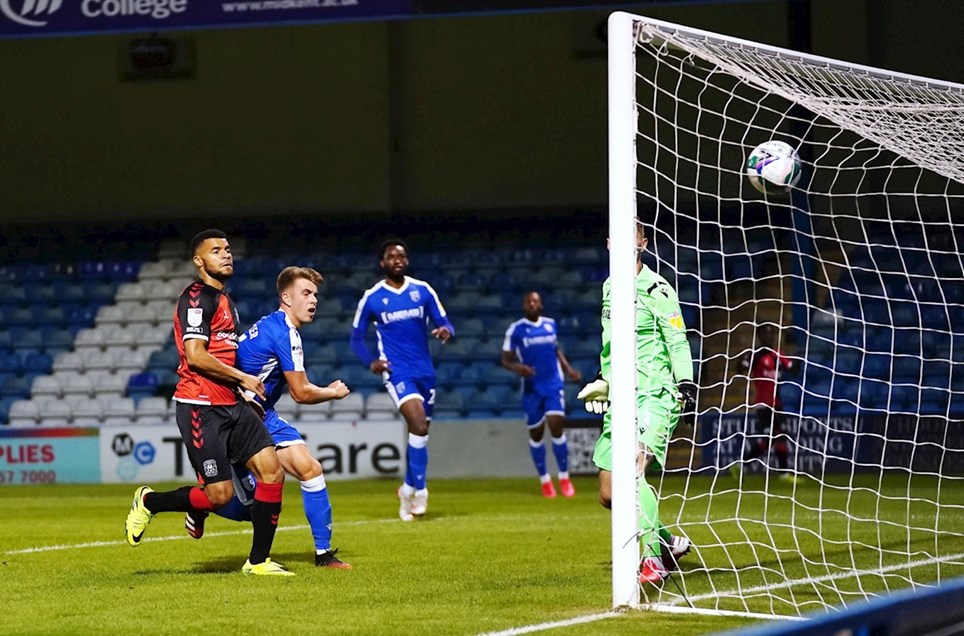 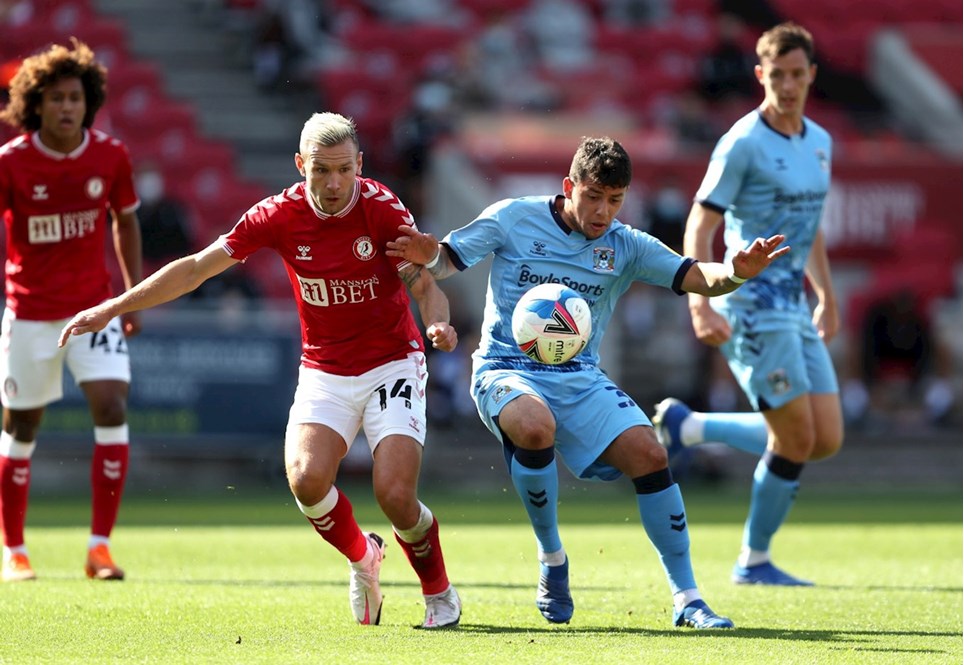 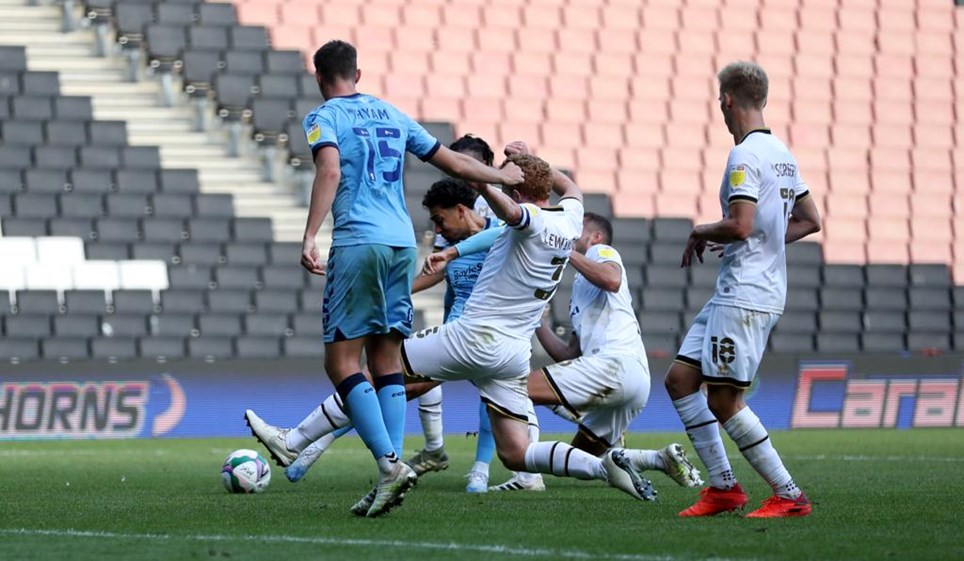 
The Sky Blues booked their place into the Carabao Cup second round, thanks to Tyler Walker’s debut goal.