The Sky Blues take on Gillingham in the second round of the Carabao Cup on Tuesday evening. Here’s everything you need to know about our opponents. 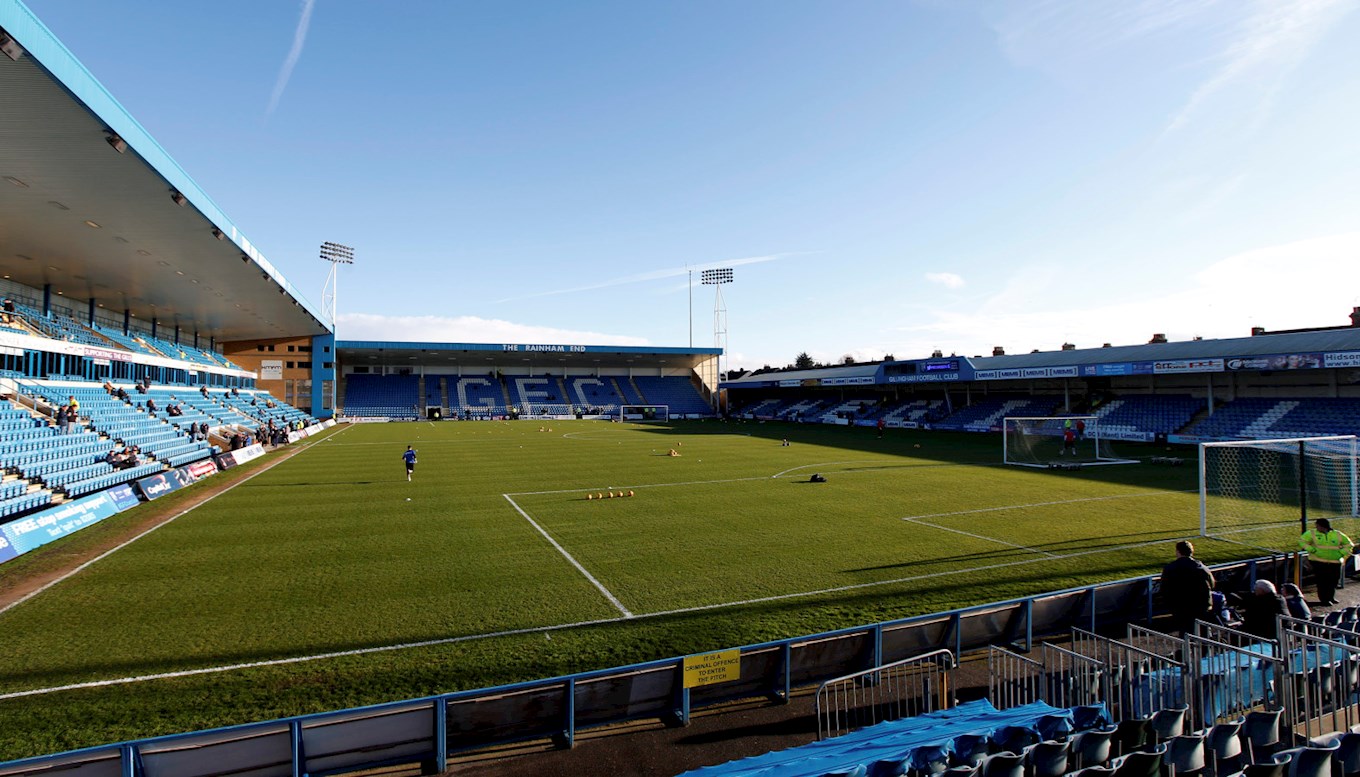 Gillingham play in Sky Bet League One and finished in 10th position last term following the curtailment of the season.

They have however lost defender Max Ehmer and striker Brandon Hanlan to League One rivals Bristol Rovers as well as Regan Charles-Cook to Ross County and Mikael Mandron to newly promoted Crewe Alexandra.

Tuesday’s opponents reached this stage of the Carabao Cup with a 1-0 win against Southend United and opened their league campaign with a 2-0 home defeat to Hull City at the weekend. 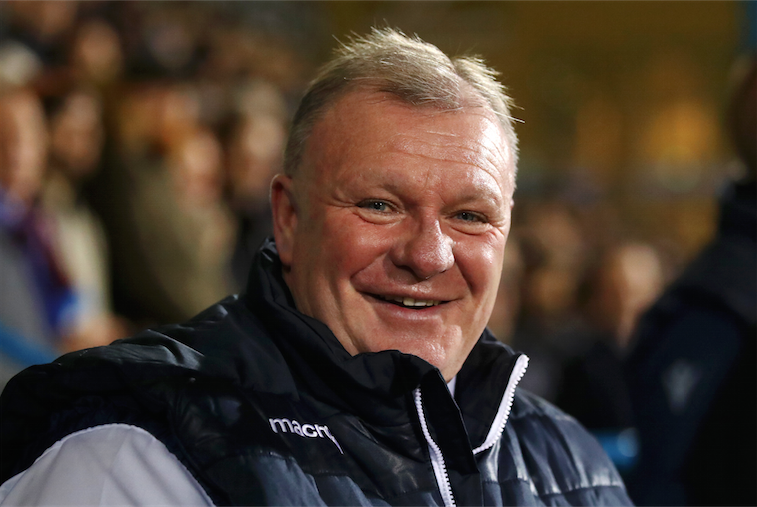 Steve Evans took over at Priestfield in June 2019 and enjoyed a steady first season with his new employers.

Evans began his managerial career in non-league football with Stamford, who he guided to consecutive promotions, before then leading Boston United into the Football League in 2001/02, achieving two promotions during his first stint in charge which ended in July 2002.

He returned to the Pilgrims for a second stint in charge in March 2004, following a 20-month ban from football, achieving the club’s highest finish in league football, but couldn’t prevent Boston from eventually slipping back into the Conference at the end of the 2006/07 season.

The 57-year-old was then appointed as Crawley Town manager in May 2007 and guided the club into the Football League for the first time in their history, winning the Conference in 2010/11, whilst also helping the non-league club reach the FA Cup fifth round, where they were beaten by Manchester United.

After helping Crawley push for promotion in their maiden Football League campaign, Evans departed for fellow League Two side Rotherham United in April 2012.

Evans helped Rotherham achieve promotion to League One in his first full season in charge of the Millers before then guiding them into the Championship after beating Leyton Orient on penalties in the 2013/14 League One play-off final.

He then had short stints in charge of Leeds United, Mansfield Town and Peterborough United, before arriving at Priestfield where he has won 17 of his 46 matches in charge of the Gills. 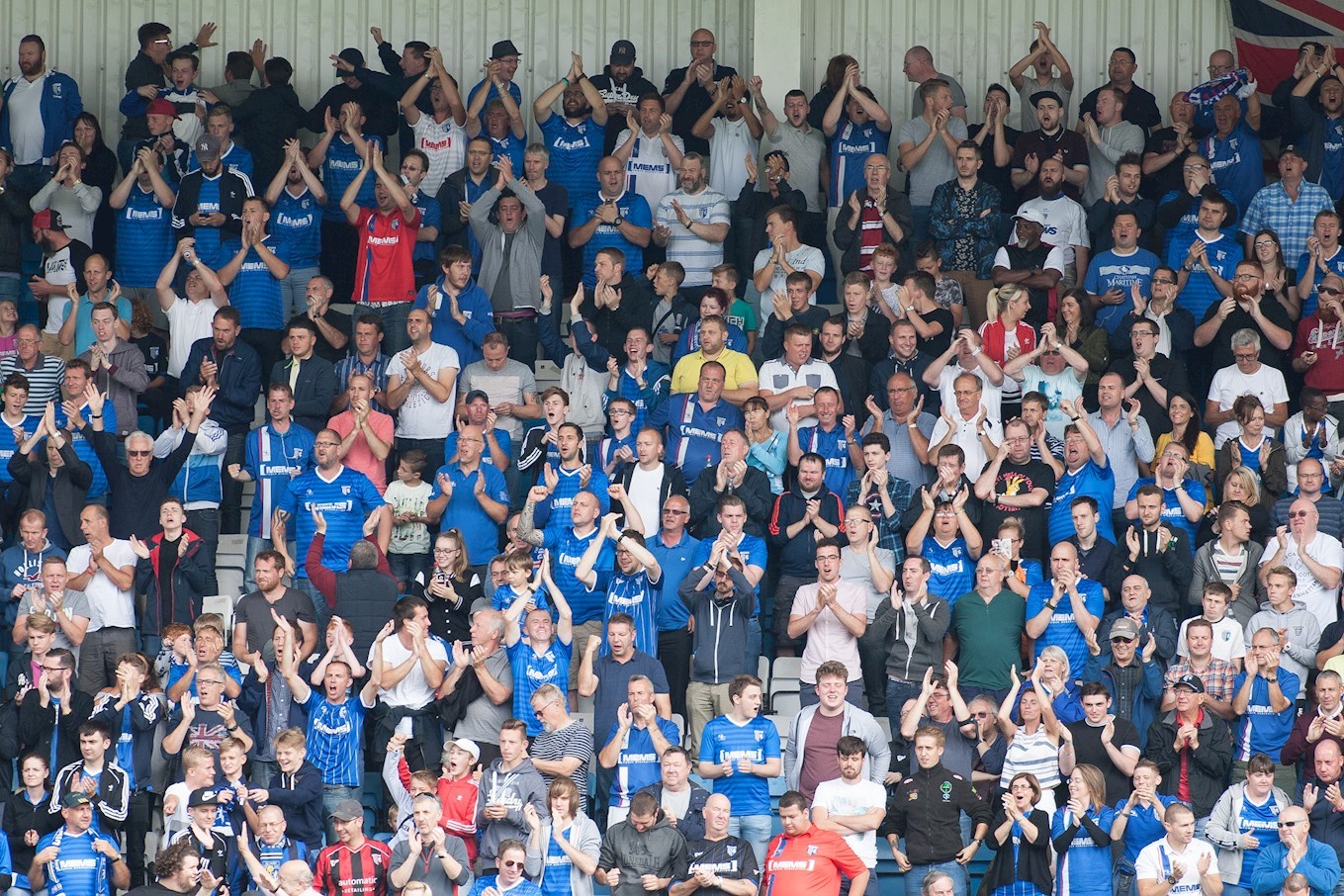 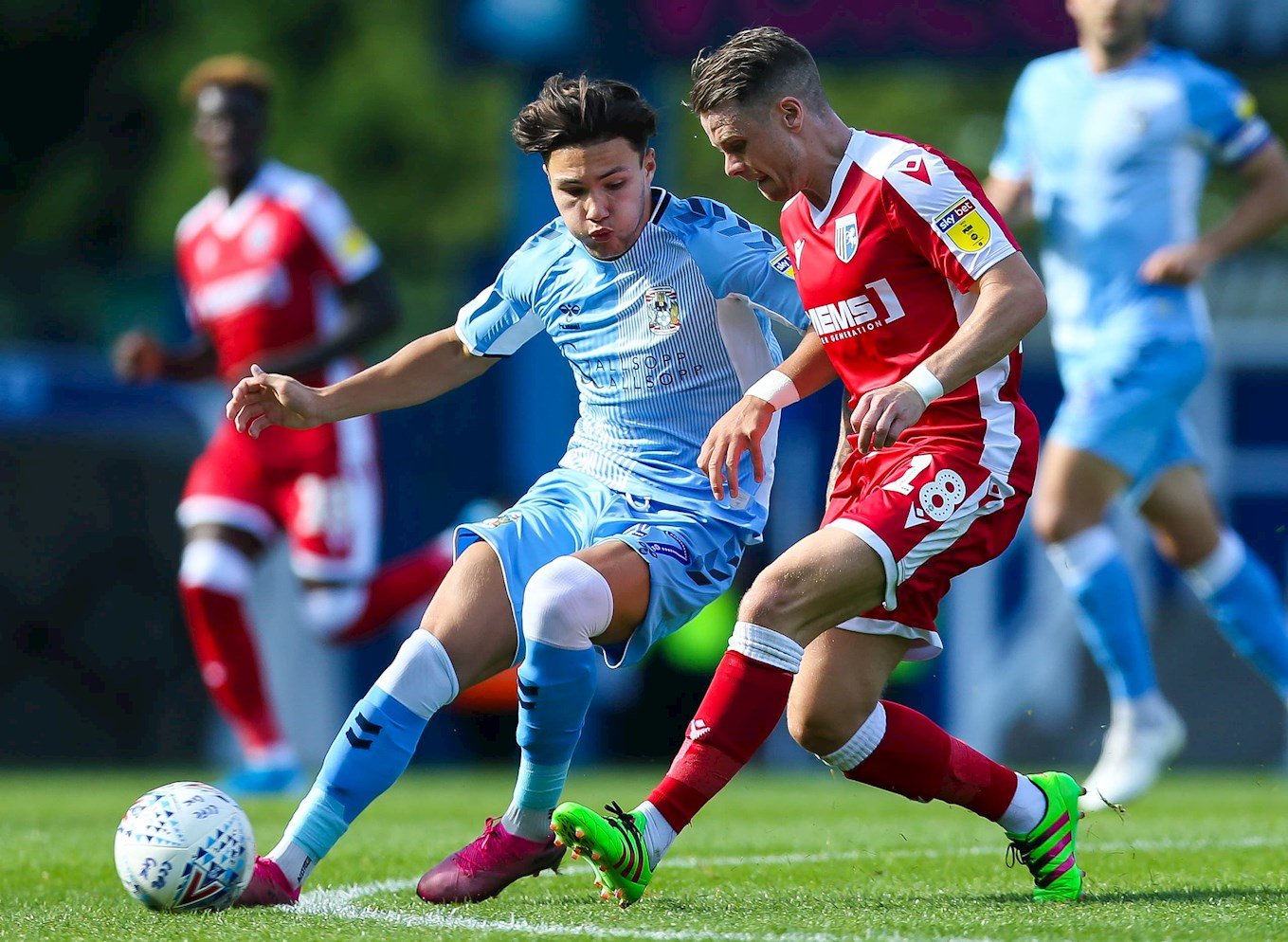 The two sides last met in August 2019 with the Sky Blues claiming a 1-0 win at St Andrew’s.

In the opening few minutes, Gills keeper Jack Bonham made a superb save to deny Matty Godden’s header, after he had been picked out by Wesley Jobello’s cross-field ball.

The Sky Blues took the lead when Zain Westbrooke’s corner was turned home by Dom Hyam at the back post, scrambling the ball into the net from close range.

City almost scored from another set-piece minutes later, with Godden seeing his effort cleared off the line after Jordan Shipley produced a tantalising cross into the box.

Mark Robins side looked to double their lead in the second half when Shipley’s 25-yard effort was well smothered by Bonham.

The visitors were then denied by Marko Marosi who made a magnificent stop, diving acrobatically to his right to deny Mikael Ndjoli’s powerful free kick. 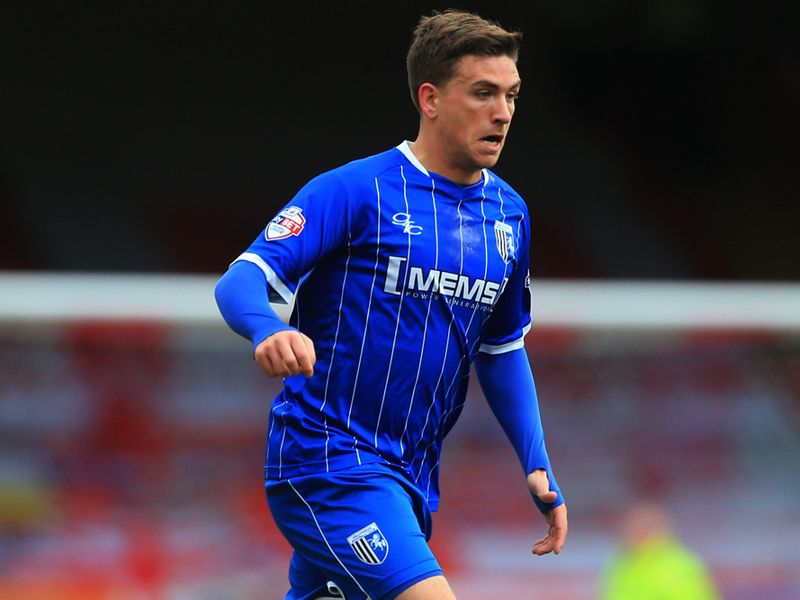 McDonald began his career in non-league football and was a prolific goalscorer for Witham Town, Maldon Town and Dartford, before securing a move to League One side Norwich City in February 2009.

He netted five goals in 32 appearances during his time with the Canaries and helped them achieve promotion to the Championship in 2009/10.

His impressive form caught the eye of Sky Blues manager Andy Thorn who signed the striker on a permanent deal in August 2011.

McDonald scored eight goals in 47 appearances for City during his two seasons with the club, and was loaned back to Gillingham in January 2013, scoring four goals in seven appearances.

He eventually secured a permanent move to the Gills in July 2013, enjoying a fine four-year spell with the club, amassing 223 appearances, scoring 81 goals.

Following his departure from Priestfield, the 34-year-old has had short spells with AFC Wimbledon and Ebbsfleet United. 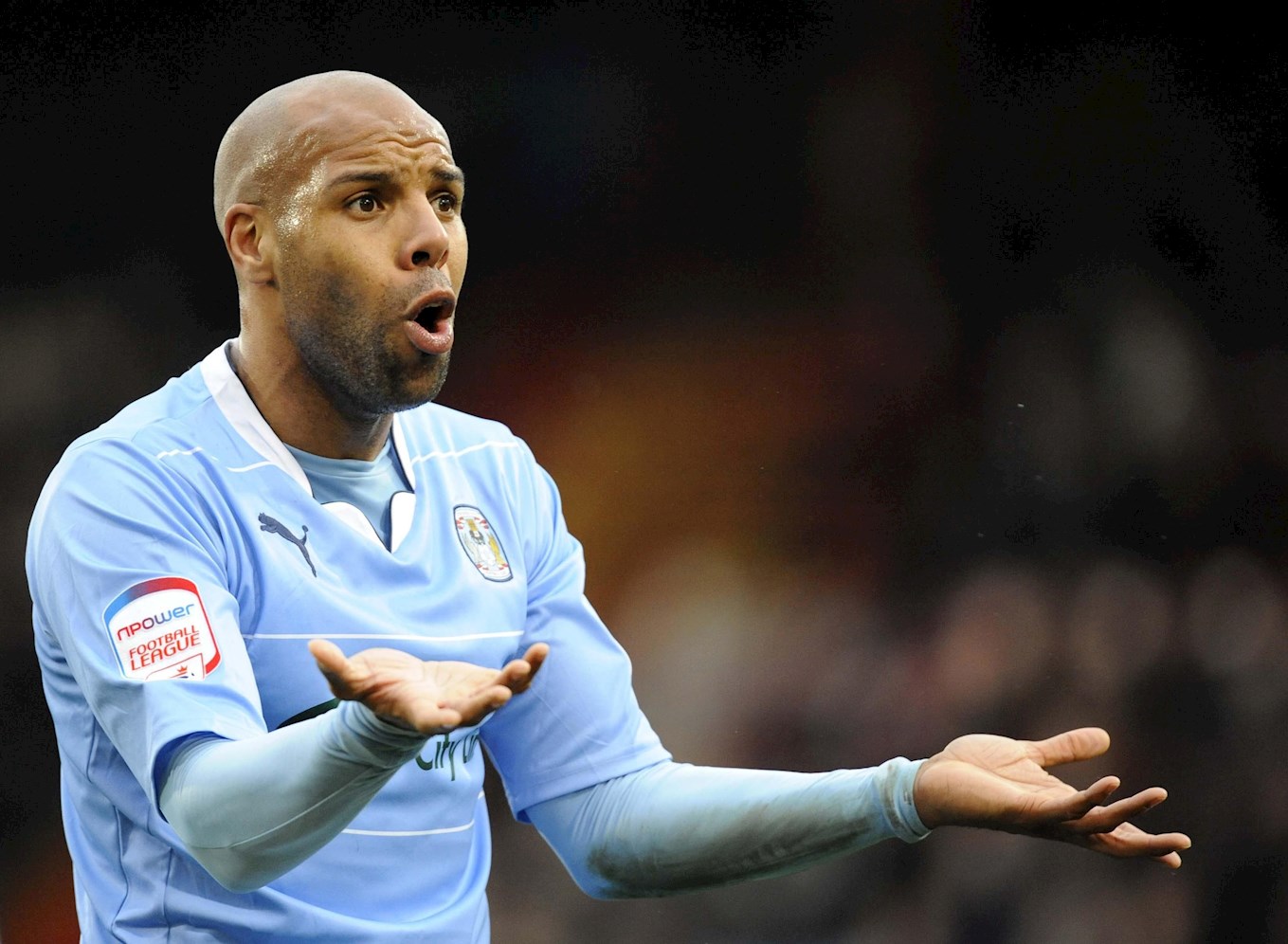 Jamaica international Marlon King starred for Gillingham in the early stages of his career before a season-long spell with the Sky Blues revived his career.

King began his career with Barnet before enjoying a breakthrough spell with Gillingham, scoring 47 goals in 116 appearances to secure a move to Nottingham Forest in November 2003.

He struggled for form at the City Ground and was loaned to Leeds United, failing to score a goal for the Yorkshire club, before securing another loan move to Watford ahead of the 2005/06 campaign.

The striker returned to his best form at Vicarage Road, with his loan move made permanent in January 2006, scoring 21 league goals to help fire the club to promotion to the Premier League via the play-offs.

He departed the club having scored 37 goals in 87 appearances, before signing for Premier League side Wigan Athletic in January 2008.

However, King managed just one goal for the Latics and spent time on loan at fellow Premier League sides Hull City and Middlesbrough

After being sacked by Wigan, Sky Blues boss Aidy Boothroyd handed King a one-year deal in September 2010, with the striker scoring 13 goals in 29 appearances to be named as the club’s Player of the Year.

He left for Birmingham City in July 2011 and scored 32 goals in 79 appearances for the West Midlands club, before finishing his career at Sheffield United.