The Sky Blues take on Milton Keynes Dons in the first round of the Carabao Cup on Saturday as City return to competitive action this weekend. Here’s everything you need to know about our opponents. 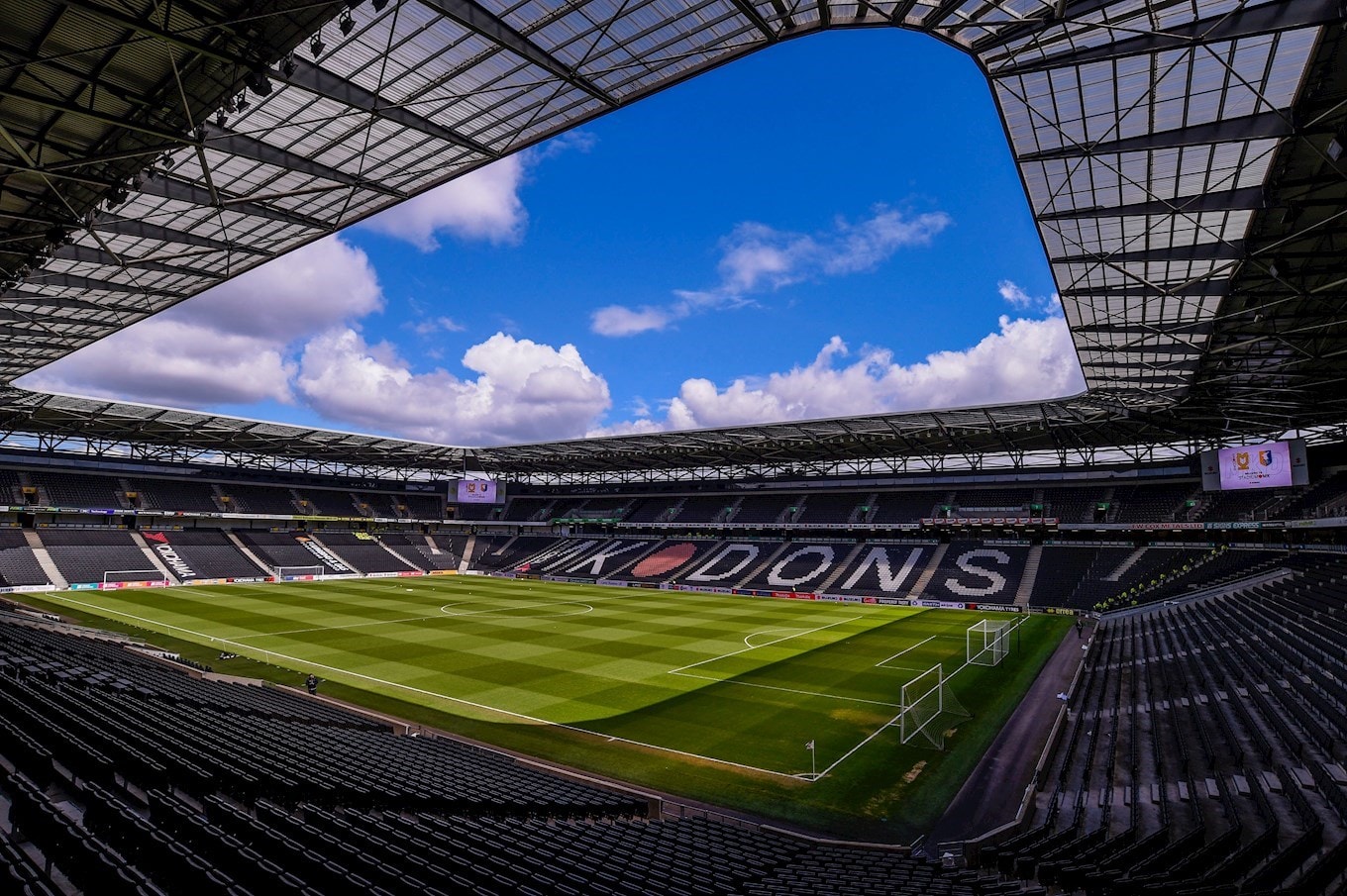 MK Dons will be looking to improve on last season’s 19th place finish in the curtailed Sky Bet League One season and have made several changes to their squad under new boss Russell Martin.

They have however lost a host of key players including defenders Joe Walsh and Jordan Moore-Taylor, midfielders Conor McGrandles and Ben Reeves and top scorer Rhys Healey.

The Dons faced the Sky Blues on three occasions last season drawing both league fixtures, whilst also claiming a 2-0 win in the EFL Trophy. 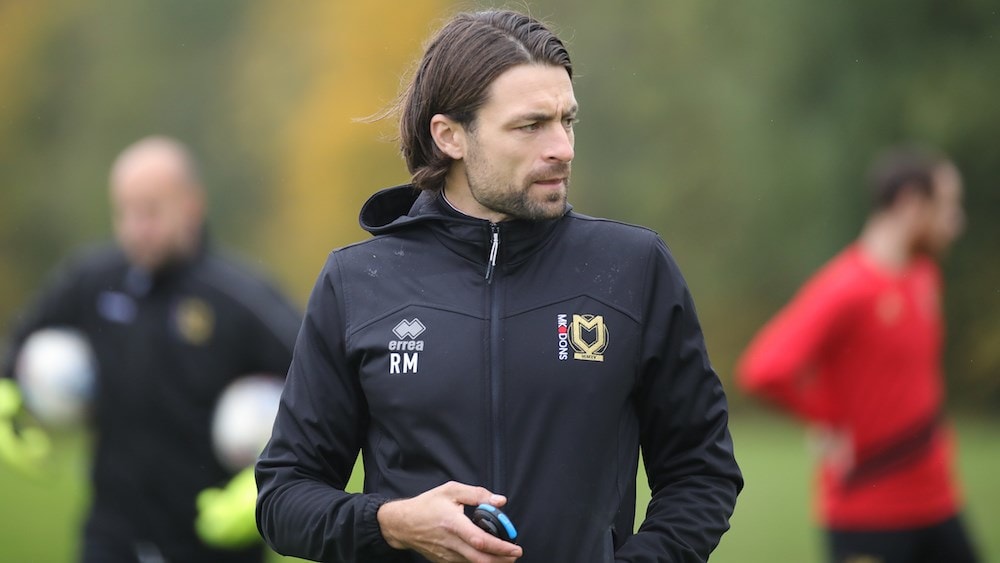 Russell Martin has been in charge at Stadium MK since November 2019 and has impressed during his short time in charge of the club.

The 34-year-old finished his playing career with the club, announcing his retirement from football following his appointment as manager, having helped the Dons achieve promotion to League One, as a player, the previous season.

He has overseen 23 games in charge recording seven wins, six draws and 10 defeats in all competitions.

Martin has an impressive CV as a player, winning promotion on five separate occasions with Peterborough United, Norwich City and MK Dons and was capped 29 times by Scotland. 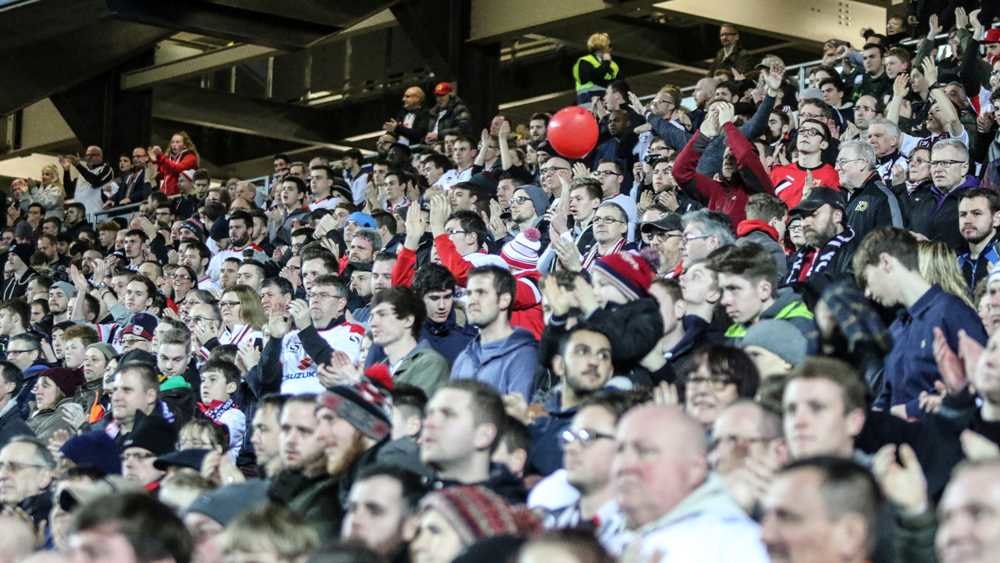 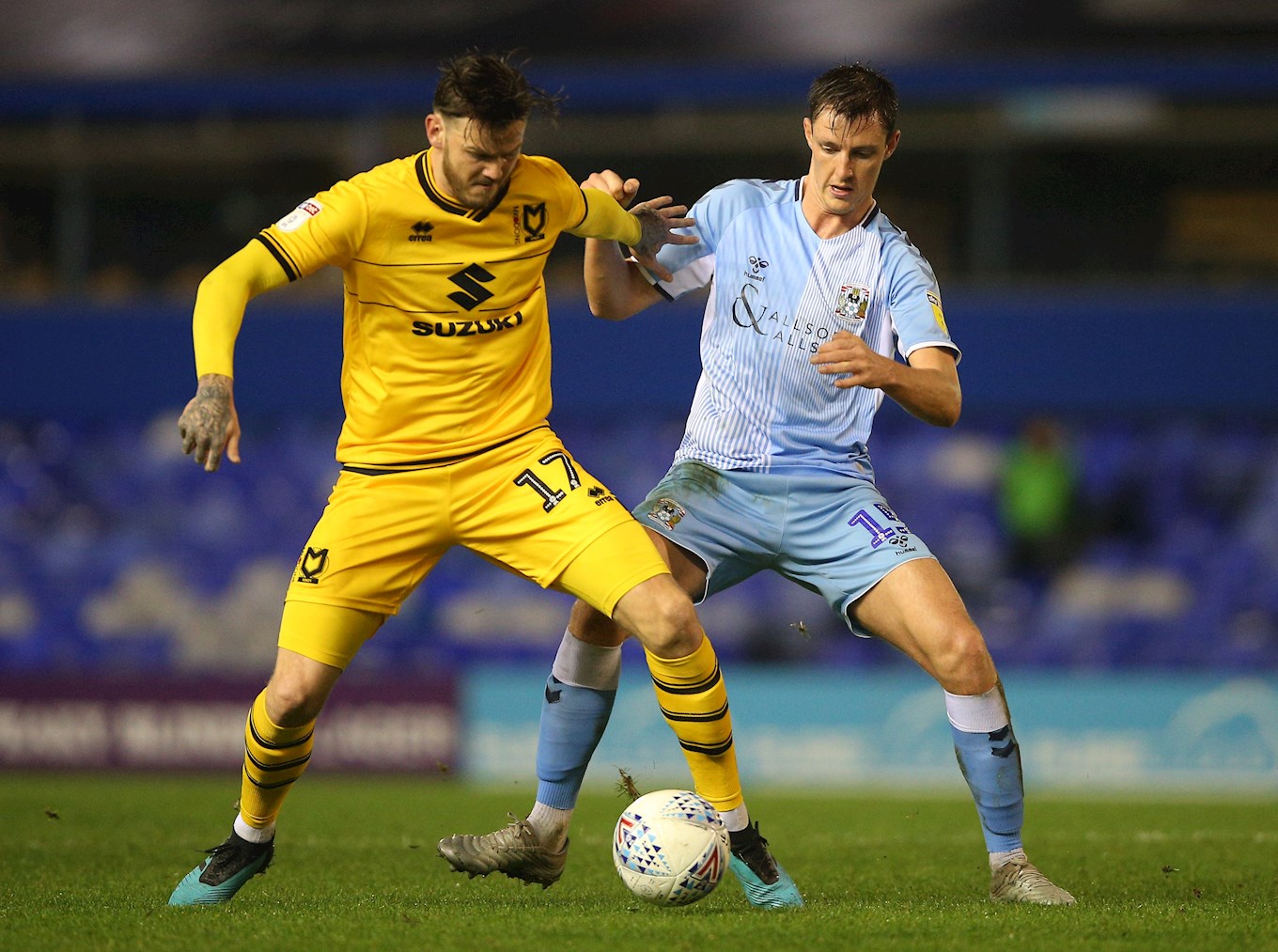 The two sides last met, in a competitive fixture, in January with the Sky Blues being held to a 1-1 draw at St Andrew's.

Sam McCallum scored a superb 25-yard half-volley inside the opening minute to give City an early lead.

The Sky Blues came close to doubling their lead when Jordan Shipley’s effort from the edge of the penalty area was tipped behind by Lee Nicholls.

The pressure continued when Fankaty Dabo broke clear down the right before cutting the ball back to Liam Walsh, with Nicholls equal to the shot.

The MK Dons stopper was called into action again in the second half, denying Matty Godden with his feet, after the striker had been slipped through by Callum O’Hare.

Shortly after, he made another smart stop with his feet to deny Max Biamou, to keep the visitors in the contest.

The Dons equalised, against the run of play, when Carlton Morris drilled home from close range, after City had failed to clear their lines.

Alex Gilbey then almost snatched the points for Russell Martin’s side, but saw his venomous effort flash past the post. 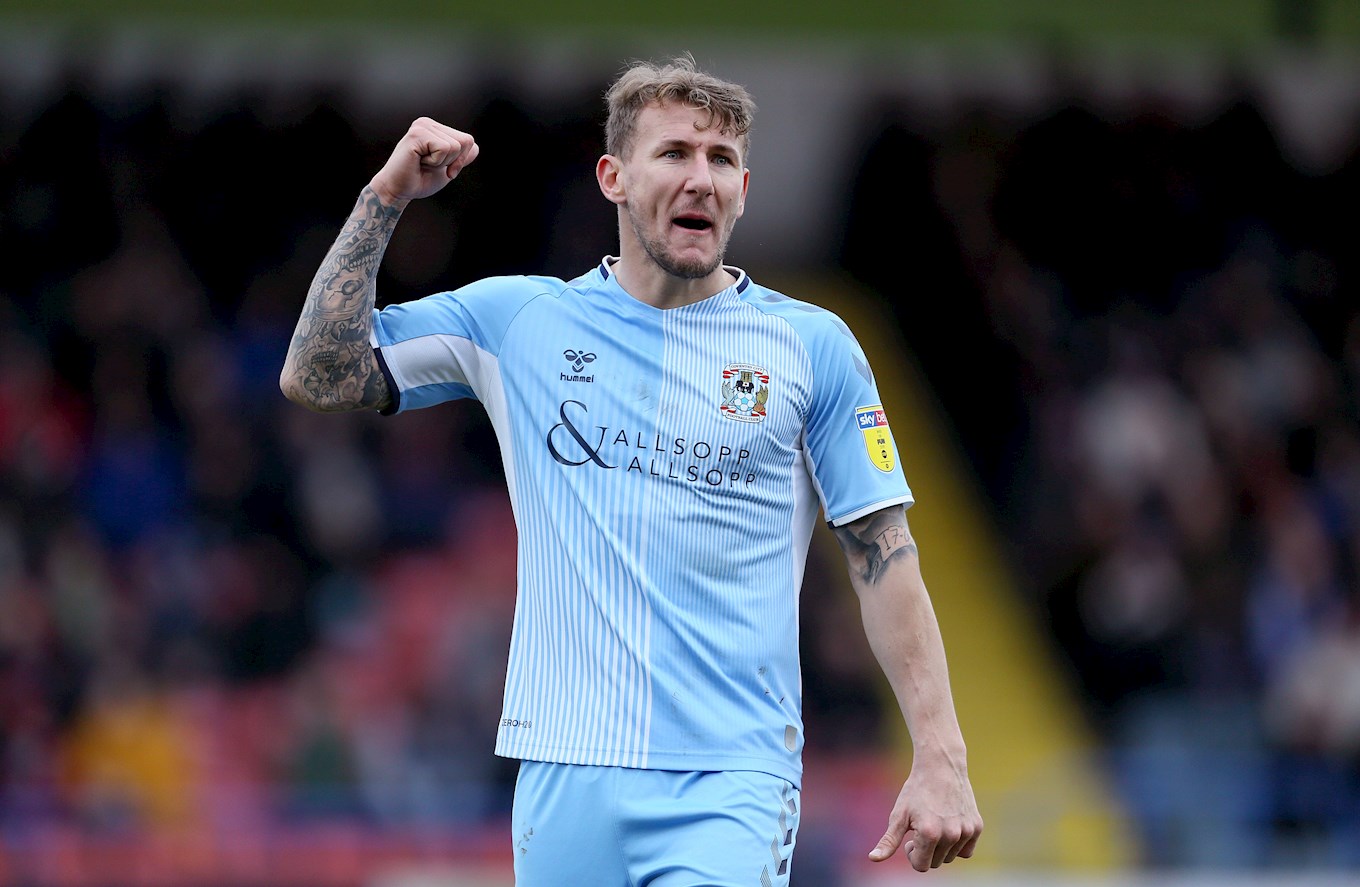 Current Sky Blues defender Kyle McFadzean spent two seasons with the Dons prior to his arrival at City last summer.

McFadzean began his career with Sheffield United, making one appearance for the club, before signing for non-league side Alfreton Town ahead of the 2007/08 campaign.

His impressive displays for the Derbyshire side saw him join Conference Premier side Crawley Town in August 2010 and was named in the Team of the Year as the Red Devils stormed to the title during his first season with the club.

The defender helped Crawley achieve back-to-back promotions the following season, in their maiden Football League campaign, and was once again named in the Team of the Year.

After making 156 appearances for Crawley, scoring 10 goals, he joined MK Dons in the summer of 2014, helping the Dons achieve promotion to the Championship in his first season, the first time the club had reached the second tier of English football.

Following a two-season spell with MK Dons, he would spend three seasons with Burton Albion, signing for a club record fee, and helped them retain their Championship status in the 2016/17 campaign.

Having made over 100 appearances for the Brewers, McFadzean joined the Sky Blues last summer and was a key part of Mark Robins defence as City won the Sky Bet League One title. 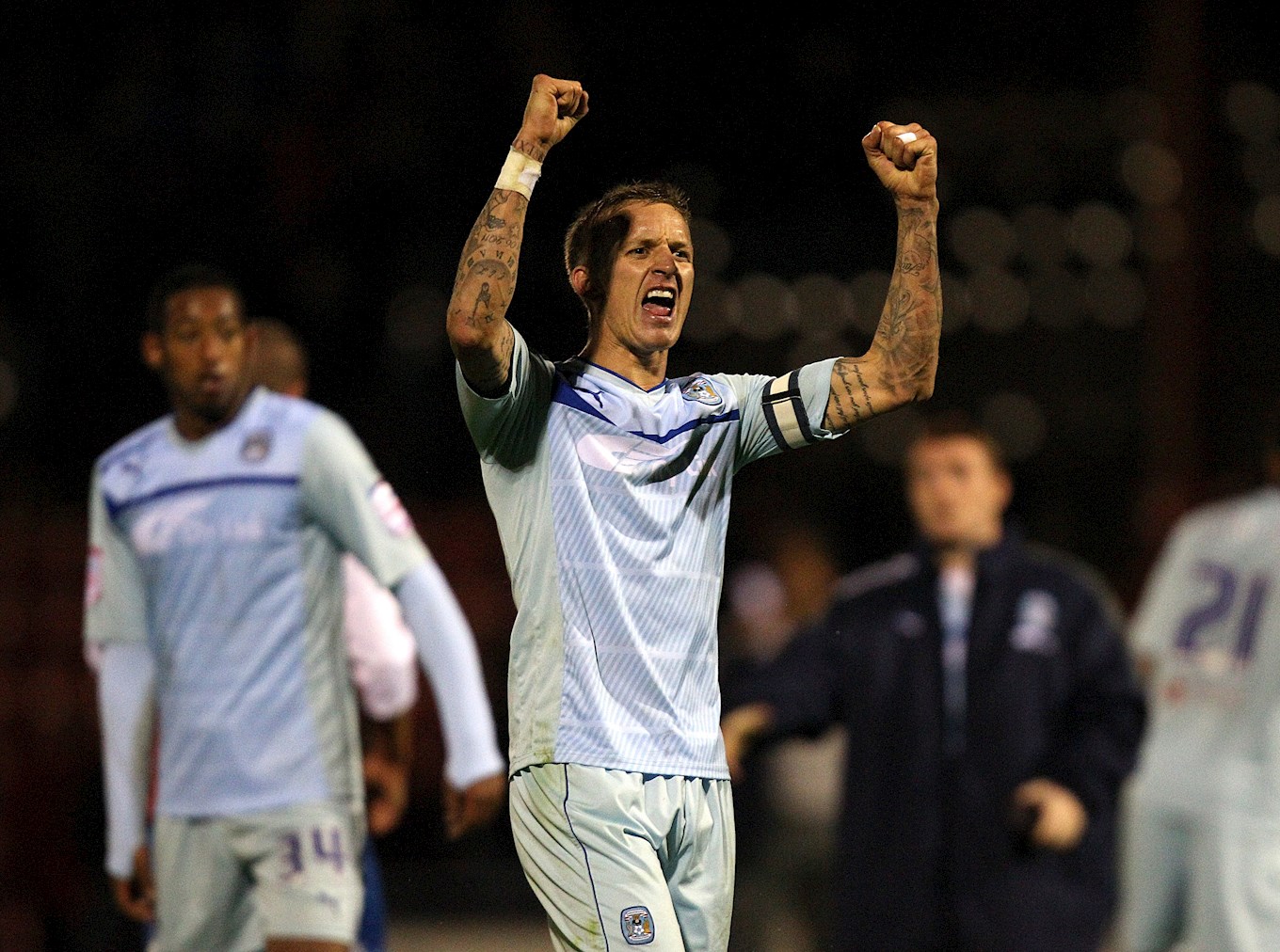 Sky Blues favourite Carl Baker appeared for both clubs during his playing career, enjoying a four-year association with City, before then joining MK Dons.

Baker began his career in non-league football with Southport helping them win the Conference North title before being snapped up by Morecambe for a club record fee ahead of their maiden Football League campaign.

After just one season with the League Two club, in which he scored 10 goals, he departed for League One side Stockport County.

He impressed once again in his new surroundings, scoring 13 goals during his second season with the club, with his displays catching the eye of Sky Blues boss Chris Coleman.

The midfielder signed for City in January 2010 and after making a steady start to life with the Sky Blues, he quickly became a fan favourite.

Baker was named as the Sky Blues captain ahead of the 2012/13 campaign, winning the Player of the Year award for his displays throughout the season, and would go on to make 182 appearances for the club, scoring 28 goals.

Following his departure from the club in the summer of 2014, he signed for fellow League One side MK Dons and would enjoy a fine two-year spell at Stadium MK.

He helped the club achieve promotion to the Championship, for the first time in the club’s history, in his debut season, scoring nine goals in 32 appearances to be named as Player of the Year by the club’s supporters.

Baker would spend one more season with the Dons before joining League Two side Portsmouth in the summer of 2016, helping Pompey return to the third tier as champions, scoring nine goals in 45 appearances.

Brief spells with Indian Super League side ATK and back with the Sky Blues were both curtailed by injury, before returning to football with Nuneaton Borough.

He departed Nuneaton in January 2019, due to the club’s financial situation, joining fellow National League North side Brackley Town, before retuning to Borough ahead of the current season. 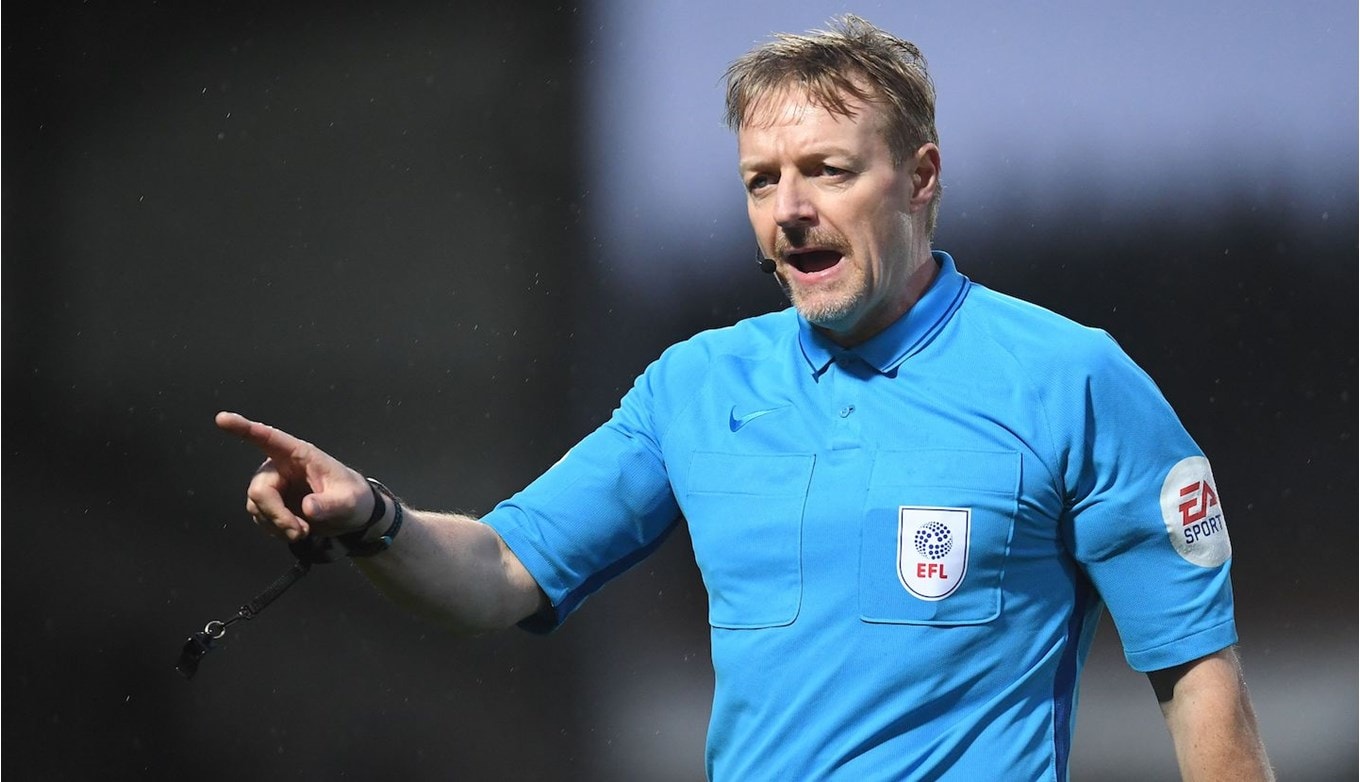 Trevor Kettle will be the man in the middle on Saturday afternoon, taking charge of his first game of the 2020/21 season.

Kettle was the man in the middle for the Sky Blues last competitive fixture, before the curtailment of the League One season, when City defeated Ipswich Town 1-0 at Portman Road.

This will be Kettle’s 17th season as a Football League referee and he has officiated the Sky Blues on 17 occasions during that time with City recording eight wins, three draws and six defeats.

He will be assisted by Darren Blunden and Daniel Cook with Scott Williams acting as fourth official.